Bandai Namco built up Tekken 7 as the end of an era, teasing the end of the series as players knew it. In a sense, that proves to be true. However, there's still much for the series to explore going forward. That's for the best, because the Tekken formula shows itself to be as strong as ever, with Tekken 7 feeling every bit as solid as it is familiar. 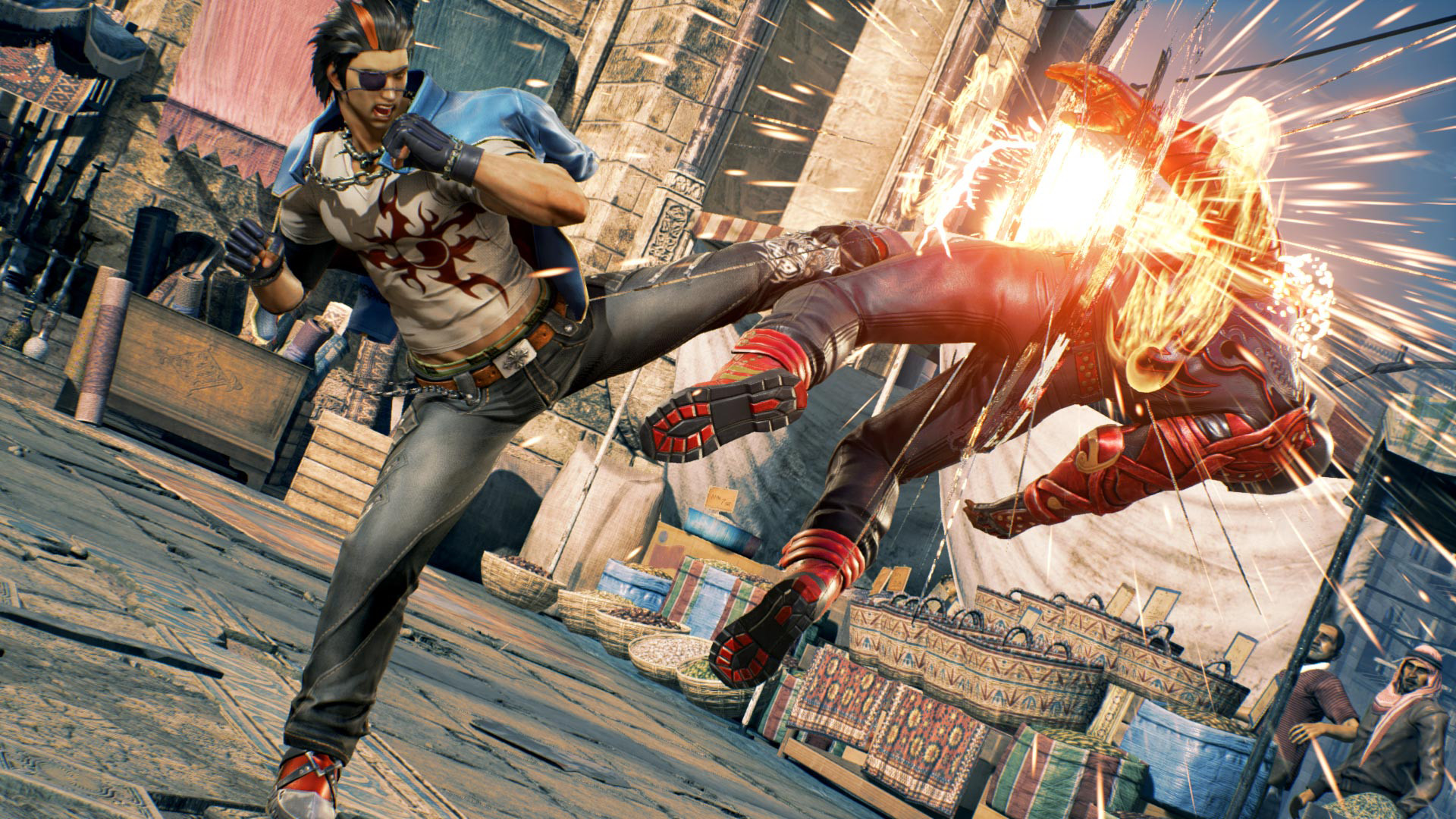 Those that have played previous iterations of Tekken will feel right at home with Tekken 7's fighting mechanics. Fights still take place on the 2D plane, with the ability to string together combos and sidestep attacks to try and gain an advantage. There's an emphasis on finesse and timing, with less of a focus on projectiles and aerials. Specials are less about quarter circles and more about button combinations. Tekken 7 retains this idea in spades, enough so that certain classic combos work just as well now as they did back in the day.

Where Tekken 7 starts to differ from its predecessors is in building on the previous game's Rage system. The one-time-use Rage Drive can help set up longer combos, while the Rage Arts can turn the tide of battle completely. Using the Rage Art as a last-ditch effort is an interesting addition, especially since it gives the character enough extra armor to withstand most killing blows. It is a literal last gasp and makes the end of every match that much more suspenseful. 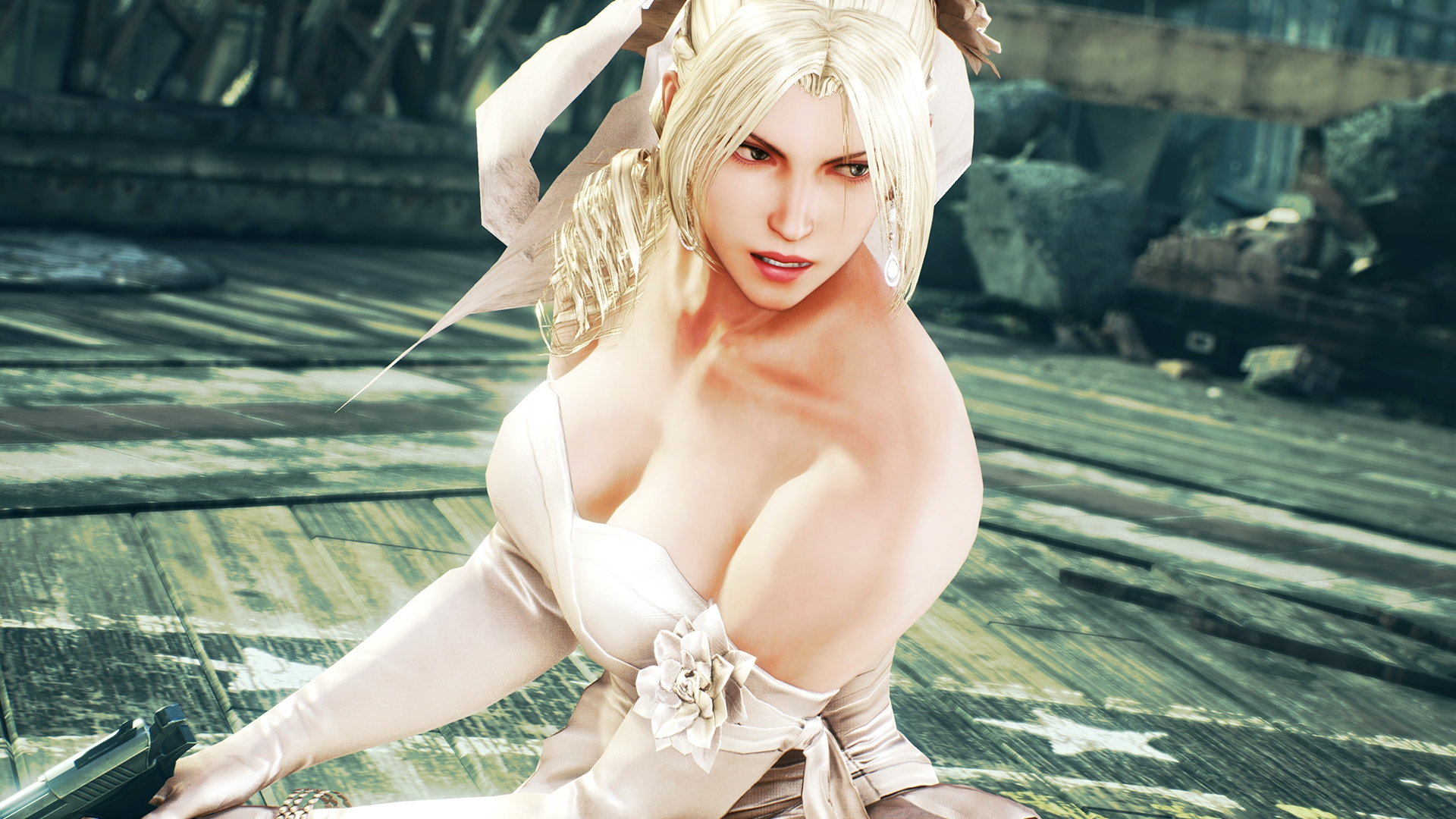 Tekken 7 has enough of a foundation to make it worth returning to frequently, especially with customizable elements. This is particularly spotlighted with the game's Treasure Battle mode, where the idea is to take out strings of fighters and earn rewards along the way. While these rewards will include art or cinematics, they'll often come in the form of cosmetic loot.

Each character will have numerous pieces of attire, ranging from different shirts, hats, alternate colors, and random accessories. Some of the items are character-specific, but others can be mixed and matched between characters to give them a distinct look. There are hundreds of different items and combinations, making the Treasure Battle grind feel worthwhile.

While it would be tempting to make the Treasure Battle a straight endless grind, Bandai Namco keeps things varied as best it can. Certain matches will come with modifiers, such as turbo speed. Other "Special Matches" will pit players against boss characters for rare loot boxes. Victories will also earn healthy amounts of Fight Money to go on top of the loot boxes, meaning players can earn towards particular pieces of gear that they're seeking. Because there's so much Fight Money to go around for different game modes, Bandai Namco is operating Tekken 7 without real money microtransactions, which is laudable given how tempting it would be to charge for a cool cosmetic item like that New Japan Bullet Club T-shirt.

If Tekken 7 has a weakness, it's with the Story Mode. "The Mishima Saga" delivers what it promises, in that it definitively ends the long-running conflict between Heihachi and Kazuya. But those that have followed the story will quickly be reminded of how utterly odd and whacked out the entire narrative is. It's hard to go into specific absurdities without diving into spoilers, but it's safe to say that if a plot point feels particularly strange, don't look for the story to explain it in any sort of detail. The showdown between Heihachi and Kazuya from inside a volcano, originally teased in the game's trailer, is easily the story's highlight, but there's a whole lot of nonsense leading up to that point. The Story Mode isn't all bad, though, as side stories focus on the rest of the Tekken 7 cast and these asides often prove to be amusing, embracing the series' sillier side.

The other thing to note is that the Story Mode does little for Tekken novices. On top being a narrative turducken, it barely serves as a helpful way to teach the game, since there are special move and Rage Art shortcuts at every point. An effective Story Mode would teach the mechanics of the game while telling a powerful story, but Tekken 7's falls short on both those counts. Newcomers would be better served to jump into Practice or the Arcade Mode. The Practice Mode especially deserves praise for not only teaching the intricacies of performing moves, but also going out of its way to help new players by explaining timing and showing off video examples.

While Tekken 7 doesn't offer a lot of varied game modes, it excels with the ones that it does feature. The fighting features enough new additions and familiarity to appease experts, while remaining as accessible as ever for newcomers. On top of that, the numerous customization options ensure that there's always something worth fighting for, in-between trying to prove dominance online. The Mishima Saga carries on the series legacy in the sense that it's a mess of a story, but even that spotlights how well Tekken's visuals have adapted to the new generation of hardware. With an iron fist, Tekken 7 proves that it deserves to stand with the best in the genre.

Summer in Mara review: Maybe I should have stayed at home
Review for
Tekken 7
8
Pros
Cons
Login / Register