While Amazon, Best Buy, Walmart and GameStop sit on what’s already a fairly low number of Next Gen consoles, some Mom & Pop stores we’re taken out of the loop, and got nothing.

I reached out to a local Video Game Store Owner, who preferred to remain anonymous due to punishment from Microsoft and Sony. “I have one of the biggest distributors in the market……I’ve been calling once a day, every day, for the last 30 days asking about PS5’s and Xbox’s”. The local store owner went on to say that his distributor was told by Sony that they would be receiving 2,000 units of PS5s, for the entire United States. Microsoft did one worse, and refused to give any information to the distirbutor and went completely radio silent. "This affects my business…” said the store owner, who went on to state that he makes very little off selling the next gen hardware. “I buy PS4s and Xbox Ones for about $20 off MSRP. They won't even give me a price for current gen yet” 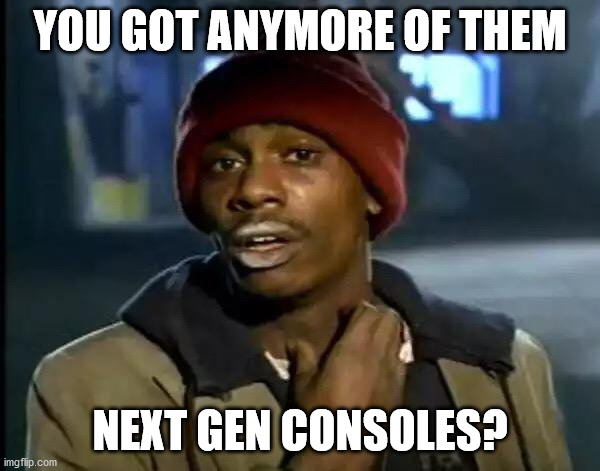 Meanwhile our local GameStop even got a few to hand out but not many. “I think they got two Xbox Series X’s” He stated. Even if the profit margin of the consoles is thin, simply having them in stock gets people into his store and they might make an impulse purchase or buy a few controllers. “I have the biggest video game store in the county and they sent me zero”. After talking to him for a good 45mins, it was pretty clear that Microsoft and Sony shifted what limited inventory they had away for smaller distributors, and gave priority to the “Big box” stores like Walmart. “It sucks, because I have to call the people that pre-ordered and tell them I can’t get them their consoles till 2-3 weeks after launch, and I can’t even promise them that…I’m going to lose customers over this”. I asked him if he could go directly to the manufacturer and purchase them there. “I’d have to order like 10,000 Xbox’s, even if I had the money to buy 10,000, I doubt I could sell them all in my area” It’s really unfortunate that bigger stores are getting priority in this case, not only is his store effected, but hundreds of others as well as the distributor itself. That’s revenue lost across the board and negatively impacts these small businesses. Obliviously COVID-19 is a big factor in this situation, but in the end small stores are the ones effected the worst. Walmart, Amazon, Best Buy and GameStop will survive, well maybe not GameStop, but you get the idea. If you’re reading this try to shop small if you can, support your local store, they need all the help they can get right now.