After what feels like decades of waiting for an actual Halo TV show or movie, Paramount’s Halo series is finally here. I didn’t immediately jump on board, partially because I had no idea whether the powers at be would be generous enough to allow Australians to sign up and watch and mainly because signing up for yet another streaming service seems to be slowly taking us back to the day of signing up for multiple packages of Foxtel. But I’ve bitten the bullet, signed up, and watched the first episode of Halo, and I’ve got some thoughts.

Let’s not bury the lede or mince words here. So far, I am unimpressed with what I’ve been watching. As a long-time Halo aficionado, writing that pains my soul. There are a multitude of problem I’m having with the show and the all kind of revolve around the presentation of Master Chief, his team, and the writing.

As far as Master Chief goes, the Mjolnir armor looks great. This massive Spartan-II looks imposing standing – and even sitting – next to other humans. They’ve also maned to nail the head-to-body size ration, which is often where a lot of costumes fail. I am, however, irked that we see Chief’s face in the first episode. I think waiting for a more dramatic moment or just plain avoiding showing Schreiber’s face like Wilson from Home Improvement would have added a nod to the games. 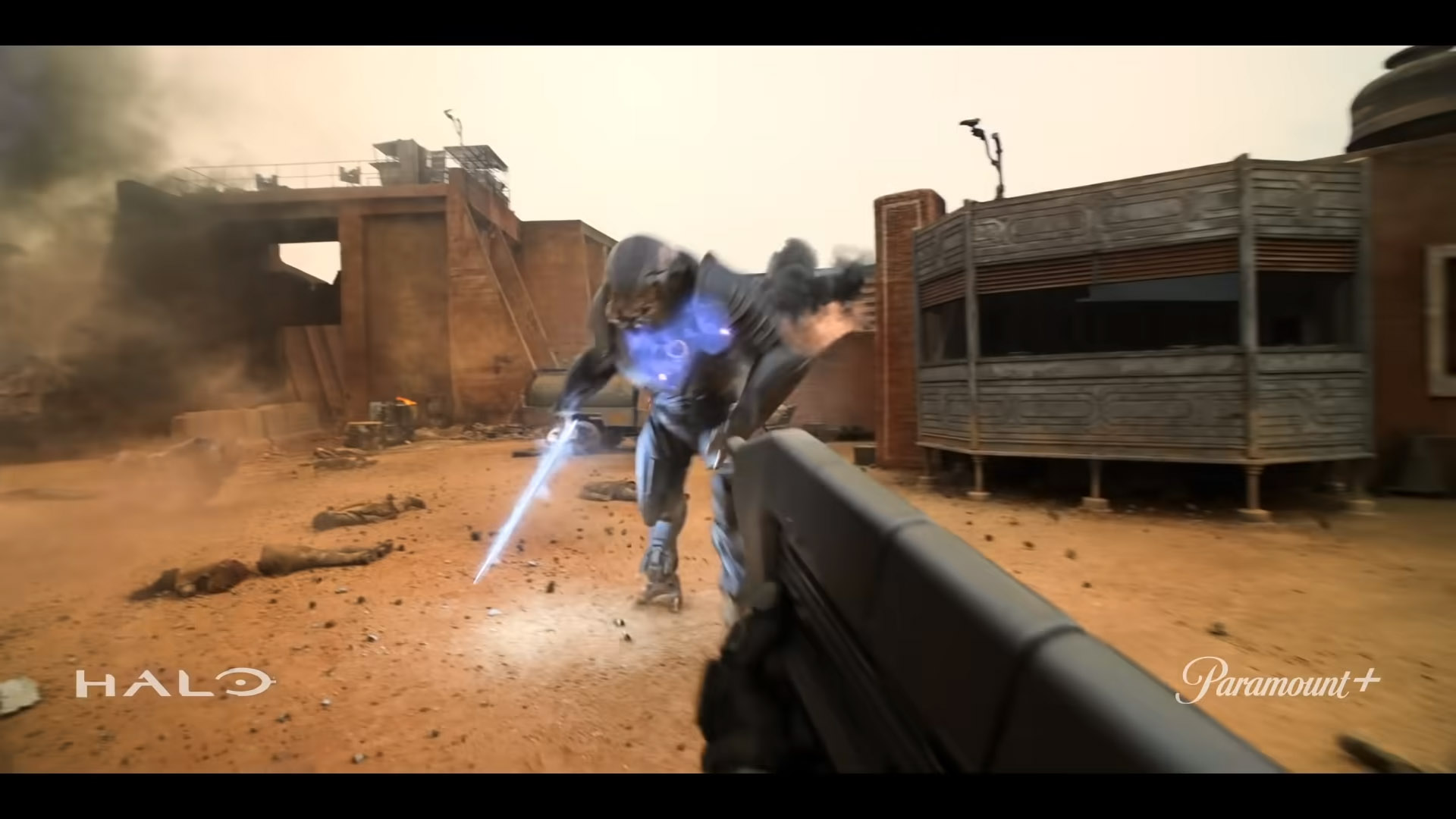 But one element of Chief’s armor made me recoil in horror, and that was the first-person perspective with the radar, grenade count and the Assault Rifle to boot. It feels so forced and doesn’t really add a whole lot to the experience of Chief’s power. In fact, the narrow field of view actually made it feel claustrophobic and limiting, and I’m not entirely certain that was the intention.

Aside from that, Chief’s movement throughout the scenes, fighting or otherwise, does seem to imitate the rigid nature of the military and John’s robotic nature. In saying this, there looks to be a great flow to the action as the Spartan’s work together to kill any Elites they encounter.

Where the whole experience starts to fall down is with the narrative. For some reason, the show is starting in the midst of the Covenant war, prior to the destruction of Reach, and before the discovery of Halo. There’s no initial discovery of the Covenant forces, no introduction of the Spartan-II program, no easing in to the grand narrative like there is with Apple TV’s Foundation.

Furthermore, the lack of iconic characters from the books and games is glaring oversight. For starters, who the hell is Riz, Vannak, and Kai? Why is it called Silver Team? What happened to Linda, Kelly and Fred? And most importantly, where is Mendez and Johnson? 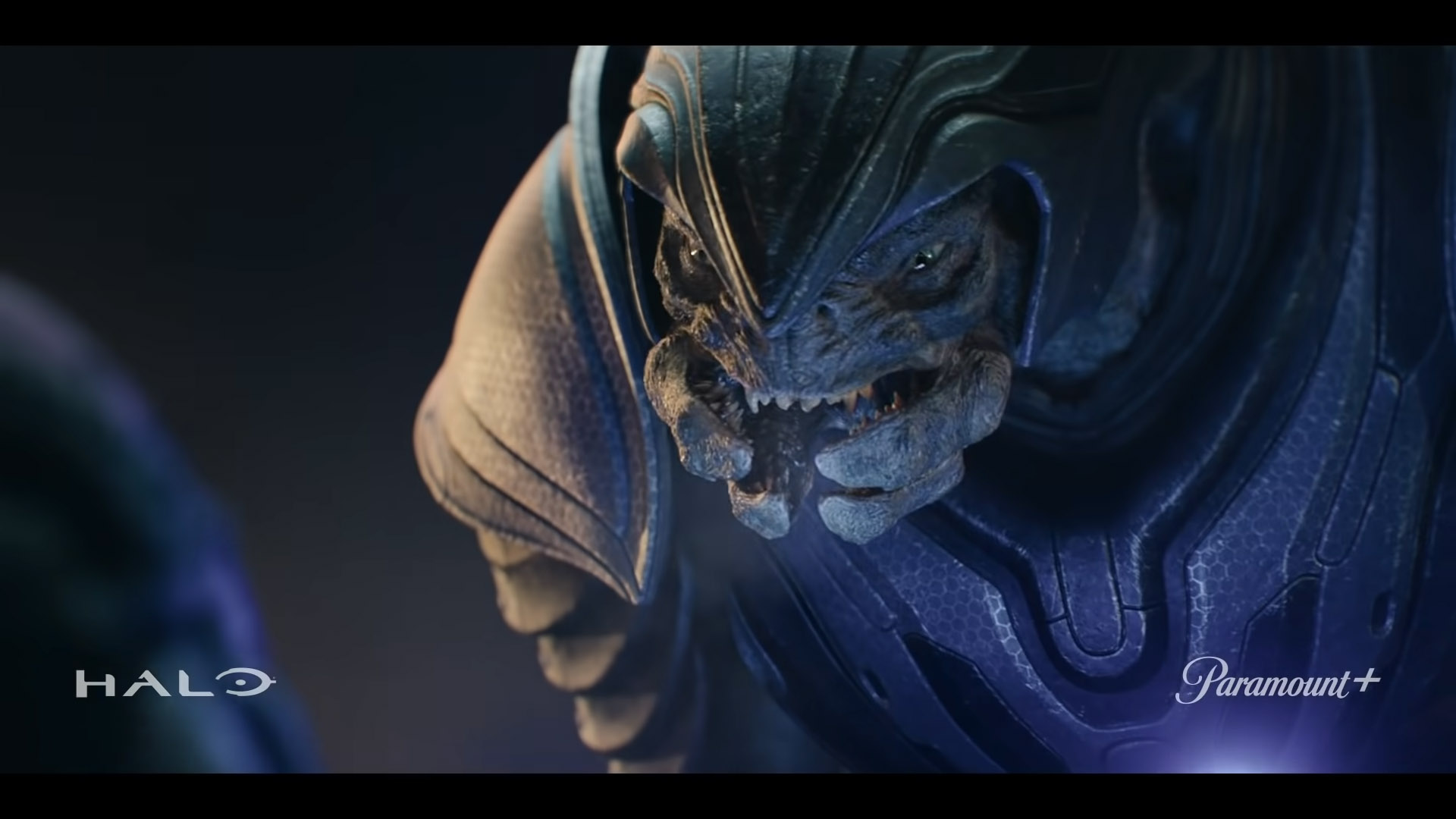 All of this pales in comparison to the clumsy writing. To set the scene, the Spartans arrive at a colonist compound to fight a squad of Covenant Elites. The only survivor is a young girl, who Chief takes with him. Miranda Keyes requests that the girl make a propaganda video, praising the Spartans, and when she refuses, Chief is given the order to kill the girl. The whole exchange is clunky and formulaic, where the outcome of the scene is exactly as you would expect.

At this point, we’ve got Chief basically going rogue in the first episode, an event that is happening far too early compared to the timeline of the games. So while Chief struggles with refusing a direct order for the first time, Miranda talks with her dad, Jacob. The exchange is as follows:

“We’re murdering a teenage girl and I’m complicit.” Says Miranda.
“We’re in a war, Miranda. The future of humanity–” Replies Jacob.
“What’s the point in saving humanity if we’re going to give up our own?” Says Miranda.

It’s too early in the season to be throwing around such on-the-nose lines. I think the audience could have figured out the age old theme of losing humanity to save society without having a main character literally speak the words.

And it all just kind of continues from there. Really, at no point, does a scene challenge the viewer to think about what’s going on or call into question the motivations behind characters. It feels rather surface level, which isn’t what I would expect from a Hollywood writer’s room, especially following other fantastic sci-fi shows like Foundation (I also hear The Expanse is quite good).

There’s still hope for an interesting story to come of this, but I think the moment-to-moment exchanges between characters has reached its depth. One element that I hope eventuates into something worthwhile is the human living among Covenant society.

If you’re a fan of Halo, you’re likely going to be of two minds about this: more forgiving of the problems because it’s Halo and more Halo is always great and more critical of this, because you know the franchise well.

Who the heck is Silver Team?