The third DLC character of Guilty Gear Strive is Happy Chaos, and he is out for Season Pass holders (coming on December 3 for everyone else). One of the primary antagonists of the story in Guilty Gear Strive, Happy Chaos doesn't really care whether he wins or loses. True to his name, his greatest joy is to cause turmoil in the human race so they don't become blind to emotion and feeling and lose their humanity. He is, indeed, happy chaos in the events of Guilty Gear's world. And he plays just as wild. Let's break him down.

Happy Chaos is a gun wielder and it plays heavy into his character. His normal moves are pretty loosey goosey, but it's his handling of the revolver pistol on his hip that makes him ridiculously dangerous. By using the Hard Slash button or a special quarter-circle forward + Slash command, Chaos draws his gun and starts aiming. Regardless of the method, he takes a button press to draw, but then he can start firing the gun at opponents.

What makes this nasty? Well, he has finite ammo (six bullets before reload) and a focus meter which must have something left to perform a firing action, but if these two things are in stock, he can fire the gun at any moment the Hard Slash button is pressed - even in the middle of other attacks. This means where other characters would have to recover after a combo, Chaos can fill that recovery with a bullet shot. If he wiffs an attack with gun drawn, he can fire to keep an opponent from taking their turn to attack him. He effectively has the ability to close his gaps if his pistol is in play.

Don't get me wrong, Chaos has a very awkward feel to him. His normals without the gun to fill them are wacky and leave him all kinds of open. He has some other tricks, such as deploying a decoy in front of him that can take a hit or dodgerolling low and being able to pass through opponents if close enough, but properly keeping Chaos's bullets loaded and his focus high is where his game goes from sloppy to absolutely wack. 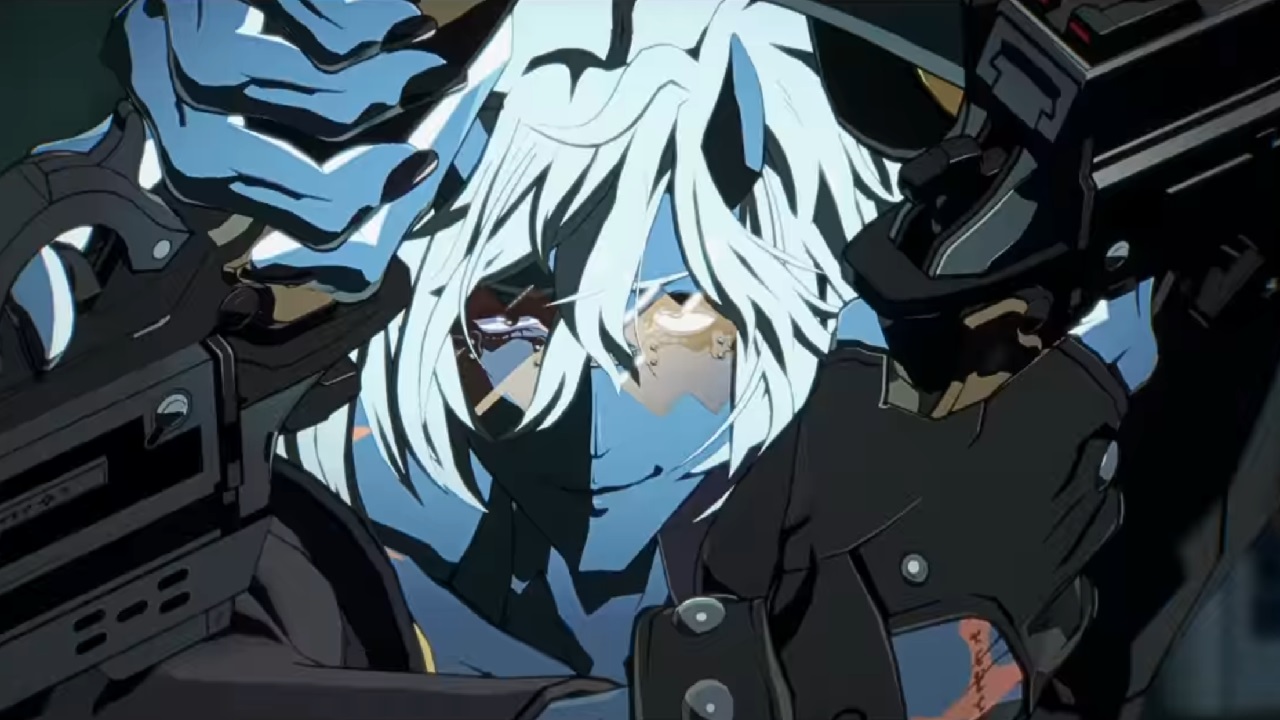 In terms of super moves, Happy Chaos also has one of the most versatile in the game. One is simply Super Focus. This restores his focus bar and allows him to use gun attacks regularly again (as long as his gun is loaded). The other one is far more deadly: Deus Ex Machina. Happy Chaos flourishes his guns and fires them into a portal with numerous portals opening around the opponent wherever they are on the screen. It doesn't matter where they are - on the ground, jumping, dashing, going over Chaos's head - this move tracks them.

What that means is that Happy Chaos is only ever one hit confirm or opponent whiff away from ploughing an opponent's life bar with a super attack. What's even more ridiculously wack is that it refills his revolver with full ammo once he does Deus Ex Machina, which I think might be a bit overkill. That means he has the potential to follow up with gun attacks immediately.

There are plenty of characters with great supers that have a lot of versatility. I would say they pale in comparison to just how easily Deus Ex Machina can be used, how much damage it does, and how it benefits Chaos immediately after. It's the full package.

Happy Chaos is tricky, not just to play against, but to use as well. His gun is a double-edged sword where players are going to have to figure out how to keep focus and reload if they want to use him effectively throughout a match. His moves require some very odd button timing that I've already found have forced me to relearn a lot of muscle memory that works on other characters because those patterns don't work here.

That said, Happy Chaos seems ridiculously fun and rewarding to learn. If you can nail the balance of his weaknesses, you have a character that can apply ridiculously unpredictable pressure, big damage, and an Overdrive super with massive utility. He comes complete with some mobility gimmick moves that allow him to get out of harm's way and take some pressure off or can even mess up an opponent's flow if used properly.

I think the amount of amazing Happy Chaos players is going to be slim, but I also think those that stick with this character and learn him well will be rewarded with a fun and versatile fighter.

That covers my thoughts on Happy Chaos. He's out for Guilty Gear Strive Season Pass 1 holders now and coming to sale for everyone else on December 3. Have you played him yet? Have you played against him? Let me know what you think of him!