I recently bought an electric scooter to get around my part of town without relying on my often out of commission gas-guzzling Expedition all the time. After looking around at the usual review sites and at some YouTube videos from people that focus on electric vehicles, I settled on the Segway Ninebot Max G30LP as the model that would suit my needs the most. Electric scooter rentals can be convenient, but using one regularly doesn't make sense when owning one isn't that big of a commitment compared to gas-powered transport. 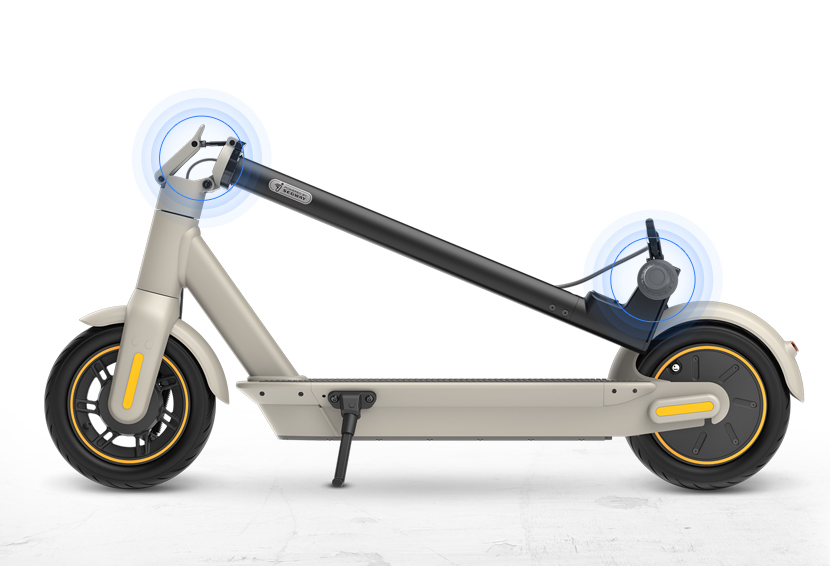 After posting about my purchase, I received a little bit of feedback from other Shackers interested in electric scooters so I thought this long overdue review would make for good Cortex content. First, let's get the basic specs out of the way for the Segway Ninebot Max G30LP.

With a retail price of $699, the Segway Ninebot Max G30LP is comparable to other scooters with similar specs, if not a little more expensive. There is a slightly older model of the Ninebot Max that is usually $100 more but it has a greater rated range of 41 miles, with most reviews testing it at around 25, putting it at the supposed rated range of its successor. I've found I can get between 12 and 14 miles out of the G30LP on a full charge, depending on the severity of inclines enroute, and that's using the highest speed mode. There are drawbacks of the older model, however, like a longer braking distance and a more severe power drop-off after depleting the battery, but we'll get to those soon.

I could probably push the max range of the G30LP to around 15 to 18 total miles using the slower 15 MPH limited Drive mode, and even farther with the 9 MPH limited Eco mode. I don't really need to travel that many miles in one day though, so I've been keeping the scooter on the Sport mode which tops off at around 20 MPH. It can go faster with a simple firmware hack, but I'm more than happy with its top speed out of the box and still feel a thrill when riding it over a smooth road or bumpy dirt path alike. Larger riders might feel a little squished onto the smaller deck while holding the shorter handlebars when looking at other scooters, but my average height and build fits nicely onto the G30LP.

I've put over 250 miles of riding into this scooter since I got it over six weeks ago now, and every one of them has been full-bore hard riding. Asphalt, gravel, dirt, or grass, this scooter will handle it all. I've driven it in light and moderate rain (and dried it off after arriving at my destination) with no ill-effects thanks to the IPX5 water rating. The all-metal body and solid construction of the Ninebot Max G30LP really impressed me. This thing looks and feels like a quality product and it absolutely holds up, even after all the rough rides I've taken. When compared to the scooters used by Lime that I see around town, they look like a toy next to the G30LP. 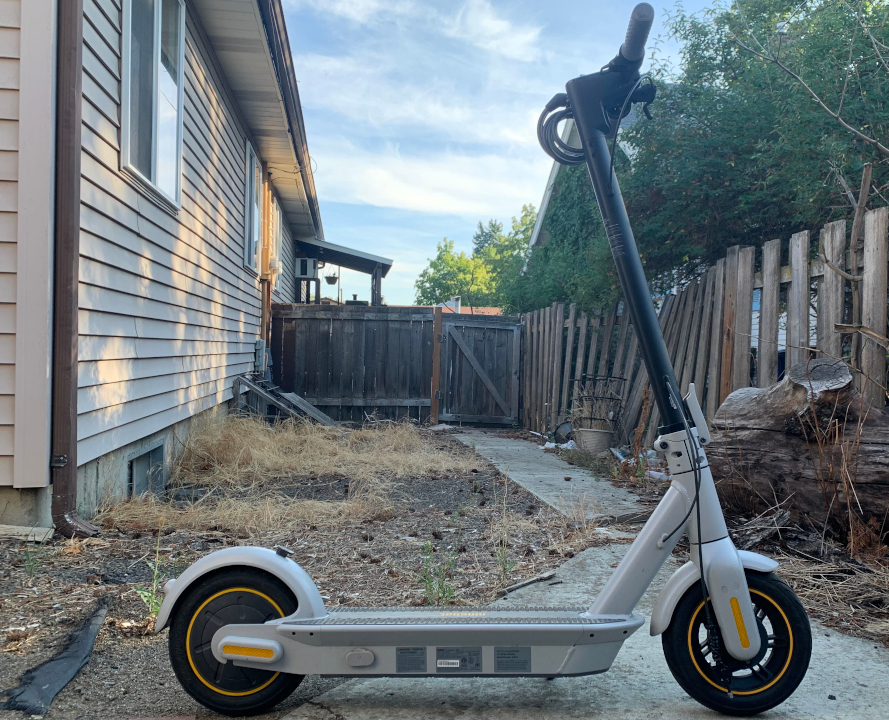 Getting back to the battery and power delivery, I've found when operating the new Ninebot Max G30LP between 100% and 65% battery capacity, it delivers the full power of the battery. At around 65% or less battery remaining, the top speed will drop by only 1-2 MPH and remains that way until the battery is on its last bit of charge. The older model will drop its top speed by 25% or more once you get to the 65-75% point on its battery from reports I've read and reviews I've watched, and that doesn't sound ideal.

The Segway Ninebot Max G30LP also has the best braking distance in its class, out performing comparable models from other manufacturers and the previous Ninebot Max alike. It can stop within 11 feet at full speed, with other scooters coming in at the 13-18 foot range. The large pneumatic tires provide a more solid and stable ride than the smaller wheels on rental scooter models, but the lack of actual shocks means larger bumps, cracks, and pot holes will shake you if you're not braced for them. The G30LP also allows for adjustable regenerative braking to supposedly help recharge the battery on long trips. Unless you are coasting downhill the entire way, this feature is literally useless and even at its most useful, would only provide minimal charge back to your battery.

Overall, I am extremely satisfied with the Segway Ninebox Max G30LP after really putting it through its paces. There are only two small complaints I have with this scooter, those being the flimsy charging port cover and lackluster acceleration rate, but they don't detract from the product too much, thankfully. It still feels like a fun and thrilling ride after more than a month of daily commutes, errands, and joyrides. Because electric vehicles require more care and caution in very cold or hot conditions, it's not a permanent replacement for me. Unfortunately the winters in my area are typically quite cold and snowy, so my broken Expedition will be fixed eventually for the coming season change. In the meantime, though, and when spring is upon us again, I will enjoy each ride I can take.

Acceleration rate could be a tiny bit snappier

A little more expensive than competing scooters with similar specs