Hoooooly heck, as much fun as I've been having with Guilty Gear Strive, I was wondering when they were going to show us the first of their DLC characters. It's the United States Secretary of Absolute Defense, Goldlewis Dickinson: A very large 'Murica loving, cryptic-in-coffin-swinging hoss. I knew he was coming but I didn't think they'd put him out as the opening act of Season Pass 1. And boy howdy does he look... different from the fighting styles I've seen so far. Let's break that trailer down shall we? First, have a look at it below.

Alrighty, let's talk about what we saw... what I saw in this character and what kind of fighter we're dealing with on July 27 when he comes out.

So right out of the gate, the very first thing I notice is Goldlewis's normal attacks. He's looking like Potemkin in the fact that he cannot move fast and and he cannot swing fast (although he has a dash. Kinda scary for a big boy). That said, his attacks cover some wide range, hit hard, and keep the opponent pressured on block. It looks like that coffin swing staggers guards from the looks of Faust and Chipp blocking it. 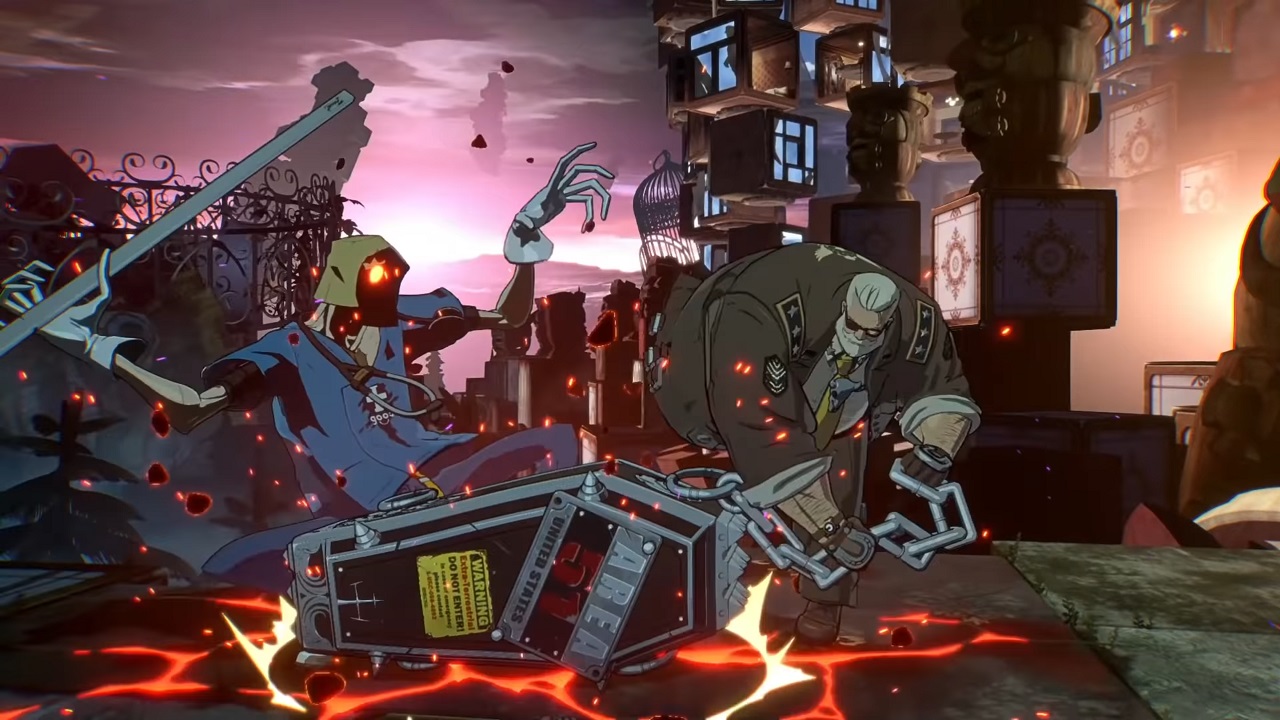 I'm not sure if that coffin swing is a normal, but it's used a lot in this trailer. It could easily be a special, sort of like Anji's Fuujin, but I suppose we'll find out soon enough. The main point is that Goldlewis has some bigtime pressure on block that will keep opponent's defense staggered. The issue? Man, he swings that thing slow. A good Chipp or Millia can waltz around that and eat him up on recovery if he whiffs. I get the feeling you don't want to just be throwing Goldlewis's weight around without a thought. That brings us to the other major part of his playstyle.

Gadgets for dayz & a pal to boot 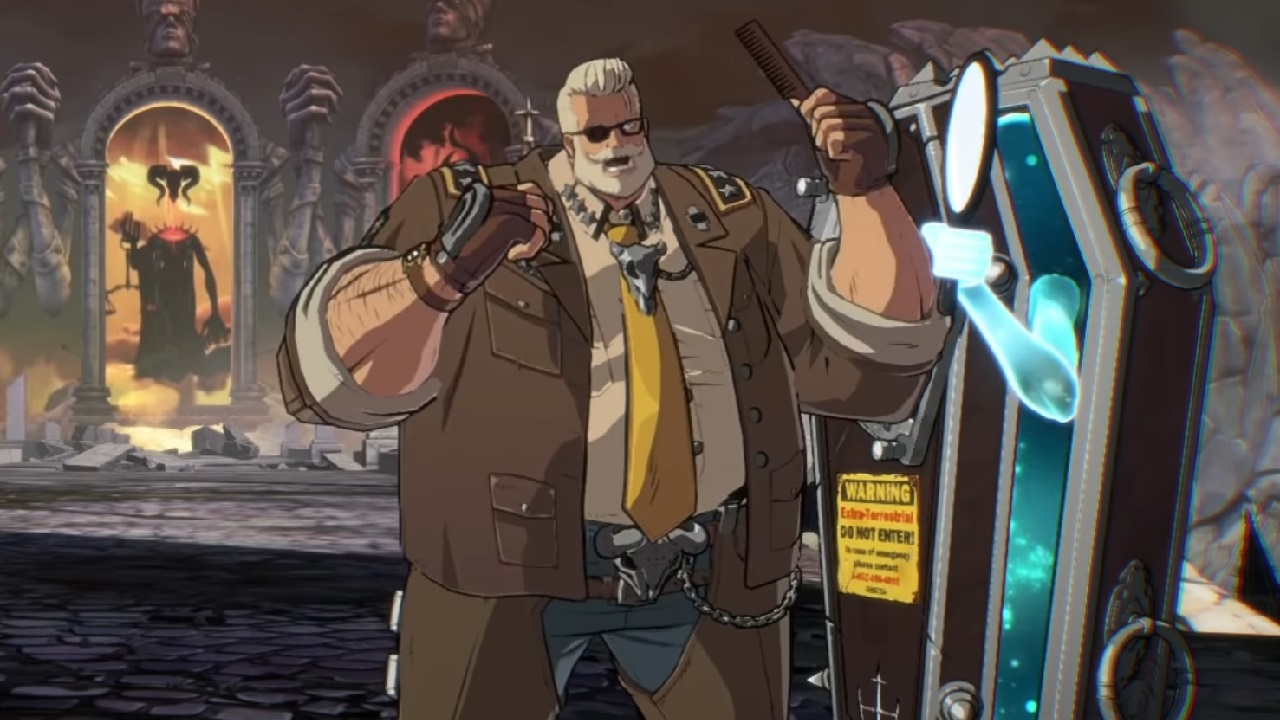 There's something inside that coffin, and it looks like it give Goldlewis quite the hand throughout his playstyle. Whatever it is, we get to see an arm and part of what looks like the cosmos (we see similar instances with Faust and his dimensional abilities, like on his throw). That arm swings on folks in several moves, such as Goldlewis's Dust attack. However, the big thing I noticed is the gadgets that were being employed out of it. 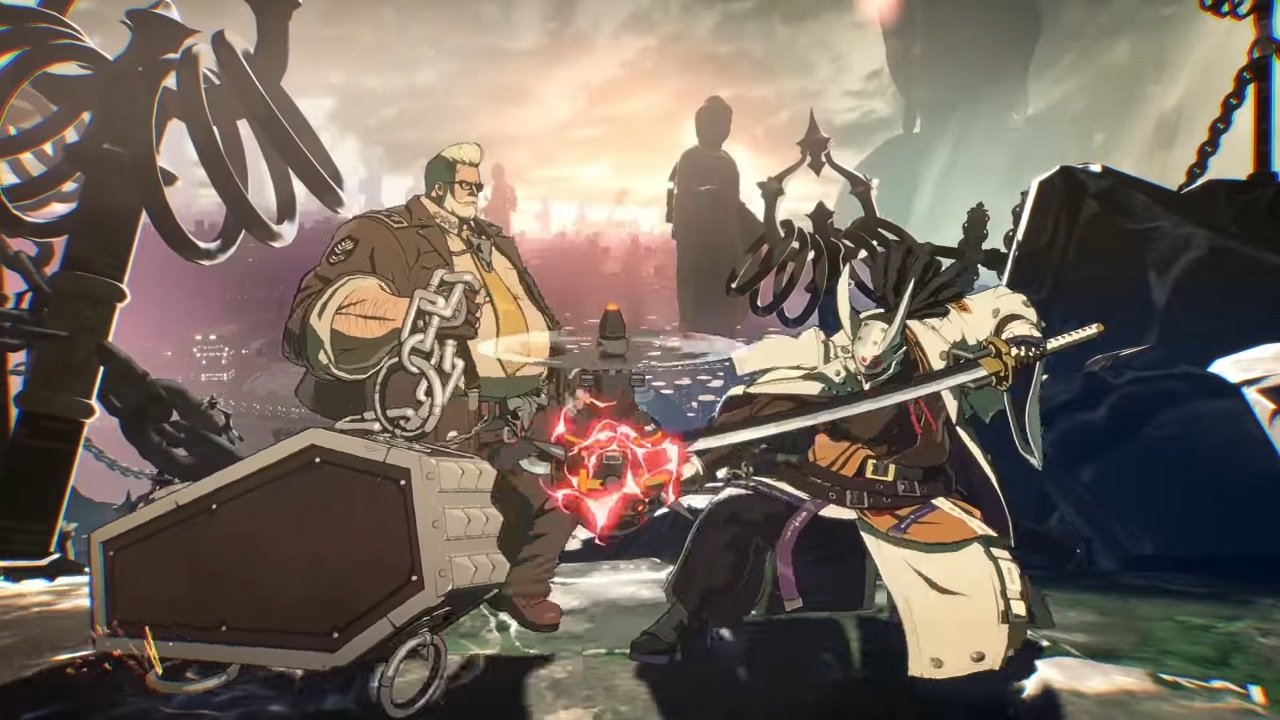 That forward-moving ball projectile looks like it could be key to Goldlewis's approaching pressure. It moves slow enough for him to advance behind. That wasn't all. We also got to see a hit confirm into Goldlewis using the coffin as a gatling gun, an additional projectile. The coup de grace on top of this is that it seems one of Goldlewis's overdrives targets the enemy with a laser before calling down an orbital strike that hits a few seconds after. That's a lot of projectile pressure, and it leads me to the following theory about Goldlewis's playstyle.

"You fixin' to start a war there, hoss?" 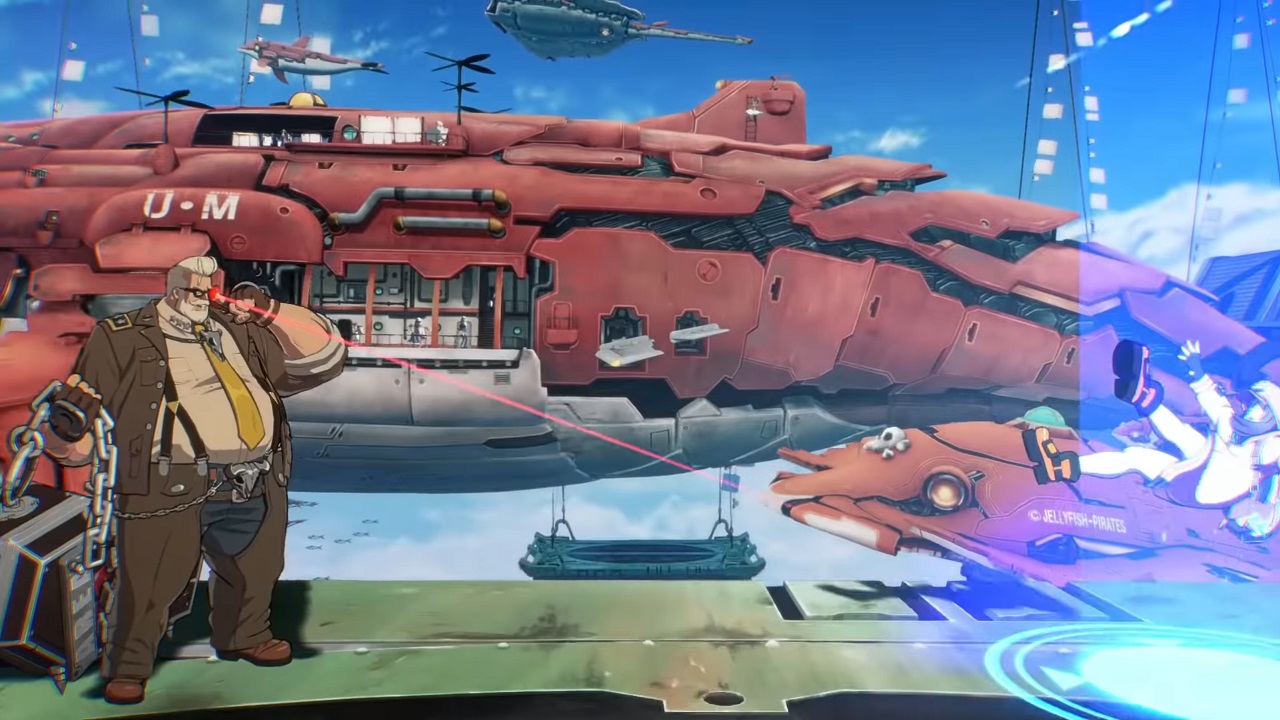 I get the feeling Goldlewis plays a unique style of heavy zoner and heavy setplay. The slowness of his normals makes me feel like you do not want to throw those moves out willy nilly, but rather you should let that ball projectile out and advance. If they go to the air, swing the coffin high. Whether they block or not, Goldlewis looks like he has the impact to create some distance. Then, let out another projectile ball, maybe surprise 'em with the gatling gun, or set up the orbital strike. If they stay blocking, then approach behind the ball and start opening them up with Goldlewis's meaty normals. If you knock them down, put out another projectile ball and keep them sweating.

The point is I think he's a setplayer/zoner where you want to hide his slow, powerful moves behind that ball projectile, gatling gun, and orbital laser. Overwhelm them with a steady mix of guard-breaking normals and projectiles at every turn. 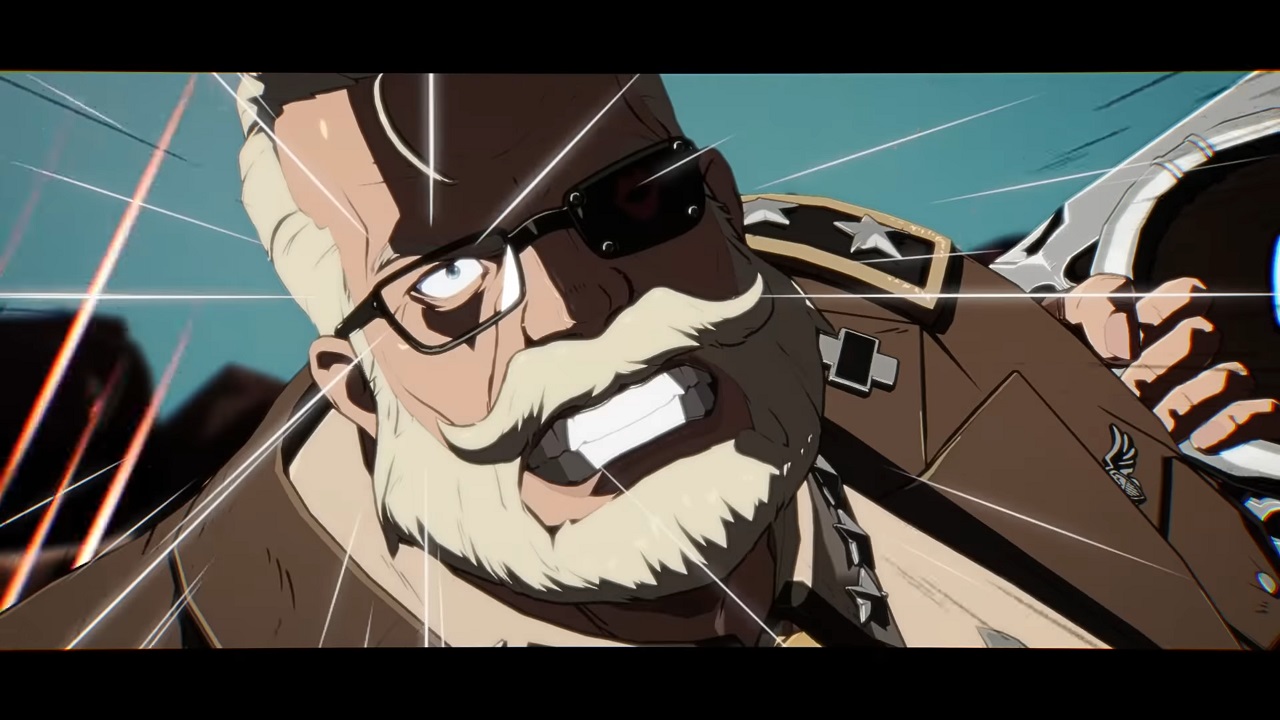 At least, that's my initial thought. This is truly an interesting opening volley for Arc System Works to let out a heavy bruiser as for the start of Guilty Gear Strive Season Pass 1. Do my assessments seem correct? What do you think of Goldlewis so far? Either way, I can't wait to hit the lab with him. Y'all wanna see some lab work when he comes out on July 27? Let me know.