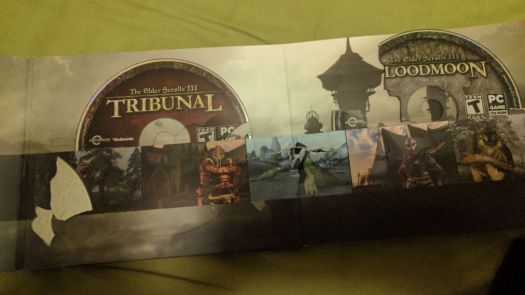 We've heard about the proverbial "arrow to the knee" that has ended an adventurer's career in The Elder Scrolls 5: Skyrim, but how about a bullet to an Elder Scrolls Anthology box saving a gamer from injury in real life?

That appears to be what happened, based on a story and some images that user velorok posted on Imgur. "While I was at my desk playing Prey last night I heard a sudden loud pop and the sound of breaking glass," he said. "At first I thought a light bulb had burst but soon noticed the cloud of drywall dust in the air and a bullet hole to the left of my monitor."

He then posted a picture of the thick anthology box with a gaping hole in its midsection, and another showing where the bullet tore through the contents inside. "Here is where I found the bullet itself, right in the expansions for Morrowind." He called the police, who came and confiscated the bullet before he thought to take the pictures, and rightly so. 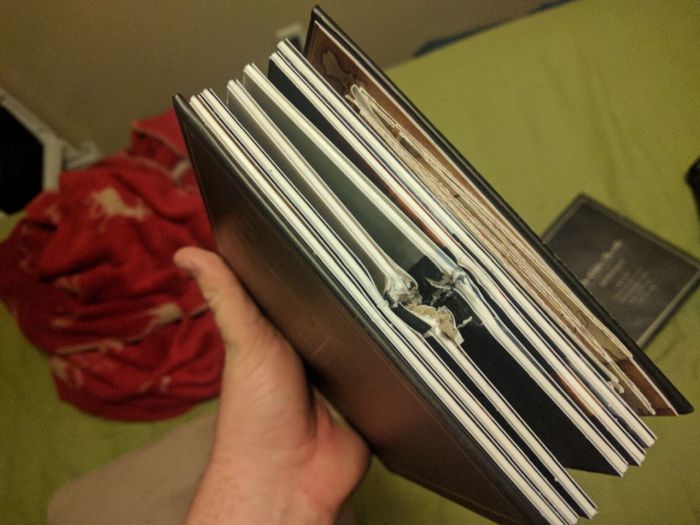 Four of the CDs in the anthology didn't survive: The Construction Set, Morrowind, Bloodmoon and Tribunal. Oblivion was safe, though, by a quirk of fate. It was in velorok's disc drive at the time.

Apparently Bethesda has already contacted him about a possible replacement, although nothing is confirmed yet. With all the bad press that games get, it is nice to see one where the game itself actually saved a life. 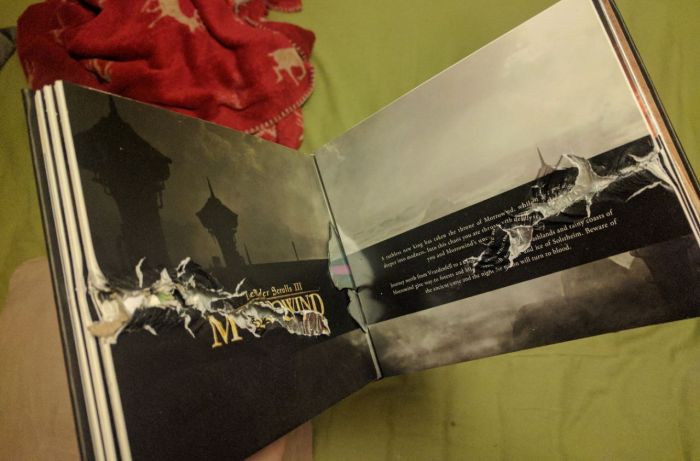