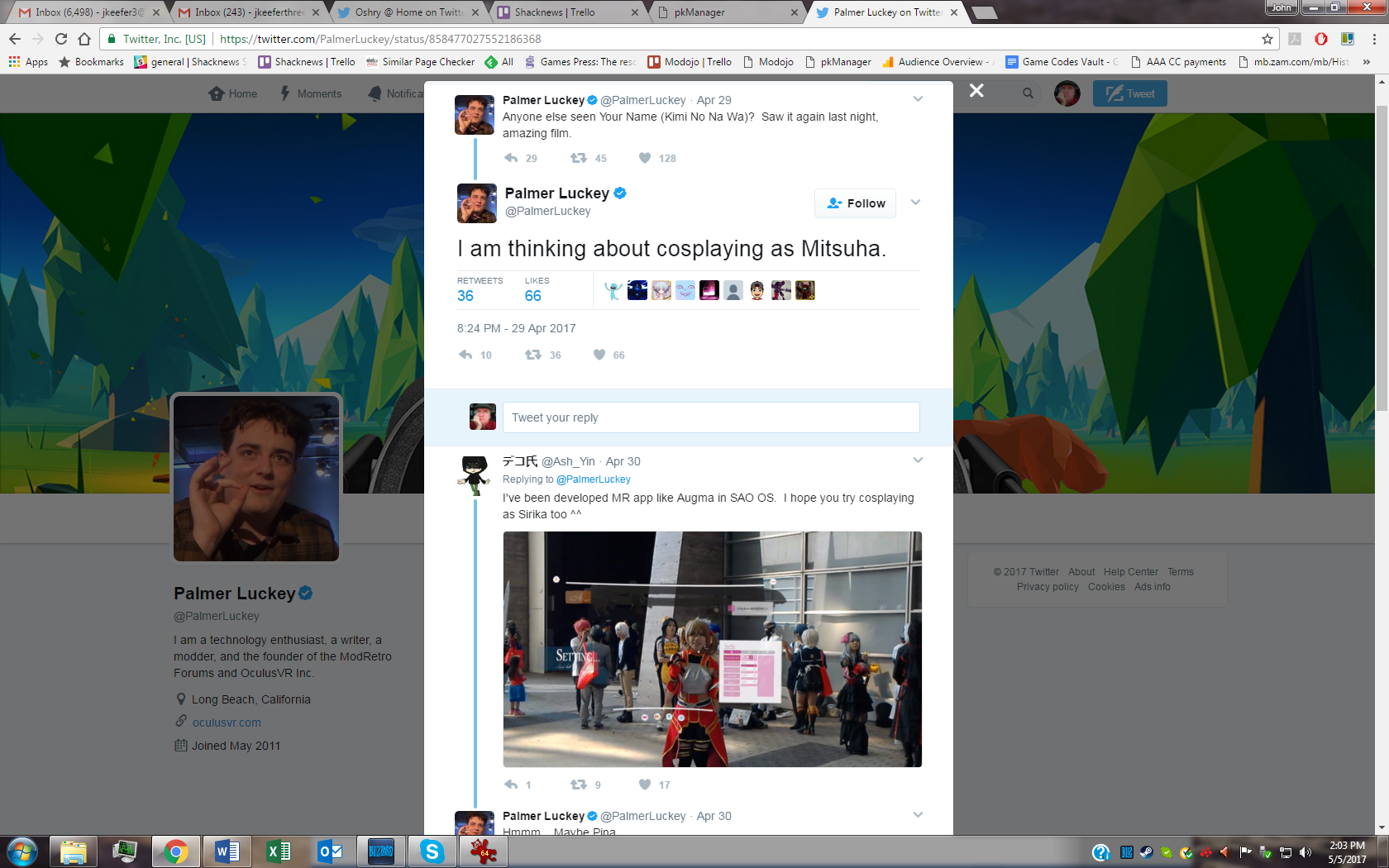 After Oculus founder Palmer Luckey left Facebook earlier this year, people openly speculated on what he might do next. Would he open a new studio, or perhaps enter the conservative political arena? Well, apparently he is going to cosplay and travel. 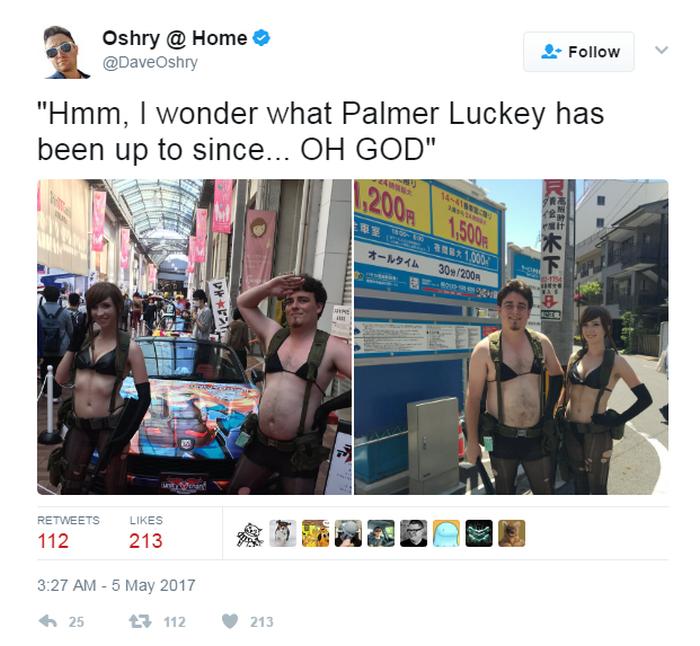 He wasn't hiding as plenty of folks got pictures. 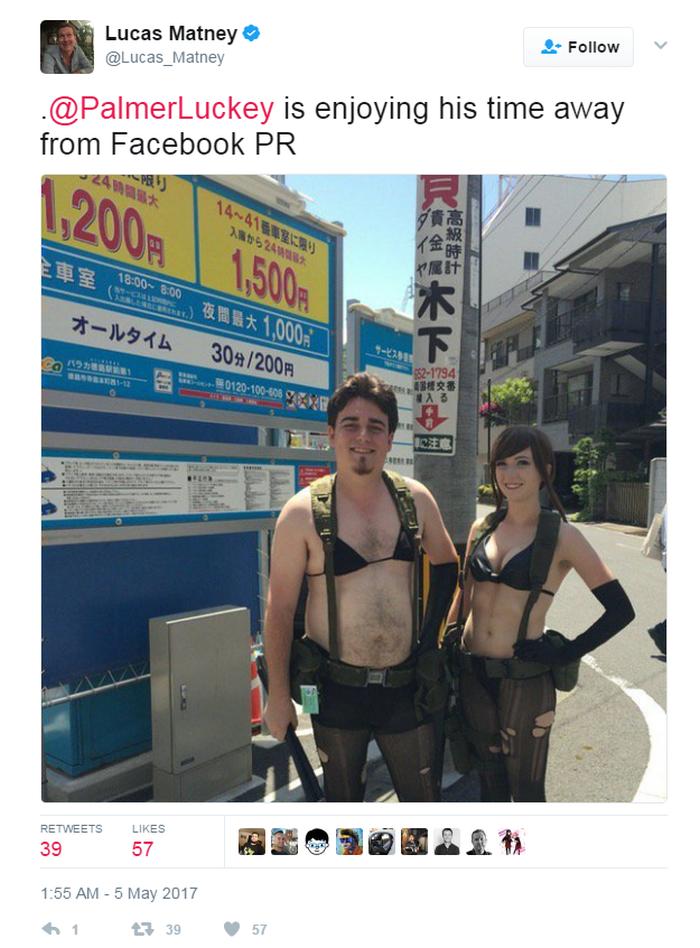 He even retweeted a picture of him trying on a 4K VR helmet. 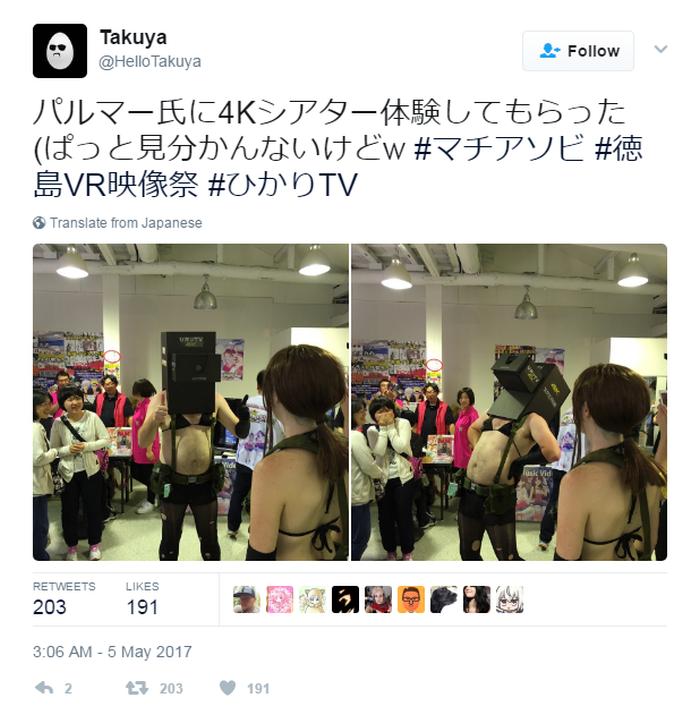 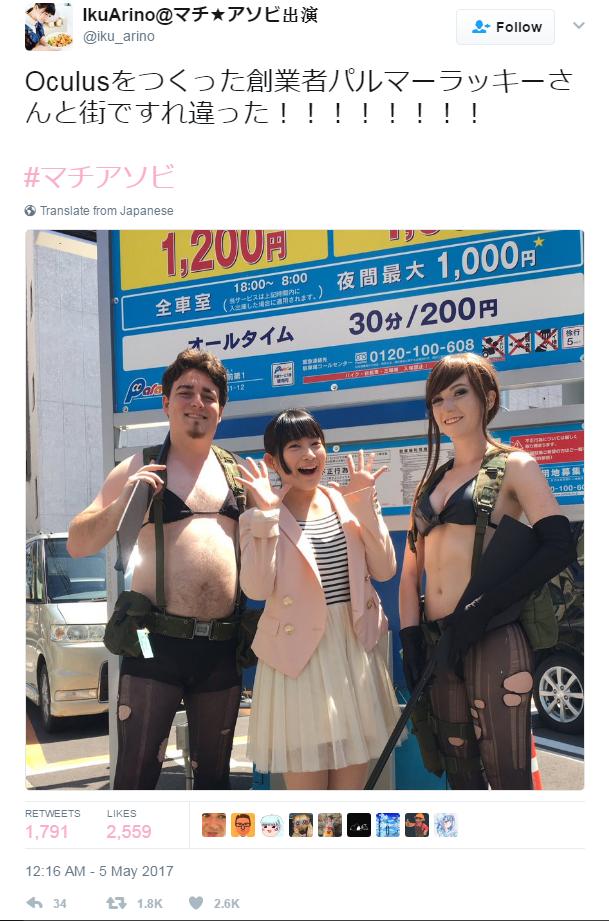 For his part, Luckey is taking it in stride and enjoying the extra exposure, er, coverage, er, non-coverage. 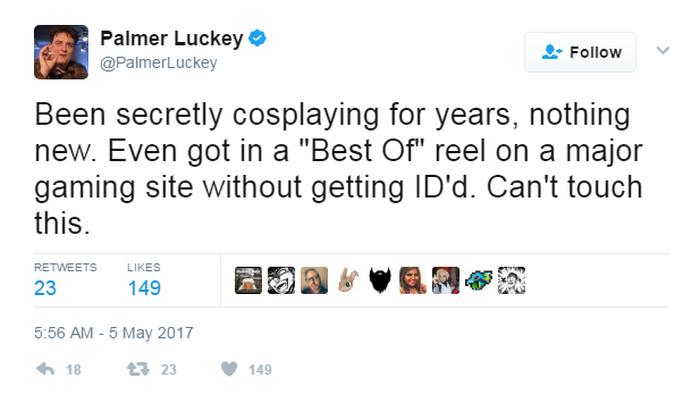 I guess the secret is out now, and he's already planning his next costume: 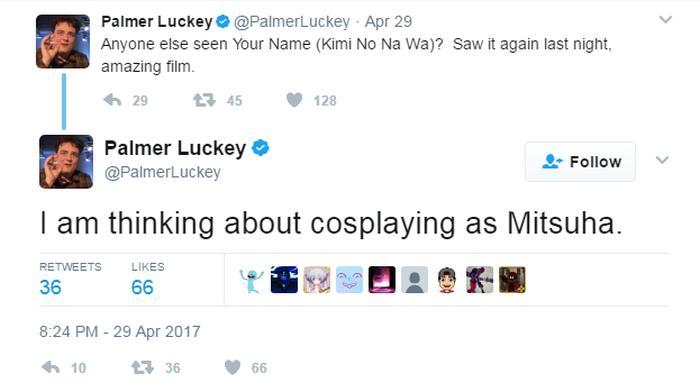