It's been four years since NetherRealm Studios explored the world of Injustice: Gods Among Us. Since that time, this DC Elseworlds take on the classic comic book universe appears to have undergone some major changes.

There's certainly this world's Superman, who is now in captivity after the events of the first game. The world looks to be recovering from his totalitarian rule. But this world still has supervillains, ranging from the Society to the galactic-based threats posed by Brainiac and Darkseid. Those baddies are coming out of the woodwork amid the turmoil of the sudden regime change, which sets up Injustice 2's Story Mode.

That sets up a series of questions that players may have going into the game, which is set to release in two weeks. Today, Shacknews takes a look at five of those big questions. 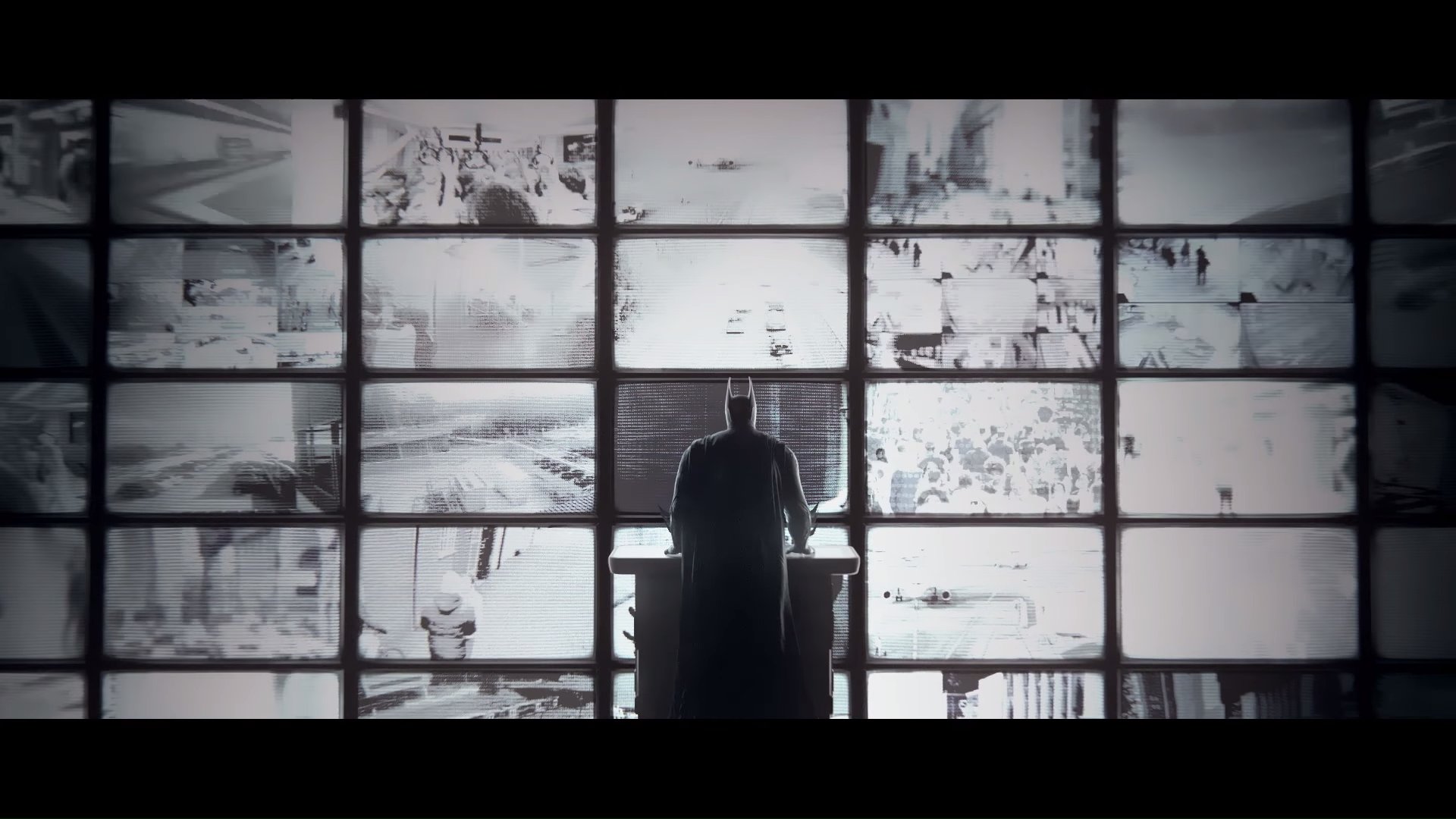 1. Has Batman Become That Which He Hates?

The timeless superhero will operate by a code of honor, one that says that they abide by the law and do not dispense punishment themselves. That's why Superman's turn in the original Injustice was such a shocking moment. It was Superman choosing to operate with his own definition of justice, which put him at odds with Batman and his resistance.

However, Superman proved to be such a terrifying force that Batman is left the unenviable task of ensuring he and his superpowered brethren never rise to that level of power again. The "Shattered Alliances" trailers have revealed that this has resulted in Batman growing increasingly desperate, leading to scenes of him overseeing a massive surveillance system in a scene reminiscent of Christopher Nolan's The Dark Knight.

Lucius Fox was the conscientious objector there, but it doesn't look like Batman has any such voice here. Worse yet, the rising Society doesn't give him much reason to abandon these questionable methods. At what point does it end? Can it ever end? Having seen the horror that Superman's regime can bring, does Batman even want it to end? And if he doesn't, does that still make him Batman? 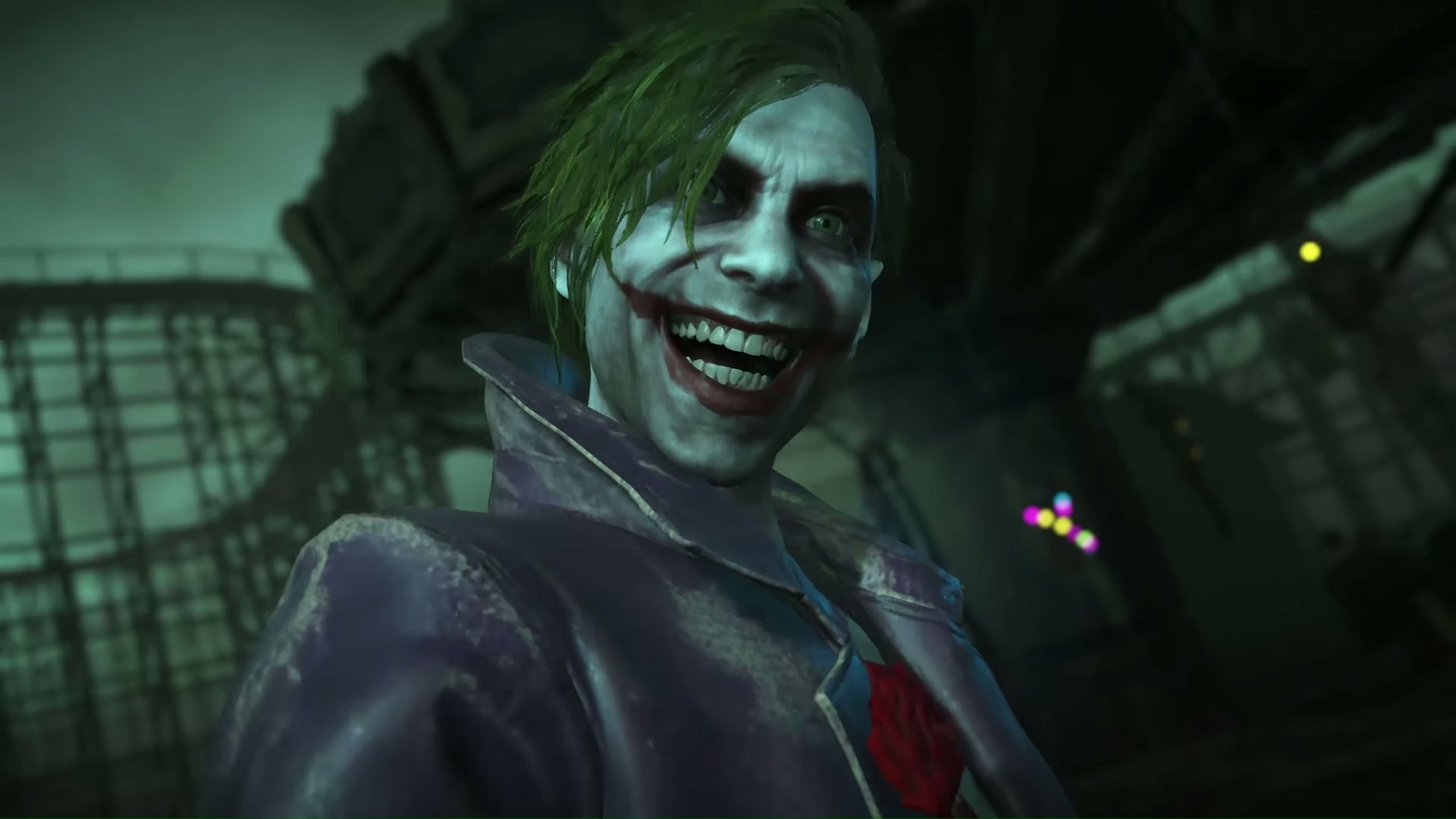 2. How are Green Arrow and Joker Still Around?

So far, the story of Injustice 2 does not indicate any kind of crossover with the main DC Universe. This tale looks to stay fully encompassed in the Injustice version of the DC Comics world, which raises this question, given that some of this game's playable characters are conspicuously dead. Joker was infamously murdered by Superman at the beginning of the original Injustice: Gods Among Us story, his attack on Metropolis and subsequent demise being the main catalyst of what drove the Man of Steel over the edge. Green Arrow was one of the world's first casualties. A statue of his likeness was erected and he is remembered in this world as a brave hero.

That's all well and good, but then how are these two alive and kicking here in Injustice 2?

The easy answer would be that there will be some sort of interaction with the main DC Universe, where the two characters are still alive. However, that would seem to muddle what is already looking like a busy narrative. They could be new characters taking up the respective mantles, possibly Connor Hawke in the Arrow role and a whole new Clown Prince of Crime carrying on that legacy.

There's also a possibility that the answer is simply the average comic book trope of dead characters never staying dead. After all, Oliver Queen has died in the comics and come back to life, while Joker has cheated death numerous times. While there's ample visual evidence that these two met their end in the original Injustice story, Brainiac's technology or the wackiness of the New Gods can offer a convenient deus ex machina. 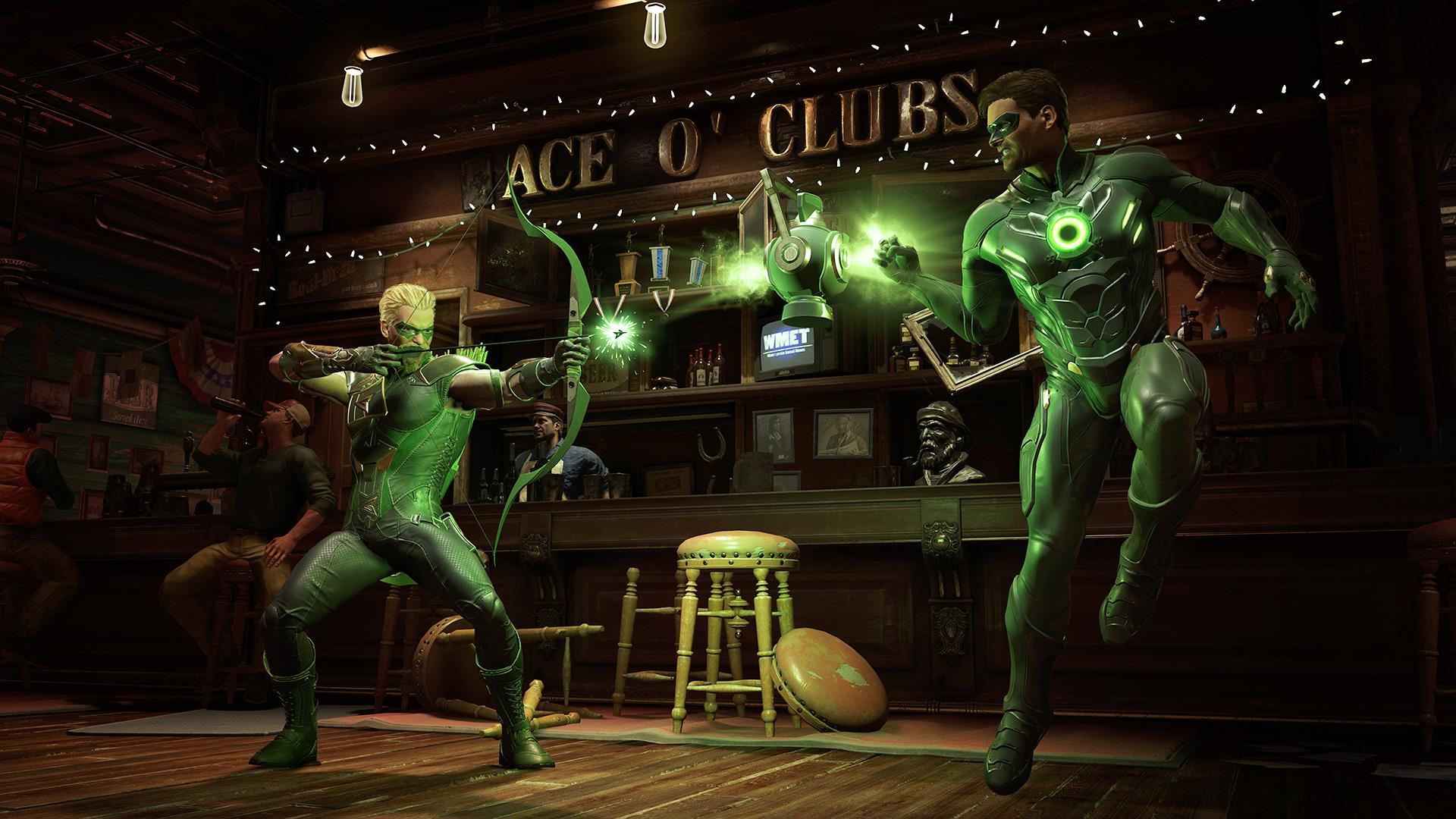 The original Injustice: Gods Among Us story ended with a few members of Superman's regime seeing the errors of their ways. Chief among them is The Flash, who had already shown signs of remorse towards the end of the first game's story and now finds himself a key member of Batman's team in the second.

The "Shattered Alliances" trailers point to a few other heroes looking to atone for their past, particularly Green Lantern. Yes, Hal Jordan is donning a Green Lantern ring again after spending the entirety of the first game as a part of the Sinestro Corps and he tells Flash and Superman that the Guardians put him through intense trials to get his ring back.

Other alliances are less certain, with Supergirl looking like she wants to stand by her cousin, but not as part of his Regime. Cyborg looks like a major player in Superman's camp, as he's seen taking up arms against Batman. And Harley Quinn looks to have sided with Batman, though the rise of the Society will look to test her loyalty. Of course, she may also just drift back to Mr. J.

One side looks to be clear, though. Brainiac has invaded and is looking to destroy the world. This villain looks to have no allies and all may need to unite to stave off his massive threat. That leads to this last question. 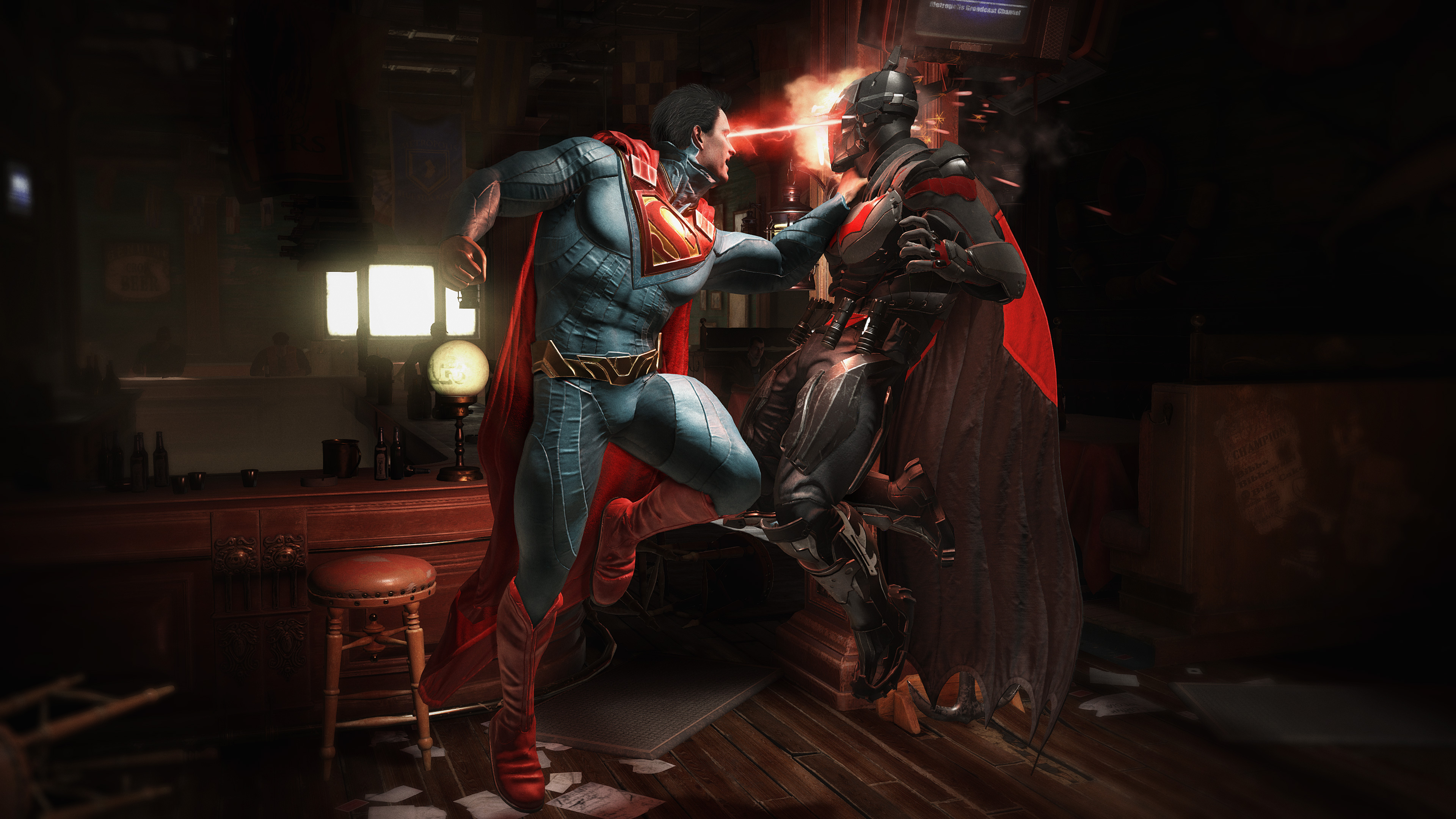 4. Can Superman Redeem Himself or is He Completely Lost?

What good is being king without a kingdom to rule?

Superman will be confronted with this question in Injustice 2, as Brainiac threatens to destroy everything he's built. This conflict will put him back in the familiar role of savior, but he may not necessarily be a hero. The buildup to the Injustice 2 story has made it clear that Superman wants to re-establish his tyrannical rule and Brainiac's invasion is less a chance to save the world and more of an annoyance keeping him from his true goals.

Supergirl's main role in this story appears to be the final hope to reach Superman's good side. Superman may not be human, but there is humanity under that Kryptonian shell and Kara hopes to be the one to finally bring it out. She represents family, something nobody else (including Batman) shares with him. If anybody can bring back the beloved hero, it would be her.

However, that implies that Superman even wants to be saved. And if there's one event from the first game that continues to haunt him, it's the death of his wife and unborn child. Remember: Superman is still a man with little, if nothing, to lose and the entire world to gain.

Prepare to revisit NetherRealm's take on DC Comics, as Injustice 2 arrives on May 16 on Xbox One and PlayStation 4.