Pyre: Hands-on with the new Versus mode at PlayStation Experience 2016

Supergiant Games has charmed audiences with its past two efforts, the acclaimed Bastion and Transistor. Now the studio aims to tell a fantasy story of a band of three exiles in a world of powerful auras. As first revealed prior to PAX East, Pyre goes in a bit of a different direction than Supergiant's last few games, focusing on more of a competitive element.

So with that said, it wasn't too surprising to see that competitive aspect of Pyre extend to its natural conclusion and become a multiplayer feature. Unveiled at PlayStation Experience this past weekend, Pyre's multiplayer will center around the combat scenarios of the game's single-player, with the objective being to take an orb at the center of the field and use it to extinguish the opposing team's pyre. It's definitely not as easy as it looks, as Shacknews found out when we went hands-on with this new game mode. 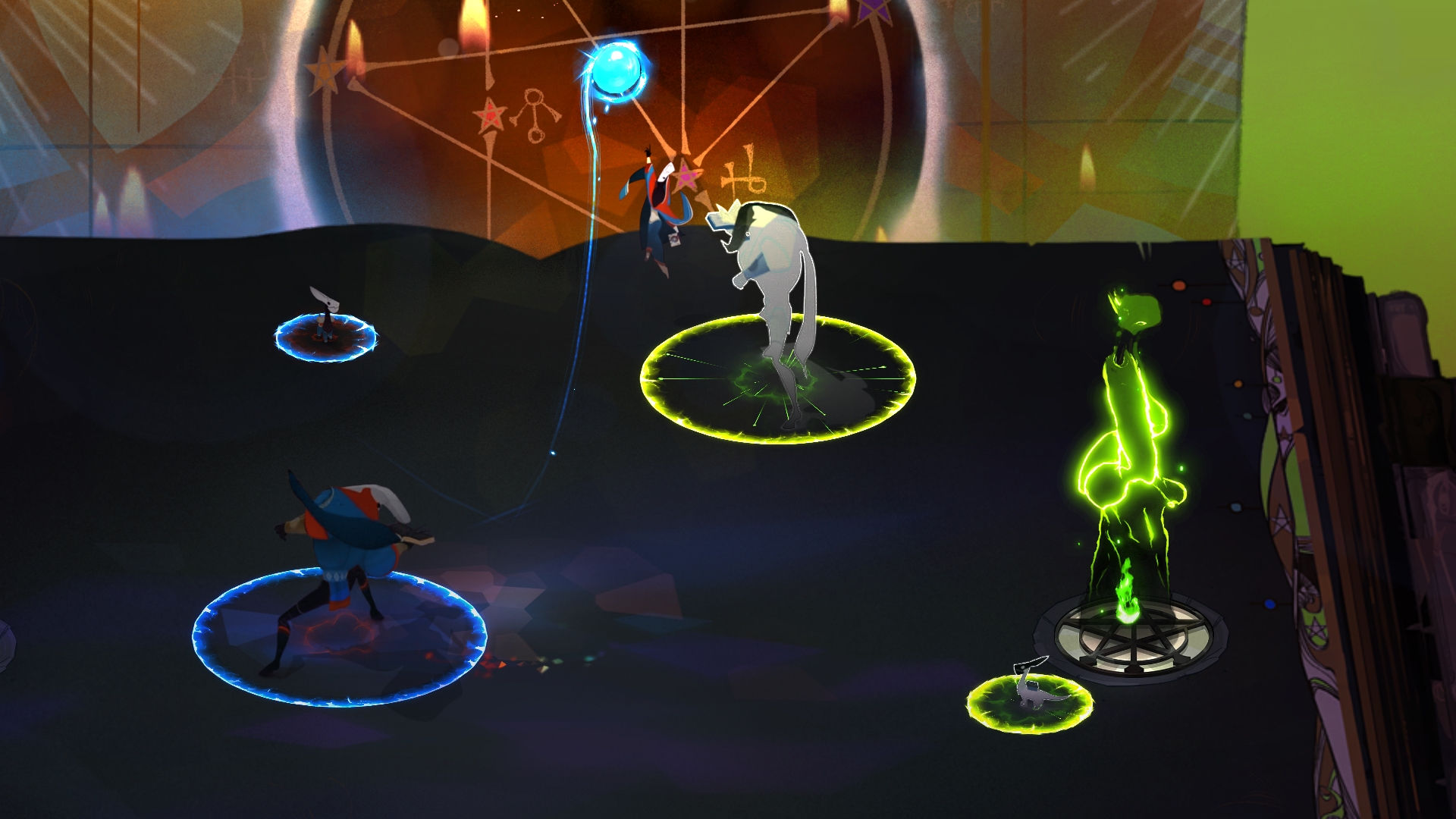 Those that have gone hands-on with Pyre previously will notice the rules for Versus mode are mainly the same. For the unfamiliar, players control a band of three characters, each with a distinct ability and surrounded by a powerful aura. The aura is powerful enough to destroy opponents with a single touch and can even be cast from afar to take out players from longer distances. In addition to the aura, each character on the team will have different power and speed levels.

Here's where things get a little strange and take a Lost Vikings-ish sort of turn. Players can only control a single team member at a team, leaving the other two characters inert and defenseless. This is where a heavy amount of strategy must come in, since players need to not only focus on grabbing the orb, but also on placing characters in such a way that they don't get taken out. Meanwhile, the player holding the orb has their aura disabled while it's in their possession, making things even hairier.

It's one thing to watch this play out in the context of a campaign, but playing head-to-head with another person leads to some mentally intense sessions. There's definitely a learning curve to it, particularly in regards to judging distances when passing or attempting to shoot the orb into the pyre. But once everyone's on the same page, it becomes easier to recognize which characters fit each situation best, whether it's using the burly character's power to take out opponents or using the swifter smaller characters to make a break for it by sprinting straight to the pyre.

The sole issue with Pyre's Versus mode is that it can unfold at a slow pace. As I noticed throughout the weekend, even when players got the hang of the game, teams were often at an impasse and scoring would be a slow process. This would drag games out for longer periods and with Pyre's slower pace, it would lead to some tedium.

Given the richer story and skill trees, it's hard to argue against simply sticking to the main campaign and getting a Pyre fix that way. But Versus mode could be a fun diversion for friends that want to enjoy the experience together and test each other's skills, or even test their own individually against the AI. Versus looks like it'll be a decent novelty addition, but it remains to be seen whether it can catch on with multiplayer audiences.

Pyre is aiming for a 2017 release on PlayStation 4 and PC.