Valley is a layered, complex web. It’s a warning against the dangers of war, an exploration of life, death, and rebirth, and a virtual playground. It’s a game with an engrossing story told in a fascinating way. And best of all, every thread here is woven together to create a beautiful, engaging adventure. 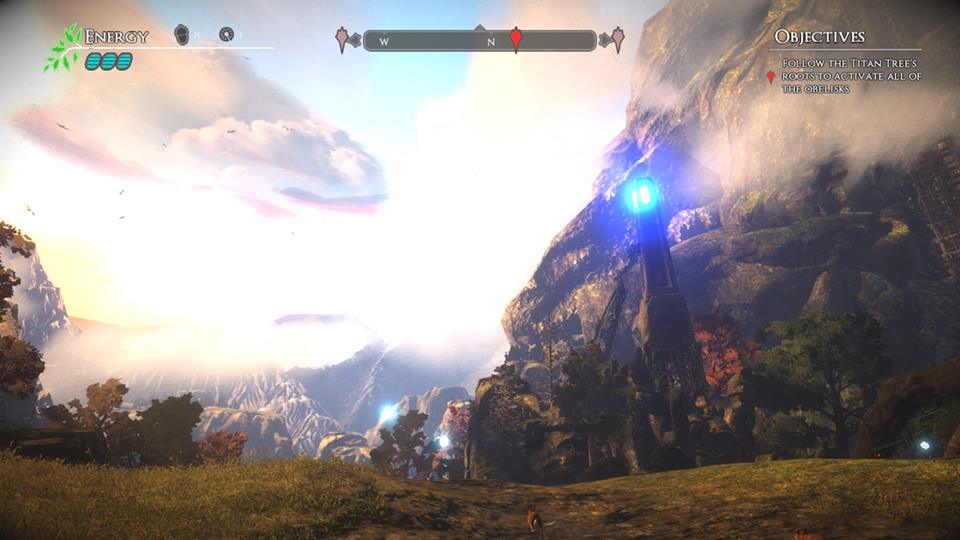 As an independent researcher-type, the main character (either male or female, as chosen at the start) is in search of the Lifeseed, a mythical plant capable of wielding great power. While searching for the Lifeseed, you stumble across the eponymous Valley, a gorgeous area teeming with life. Wind rustles the plants, an abundance of trees make up the bulk of the flora, and several creatures ranging from full-grown deer to the small, smiling spirits known as daemons run, jump, and flutter around you.

The Valley is also home to an alternative energy source known only as Amrita. A blue glowing substance, Amrita can be found in its purest form in the Valley: as glowing blue orbs easily absorbed and converted into energy.

The Amrita is used to power Valley’s starring feature: the LEAF suit, a power suit capable of granting its wearer with heightened speed, magnetized boots, a grappling hook functionality, and the ability to long, high distances without incurring any damage. 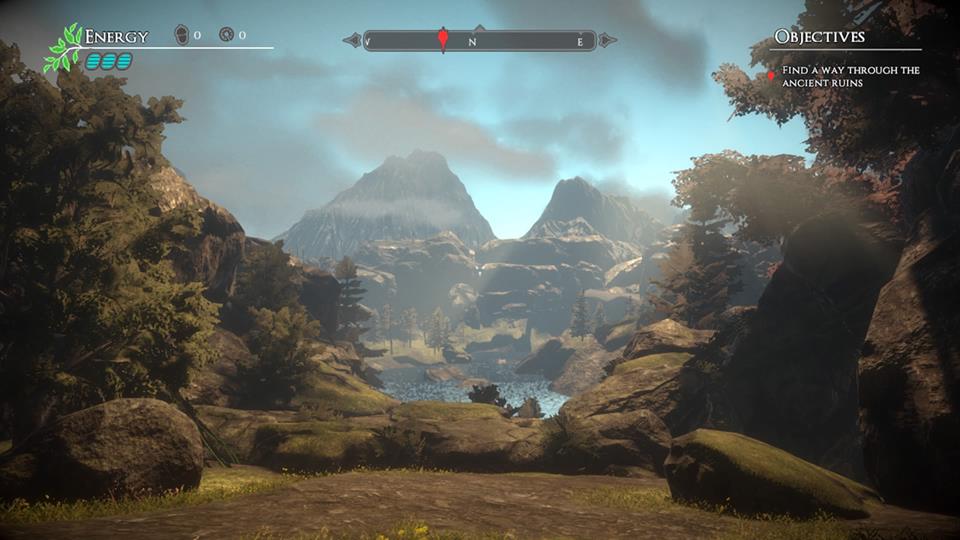 The LEAF suit also has a built-in audio player that, once activated, begins to unravel the story of a group of military engineers who discovered the Amrita and the Lifeseed and wanted to use it to create a devastating weapon during World War II. Guided by the voices of the lead scientist and the anthropologist who desperately wanted to stop their efforts and the irreversible damage they were inflicting on the Valley, you continue to explore, discovering the very locations they used and unearthing many of the secrets held within this bizarre, mythical place

Valley is not what one might expect. There are no puzzles to solve, nothing to collect outside of suit upgrades and a basic currency that can unlock secret doors hidden around the map. It’s more of a ghost tour, a re-telling of a story whose events took place long ago, but unfold themselves in real time as you explore the very locations in which it took place. It’s eerie to be guided by these disembodied, now-gone voices, but remains effective at connecting the player to these people from the past. 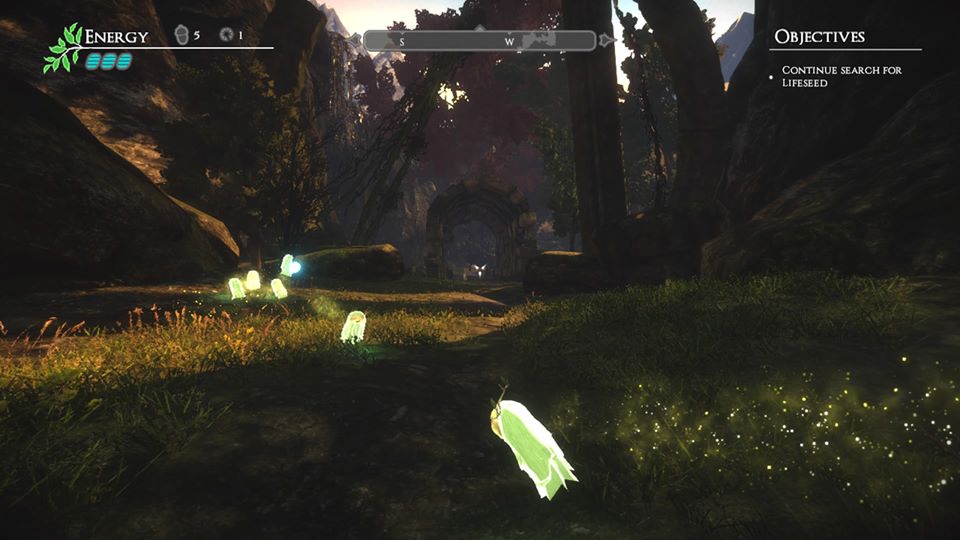 The way the story interacts with the mechanics is especially solid. One of the functions of the LEAF suit is its ability to both give and take life by absorbing the amrita held in living creatures or doling it out to dying or dead plants and animals in the area. The health of the Valley itself is tied to the survival of the player; if the Valley is healthy, upon death the player will be restored in the place where they first fell, giving some of its life force to you and returning you to a living, healthy state. Thus, it’s important for the player to be conscious of their actions, constantly being wary of how much life they give or take away from an environment in an effort to preserve themselves.

This does two things: one, it forces the player to be conscious of their resource management, staying wary of how much they utilize the environment around them. Two, it automatically gives them a reason to care about the Valley, who, for all its life and importance, is arguably the most important character in the whole story. Without this connection to the Valley, the player only has its beauty to judge its value. By forcing a deeper connection, it guarantees you’ll have a more vested interest in maintaining its well-being. 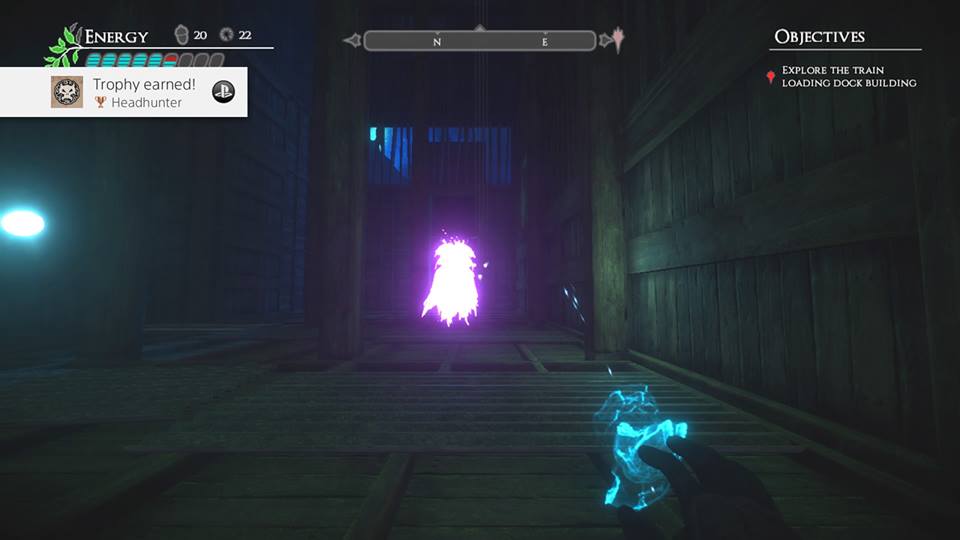 It’s also very clear how one is meant to feel about the characters in the story itself. The scientist starts off basic enough, excited by the prospect of being a part of a massive weapons development project, but is slowly consumed by greed to the point of losing himself in the lust for power and control. Without diving into spoilers, this leads to the Valley retaliating against this one scientist’s best efforts to drain it of life in a creepy--but not unsympathetic--way.

Valley’s platforming is one of those rare instances of first-person platforming that doesn’t handle like an awkward, drunken toddler. The LEAF suit’s weight and power is well communicated through weighty controls and physics-based realism. Running down a hill causes one to speed up, which will in turn lead to a longer, more sustained jump. Many of the actions the LEAF suit is capable of--many of which appear later in the game--are governed by a real sense of speed and weight, lending the player the essence of feeling powerful and effective, but still intrinsically subject to Nature’s laws. 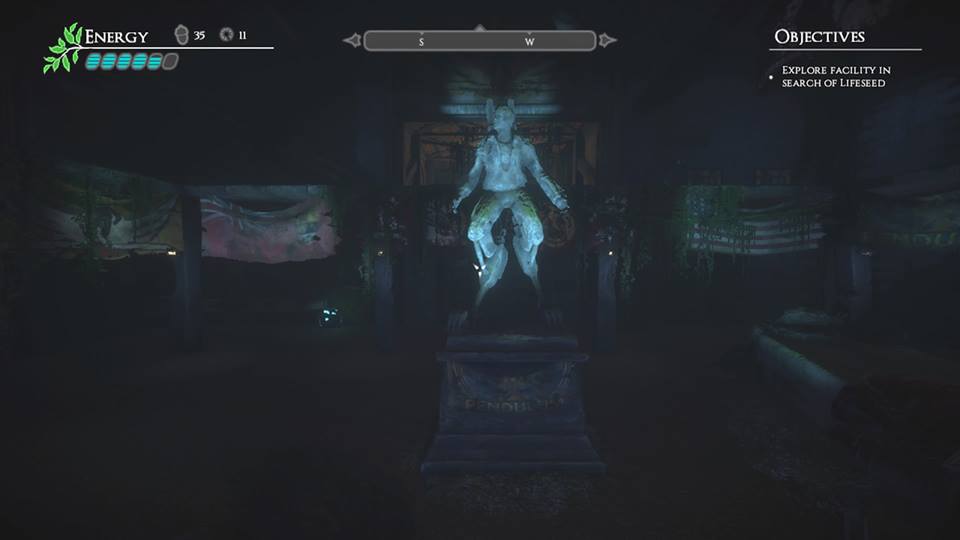 There are times when Valley shows its seams; occasional framerate dips on PS4 slowed things down on some rare occasions, and an abundance of Amrita throughout the world made it easier for me to act without fearing consequence in many situations. But they’re flaws whose existence doesn’t drag the entire experience down so much as show how much more the entire game could be enhanced.

A very basic and reductive way to describe Valley would be to say it’s a virtual jungle gym riddled with various toys and obstacles that are complemented well by the LEAF suit. So much of it is spent scaling walls, jumping from formation to formation, and jumping, running, and swinging around the map. But there are layers here, and it all meshes wonderfully; the story, playing out like a radio drama as you explore the locations in which it took place; the Valley as this beautiful, vulnerable, and magical location; and the themes, which explore life, death, and purpose with surprising nuance.