With a game like Plague Inc, you would think that its board game Kickstarter would multiply its stretch goals to make sure it eradicated all of the excess money gathered in its successful campaign. But apparently, Ndemic Creations is content to get the game disseminated quickly so that everyone gets their fix.

With mere hours left before the campaign closes, the game has gathered more than $338,000, almost 10 times the $34,000 originally sought. May campaigns would have continued to add stretch goals to keep the influx of cash coming, but Ndemic stopped adding them after $240,000.

"We unlocked 19 stretch goals, which significantly expand the game, and then stopped once everything that we had scoped and costed had been achieved, Ndemic chief James Vaughan told Shacknews. "It was very tempting to add in even more stuff, but that could have risked damaging the game balance and/or impacting production timelines. Happily, the community has been very supportive of our approach and recognises that the key thing is to have a great game."

Vaughan, who is active in the Shacknews Chatty community as jamiejme, said the game is being developed in English, but localizations is a possibility with the extra $100,000. "There has been a huge amount of demand for localised versions, with German and French being most popular," he said, "so we are currently talking with people to work out how to get things done here."

Of course, with a game named Plague Inc, shipping could be a bit of a headache with Customs. Vaughan even had the wicked idea of adding a sticker that said "May Contain Anthrax," but that might cause more problems than the laugh it would generate.

"It is still something I really want to do, but am waiting to get some feedback from a few people who have had to deal with Customs in the past," he said. "So no promises yet."

If you still haven't gotten your copy of the game, there are still five hours left. There are only three tiers - $30, $36, and $62, so go help out a fellow chatty member on what was an incredibly fun computer game. 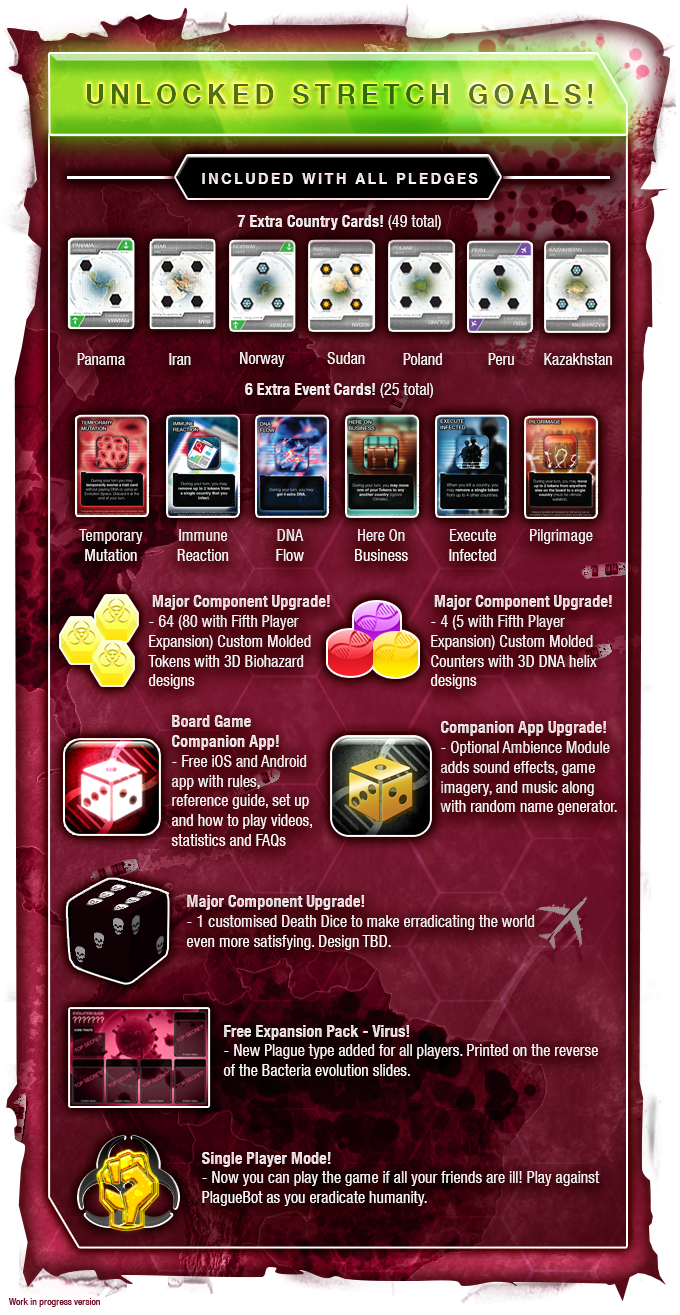