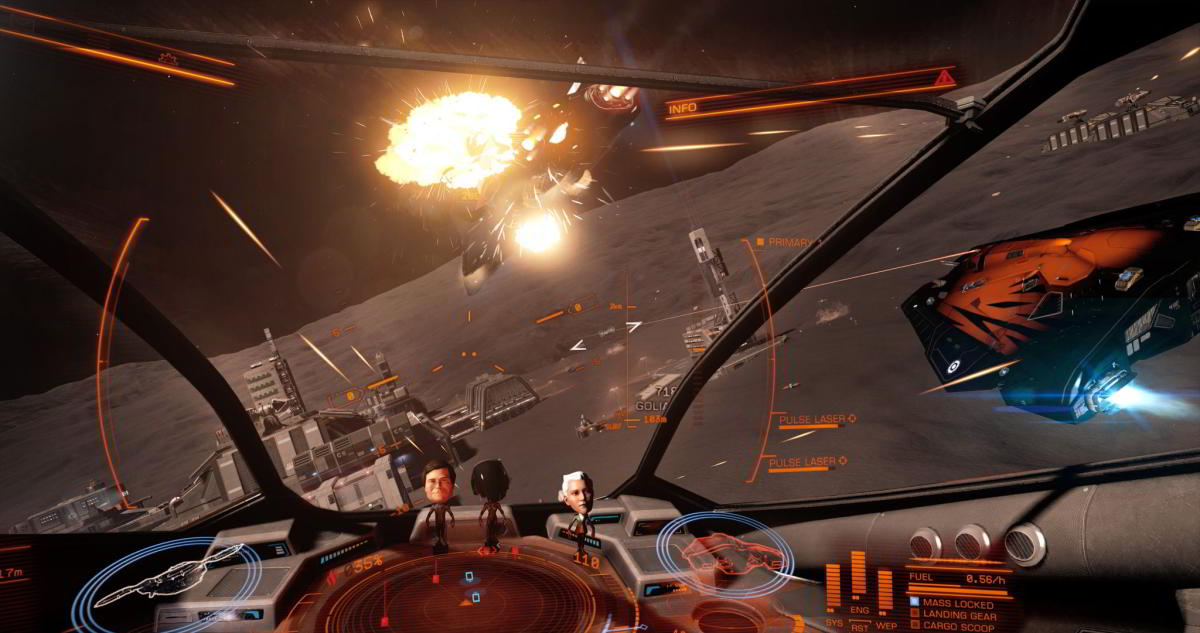 Elite Dangerous Horizons coming to Xbox One in June

Elite Dangerous launched for Xbox One in October, but developer Frontier has revealed that the new Horizons season of content will be available for the console on June 3.

In an update on the official site, the company said that Planetary Landings (update 2.0) and The Engineers (2.1) will be available at launch for $29.99. Planetary Landings allows just what the name implies - players can explore landscapes in a recon vehicle and assault enemy bases. The Engineers creates a loot and crafting mechanic that gives players the opportunity to build modules for their ships, and add new experimental effects to weapons.

There was news for PC players as well. The 2.1 Engineers update will be available on May 26, while update 1.6 will be available for all ED players, including those who have not purchased the Horizons season. The Horizons pas, which covers all the second season content, got a price cut down to $29.99 (which is what the Xbox One users will be getting it for), while new players can purchase the Commander Pack for $59.99. Frontier is promising that future Horizons updates will include multi-crew gameplay, avatar creation, ship-launched fighters and more.

Elite Dangerous will eventually make its way to the PlayStation 4, but no date has been released yet. Frontier has a "timed exclusive" deal with Microsoft.

Vampire: The Masquerade - Bloodlines 2 has been delayed to 2021
Login / Register