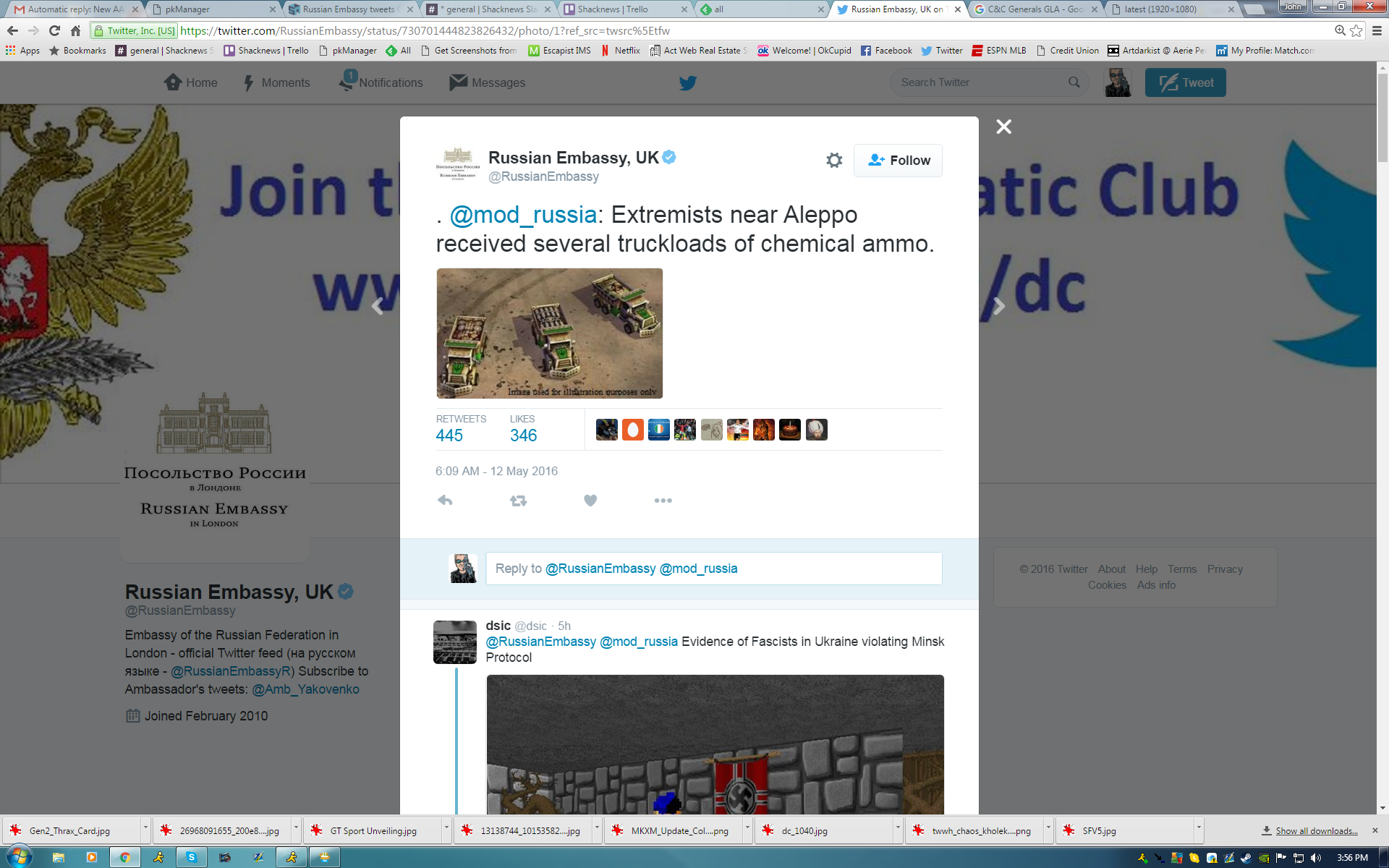 It appears that the Global Liberation Army has moved chemical weapons in the town of Aleppo in Syria, according to the Russian Embassy in the UK. Uh, someone should tell them the GLA is from Command & Conquer Generals, released in 2003.

The tweet (via Destructoid) was obviously meant to illuminate the plight in Syria, which has been ravaged by extremists and sent refugees fleeing to all corners of the globe. But c'mon, do some research on what image you are using. To be fair, if you do a Google image search for "bomb truck", that is the first image you get. So it has to be legit, right? 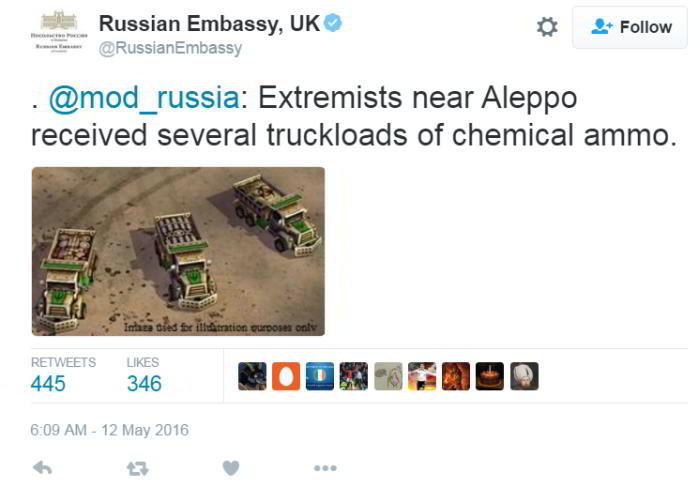 Of course, someone thought that adding "image used for illustration purposes only" would mitigate its usage, but the Twitterverse has gone bananas in response with Fascists in the Ukraine, photos of the extremists, and deliveries of TNT.

This isn't the first time where games have gotten mixed in with real life. In 2012, the BBC mistakenly used the Halo UNSC logo to represent the United Nations. And just this year Iranian TV thought Medal of Honor was a real terrorist attack.