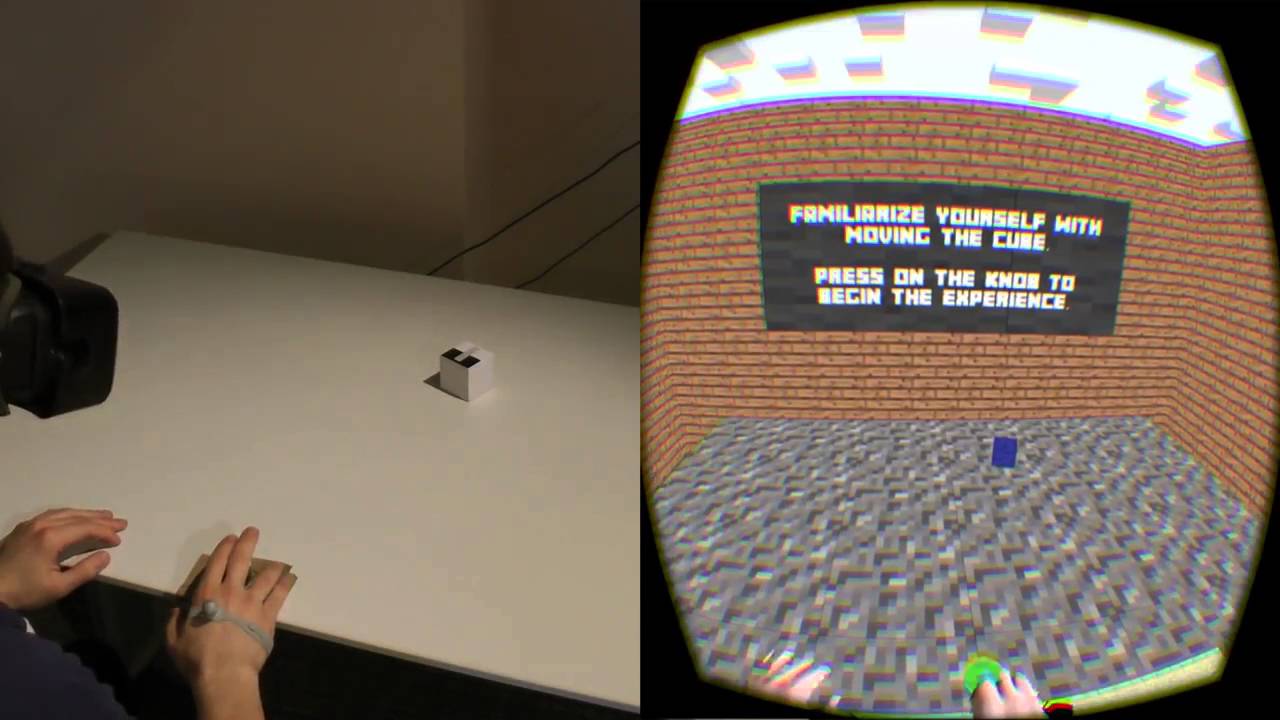 Virtual Reality is the next big thing. Immersing yourself in a world is a great selling point for a game, but it only deals with one of your senses. Imagine being able to add touch to that immersive experience?

Microsoft Research (via Neowin) has actually accomplished that with a ingenious, if not somewhat convoluted, process in the world of Minecraft. All you need is a VR headset (in this case Oculus Rift), a Kinect 2 mounted above you, a trackable cube, a button to press on your desk, and a marker strapped to your hand.

Once inside the VR MineCraft world, and using techniques called body warping and world warping, the research team was able to trick a user's mind into believing that it was touching different blocks in the game, when in reality, there was only one present. Then, the user essentially used only one cube to start building a castle in the game.

The video explains - and shows - the process much better:

Granted, this part of VR is a lot further off, but it won't be too more many years down the road before we will be able to jack into the Matrix and taste the virtual steak.