The following impressions complete our ongoing review of the full The Walking Dead: Michonne series. Be sure to catch up with our impressions for In Too Deep and Give No Shelter.

Over the course of its first two episodes, The Walking Dead: Michonne hit noticeable pacing issues that rapidly became too numerous to ignore. Much of the opening episode felt like it plodded along slowly, while the next episode tried to hit many of its story beats too quickly, knowing the finale was right around the corner. That conclusion, "What We Deserve," does its best to make up for the series' shortcomings by presenting some intriguing character moments that play out differently, depending on a player's chosen path. Unfortunately, it also serves to highlight just how handcuffed this series felt with the three-episode format, making me wish these story points had more of an opportunity to develop. 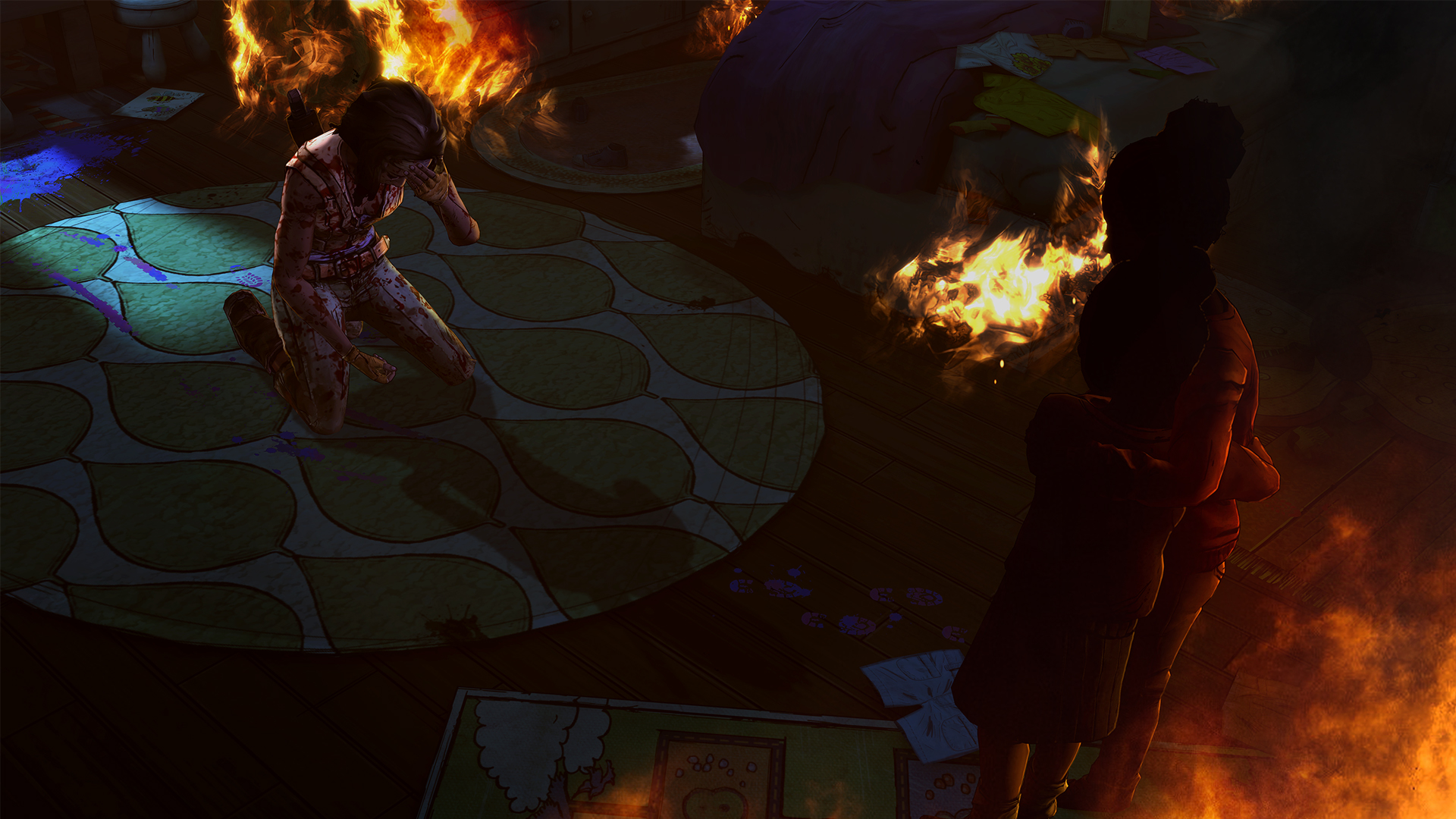 "Give No Shelter" put a lot of spotlight on one-dimensional villain Randall, who was considered one of the lower points of this series. It did end with an interesting cliffhanger, putting the onus on the player whether to put this jerk out of his misery or not. That decision plays into "What We Deserve," which focuses more on Randall's sister and former colony leader Norma. Unlike Randall, there is actual debate as to whether Norma is a ruthless killer that's lying through her teeth or whether there's true sincerity behind her actions. The central conflict over the course of the entire series is whether Michonne should believe anything Norma's telling her and whether Norma can be trusted, but even with Norma's grandstanding and gruff posturing, there's reason to believe that she honestly does what she does simply to protect her people.

The meat of "What We Deserve" involves handling a tense negotiation between Norma and the remnants of her colony and how that plays out depends on how players treated Randall to this point. But even if Randall is roughed up more than Norma would like, she's clearly still willing to listen to reason and recognize that her brother is unhinged. There's more to the story of their relationship and it's unfortunate that the shorter series length meant there wasn't much of an opportunity to explore that further. The story of Norma's colony and how Randall wound up becoming the way he was turns out to be missed potential. But given the limited time Telltale had to work with, the negotiation with Norma still easily wound up the highlight of the entire series.

The other key element of this episode is Michonne attempting to come to terms with her own past, which she confronts in her ongoing hallucinations, as well as with Sam and her brothers. And while I don't want to belabor the point of missed opportunities, it was hard not to see another one when seeing Michonne interact with the boys. In fact, Michonne's conversation with Alex and deciding on the delicate way to deliver the news that his father's been killed harkens back to the original meeting between Lee and Clementine in Telltale's own Walking Dead story. This is another relationship and plot element that could have been explored further, especially given that the central conflict for Michonne involves her personal pain that stems from abandoning her own children.

While the first two episodes had some action-heavy moments, the finale doesn't appear to feature as many of them. The final moments focus more on a tense escape situation that deal less with dispatching walkers and more with environmental dangers that pop up at the same time as Michonne's mental breakdowns. While the episode could have sputtered to its finale, putting Michonne's last critical choice in the player's hands is a strong move. It means much more to let the player ultimately decide how much Michonne grows from her experience and adds a much greater emotional gravitas to the series' closing minutes.

Whether it was because of the shorter format or because the developer was tied to comic canon, The Walking Dead: Michonne doesn't quite hold the same emotional resonance as Telltale's own original take on the series. But as a Michonne story, it does a great job of providing a window into this character's fractured soul. It doesn't give a reason why she keeps going, but rather encourages the player to question what would even make her keep going. The Walking Dead: Michonne shows that Telltale can still tell a good story, even when it feels like an abbreviated one.

This review is based on a PC code provided by the publisher. The Walking Dead: Michonne is available now through Steam, the Xbox Store, and the PlayStation Store for $14.99. The game is rated M.