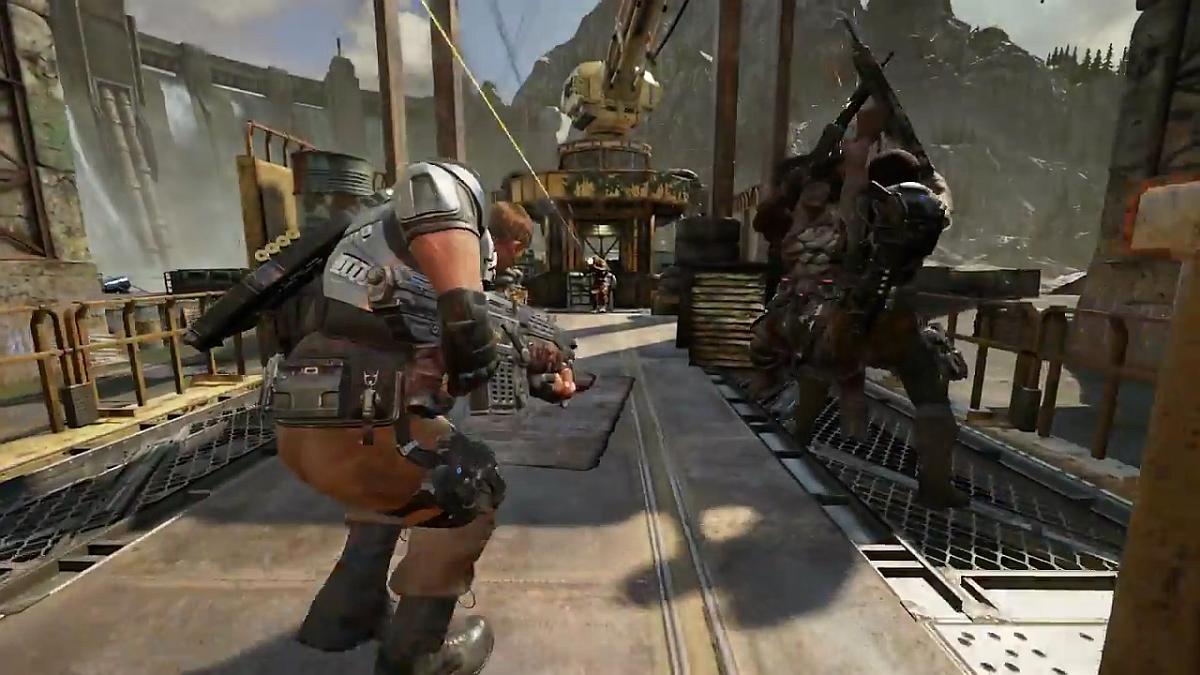 The Gears of War 4 has already been in beta with early access for Ultimate Edition players, but on Monday, the Versus multiplayer beta will open up to Xbox Live Gold members as well. To celebrate the occasion, Microsoft has released a new multiplayer trailer with all the gratuitous blood, gore and mutilation you have come to expect from the Gores ... er Gears ... franchise.

Highlighted in the video are new abilities such as Yank and Vault Kick, new weapons such as Dropshot and Buzzkill, and new executions and rewards. New maps are coming as well, including Dam, Foundation and Harbor, and new game modes, with Dodgeball, Versus Co-op and Escalation to go with the more traditional Death Match, King of the Hill, Guardian, War Zone and Execution.

All the action is set to a new track from DJ Shadow called Nobody Speak, featuring Killer Mike and El-P from Run the Jewels. Check it out.

If you want to get a closer look at the Escalation game mode, 10 pro players wil be facing off at PAX East ad 11 a.m. EDT tomorrow for showmatch on Twitch.

The beta will continue through May 1. Gars of War 4 will be coming exclusively to Xbox One on October 11.