Fabric, an app development resource under the Twitter umbrella, has been running for some time, but the company recently pushed more aggressively into games with an initiative to provide tools to Unity developers. Shacknews talked with Hemal Shah and Chatty user Jake Ouellette about their toolset, goals, and where they see Fabric going in the future.

The effort began with Android, after developers requested a native crash support kit. Twitter's Crashlytics was a natural fit, since as Ouellette noted, a common crash on level three might answer the mystery of why your players aren't reaching level four.

"We actually power the majority of the top apps in the App Store," Shah said. "We have a suite of products from stability, analytics, beta distribution, monetization, login, things like phone number sign up, and things that you want to integrate with Twitter, like tweeting from the app or embedding content. These are just tools we provide to any app developer. At a high level, Crashlytics is one of the most popular tools out there for stability."

That led the Fabric team to ask what other aspects of game development they hadn't reached out to. Unity was the next natural fit.

"Historically we've never supported Unity as a platform," Oullette said. "Unity sits on top of mobile devices and runs in its own virtual environment. For crashes they look completely different in Java and C Sharp. So to support Unity game developers, we needed to make something that supported it technically under the hood. Then on top of that one thing that was very important for us: we care about making things easy for mobile developers." 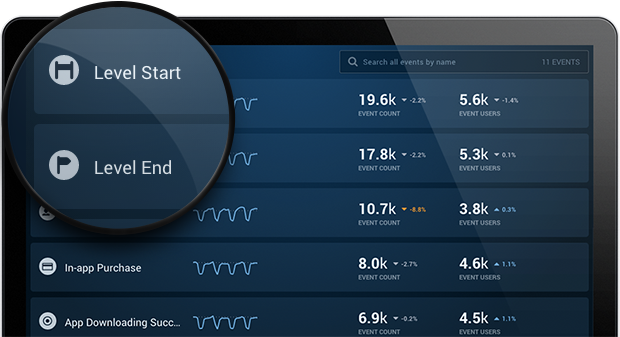 For that reason, the Fabric tools for unity prioritized easy installation and updates, with as little as one or two clicks. But that wasn't the only consideration in play.

"One of the reasons Unity developers will appreciate the approach that we took is because of the pain that's associated with installing, on-boarding, and updating the plugins and kits that you need in your app," Shah said. "One example is, Unity doesn't have a default or even support a traditional dependency manager, which makes it very difficult when you want to do things like install a new kit or update that kit or update that plugin.

"So we did two things. One, we created a plugin tool for Unity developers to manage all the other Fabric services we have. We took this approach for making it very easy for them to navigate and organize. The second thing is we made it really easy for them to actually install and update those services, which shouldn't be taken lightly because there's a lot of pain today around doing that in Unity. It's very easy for developers to complete that process with one click or a couple clicks."

Even though Unity is an open platform used for PC and console games, and Fabric is focusing on Unity development, it's not planning to branch out to other platforms anytime soon.

"We are 100% focused on mobile, we've always been a mobile-first company. So our tools are designed for those who are pushing Android and iOS apps," Shah said. "We're going to be heads-down focusing on making sure that experience and the industry is completely covered and that we're able to get the things we want to do just right before expanding to other platforms."

For the immediate future, Fabric is aiming to polish up its existing Unity tools and introduce new ones. One immediate plan is to find monetization tools for developers, since those hooks are such a priority for mobile game studios. Using its ties to Twitter to spur on organic growth with built-in sharing tools, or to use Twitter as a virtual leaderboard.

"In the long-term, I don't think we actually have anything that's the silver bullet in the chamber waiting to come out just yet," he said. "Our goal is to make sure we do a great job to make sure all of our tools and services work well with Unity. We're going to continue to work with the thousands of game developers to find, where are the pain points and how can we smooth them out."

Those ties to Twitter could be easily misunderstood though. Shah was clear that Fabric's goal isn't to grow Twitter's brand. It's leveraging Twitter's data for its tools, and that helps offer valuable data like demographic information for players, but Fabric is meant to stand on its own.

"We offer a modular platform so developers might not choose to integrate with Twitter and that's okay," Shah said. "As long as we can give that value back to them, I think we're very happy with Fabric and our mission."

Fabric has opened a dedicated site for promoting its game development tools, which you can find here.