Lumo preview: The 'Solstice' is upon us

It's hard to imagine where to go after working on a wild world like Crackdown. After helping bring law enforcement officers with superpowers to life, where does one go from there? For original Crackdown 2 studio Ruffian Games developer Gareth Noyce, the answer is simply to go back to the beginning and back into an older era of video games. That's the idea behind Lumo, a 3D isometric puzzle adventure in the vein of classic PC games like Solstice. Shacknews recently had the opportunity to jump into this homage to an age gone by and go hands-on.

Lumo begins outside of an old arcade museum, where a young boy walks in and gets pulled into an arcade machine, not unlike the start of classic 80s film "Tron." But in this case, the player is taken into an isometric dungeon. The idea is to find the exit and return to the real world, but how difficult that is will ultimately be determined by a person's play style. 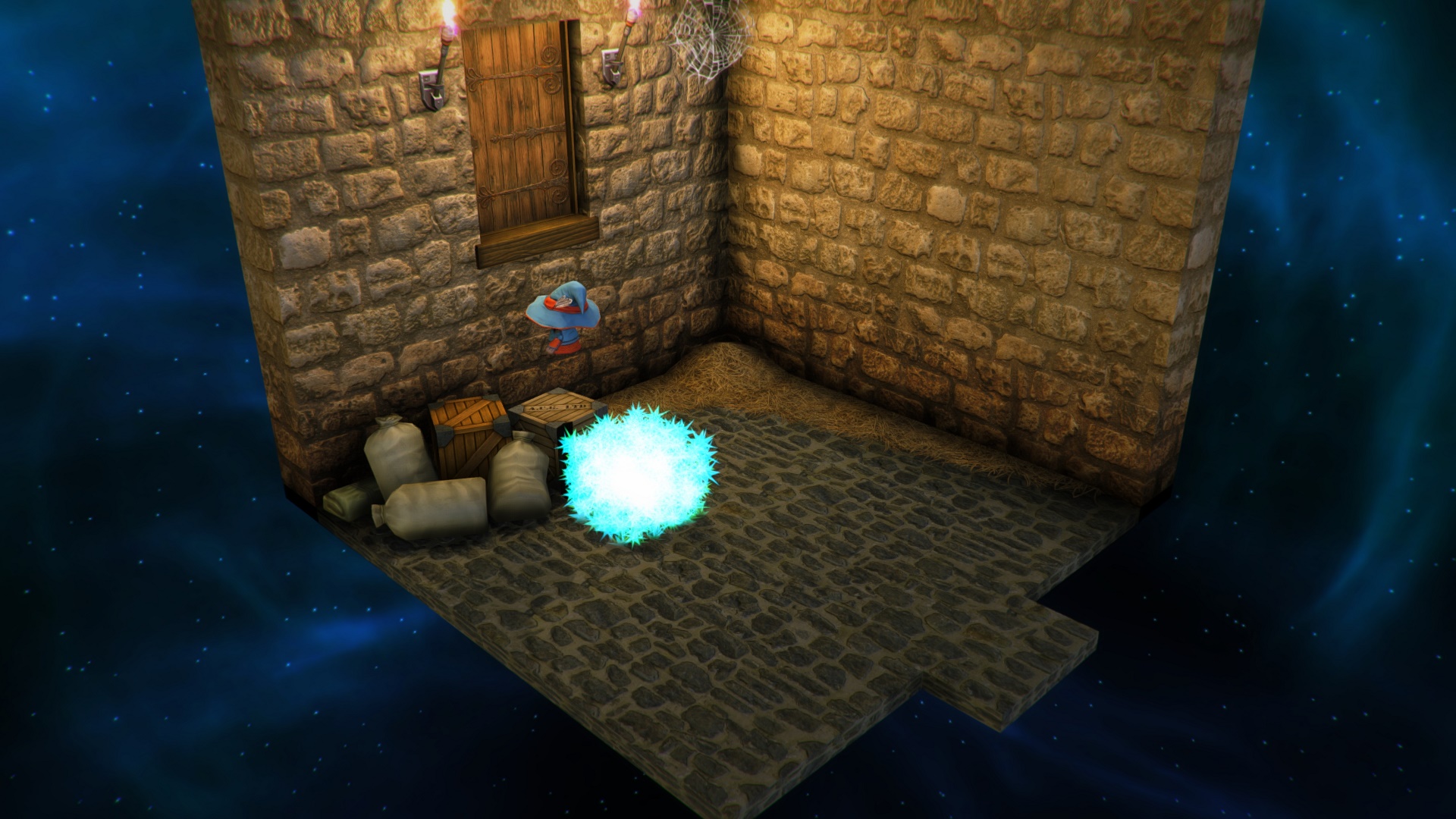 Lumo can go fully modern, with a map system and infinite lives, giving players a chance to take their time and ponder their path. It leaves the door open for experimentation, allowing for a chance to divert from the main path and poke around for secrets. There's also an Old School mode, which taps into the old Solstice-level design. That means there is no map, the player only gets a few lives, there are no save spots, and there is a strict time limit to complete the game. The latter mode will appeal to the older generation, as well as speed runners aiming to for a new adventure to master. The control scheme can also be selected to suit the more seasoned veteran (the D-pad moves players diagnolly) or the rookie (the D-pad works as normal).

The dungeon design starts off as standard platforming, with the idea to jump on crates, hit switches, and activate gates. As the game goes on, more complex ideas are gradually introduced. There are acid pits, collapsing floors, killer traps, conveyor belts, and other elements that make their way into later rooms. There are a few stranger elements that take some getting used to, like a box that disappears whenever you jump from above it or a 'Love Box' that follows you on sight. There are even ideas that are used as homages to other games, such as large black balls that operate like the classic Marble Madness arcade game or floating bubbles that work similarly to the old Bubble Bobble series. 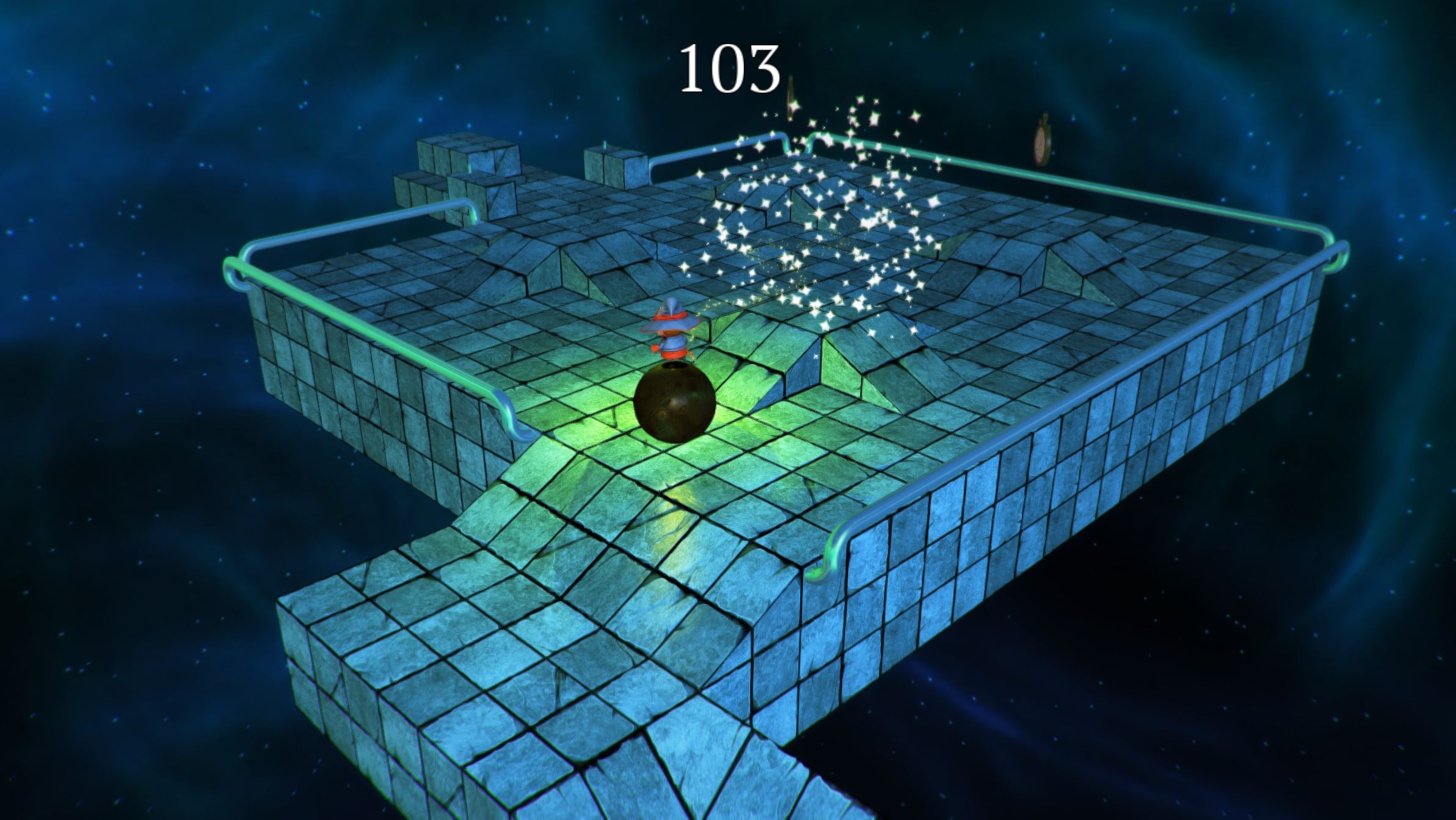 Lumo is certainly not short on those homages. There are hidden cassette tapes found throughout the game, all acting as an homage to the UK's 'Casette 50' collection (a compilation of 50 games in the 80s that Noyce referred to as "rubbish."). Their most frequent hiding spots are over the center of certain walls, encouraging players to attempt to break each area's boundaries. There are also a few winks and nods to pop culture, such as a sequence where a massive boulder is giving chase across a narrow hallway. Running under a collapsing ceiling will allow the player to escape, but not before he nearly loses his hat.

With the variety of jumping puzzles, logic sequences, and backtracking, it looked like I had a grasp of what Lumo would be all about. But there also appear to be different environments, lending themselves to different puzzle types and platforming sequences, in later stages, which should make Lumo a consistently fresh experience. The unlockables should also keep players coming back, especially the rubber ducks littered throughout the dungeon. Holding the jump button when landing on the center of a duck gives the player an extra bounce, which means some extra thought needs to go into how to collect them.

If the goal is to invoke the spirit of the classic isometric platformer, Noyce and Rising Star Games appear to be well on their way to accomplishing that. Lumo will include over 400 rooms, with the game estimated at about 6-8 hours for the average player. It should also be interesting to see how the speedrunning community takes to this one, given that it lends itself perfectly to that format. Lumo is set to hit PC, PlayStation 4, PlayStation Vita, and Xbox One in April.