Street Fighter 5: Things to Know Going In, According to Chatty and ShackFighter

Street Fighter V has been out for nearly a week, with more and more players rising up to take each other on over the online space. While many of those jumping into online games are seasoned SF veterans, there are also some newcomers that are getting into Capcom's fighting series for the first time. Today, Shacknews is hoping to speak to some of those newcomers by sharing a few stories from our Chatty community.

One of the main questions I pitched to our Chatty community was whether they could outline the main differences between Street Fighter V and previous generations of the series, particularly the Street Fighter IV generation. The ShackFighter group has been deep into SF for many years and the differences with this newest series entry stood out almost immediately to many of them. Many of those changes don't quite favor the underdog, with Chatty's mechanicalgrape noting that there are no major comeback mechanics like Ultras in SFV. In fact, sukabljat goes so far as to call SFV play a little more 'honest,' noting that the mechanics feel closer to Street Fighter III in the sense that certain mechanics, like option selects and hard knockdowns can't be abused. 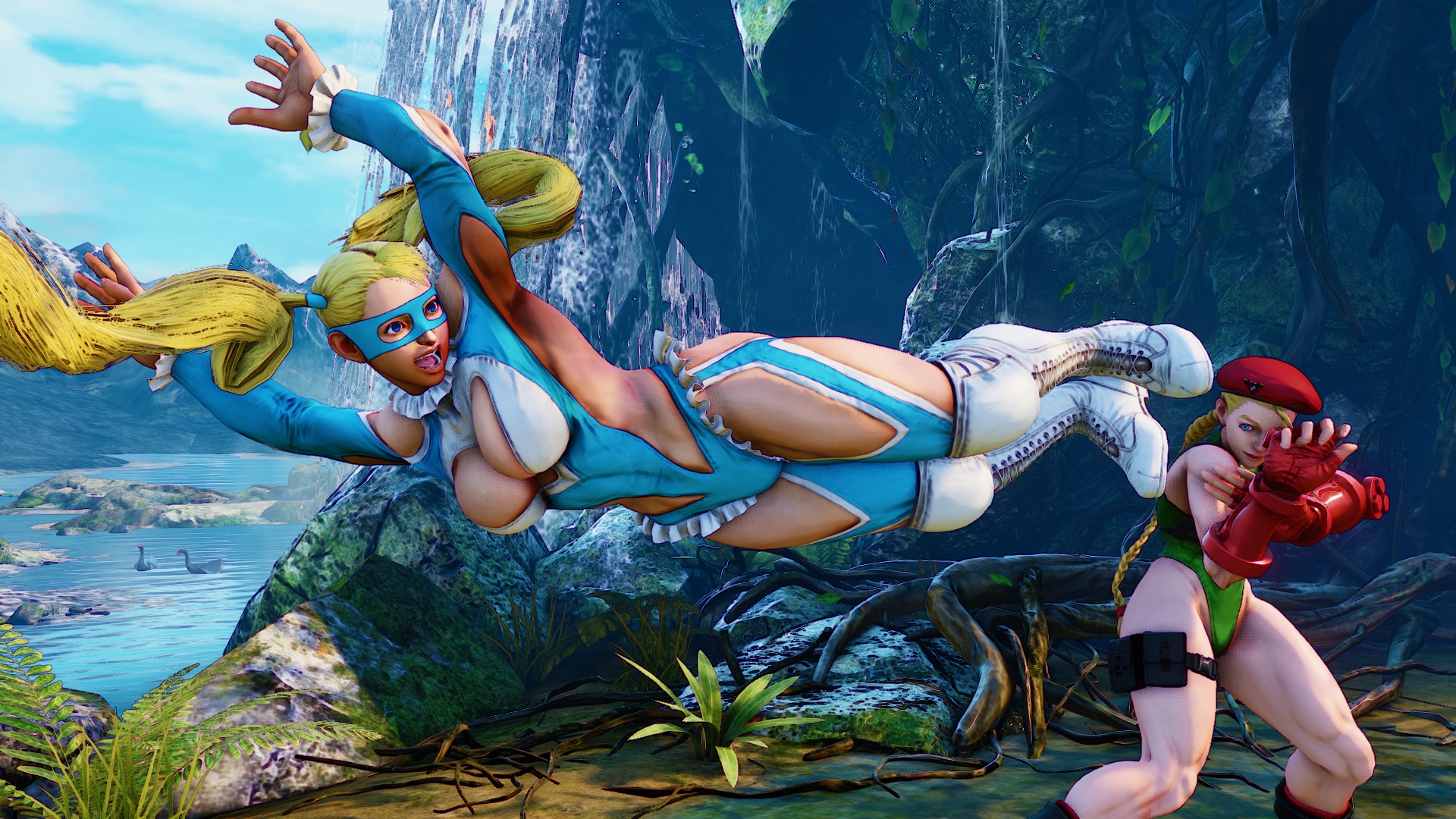 mechanicalgrape has also observed the change in the hard knockdown system. "There are almost no hard knockdowns in 5. This helps reduce the ability to set up a vortex where you are basically making 50/50 guesses in regards to blocking. Because of no hard knockdowns, there is a much more prevalent neutral game in 5, making footsies and fundamentals more important."

Furthermore, the idea of reading your opponent, anticipating their reactions, and drawing out their tendencies seem to be far more prevalent in SFV. Both bcyde and mechanicalgrape have noticed the move away from safer tactics, like Forward Attack Dash Cancels (FADC) on Dragon Punch moves. The emphasis looks to be on committing to a certain strategy, emphasizing greater risk, and generally making play more offense-oriented.

There is one interesting idea to note that Shacknews lightly touched on in our SFV review and that's the move away from chip damage ending a match. To this point, players could always rely on enough offense being able to put an opponent away, especially if they fireball spam near the end. This new system makes provisional damage (gray life) on both sides even more important to pay attention to.

"The gray life chip mechanic as well as no chip outs (except for supers) is interesting," said bcyde. "The gray life stuff probably isn't something that people are paying too much attention to yet, but it's definitely going to force more active play. I'm not sure how I feel about no chip out, I'd probably would've like EX special moves to chip out (so it does cost something), but it'll be interesting to see how this develops in the long run." 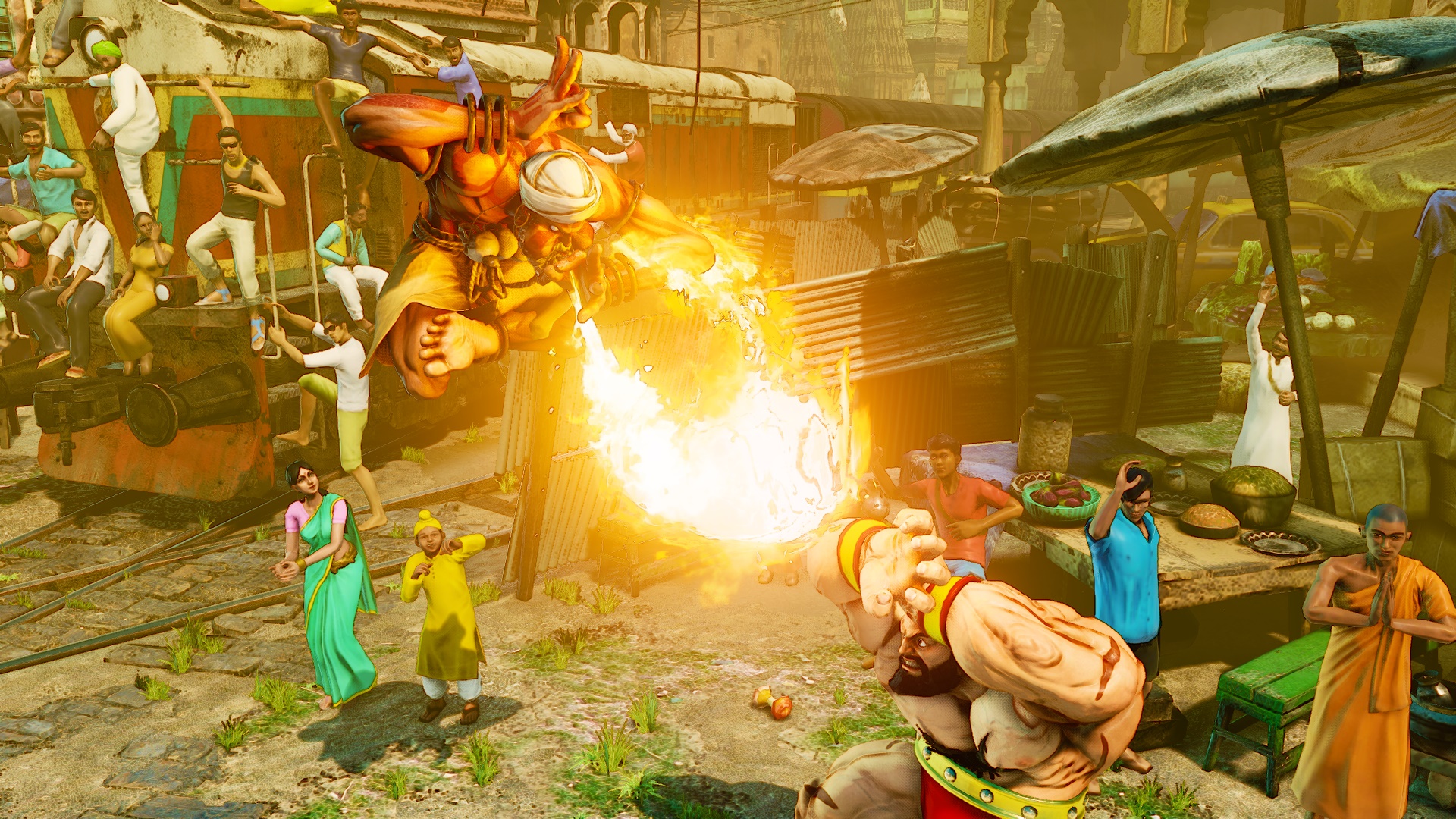 In terms of characters, there seem to be a healthy mix of different characters being used. bcyde has come to recognize Laura's potential for fireball mixups and her fierce punch elbow pressure (Update: As noted in the comments, this was meant to say jab elbow, which acts as an anti-air move), as well as the invincibility frames on her EX elbow. eeeealmo is working with Nash, despite not having many good reversals other than his V-Trigger move. mechanicalgrape is utilizing Karin for her speed and mobility. TOnez is enjoying Zangief, thanks to some of his new anti-air tools and his ability to trade health with other characters and come out ahead. smackpiece feels similarly about R. Mika. kill9 has stuck with Chun-Li since day one. The ShackFighter crew have their favorites, but they're still learning to use each fighter and practicing online every day. They're also looking ahead to the first batch of DLC characters and are already thinking about how to use Guile, Ibuki, and others in this new system.

As for those looking for general newcomer advice, Chatty was helpful in that department, as well.

Finally, the ShackFighter group extends its welcome to any newcomer with questions about the game. mechanicalgrape offers these parting words:

"I should also add, don't be afraid to lose. If you're new to fighting games, you're going to lose, and lose a lot. But it's the only way you're going to get better. If you want to come hang out with a bunch of Shackers that play fighters regularly and would be happy to help new people learn and get better, please stop by our group's chat room on Steam."