Far Cry Primal is an intriguing idea on paper, but I wasn’t really sold on how Ubisoft planned to transition its annual Far Cry formula twelve thousand years into the past. Primal has the potential to be an engaging journey into the prehistoric era, and a personal story of a single man's journey to bring his people together. Sadly that journey suffers from a critical blow to such quickly successive sequels: its promising story structure is buried beneath copy-and-paste mechanics that beg the player not to look any deeper than the same old Far Cry players have grown accustomed to since Far Cry 3 released in 2012. 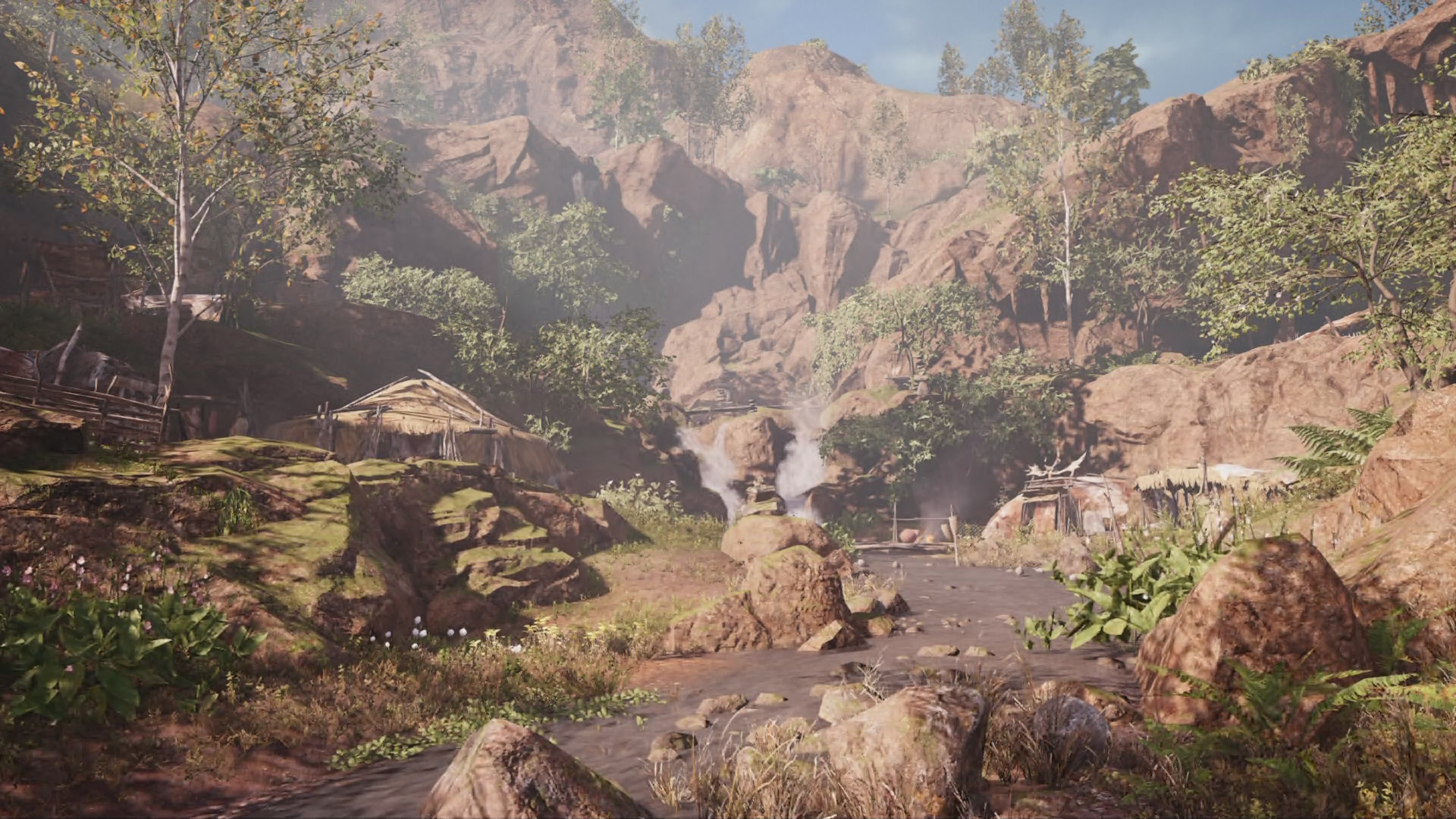 Back to the Stone Age

Far Cry might be changing its time period, but it isn’t quite ready to give up the mechanics that have made the series so famous--or in some cases, infamous. Bonfires have replaced the radio towers of Far Cry 4, and outposts have returned as well, remaining almost exactly the same as they were in the previous two Far Cry games. This isn’t a huge issue, because the mechanics do work, but it does become rather bothersome after a while. Of course being able to mount and ride animals like the sabretooth tiger make for dynamic new ways to fight, but overall the Stone Age doesn’t feel much different from the tropical paradise or frosty Himalayas that we experienced in Far Cry 3 and 4.

As mentioned, the story is very weak on the surface. At this point you might call it Far Cry-esque. A much stronger enemy is attacking your people, and you’ll have to complete quests to strengthen the protagonist until he’s ready to take on the enemy commanders. The Beast Master aspect makes a nice addition to the myriad of upgrades available to players, but the amount of animals you can tame feels small compared to the amount of creatures roaming the world. Predators are the only animals you can tame, and there are only two types of tameable beasts that can be ridden. I’m not counting mammoths, though, because technically Takkar can’t tame them.

Early on in the game, around the same point you unlock the ability to tame animals, you gain access to an owl, which you can use to tag enemies and recon enemy encampments before you attack. This is the most striking example of borrowing liberally from previous games. It's clear that the owl is mean tto replace the camera feature, so it keeps an important mechanic intact in a way that makes very little sense in the world. It still works well, but feels too much like a prehistoric coat of paint on the existing Far Cry structure.

Unlike its predecessors, Primal’s arsenal of weapons is fairly simple, with players only able to make use of a bow, spear, and a club. Of course there are a couple of upgrades for your club and bow, including a double bow, which fires two arrows at once, and a two-handed club which deals a little more damage than the traditional club, but requires more time to attack. Other than that players really only have the option of a sling, which is fairly useless aside from distracting enemies, and several different throwable weapons like fire bombs, sting bombs, and stone shards. Despite the lack of weapon variety though, Ubisoft actually has done an outstanding job with the weapons. Each hit with the club feels good, the sound of the heavy wood crushing flesh and bone resounding through the air, and the spear takedowns were a personal favorite of mine as I roamed around the game world.

Similarly, the wild forests of Oros feel alive. Enemies, allies, and wild animals roam the land and side events are plentiful along the way. Sometimes all the animals, people, and events can be too much though and oftentimes I found myself feeling overwhelmed, as if the world was too busy. This is really reflected in the game’s world map, which features icons for every collectable in the game. This isn’t really a negative, but it does make for a cluttered mess when you’re trying to find something specific. 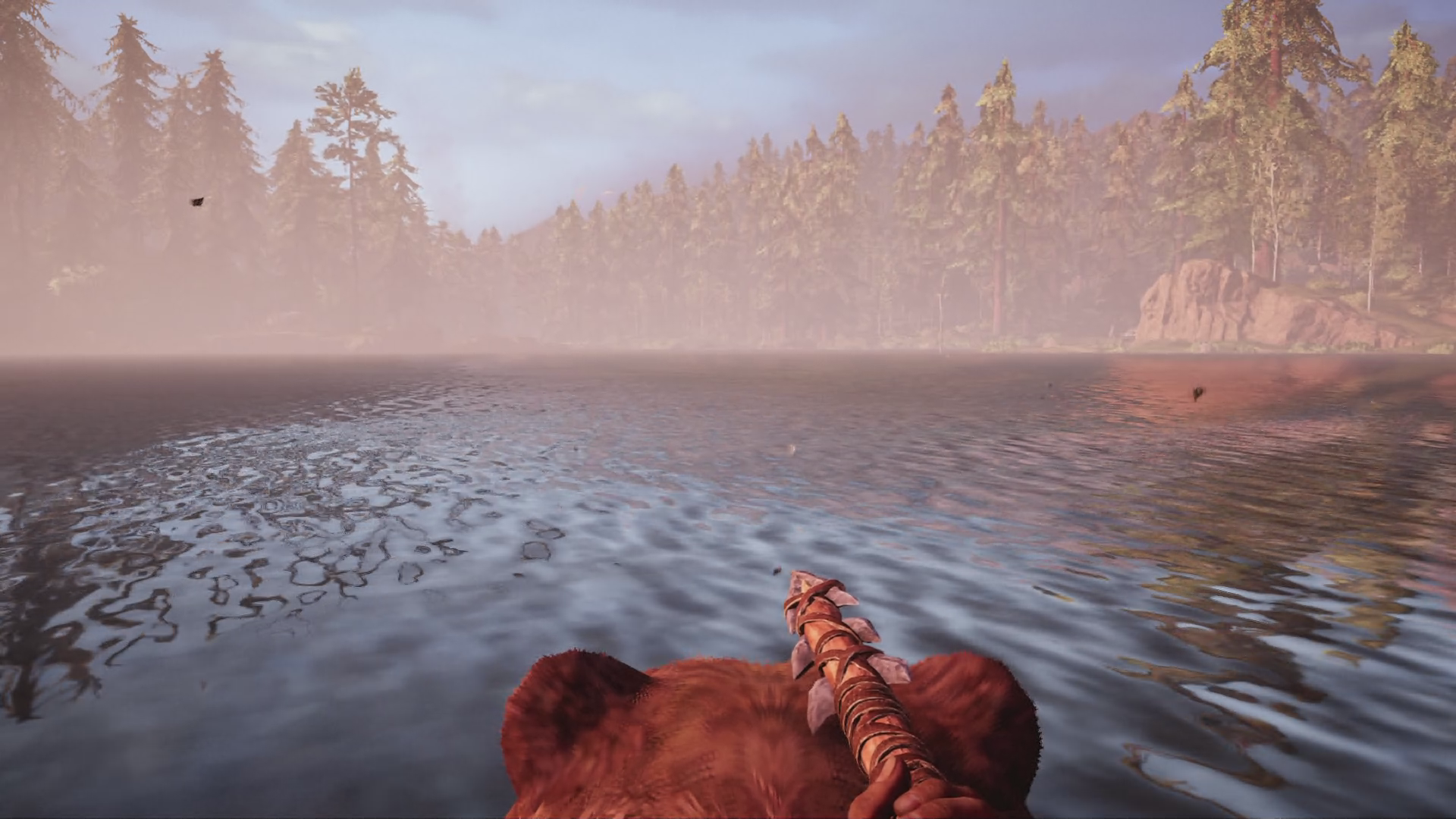 Takkar’s journey through Oros is fairly straightforward. Takkar has been gifted with this amazing power that he must now use to destroy the Wenja’s enemies. It's a basic "Hero's Journey" structure, with the somewhat superficial twist of being set against an unusual time period. While the story didn’t ever pull on my heartstrings, or play with my emotions at all, it did have a few witty moments that made me chuckle. After spending a fair amount of time roaming around Oros I managed to finally take down the Wenja’s biggest enemies. Assuming my journey was over I sat back and prepared myself for the game’s main ending--which is why it completely surprised me when I realized you had to complete every single quest given by the village specialists to actually end the game.

This wouldn’t be such a problem if the specialist quests were actually interesting, but many of them hold no more story than the side events you happen upon while making your way through the forest. This was extremely disheartening, because it meant I was forced to go through with these mundane experiences just to be able to see the game’s real ending. Had the quests been more interesting, like the Master Beast Hunter quests, and less “fetch this and build my hut” then I wouldn't have minded the forced nature to reach the end of the game. 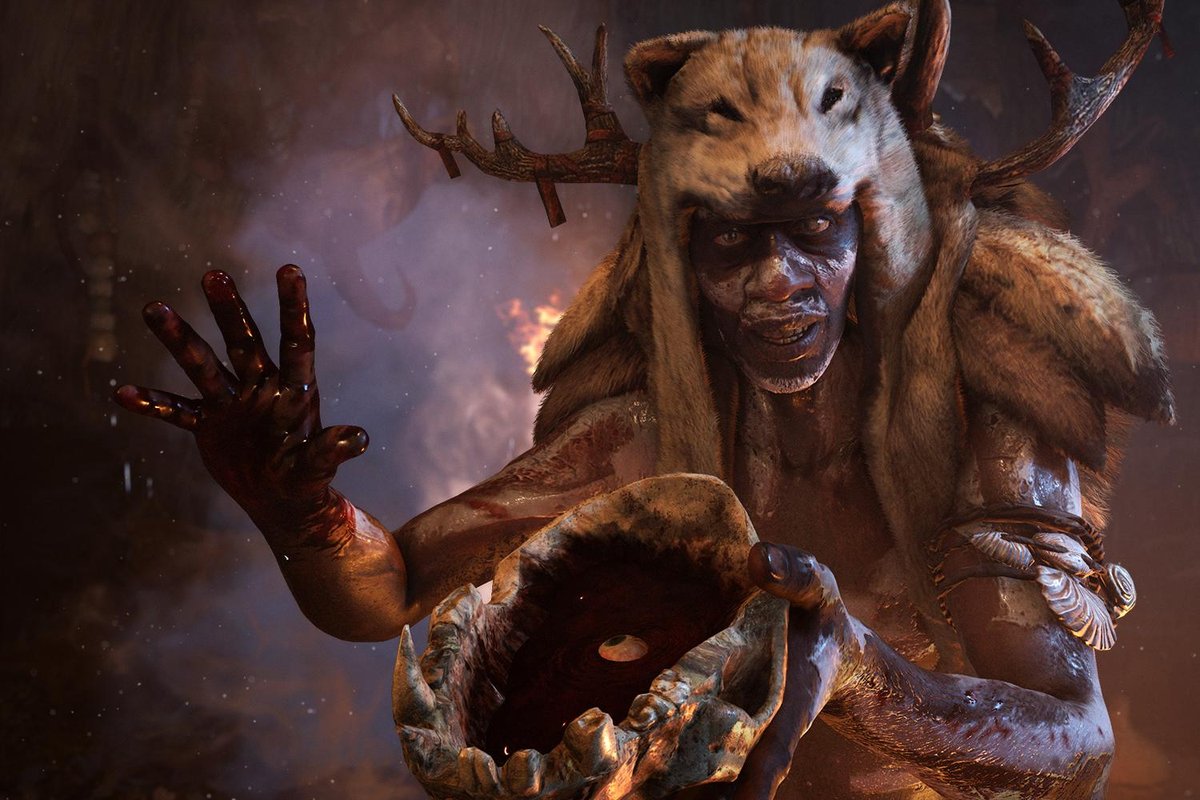 Overall Far Cry Primal is a promising idea, but the underlying potential of Takkar’s journey is wasted on a stereotypical surface level story that keeps players from really connecting with the protagonist and supporting characters. The Master Beast Hunts are exhilarating, and require tons of preparation if you want to pull them off without a hitch, but aside from the few hunts offered up in the end game, the forced specialist quests are just as much a letdown as the game’s underwhelming story. In the end the new abilities, like taming animals and riding them, are great additions to the game, but they just aren't enough to save Far Cry Primal from being a fairly average and mindless adventure in a time long forgotten.