The Assassin's Creed Chronicles series has been an interesting couple of side-stories, looking at different corners of the AC universe that the main games just haven't had a chance to look at. While the games themselves haven't been particularly great (if our China and India reviews are any indication), the trip into different historical settings has at least been novel. Assassin's Creed Chronicles: Russia takes a slight step further, not only going into a different period of history, but also stepping into the boots of a previously-established character. Unfortunately, even with that novelty, Russia brings back some of the worst tendencies of the series.

'Russia' puts players into the role of Nikolai Orelov, a character that's previously appeared in an Assassin's Creed comic book series. Much like Ezio Auditore in AC Revelations, Nikolai is at the end of his road, now an old man looking to leave the life of the Order behind him. However, there's a small matter of the Russian Revolution that's currently unfolding around him and amidst the chaos, the Templars have apparently gotten hold of one of the Pieces of Eden. He was just days away from retirement, but that puts Nikolai back on the rooftops for one final job. 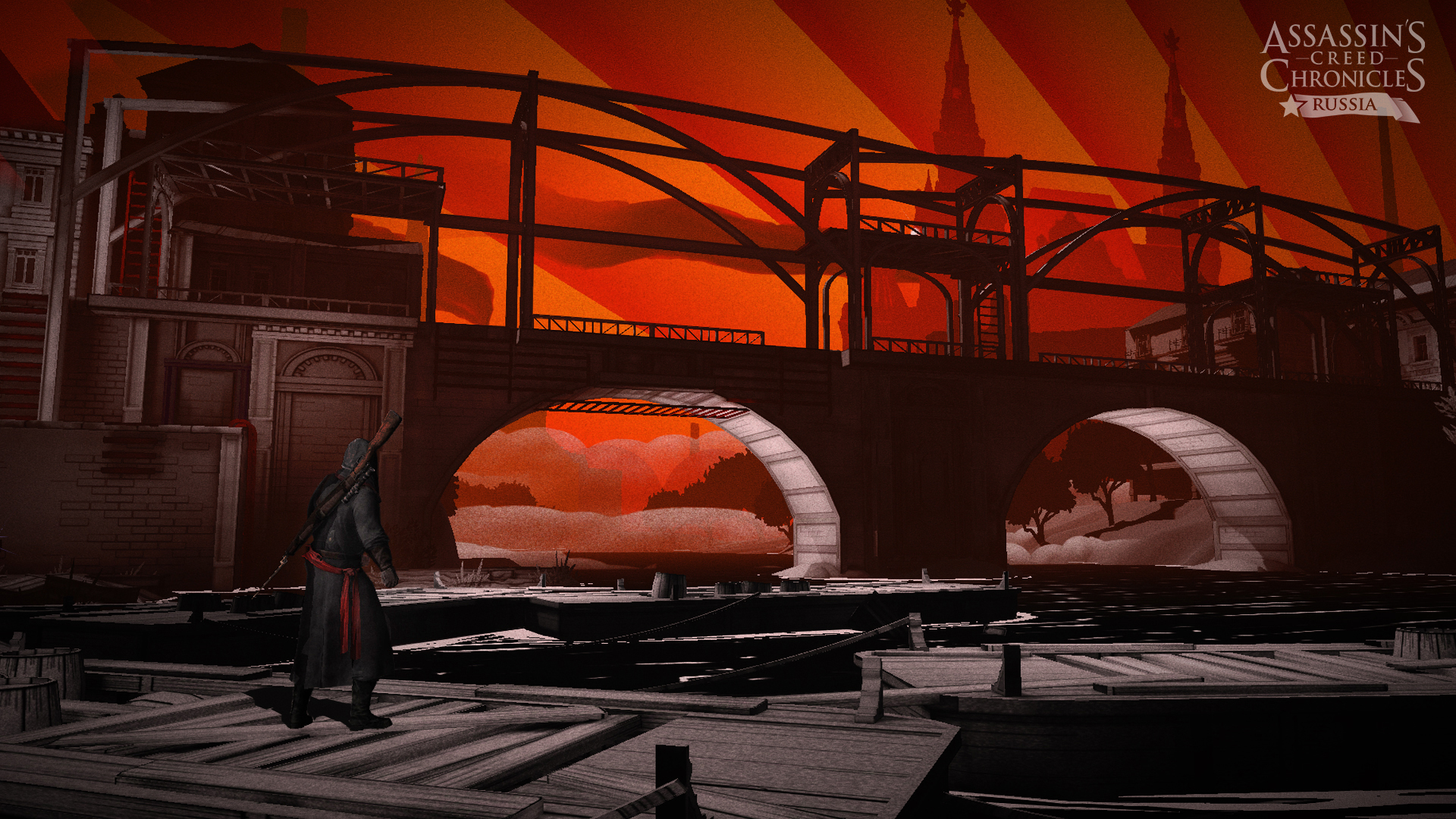 For those that haven't made the jump to Chronicles, there are certain elements that set these games apart from their 3D compatriots. The 2.5D setting allows for a more experimental art style, one that maintains the watercolor style of China and India, albeit with an emphasis on grays and reds. The reds are particularly emphasized, since they mark the interactive parts of the stage, like ladders, climbable walls, and more. It's a novel style and one that adds to the game's atmosphere. It doesn't depart from the atmosphere of the cutscenes, either, which are told in brightly-colored motion comics.

'Russia' also introduces two distinctively different characters. Orelov will have his limited arsenal (given the game's brevity, coming in at around 6-8 hours) of a rifle, smoke grenades, and mechanical winch. He'll also bump into Anastasia, the daughter of the deposed Tsar of Russia, who becomes playable, thanks to a neat plot twist that won't be spoiled here. She becomes far more stealth-oriented, since she only has Nikolai's dagger and often won't use it. In fact, if face-to-face with a guard, she'll just stand there and wait to get stabbed or shot. If that sounds frustrating, that's because it is, but that's just the beginning for 'Russia' and its issues.

While there's plenty of novelty in 'Russia,' the game has managed to reproduce some of the same feelings from other AC games. None of those feelings are positive. The frustration factor, the finicky controls, and the many, many cheap fail states all seem to be present, just in slightly different forms. While previous AC frontmen could hold their own should things go south, Nikolai feels brittle, by comparison, often going down in one hit. While that encourages a stealthier approach, stealth is often unforgiving, as it's often hard to gauge whether a foe will decide to just take a glance behind him, just because. Assassinations aren't always reliable, either. Causing distractions is often a crapshoot, since they won't always move guards far enough to make any tangible difference. Assassinations from hiding spaces feel like just as much of a coin toss, as guards will either be in prime position for a takedown or decide on a lark to just look behind your spot to find you, at which point they'll take you down. And yet, even with that, it's possible to cheese a lot of these sequences, as players can hide in vents, behind walls, or outside windows, because in a vast majority of cases, the guards won't come out and search for you. They're complete blind spots, which further creates a feeling on incosistency with the enemy AI. 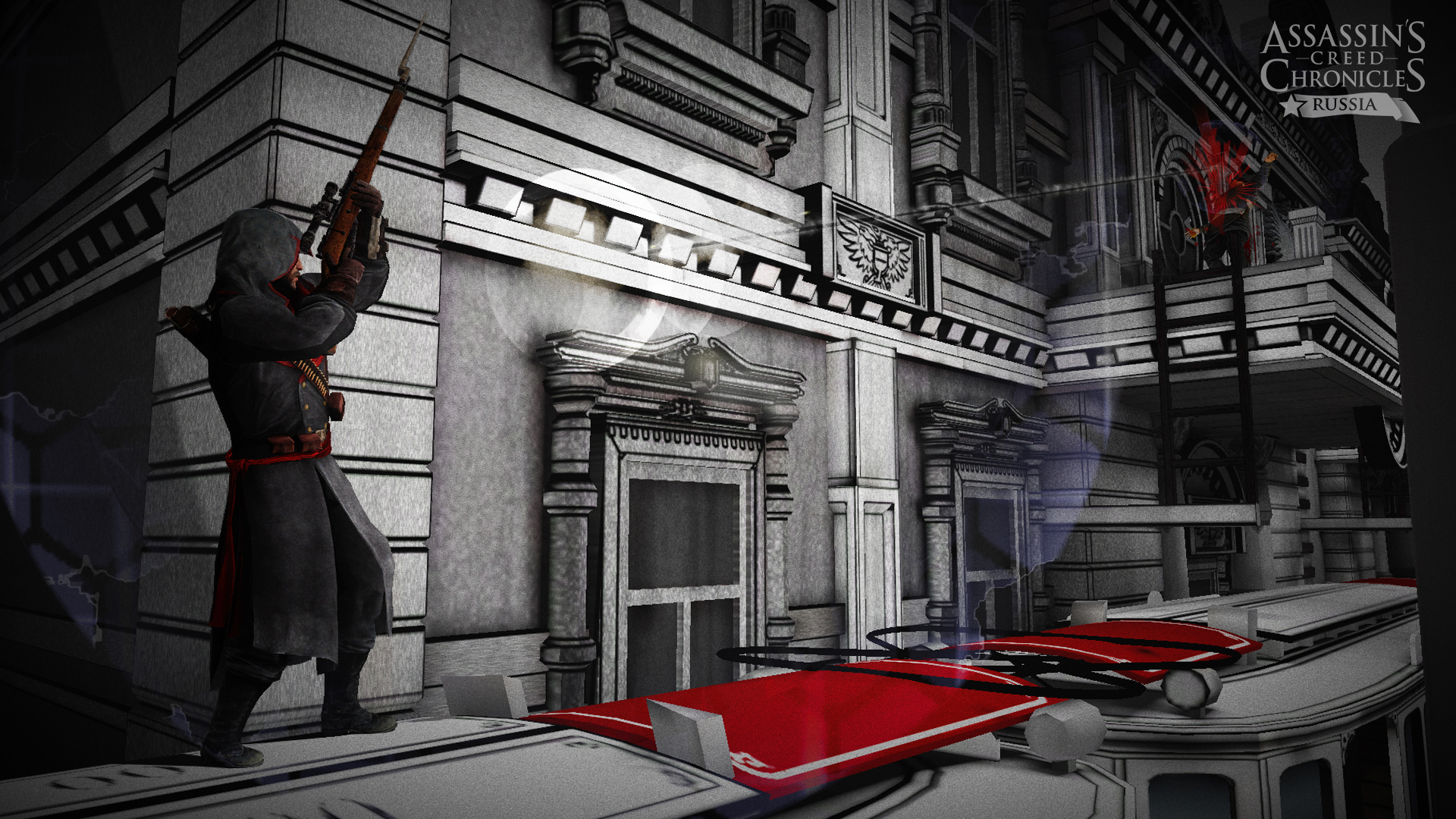 Now let's take a moment to talk about the sniping objectives, which rank up there with the game's most irritating features. Aside from unconventional controls (scope and firing are tied to the bumpers, not the triggers), sniping feels like a timed objective in itself. When you're scoped in, you're completely helpless. There's no option to duck or dodge at all. You're stuck in the zoomed-in state, so if an enemy lands a hit, prepare to die and start over. That'll happen quite a bit, since it's very easy to miss a shot with the game's iffy shooting mechanics. The sniper sequences become more frequent towards the end of the game and they don't get any less aggravating.

'Russia' does its best to keep gameplay varied, but some of the other additions don't quite work so well. As mentioned, there are several timed objectives that require Nikolai or Anastasia to reach a certain point quickly, but that often just becomes a case of Man vs. Controls, as the game's jumps will often have a mind of their own. This is another case where cheap deaths will be plentiful and less patient players will feel their blood pressure start to rise.

Had 'Russia' stuck to some of the roots of the main AC series, this could have been an interesting departure from the 3D games. But making the main characters feel paper thin while stacking the deck with inconsistent stealth mechanics, fussy controls, and timed objectives starts to make 'Russia' feel like a weekend in Siberia. There are unlockable upgrades for those that can complete runs without being spotted and there's an intriguing story for fans of AC lore, but this one won't really call for more than one playthrough.