Wondershot preview: One Shot, One Kill

Indie developer Leikir Studios has one game under its belt so far, which is best described as something for the more hardcore set. Isbarah blended the world of bullet hell and platforming, so while it was well-received by most Steam users, it's not something for everyone. That's why for its encore, Leikir is focusing on something a little more social.

That's where Wondershot comes in. Wondershot is a local multiplayer game that's aiming get friends around the couch for a few quick rounds, with the main object to survive. This type of top-down arcade-style arena combat game has been done before, so what does Wondershot bring to the table that's unique? Well, players have certainly heard the expression "One shot, one kill." This game takes that premise a step further by only giving players one piece of ammo. Players either hit their target or have to run and get it. 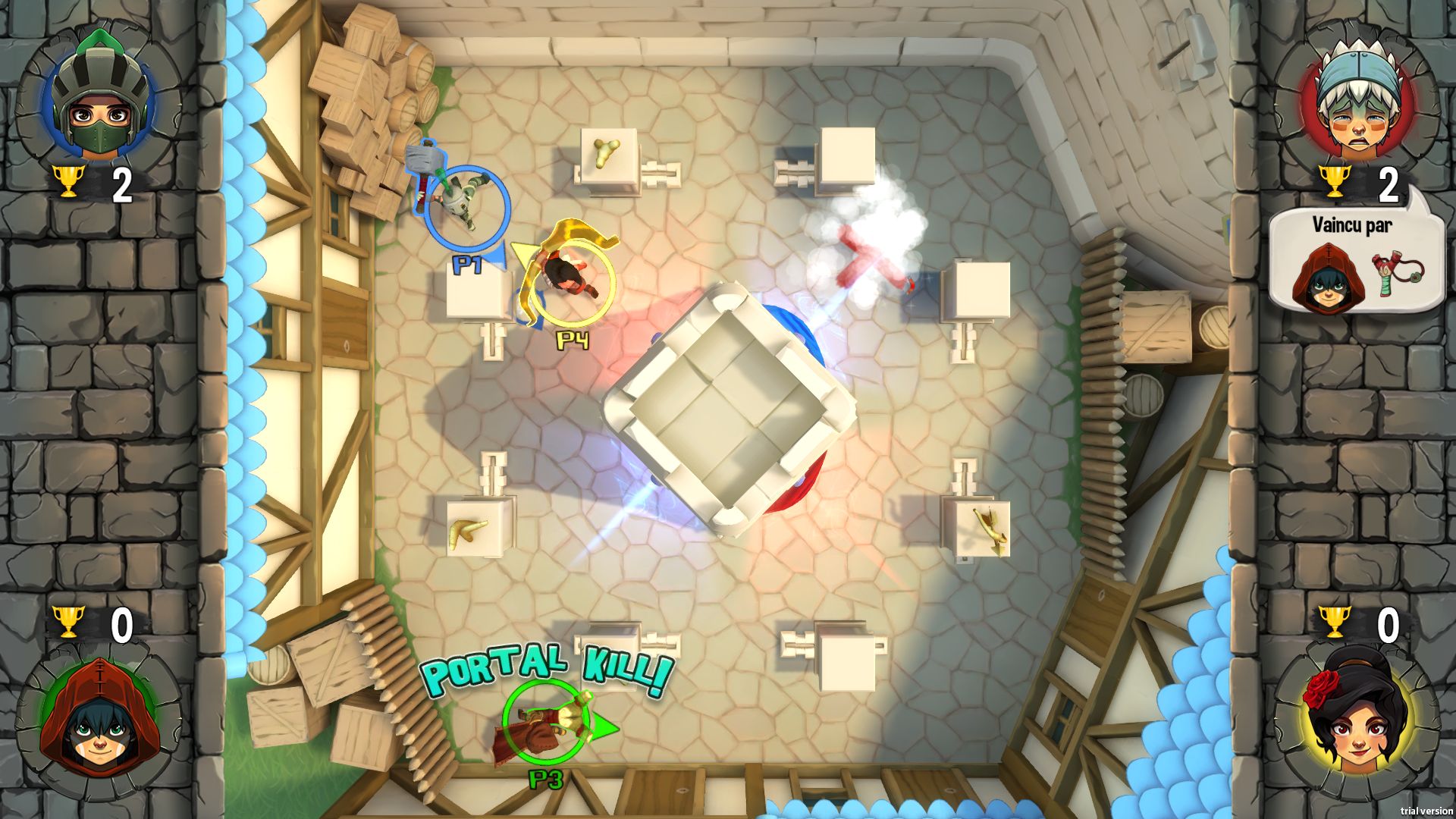 Shacknews went hands-on with Wondershot last week, looking to see if Leikir is hitting its goal of accessibility. With a simple control set, it seems to be doing just that. We tried out some competitive multiplayer, where the object was to be the first to win ten rounds. These sessions went extremely fast, since each character can only take a single hit. Where the sense of chaos came in was with missing an opponent. Anyone that misses has to retrieve their ammo, which creates a dangerous, yet fun, scenario. More often than not, if I was the one that missed, I'd get plugged well before I could grab my ammo.

There are four weapons available in Wondershot. There's the standard bow and arrow. There's there slingshot, which bounces twice before landing on the ground, giving players a chance to hit some neat trick shots. The boomerang is a safer weapon, since it can come back towards you and can also be set to float in the air, although it seems to have more limited range than the other weapons. Then there's the hammer, which can whack opponents Thor-style and grant players a dash ability, assuming they don't mind waiting a little longer to actually swing the weapon. All of these weapons will function slightly differently, depending on whether you press or hold the 'Fire' button.

There doesn't seem to be a lot of map variety, but the more fun offerings will be heavy on portals. Portals are color-coded to indicate where they lead to on the map, but they aren't just meant for players. It shouldn't take long to immediately get the idea to just shoot your weapon through a portal and hope for the best. This route will often lead to a kill, though with so much chaos on-screen, players will have to pay extra attention to see if they've landed a hit. If they have, their character reloads automatically, so it's worth keeping an eye on your shot, wherever it may go.

For the more anti-social, there's an Adventure mode that puts many of the Wondershot skills to the test. These are individual challenges, which gradually introduces new enemies with differing attack patterns. While my time with the game was limited, I was able to check out one of the later challenges that featured charging bullies that would single-mindedly try to tackle my character. As the challenges progress, the idea becomes to stay accurate while also managing the growing number of enemies on-screen. A similar principle is used in the game's Brawl co-op mode, which is basically taking on hordes of increasingly-tougher foes for leaderboard bragging rigths.

Leikir is hoping to bring friends closer together with Wondershot, which will only feature local play. While the multiplayer seems finely suited for online play, this one will be all about getting friends together on the couch. There's no exact release date in place for Wondershot, but the developers are aiming for a mid-to-late February release window. Look for it to come to PC, PlayStation 4, and Xbox One as a digital title.