EA and PopCap Vancouver are ready to unleash even more botanical conflict with next month's Plants vs. Zombies: Garden Warfare 2. But what about all of those players that invested their time in the previous Garden Warfare game? EA has been hinting at rewarding these players since the sequel was first announced and those rewards have finally been detailed.

Anyone that has ranked up in the original Garden Warfare are set to receive rewards based on their player level. And while most of it involves cosmetic and consumable items, the rewards start to get better at Rank 50, with Rare/Super Rare characters. There's also a very special reward for anyone that's managed to make it all the way to the maximum Rank 313, in the form of a Legendary Unicorn Chomper. That's exactly what it sounds like, with a rainbow-colored Chomper character with a singular horn. It also comes with the Unicorn Warp Ability to help it move around. 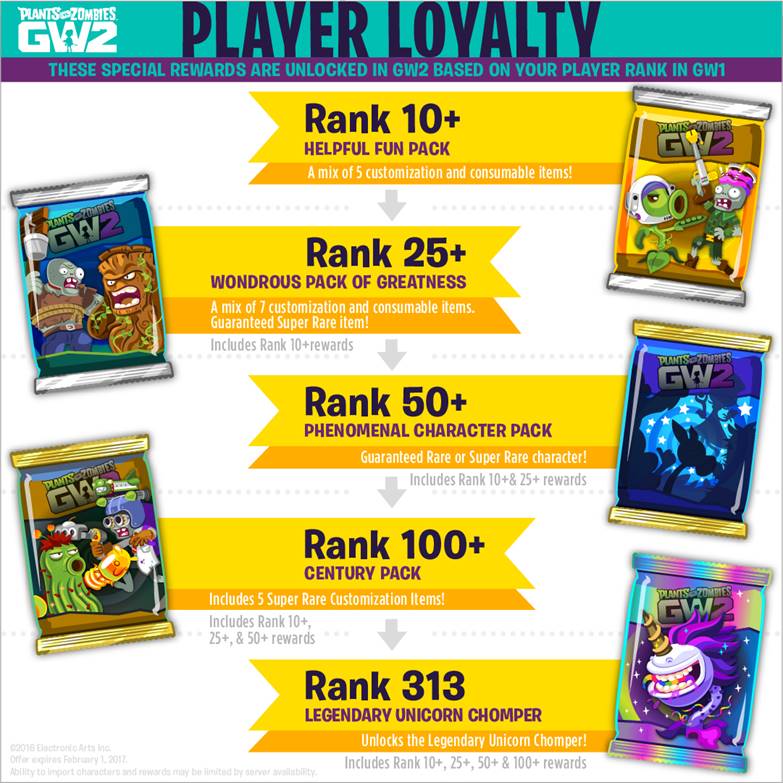 Those looking to increase their original Garden Warfare rank or adopt Garden Warfare 2 at a later date will be free to do so, but this import offer will not last forever. It's set to expire on February 1, 2017.