Virtual reality is proving to be a new way to enjoy games, taking players into fantasy worlds in ways they've never imagined. However, the new technology is also opening new doors for other real-world experiences. VR isn't just good for fantasy worlds. It's also good for viewing the real world in an entirely new way.

Solfar Studios and RVX among those looking to use VR tech in ways never imagined, offering the opportunity to take users of all stripes to the peak of Mount Everest. Everest VR was unveiled late last year, but just how immersive is this expedition? Shacknews climbed to the top of this year's Consumer Electronics Show to find out. 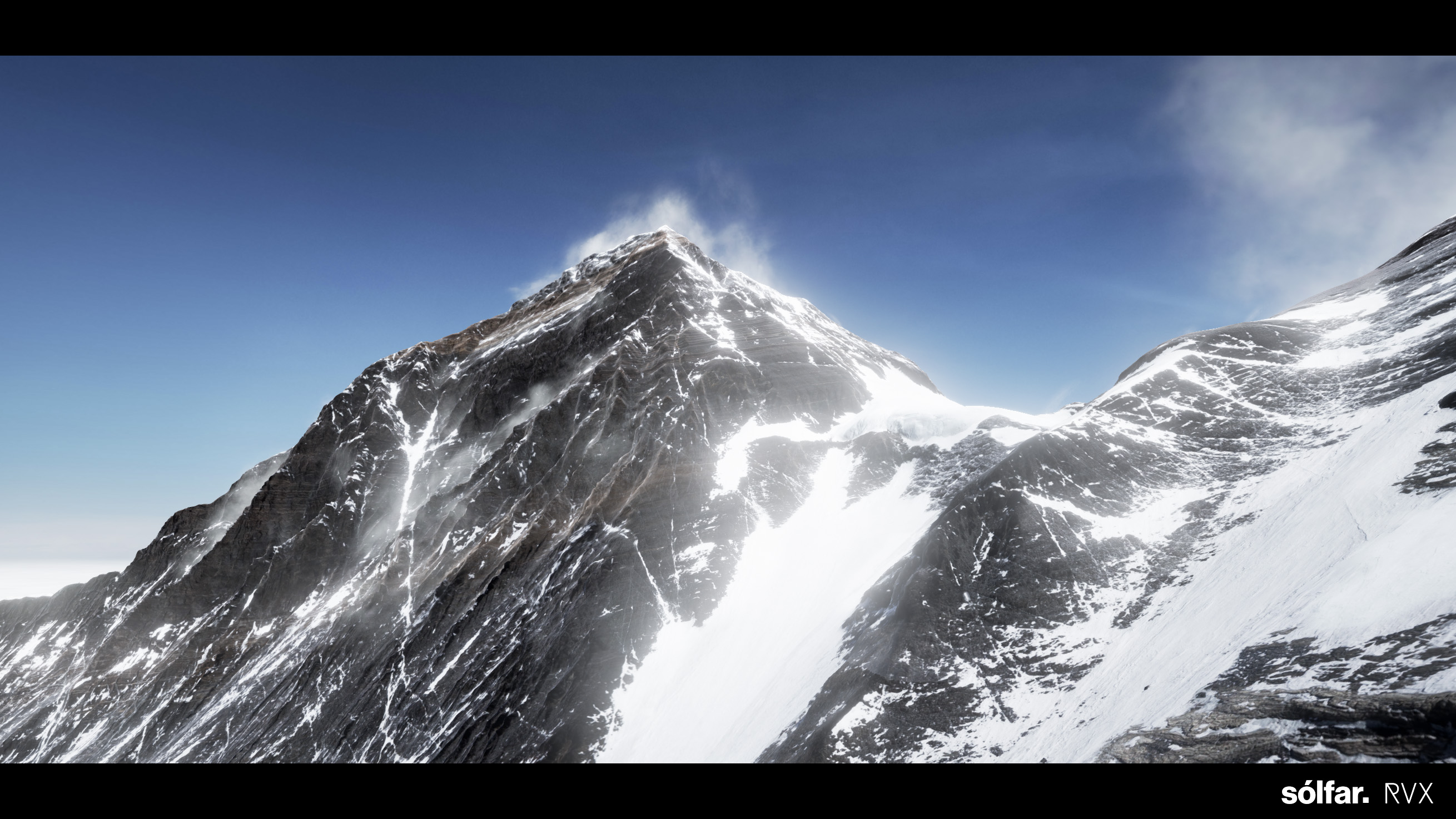 It should be noted off the bat that this writer is deathly afraid of heights, so the prospect of this assignment certainly wasn't easy, on paper. The anxiety amplified slightly when strapping on an HTC Vive and grabbing hold of the Vive's dual controllers. A narrated introductory video played first, explaining the history of the great mountain while flying me aboard a helicopter near the top of the summit. The snowy textures and the treacherous terrain were captured in immense photorealistic detail, thanks to over 300,000 images of Everest used for this demo. Combined with the heavy winds blowing around me, it felt like a first-person documentary.

From there, the anxiety died down quite a bit as the tutorials kicked in. The Vive's controllers are used to control a player's grip, which are used when climbing the mountain, climbing ladders, or traversing across rope bridges. It certainly looked like a long way down, but any fear of heights was quickly relieved with a few noticeable disconnects from reality. The climbs and crossings, while treacherous, never gave any real sense of danger, since I never had a feeling I'd lose my grip and fall off. And more than that, the lack of haptic vibration or feedback helped reassure me that this was, in fact, just a demo.

But despite those facts in mind, Everest VR is a beautiful encapsulation of the majestic mountain. Unreal Engine 4 and Nvidia's Titan X GPU capture the landscape accurately, allowing me to explore a large part of the base and just below the summit. Fortunately, there were visual cues in the form of a light grid showed exactly where the borders were, so that I couldn't go slamming into an actual wall. More importantly, despite the high-end graphics required for such a demo, it all ran smoothly without hitches or lag. As such, despite the virtual elevation, I never felt nauseous or sick at any point.

Everest VR may not feel entirely like a traditional gaming experience, feeling more like a tech demo with minimal in-game goals in place. But the fact that it's all about exploration, combined with the opening narration, had me coming away feeling positive about virtual reality's potential to tell nature documentaries in an entirely new way. Imagine using this same idea to take users to the jungles of Africa or deep into the Pacific Ocean? Everest VR certainly had me curious about such possibilities, while also raising my own interest for learning more about the Himalayan wonder.

Look for the full version of Everest VR to release later this year.