Back in November, EA Sports announced that the upcoming EA Sports UFC 2 would feature Ronda Rousey on the game's cover. But EA had promised one more fighter would grace the cover (and it's a good thing, too, because Ronda had a rough few weeks shortly after her cover reveal) for its UFC sequel. And by virtue of his dominant "blink and you'll miss it" performance over Jose Aldo, UFC Featherweight Champion Conor McGregor has taken that spot.

McGregor has proven to be one of UFC's biggest draws over the past couple of years, putting on total clinics and walloping anyone that's stepped in the Octagon with him. His most recent fight over the weekend with Aldo didn't last long at all, with Aldo rushing into a fierce left hand that instantly dropped him unconscious. EA Sports UFC 2 hopes these cover athletes will draw attention to the new Knockout Physics System, as well as the five new game modes that will be added to the game. 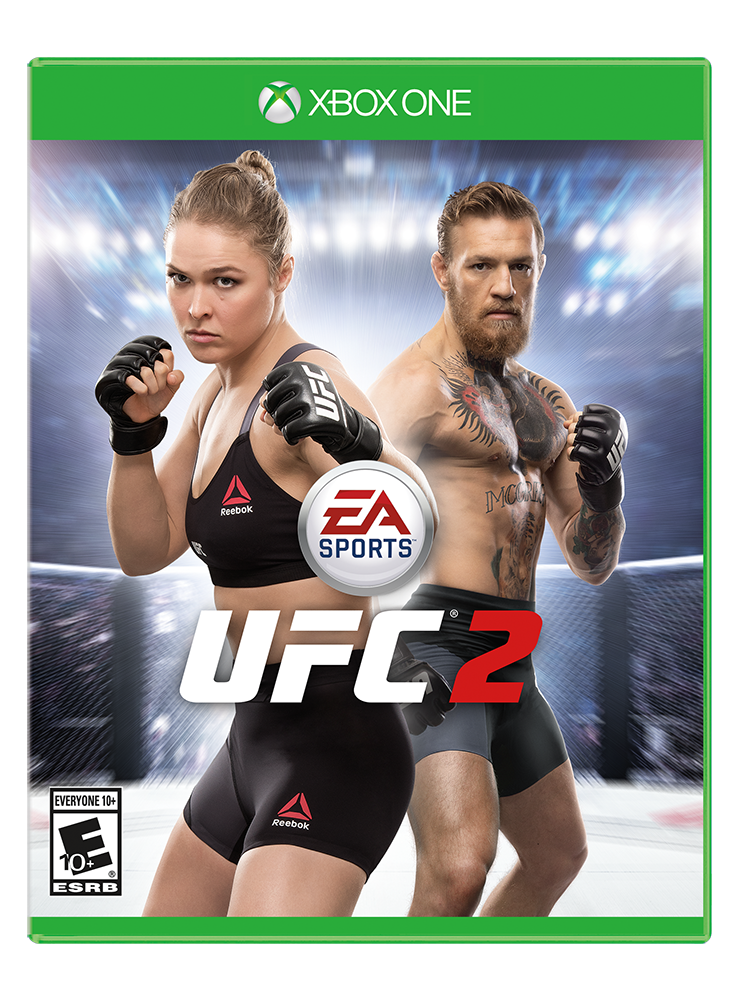 Of course, whether the Madden Curse is extending to other areas of EA Sports franchises is currently being debated, given that Ronda Rousey promptly lost her next fight in devastation fashion after being named to the EA Sports UFC 2 cover. Fans will have to wait for McGregor's next fight to see if curses come in twos. EA Sports UFC 2 is coming in 2016 to Xbox One and PlayStation 4.