The Games of 2015 in Review: September

Shacknews is preparing to release its selections for 2015 Game of the Year. Before we get to the staff's selections, Shacknews is taking a look back at the past 12 months in video games, spotlighting a handful of major releases, including a few that readers may perhaps like to include in their own personal GOTY conversations. Next up: September!

September marks the start of the fall season and while many of the blockbusters waited in the wings, there were still some heavy hitters set to see the light of day. Whether it was a chance to finally build a 2D Mario level, exploring a new open world with Snake, or getting behind the wheel in the latest Forza, there seemed to be something for just about everyone this month. 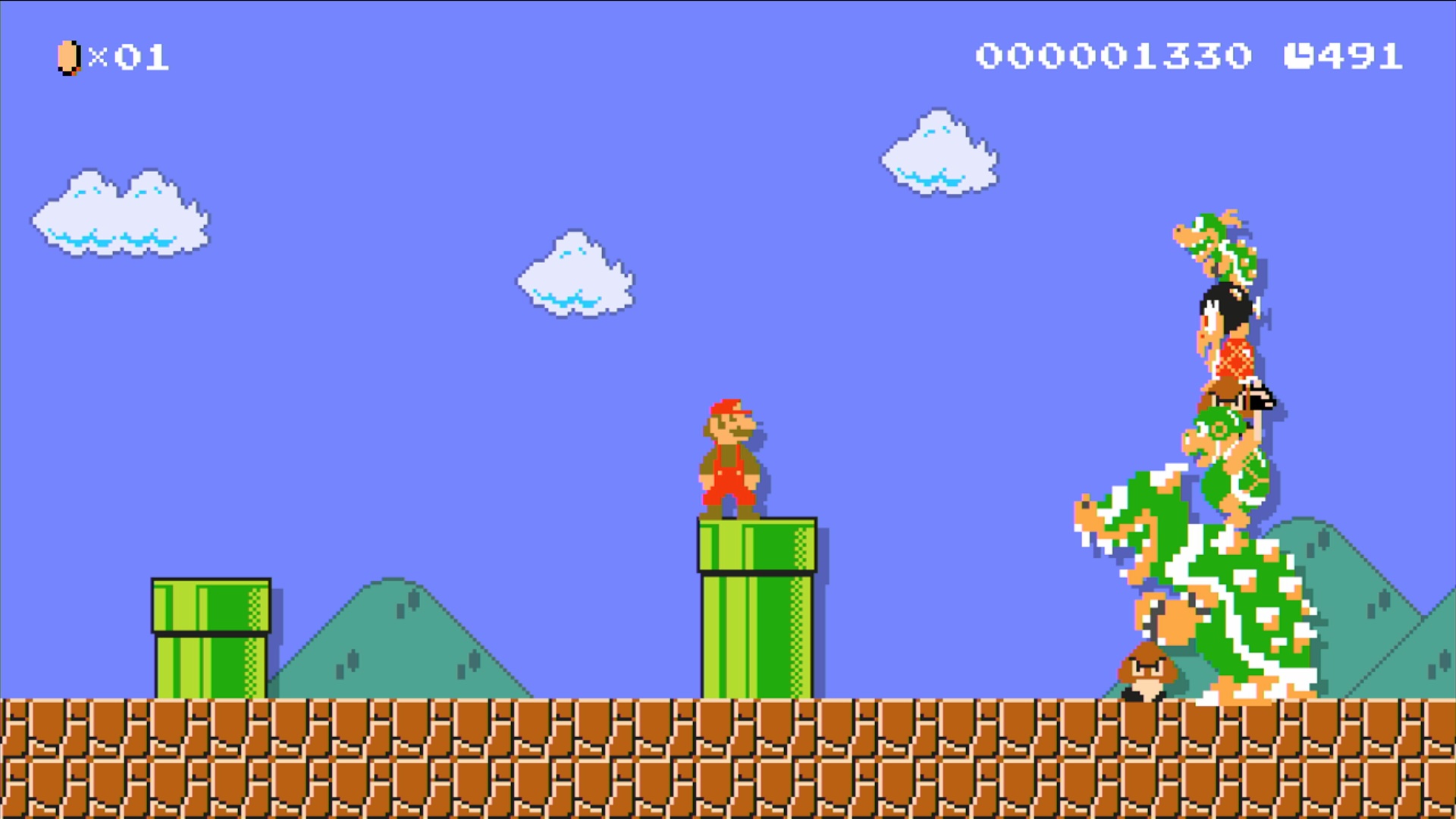 After 30 years, it feels like the 2D Mario formula has been exhausted. What's left for Nintendo to accomplish in this area? With that in mind, Nintendo issued Super Mario Maker, the chance for players to create their own Mario stages. Creative types had the opportunity to craft stages unlike anything anyone has ever seen, while everyone else could find them through inputted codes or even through 100-Mario campaigns.

The experience was made all the better by an intuitive creation system that perfectly utilized the Wii U GamePad. Even if individual final results varied, it wasn't for lack of tools, with Nintendo providing just about everything needed, along with easy ways to change things up between four styles of Mario games.

It's hard to imagine Nintendo ever issuing another 2D Mario game now that Super Mario Maker exists, especially given how creative the player community has gotten. It should be exciting to see what people come up with in the coming year and how much Nintendo will continue to support what should be an endless concept.

From our review: All that is to say, making the game fun is up to us now. Nintendo is known for being conservative and protective of its properties, and it's taking an uncharacteristic risk by giving players this much control over its most iconic character. We're already seeing creativity flourish. I can only imagine what will happen when we're all Mario's caretakers. 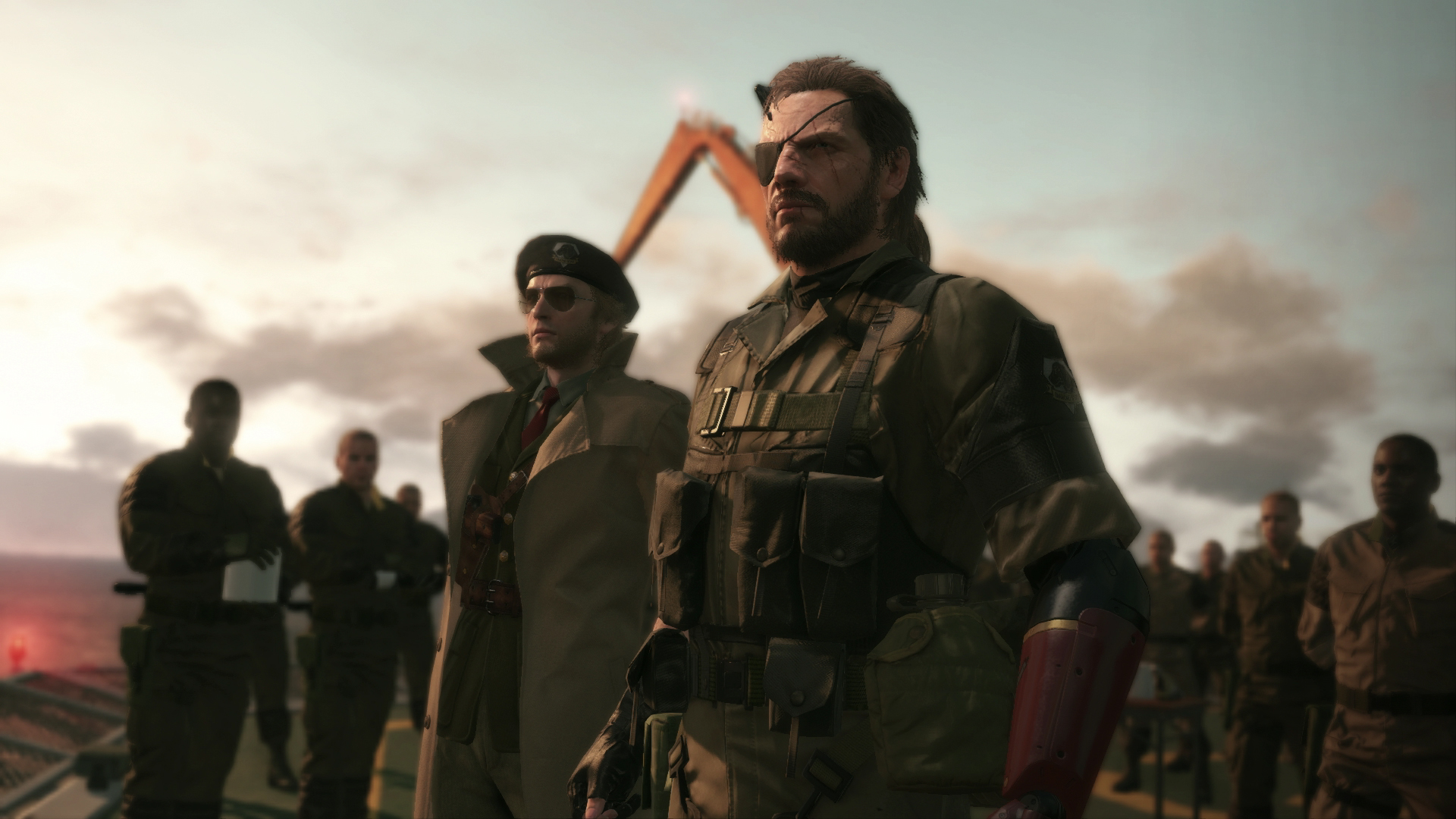 There was arguably no other place for Snake to go than the open world, riding horseback all the way. It's a far wider scope than anything the Metal Gear Solid series had ever seen, but the Phantom Pain's stealth gameplay and flexible open-ended solutions made all of it work. Best of all, there are rarely any real fail states, encouraging players to roll with the setbacks and complete their mission any way possible.

There's a ridiculous amount of depth here, from the online Forward Operating Base to tremendous resources to manage to the sniper Quiet. It's impossible to cover everything in just a few short paragraphs, so the only thing really to say is that this is creator Hideo Kojima's master opus and a fitting swansong for the series he made so great for so many years. The drama between Kojima and publisher Konami is just as mysterious now as it was when this game released, but there's no mystery that the Phantom Pain is a beautiful farewell from creator to character. 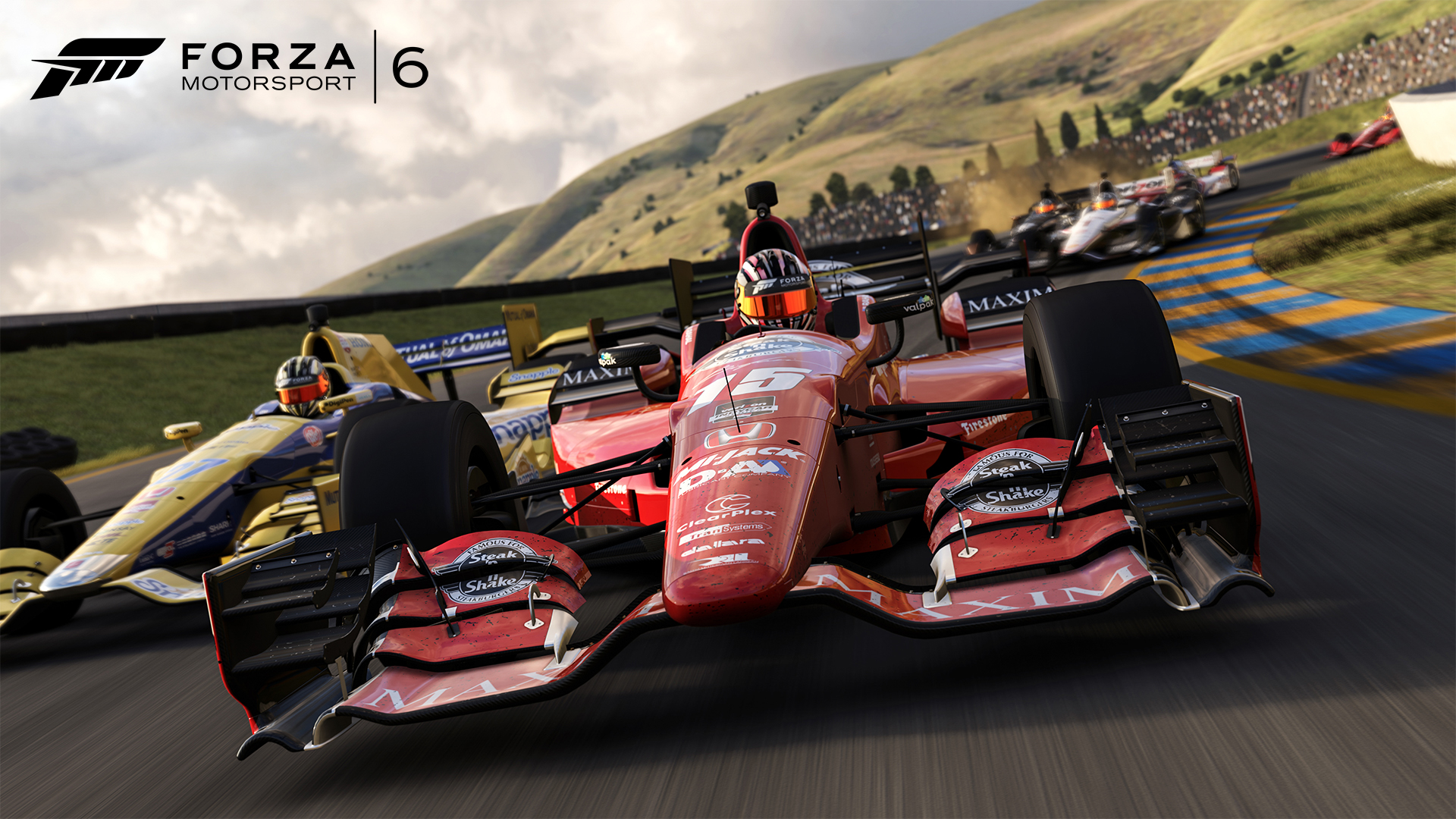 In addition to amazingly detailed tracks, intricately-designed cars, player-based Drivatars, and the sound design to match, Forza Motorsport 6 also introduced night racing and weather effects. And as has been the Forza tradition, Turn 10 took painstaking measures to make sure vehicle physics react accurately to slicker tracks or to the colder temperatures that come during the night. It's among the best-looking racers out there and a driving simulator in the truest sense.

As for unlockables, Turn 10 learned from its mistakes and also learned from Forza Horizon 2, offering up the slot machine reward system and also increasing the amount of credit payouts. This means no need for microtransactions (though they were curiously re-added a few weeks ago), so players can get into the car they want quicker.

While some may prefer the more open-world style of Horizon, there's no denying that Forza Motorsport 6 is the total peak of the Motorsport series and one of the best-looking games to hit Xbox One since... Forza Motorsport 5.

From our review: Forza Motorsport 6 is what I always wanted a next-gen driving game to be. It offers beautiful visuals, a wide variety of options, and uses real-world physics to dictate how vehicles perform. I could easily see myself playing Forza 6 for several months, or even years. I've never experienced a driving game with this level of polish, and it's unlikely anything will unseat it in the near future. 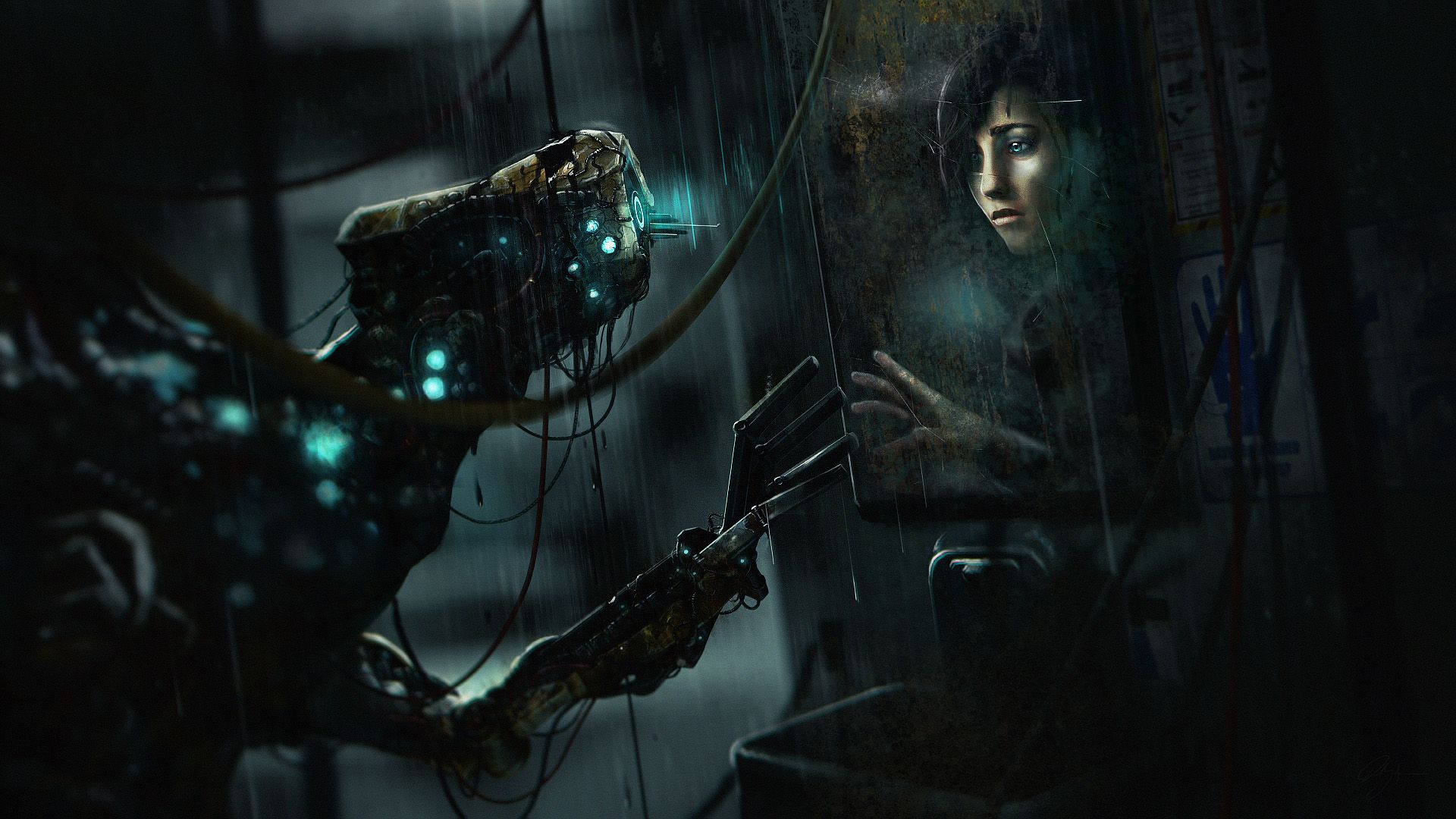 Amnesia: The Dark Descent creator Frictional Games knows what makes an effective horror game. It isn't cheap jump scares or over-the-top gore. It's atmosphere. Atmosphere leads to fear and nothing led to more fear this year than SOMA.

It also helps that there are few ways to actually defend one's self from whatever's lurking in the darkness. Simon is an average person with limited options, which makes sense given the horror that's lurking outside and toying with him. The story is also given a great sense of mystery, with players exploring the remains of a hollowed-out facility, where robots have seemingly been possessed by human spirits and have been damned to suffer.

The fear in SOMA isn't overwhelming. It's gradual. That's much more frightening and shows once again that Frictional have mastered horror games. Don't play this one with the lights on.

From our review: All the stumbling around trades away any sense of suspense. It's hard to feel scared of monsters after you've walked circles around them several times. Not even tricks like suddenly switching off the lights saves the mood. Soma does a great job of making me feel lost and frustrated. Perhaps too good. 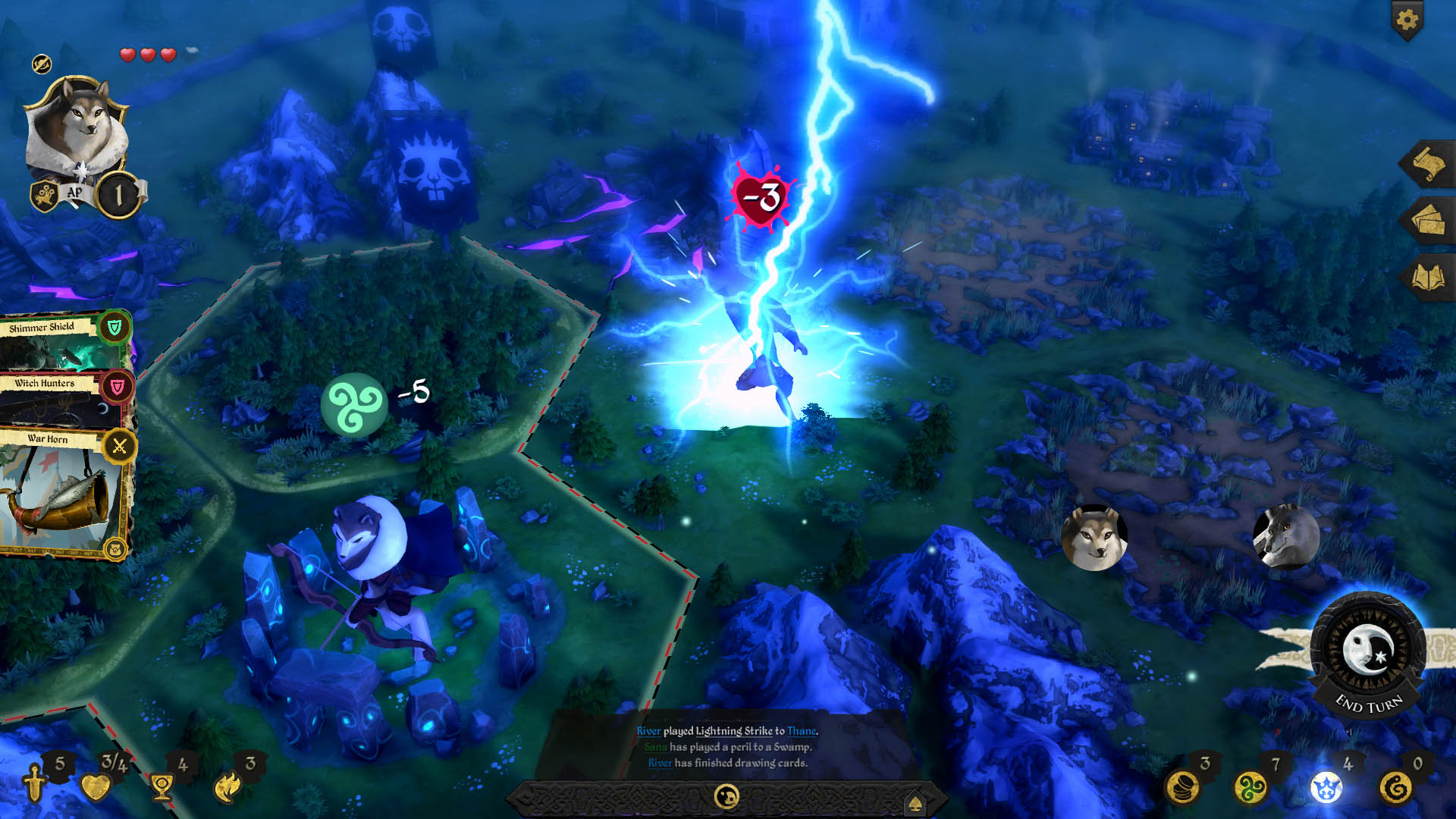 Armello isn't a game that's afraid to get experimental and blend together multiple genres. It looks like a virtual board game on the surface, but this game also includes card game and RPG elements to help vary the experience. That experience centers around the king of Armello, who's perishing from a debilitating disease that's causing him to fester the land with demons. And of course, with the king going mad, the objective is to knock him off his throne.

The game is set behind a backdrop of beautifully-animated cutscenes, helping tell a surprisingly coherent and quality story. It definitely provides the allure to give Armello a shot and those that don't mind a great sense of randomness will find some fun here. Just hope you aren't the one at the end of the RNG.

From our review: Games generally last for about 20-30 minutes, depending on how well (or poorly) players do. The intensity ramps up very quickly, which is crazy, because no game that's this cute should be this stressful. Playing is both a joy and infuriating, depending on your back stabbing/stabbed ratio. In either case, I found myself wanting to go back for more. 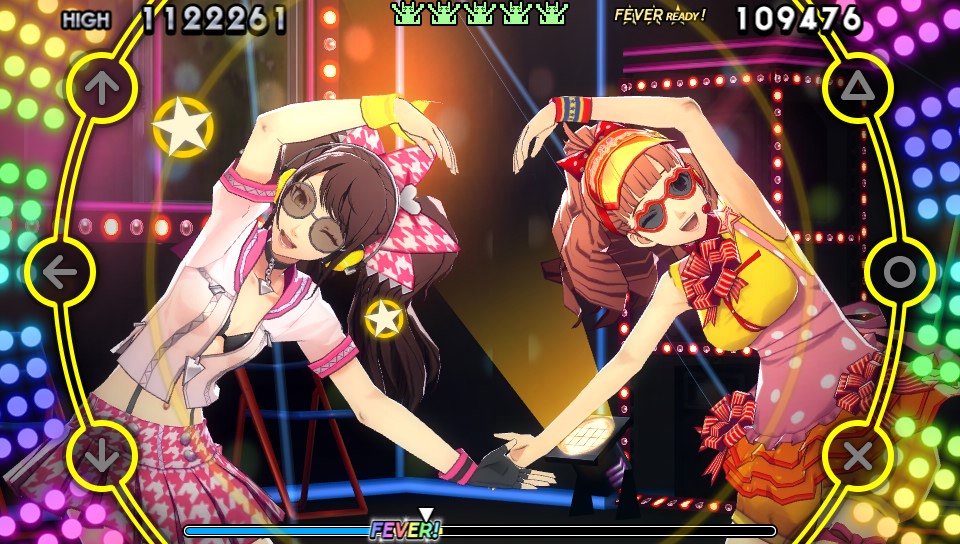 At this point, what's left for Persona 4? Surely, all the stories have been told, right? Well, there's still this dancing game! Those that can't get enough of the Persona 4 characters can jump into this tale that sees the Investigation Team prepare for a concert before the top act starts disappearing into a mysterious world. And in this mysterious world, there is only dance!

It's a weird, weird, weird premise for a story, albeit one that fits with the Persona world. However, there's no arguing with Dancing All Night's rhythm mechanics, which feel wonderfully done on the Vita. Sprinkle in the series' catchy soundtrack and some delightful tandem moves and Dancing All Night turns out to be a pretty strong effort. Even those that are simply in for the story and not so much the dancing always have the option to just skip the gameplay sequences and get right to the narrative. (Why anyone would do so is a mystery, but to each their own.)

From our review: Even with a few missteps, the presentation for Persona 4: Dancing All Night is as colorful as it gets and a beauty to behold. The anime art style remains crisp and if there's anything better than seeing the Persona characters in prime form, it's watching them get their groove on. Ultimately, a rhythm game like this is only as strong as its soundtrack, but fortunately for Atlus, there are some truly enjoyable tracks to be found, including a few remixes of some old favorites. All of those earworms can easily be accessed through Free Dance mode, which is good for anyone that just wants a few quick sessions aboard a plane or in line at an amusement park. It's not the greatest concert you'll ever witness, but Persona 4: Dancing All Night gives a solid performance, one that does its catchy soundtrack proud.

There was a lot of radio silence regarding this game, which raised some fears that Avalanche had turned all its focus away from this and on Just Cause 3. However, Mad Max turned out to be a solid effort, combining capable melee combat with engaging vehicle sections across the familiar dystopian settings of the Mad Max films. It may not be the best game to come out this year, but Mad Max more than warrants a playthrough given the respect this franchise was given.

Following up on the Vita original, Tearaway Unfolded offers more of the same platforming action, only now Media Molecule has utilized many of the PlayStation 4's capabilities to enhance the gameplay side. The gyroscope and touch pad are used to great effect, whether it's in taking out enemies or helping carve out new papercraft pieces. In fact, Media Molecule continues using the papercraft theme wonderfully, crafting one of the more adorable PS4 efforts to come along this year.

While there isn't much to write home about in regards to new basketball mechanics, NBA 2K16 took a shot from half-court in attempting to add an honest-to-goodness story mode. In fact, 2K Sports was so invested in this idea, it pulled in Spike Lee to write the narrative. The story... wasn't great. (Hard to get invested in a character named Frequency Vibrations.) But if nothing else, attempting to offer a single-player story to go along with the consistently good basketball mechanics of 2K16 is at least worth an "A" for effort.

It's the ultimate extension of the LEGO game premise. Take the tried-and-true LEGO gameplay, but utilize the toy-to-life idea. The result is a story that goes across a myriad of LEGO properties. It opened the door to the kind of imaginative crossovers only hinted at in The LEGO Movie, featuring properties like Back to the Future, Doctor Who, Scooby Doo, and... er... The LEGO Movie. The one thing truly holding this game back is its outrageous barrier of entry, since the full LEGO Dimensions experience will cost hundreds of dollars. But for those with deep wallets, here's the ultimate LEGO gaming experience.

Join us at Shacknews as we continue our look through the year 2015, month-by-month. Coming up next, plastic instruments make a comeback while Master Chief hunts the truth.