Shacknews is preparing to release its selections for 2015 Game of the Year. Before we get to the staff's selections, Shacknews is taking a look back at the past 12 months in video games, spotlighting a handful of major releases, including a few that readers may perhaps like to include in their own personal GOTY conversations. Next up: July!

August marks the tail end of the summer doldrums, but is always reliable for one thing: Madden. Madden NFL 16 hit in its usual August slot and with few other games competing this month, that means the revenge of the indies! A handful of good indies, including several from Sony, debuted this month. Some of them were even GOTY material. 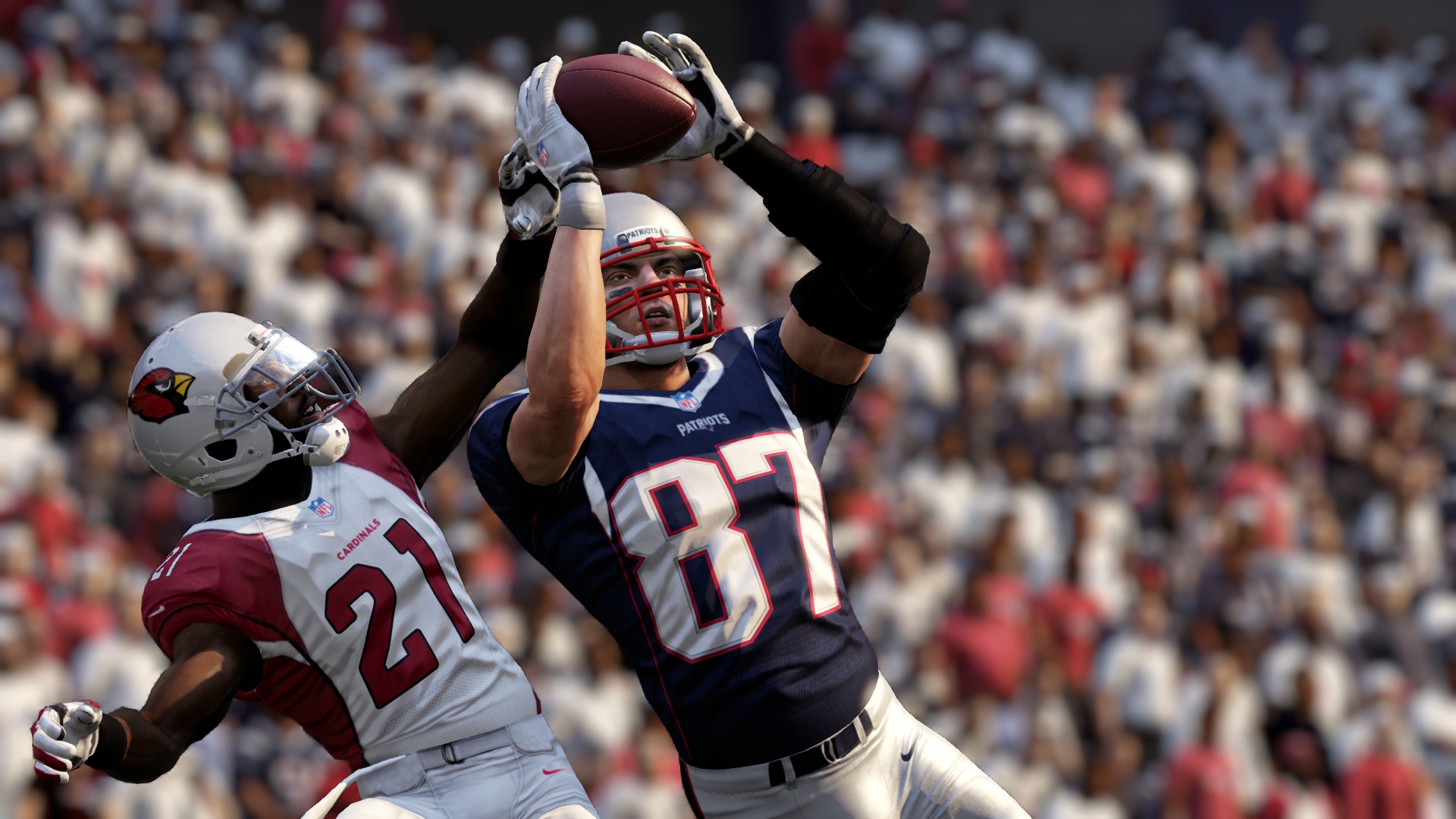 There often isn't much to say about the annual Madden installment, since EA Sports has largely gotten complacent with its NFL monopoly. And sure enough, this year had a few marginal changes, though it also had its share of bugs.

Did Madden add anything else new, at least? Well, it did offer a new Draft Champions mode, blending together elements of fantasy football drafts and Hearthstone's Arena mode to allow players to draft unique teams to fill a whole league. Like a collectible card game, this mode encourages strategy and play styles above all else, adding a new wrinkle to the old Madden formula.

From our review: In a world where Madden is our only NFL game, I can only measure its success and polish against past iterations. Though Madden NFL 16 has some great ideas in the form of new modes or changes to existing systems, it feels less cohesive and finished than the franchise deserves. 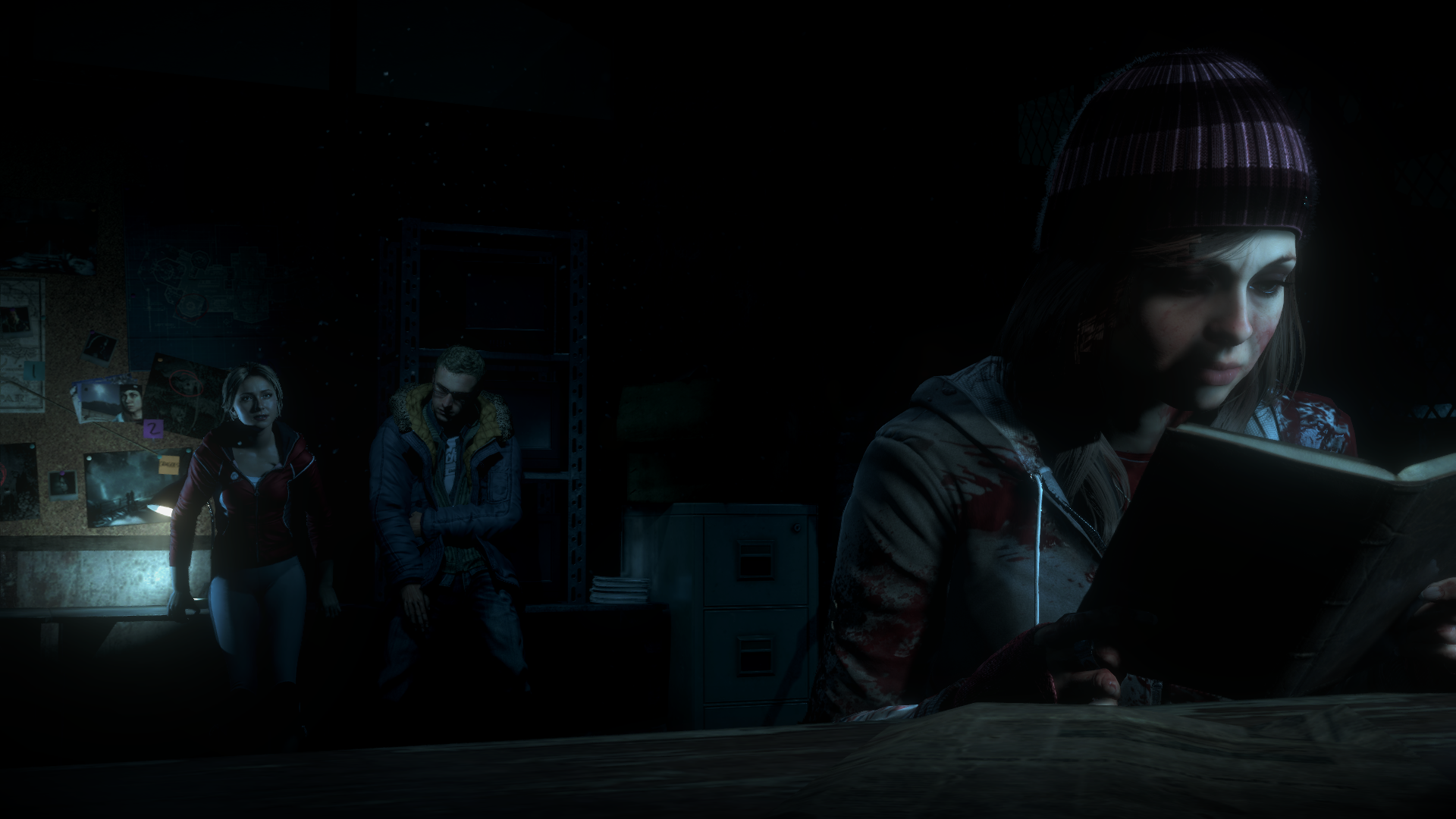 Last year's PlayStation Experience was headlined by a first-party effort that not a lot of people had paid much attention to. And Until Dawn didn't look like too much to write about on paper. It looked like an average horror game, filled with silly jump scares and genre cliches.

But once the game released, it turned out to be a far more enjoyable experience than anyone could have imagined. Until Dawn is a short experience, but it's always a unique one. In this game, the game not only unfolds differently based on dialogue choices, but also based on gameplay success. That means that any combination of characters can survive the harrowing tale of a psycho killer hunting them down in a summer lodge. All characters can make it through unscathed or none of them can survive.

Until Dawn is also helped by some quality writing and some fine acting from its cast. There have been story-based games done before, but perhaps none has done horror better than this one.

From our review: Until Dawn kept me intrigued from start to finish. I came for the campy teen horror movie feel and left extremely impressed with how well rounded and influential an experience Supermassive Games delivered. This is a game that you'll be talking to your friends and colleagues about for years to come as you'll find no two experiences are alike no matter how hard you try. 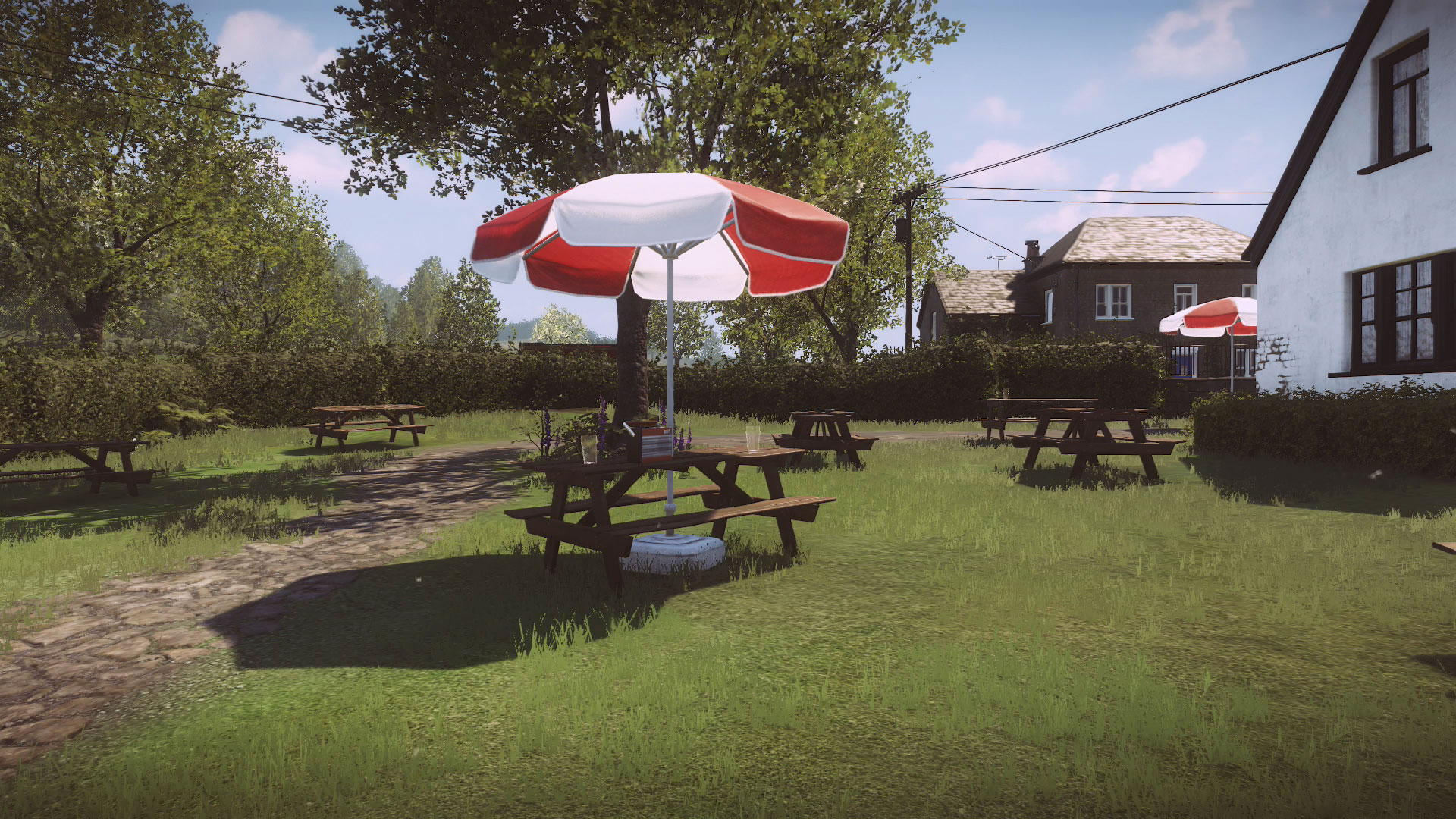 Everybody's Gone to the Rapture

The Chinese Room is recognized for its unconventional stories and Everybody's Gone to the Rapture fits that bill, as well. In fact, this effort actually raises the debate of what constitutes a game.

As an interactive story, it's incredibly interesting. The entire world is empty. There are no signs of life and the idea is to try and unravel the mystery of exactly where the townspeople have disappeared to. Clues are everywhere, hidden in the world and also evident through the ambient sound. There aren't many directions given, which could cause frustration, but there's definitely no shortage of things to look for out in the world.

Everybody's Gone to the Rapture is not for everyone, but those that can sink their teeth into the game's story will find a satisfying narrative at work.

From our review: Coming from the developers of Dear Esther I was expecting more of an interactive adventure than anything. However, having played games of this same genre I can say that throughout the entire experience Everybody’s Gone to the Rapture feels less like a game than the creepy interactive story Gone Home which was released by The Fullbright Company in 2013. Fans of slower-paced story games will enjoy it, but others may very well lose their patience. 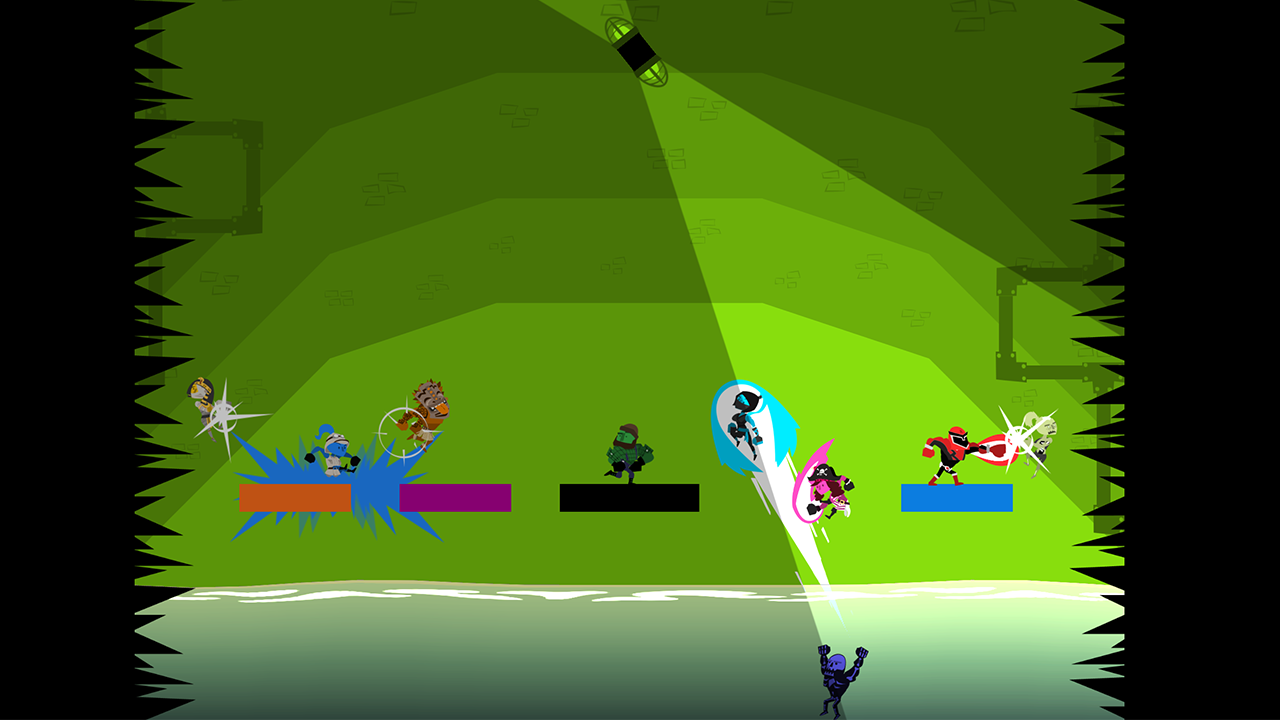 In this ongoing renaissance of local multiplayer efforts, perhaps none is more plain fun than Runbow. This Wii U effort offers up a simple idea. It's a straightforward race to the finish, but there's so much pushing and shoving along the way that it's hard not to get overtaken by the sheer intensity of the competition.

Part of that is because Runbow looks to easy on the surface, but the idea is that whatever matches the background color doesn't exist. So platforms are constantly coming in and out of play, leading to back-and-forth races. Mario Kart-style power-ups also keep things feeling fresh and are a constant source of friendly aggravation.

The competitive element would have been fine by itself, but 13AM Games also managed to squeeze in a decent single-player campaign, a wild single-player challenge mode, online multiplayer, and a number of guest stars from across the indie gaming world. While the Wii U is filled with many first-party multiplayer games, this indie effort is one that deserves to be added to any party lineup.

From our review: As far as massive party games go, it'll be hard to top Runbow this year. With most Wii U/Wii controllers supported, getting players together shouldn't be much trouble. The multiplayer game modes are also available online, but there are some noticeable kinks in that area. Some latency issues and required extra loading means a lot of the action slows down when playing online, which takes some of the fun out of games. But if there are about half a dozen friends around looking for a way to pass the night, this is a game that should be in the rotation. 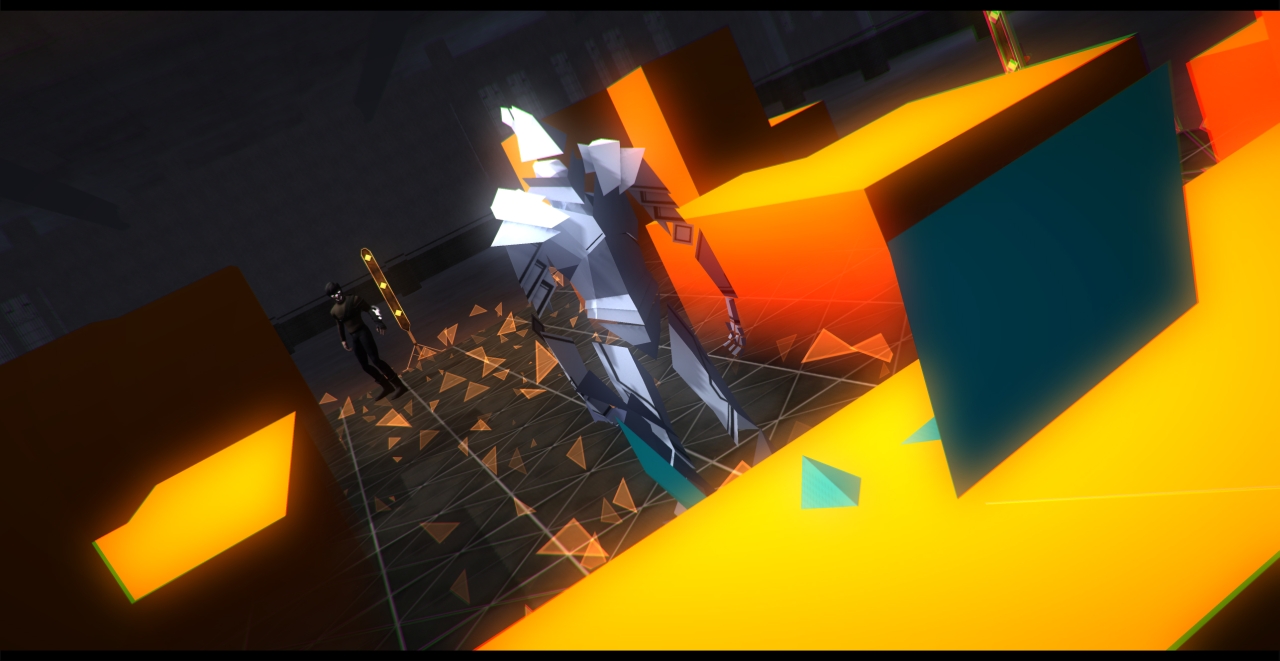 Mike Bithell first put himself on a lot of radars in the gaming world after his wonderfully touching story about a ragtag crew of living shapes. But years after Thomas Was Alone, the solo developer turned his focus to stealth. Inspired by games like Metal Gear Solid, Volume introduces a sound element to the genre, leading to one of the more novel takes on the idea to come this year.

Living up to its name, Volume introduces some of the best sound design in a video game all year, leading to a more immersive stealth experience. Using various sound-based gadgets, Rob Locksley can infiltrate even the toughest of facilities. Once he completes his mission, players have a full map editor at their disposal, allowing them to craft their own puzzle concoctions. Bithell's map editor deserves mention for its simplicity and intuitive layout.

Volume's story isn't all that great, but the stealth mechanics on display show that Bithell has certainly grasped the concept. While his first game was all about the story, Mike Bithell's sophomore effort brings the gameplay in a big way.

From our review: Volume is a fantastic experience that I highly recommend to any stealth-game lovers. It’s a unique twist on the Robin Hood story, and while the game’s main storyline might not have been as strong as I hoped, I think it is definitely a great follow-up to Bithell’s success with Thomas Was Alone. It might not grab your heart the same way those geometric shapes with human emotions did, but it’s still an experience worth having, and I can’t wait to see what wonderful creations come out of the game’s map editor.

Third time's the charm, as they say. Disney Interactive introduced Star Wars with its third figure-based outing, leading to a passable 3D action game. Ninja Theory was able to assist with combat, but some of the typical Disney Infinity pitfalls (namely, the controls) kept the Star Wars sequences from greatness. However, Inside Out turned out to be the true surprise of the package, offering a full-length story with some intriguing platforming mechanics.

17-Bit Studios, creators of Skulls of the Shogun, had quite the second effort, taking playres into space with a galactic roguelike that's set along the backdrop of an 80s anime. Exploring the outer reaches of space is a blast, even if the controls do take some getting used to. The roguelike element means taking your time and enjoying the sights without getting careless, since Galak-Z will often bring the challenge hard. But after settling in with this one, the game proves to be a fun experience, especially once Mech Mode puts players in control of a Voltron-style robot.

As mentioned back in June, Square Enix Montreal has quickly become the masters of taking a marquee AAA franchise and giving it the best mobile treatment. Following up on last year's Hitman GO, Lara Croft GO utilizes many of the same mechanics. However, cel-shaded environments and more mechanics related to finding lost artifacts make this a fine Tomb Raider effort. It's hard to find worthwhile mobile games, but Square Enix Montreal is beginning to hit consistent home runs. Lara Croft GO is no exception.

There's still one last adventure awaiting Pontius the knight, Amadeus the wizard, and Zoya the thief. Trine 3 wraps up their story with a new 3D presentation, leaving behind the 2.5D style that made the first two games memorable, if underappreciated. This installment adds a few new complexities in the form of new character moves, which can cause as much accidental death as it can open new paths. However, single-player frustrations are quickly removed by the game's co-op play, with players even able to pick more than one of the same character. Given how tough some of the puzzles can get, the help will likely be appreciated.

Join us at Shacknews as we continue our look through the year 2015, month-by-month. Coming up tomorrow, we hit the fall season, as Mario trades his plumber's cap for a hardhat, Forza hits the road again, and Hideo Kojima says goodbye to Snake.