Destiny has had something of a renaissance since its jump to The Taken King earlier this year. There are new quests, new loot, and new reasons to go out and raid with friends. And while there's been a large helping of new content introduced in the past several months, there's one thing that Bungie hadn't put into its game: racing.

Saturday's announcement that Destiny would introduce the Sparrow Racing League was quite a surprise, but one that made sense. After all, Destiny has had Sparrow vehicles available for quick and easy transport. Why not take these suckers out for a spin? Well, besides the fact that the game's planets are crawling with hostile aliens, but that's not about to stop the SLR from happening, as Shacknews found out during this past weekend's PlayStation Experience event. 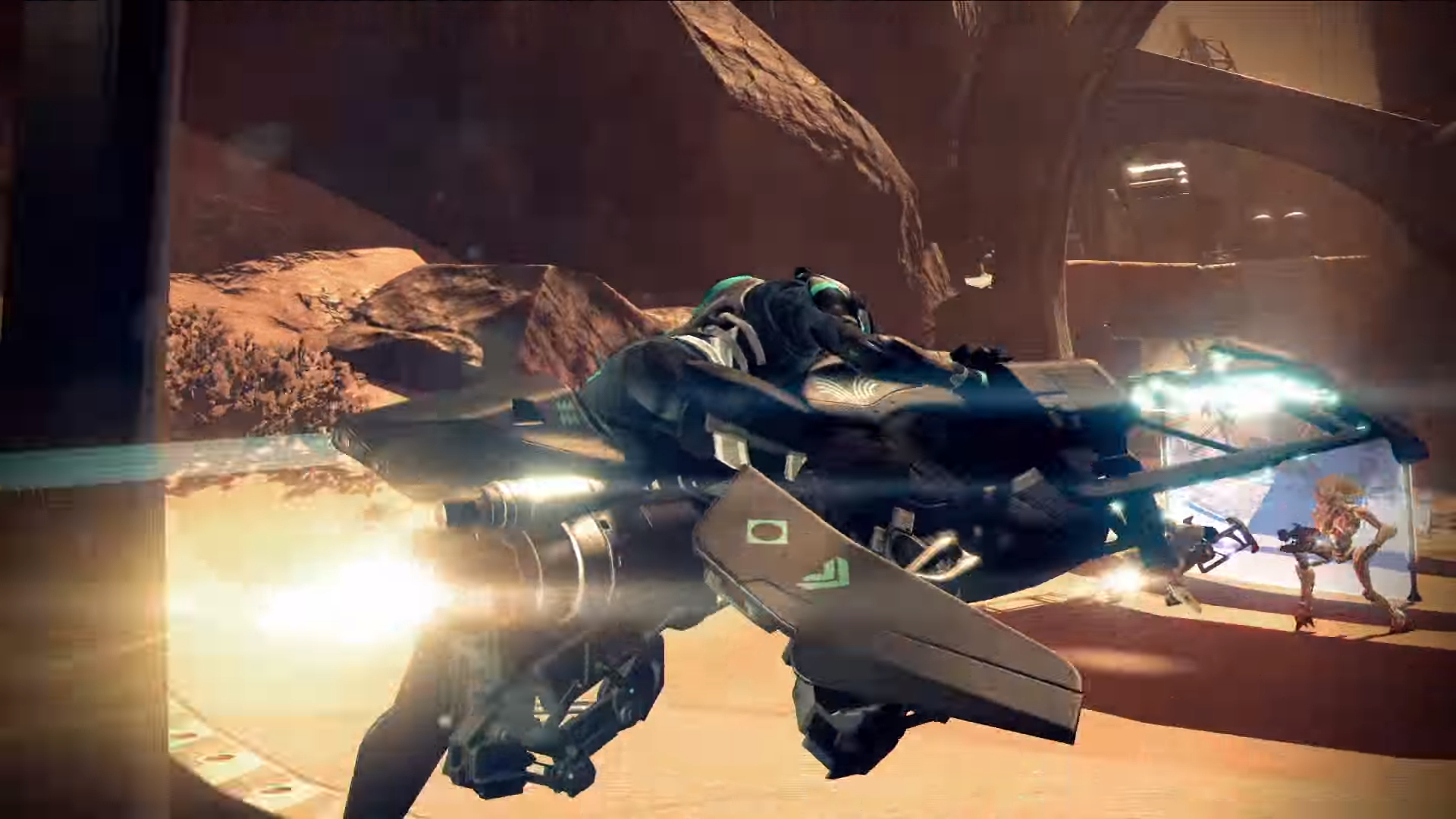 Anyone that has played Destiny should know how to ride a Sparrow by now. L2 on the DualShock 4 will accelerate, while R2 will break. The left analog stick can be used to strafe or bump anything nearby, while the right analog stick controls the camera and where the Sparrow turns. Those controls remain entirely unchanged when hitting the race track.

The tracks should look familiar to anyone that has played Destiny. They take place across various parts of the game's planets, each designed with Sparrow racing in mind, pitting six racers against one another. The first track I hit was Infinite Descent aboard Venus, followed by a run along the Campus Martius track on Mars. While the tracks are built for racing, they haven't exactly been smoothed out, so there are ramps all over the place and rough terrain around practically every corner. The main idea of each track is to hit the gates to get speed boosts, which will often help you over the treacherous jumps.

Where there are a few obstacles in place, like the rotating fans of Campus Martius, those aren't so much the concern. Enemies are still quite active and they'll be shooting anything that moves. Racers will have to be careful, because it's very easy to slam into a wall in an effort to avoid enemy fire. However, foes should be avoided at their own peril, as they can just as easily blow any Sparrow to bits, costing precious seconds.

Completing a race is well worth any Destiny player's while, as they can earn various items, including rare Engrams for after the races are over.

Sparrow Racing League will be a limited-time event, open to anyone that owns The Taken King. Racers can start their engines tomorrow, with the event lasting for three weeks.