While Electronic Arts and PopCap are hard at work on next year's Plants vs. Zombies: Garden Warfare 2, players are still plowing away at the original Garden Warfare. In fact, this morning, EA and PopCap have announced that over 8 million players have jumped into the original botanical undead shooter.

To celebrate this milestone, Garden Warfare players are getting a special reward. All accounts have been awarded with 80,000 PvZ coins, offering players a chance to play around with some in-game currency. As a reminder, most Garden Warfare characters can be transferred to the upcoming Garden Warfare 2, so use those coins wisely.

EA has also added in a few other stats, for fans of numbers. Over 1.4 billion games have been played, with plants having destroyed over 7 billion zombies. The war is set to continue next year when Plants vs. Zombies: Garden Warfare 2 arrives on February 23. 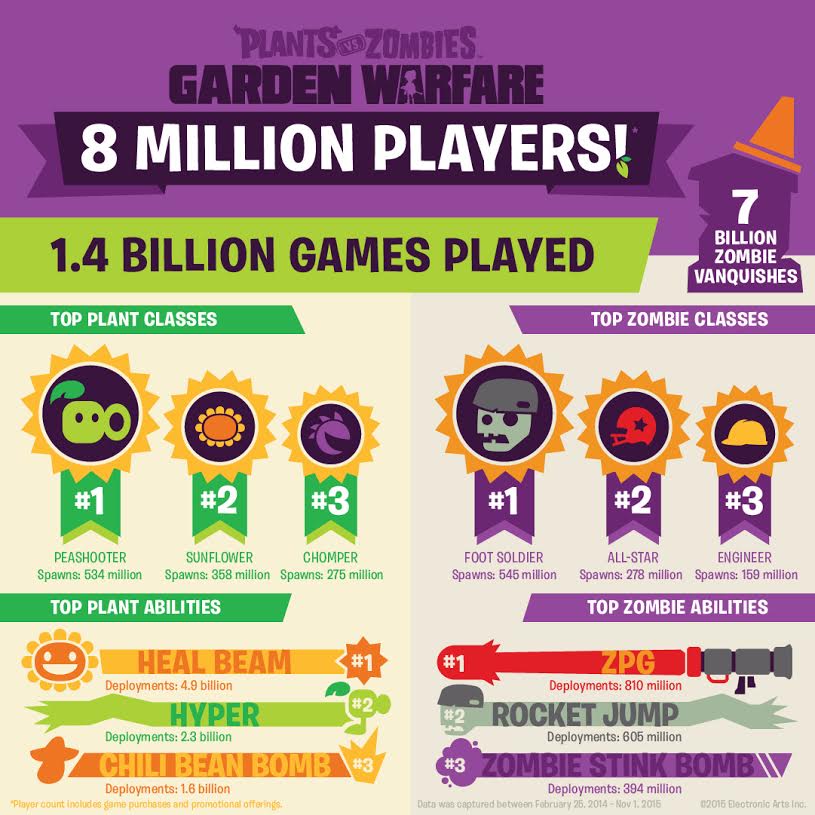