Halo 5: Guardians begins the 'Battle of Shadow and Light' today

Microsoft and 343 Industries have followed up on last week's announcement of the Battle of Shadow and Light. This update has been made available to all owners of Halo 5: Guardians, adding 8v8 Big Team Battles across four maps.

The new Big Team Battle maps are playable in Arena mode across BRB CTF, BTB Strongholds, and BRB Slayer modes. These maps include Deadlock, Basin, Guillotine, and Recurve. As mentioned previously, the themes will vary from tundra to woodland and the map sizes will be big enough to include Halo's vehicles. So for those looking to step away from the massively-scoped Warzones without going into smaller-scale Arena games, this should offer a nice alternative.

As for those sticking with Warzones, new REQs will be made available sometime in the next 24 hours. Here they are, once again, for anyone that missed them in the previous announcement: 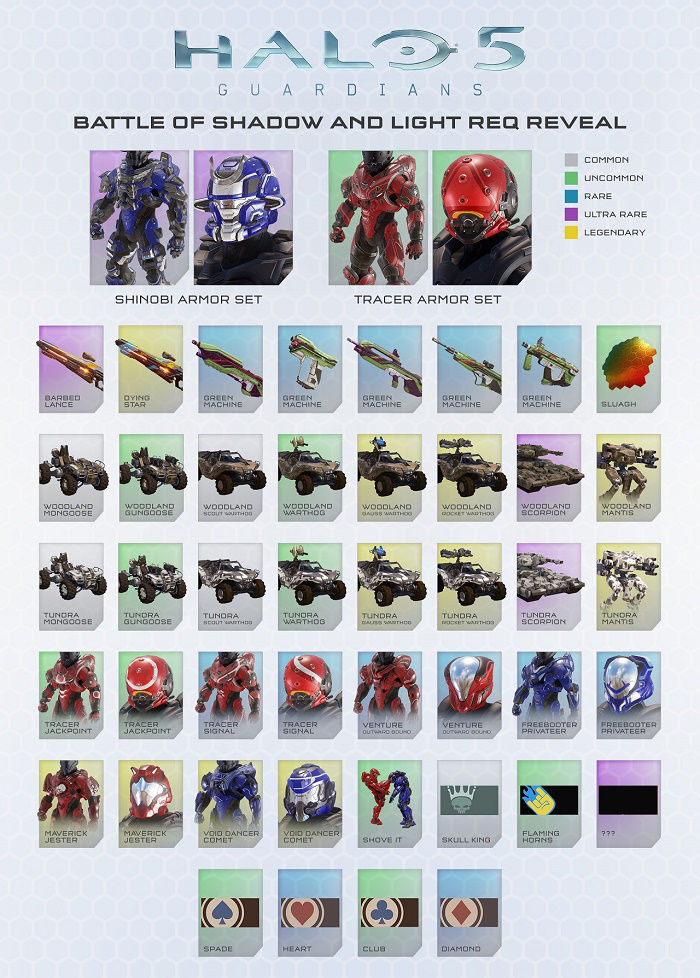 For more on the Battle of Shadow and Light update, be sure to visit Halo Waypoint.