It's been a while since Telltale Games has told a story that was geared towards families and younger audiences. And there isn't a much better way to reach younger kids than with Minecraft, arguably the most popular gaming franchise among the younger generation. So while this writer was focused on reviewing Minecraft: Story Mode on its own merits as a game and as a story, there was a curious idea that emerged.

Sure, I can look at Minecraft: Story Mode from a critic's perspective, an adult's perspective, and even from the perspective of a non-Minecraft fan. But what about the target audience? What do kids think of this game? To help answer this question, I needed a hand with this assignment. 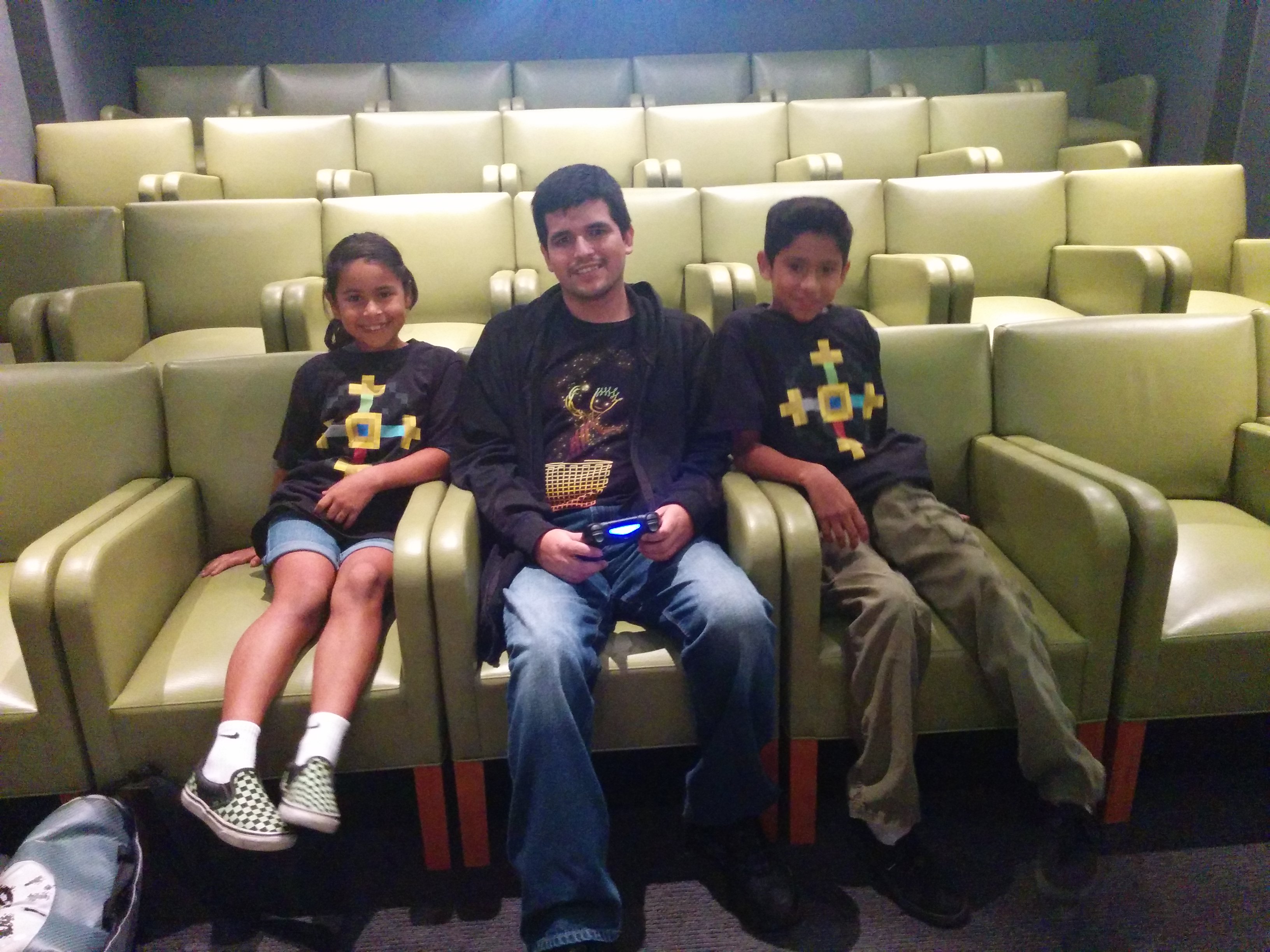 My niece and nephew are avid Minecraft fans and have been since the game's inception. Even as their uncle who writes about games for a living, it's been admittedly strange hearing these kids go on about Creepers, diamond swords, and some guy named Steve. When the assignment to take on Minecraft: Story Mode came up, I didn't hesitate to bring these little monkeys along for the ride, not only to see how they liked the game, but also to maybe learn a thing or two about the world of Minecraft.

The first idea that resonated with the kids was the story behind the Order of the Stone itself. They recognized the Ender Dragon and liked the idea of heroes having to band together to slay it. After seguing into the story and arguing over whether to make Jesse a boy or a girl, we witnessed the story unfold in classic Telltale fashion. The humor seemed to hit and they were eager to help make choices that would fly by. There were points where they felt there wasn't enough time to make a choice, especially for crucial choices where they argued with one another. But by the end, for better or worse, they felt the experience was more like watching a movie than playing a game, especially when Uncle Ozzie took the helm for the combat sequences and quick-time events.

However, there was one idea that definitely struck a chord with the kids and that was the recipe system. It was the idea that tradition Minecraft-style crafting could be applied to a larger story. What was particularly fascinating was the sequences that required Jesse to assemble tools. I was at a loss upon seeing the first of these sequences, but my nephew took the controller from my hand and immediately pieced together the required item. Since the recipes are literally taken from the base Minecraft game, it all came like second nature to him. When I found out later that there was an actual recipe screen, he simply shrugged it off as something for noobs.

As briefly mentioned, one of the most interesting elements of this playthrough was the kids' reactions to the characters, whether it was Jesse the hero or Reuben the pig. In fact, Telltale might have actually come up with some ideas that could fit into the Minecraft world as a whole. Particularly, the Wither Dragon that's currently rampaging across the world was something the kids loved and they even expressed hope that it would eventually hit the main Minecraft game in some fashion.

Prior to this day, my niece and nephew had never even heard of Telltale. But with a fun story, lovable characters, and a faithfulness to the Minecraft game that they've been growing up with, they came to enjoy Minecraft: Story Mode's first chapter, meaning their uncle will be out about $25 when the game hits retail shelves in a few weeks. They expressed interest in other Telltale games, which means we may have to dig into some of the studio's past efforts for a future family night. After all, it's probably not a good idea to throw them head-first into The Walking Dead, now is it?