In Soma, you take the role of Simon; a man who awakens at the far end of a derelict underwater facility called Pathos-II with no memory of how he got there. He then sets forth to find out where he is, what's going on, and how to escape. No simple task, since the vast facility has fallen into major disrepair, and most of the things left wandering its corridors want to kill you. The catch is, you have no means of self defense other than running and hiding. This is like playing the high-stress survival horror game, Alien Isolation, within a BioShock-like setting, except Soma doesn't quite measure up to either game.

Fear is All In Your Mind

In truth, I feel spoiled by playing last year's Alien Isolation. Both it and Soma are sci-fi themed survival-horror games that take place in dark, claustrophobic facilities and protagonists that can't fight. They even have plenty of air duct crawling, though. But Alien Isolation has a more open feel to it, by allowing players to hide in a variety of places like in lockers or underneath furniture. While Soma forces players to duck in darkened corners hoping that the unstoppable killing machine passes them by.

Simon has very limited mobility that can be frustrating at times. There are times when I wanted him to duck under a table as some horror stomped outside a windowed office, but he's incapable of that level of self preservation. Furthermore, large portions of the game occur underwater, but apart from a couple of convenient cut-scenes, Simon doesn't swim, which seems like an incredible waste of a wonderful looking environment. Pathos-II is a massive facility, and even though players are pulled on a linear path, the journey ends up feeling clumsy and aimless at times.

There's no map to help orient yourself, nor is there a journal to remind you of your objectives. Oftentimes, you're left blindly searching through corridors in hopes of stumbling across a room that will allow you to progress. That's fine for smaller areas, but it grows tedious in the larger ones, especially when you have a killer monster stalking you.

The creatures vary from insane robots that think they're human to nightmarish mutants. Some have specific weaknesses, like how one will only attack if you're looking at it, so it usually doesn't take much to outmaneuver them. However, the monsters do have a curious knack for being wherever you happen to be. Monsters seem to have set patrol patterns at first, but quickly deviate from them as you move around. They can hear a door sliding open from the other end of the building, and will quickly lumber toward you.

But you don't necessarily have to make any noise. You can move around silently, without touching anything, but a monster is sure to be nearby no matter how stealthy you are. Staying in one spot too long, no matter how dark or out of the way it is, will invite the creature to eventually find you. It's as if you're emitting some kind of homing signal that the creatures can't quite get a lock onto, but are always drawn to.

A monster that constantly homes in on you is considerably less scary than one that feels like it's naturally pursuing you. I never got the sense that I was being hunted in Soma - just followed, which is a wholly different feeling. Although there were a couple close calls, like when I was forced from my hiding spot, I never really felt scared of the monsters. I was mostly annoyed by them.

You can pick up random objects and throw them in an effort to get them off your trail, but it's usually not worth the effort. Monsters aren't distracted for very long, and many of the corridors are so short that making noise will just cause them to find you faster, no matter where you run. Some of the creature designs also raise a lot of questions, like how can a monster that looks like a big potato with legs, and no arms, open a push-button door? Why can't I trip the stupid thing and leave it flailing around? 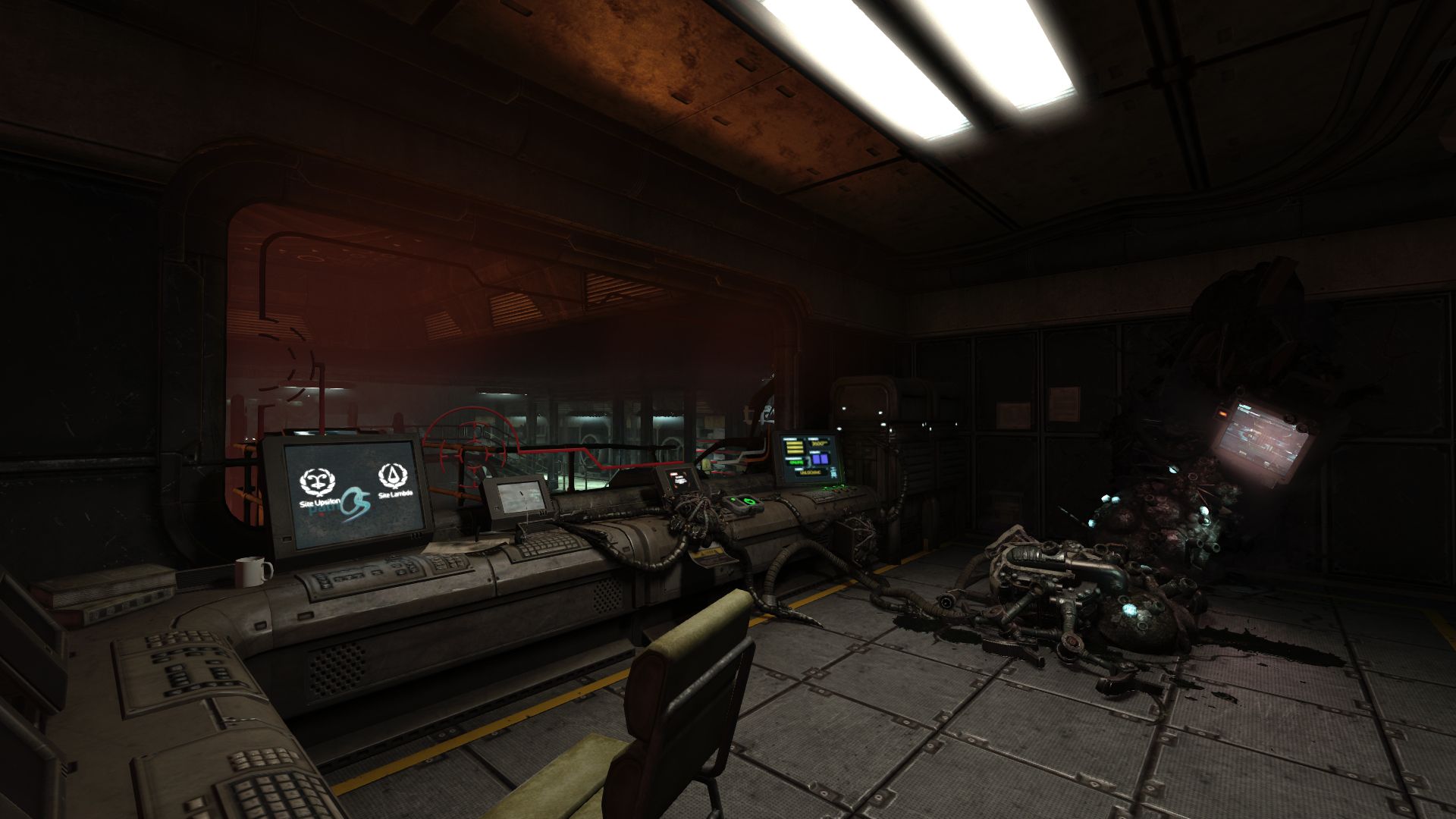 Sci-fi fans can probably figure out most of what's going on soon after Simon wakes up in Pathos-II. The bigger mystery is figuring out what happened to the station's inhabitants. There are some existential themes peppered throughout, but they're a little muted. I probably should feel bad for killing a semi-sentient robot, but I can't help fixating on why Simon wouldn't want to keep the gun. Plus, you pick up a companion who is surprisingly cavalier about all the death and mutations going on, and ends up setting the tone. Otherwise, Soma raises new questions as quickly as it answers old ones.

No One Can Hear Your Scream

All the stumbling around trades away any sense of suspense. It's hard to feel scared of monsters after you've walked circles around them several times. Not even tricks like suddenly switching off the lights saves the mood. Soma does a great job of making me feel lost and frustrated. Perhaps too good.

This review is based on a PC code provided by the publisher. Soma will be available on September 22 for $29.99. The game is rated M.