Cities: Skylines will add day-night cycle for free as part of new patch next week

While Cities: Skylines is set to receive its After Dark expansion next week, Paradox Interactive and Colossal Order aren't about to lock players out of its most crucial elements. Today, they announced that the day-night cycle will be made available to all Cities: Skylines players through a new patch set to hit next week, regardless of whether those users own the expansion or not.

A handy infrographic was released earlier today, which can be seen below. 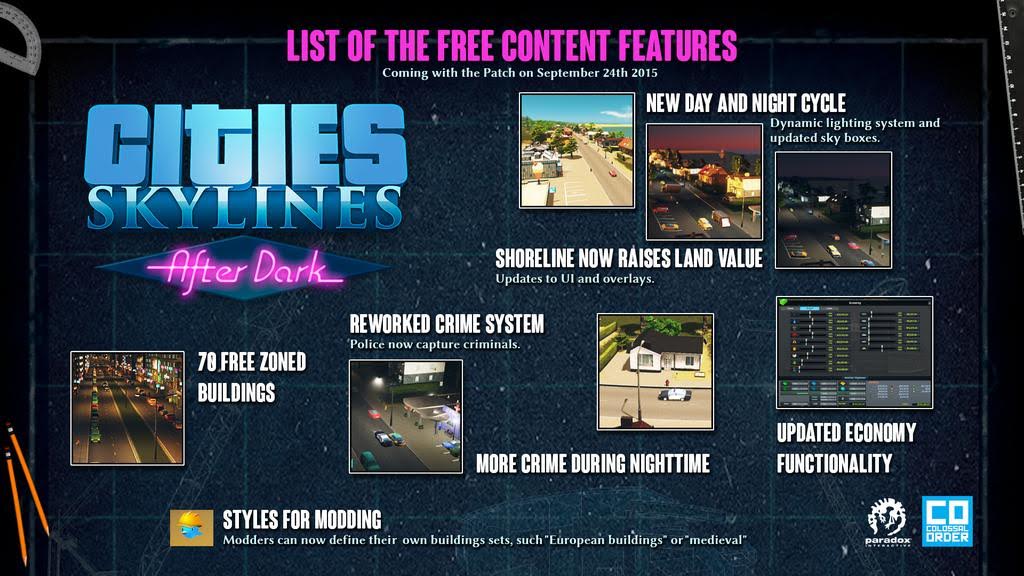 The infographic notes that the day and night cycle will be included with the free patch. The crime system and economic functionality are also set to receive some notable adjustments. The patch will toss in 70 free zoned buildings and new modding tools that allow modders to define their own buildings.

The patch is set to land on September 24, the same date as the After Dark expansion. As for what the expansion itself will include, Andrew recently had a chance to speak to the developers at PAX Prime. Check out that interview here.