Street Fighter V's first official PlayStation 4 beta has come and gone, giving thousands of players an opportunity to try out a handful of the game's characters. But while they got the chance to try out Ryu, Chun-Li, Bison, and others, there were still a few fighters that were not open to the beta.

Those characters, however, were playable at this year's GameStop Expo, which is why this stream monster headed over to try them out. While Vega was available and fully playable, this time around, the majority of time was spent getting to known the wild-haired newcomer Necalli and the returning glamorous wrestling diva R. Mika. 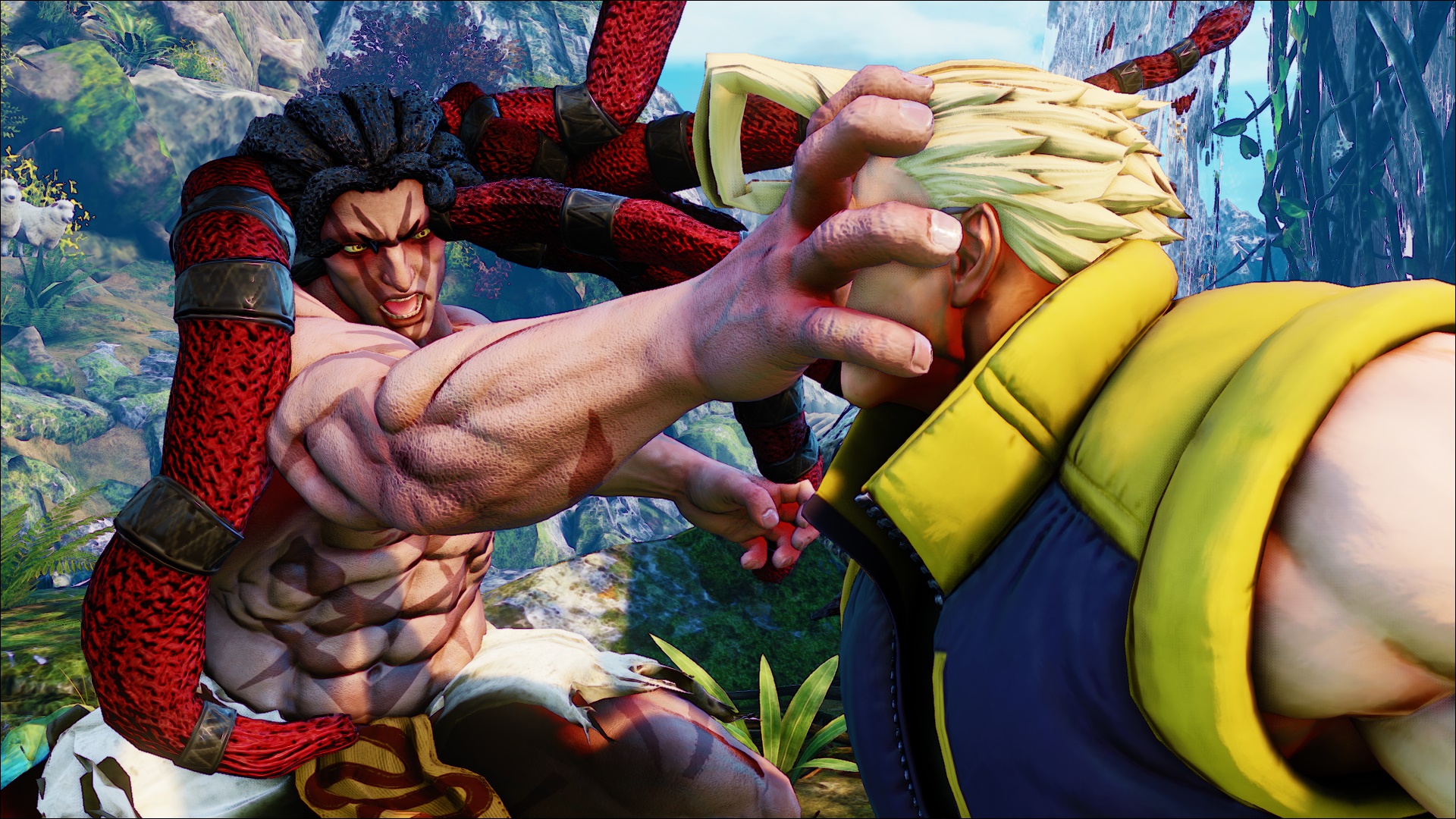 Long-time Street Fighter Alpha players recognize Mika from her time in SF Alpha 3, but she appears to have undergone some changes here. She actually plays closer to Ultra Street Fighter 4's El Fuerte, in terms of wrestling repertoire and manic movements. She can close distances quickly with her Dhalsim-like slide and her quirky Wingless Airplane (Think the Rear View flying butt attack) that flies in at an awkward pattern. That's a must for anyone looking to get in her various command grab moves. While Fuerte focused on luchador-style flying scissors attacks, R. Mika utilizes more powerful throws, like the Cesaro-like Giant Swing and her Brimstone torture rack drop.

What's particularly fun about R. Mika is that she can amplify the power of her special moves by using her Mic Performance V-Skill. This essentially allows her to cut a promo in the middle of the match. The longer she's allowed to talk trash, the more powerful she becomes. As one might imagine, as fun as this might sound, this is not always practical to pull off. It should most likely be saved for after a stun or after swinging an opponent to the opposite side of the stage. I wasn't able to perform a very long Mic Performance at any point, since my opponent would often put a stop to it with a quick projectile.

There are some times when R. Mika won't be able to close gaps against fireball spammers, which is where it's a good time to abuse her V-Trigger ability. This calls in partner Nadeshiko from different angles, including a heel-like dropkick in the back. It's her best defense against spammers, but clearly not an option that will always be available.

After getting to know R. Mika, it was time to try out Necalli. While this character is fun to use because of his quickness, he's also one of the few characters to utilize a powerful dive kick. That's always a great addition to any fighter, but Necalli's might be troublesome, since its startup is rather slow. This leaves him vulnerable to anti-air special moves, as I noticed when I would so often get nailed with a Ryu or Ken Dragon Punch.

Necalli's quickness offers great combo potential, especially when combined with his charge attack, called The Disc's Guidance. This allows Necalli to charge forward for multiple hits. Not only is it great for ending combos, I was actually able to polish off opponents with the hard-hitting EX version of this move. It would often be my go-to move, with the DP-like Raging Light acting more as an anti-air counter. Necalli also has a command grab called Mask of Tlalli, shown in the trailer to be the one where he grabs an opponent by the face, driving them to the ground. I didn't get too much use out of this grab, but it's certainly useful to have when cornered.

But while Necalli is certainly quick on his own, his V-Trigger amplifies this speed that much more. It's his Torrent of Power, which has colloquially been referred to as him going "Super Saiyan." It may not increase his power like something out of Dragon Ball Z, but the boost in speed make his moves like The Disc's Guidance all the more dangerous. It's also helpful in the sense that it makes his dive kick slightly more usable.

These characters are expected to receive some refinements at some point, but as they are, both R. Mika and Necalli are certainly fun to play with. Mika will definitely fill the Fuerte void if he doesn't make the cut, while attendees on-hand were comparing Necalli and his moves to Wolverine from the Marvel vs. Capcom series. That's not a comparison this writer is about to argue with. There's still a ways to go before Capcom reaches the full 16 launch characters that was promised for Street Fighter V, so stay tuned in the weeks ahead for more.