The folks at Blizzard have been on a steady pace in revealing the 132 cards that will take up Hearthstone's upcoming Grand Tournament expansion. Shacknews' detailed look into these cards began last week and today, our analysis continues.

Be sure to catch up with our previous breakdowns: Part 1, Part 2, Part 3 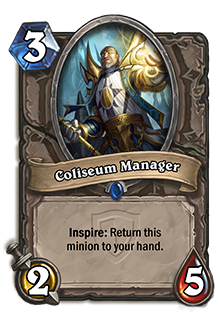 This is an odd one. Coliseum Manager has low stats and if you wind up using your Hero Power, it'll go right back to your hand. At that point, deploying it again will require another turn before it can attack. So at that point, the Inspire condition sounds like a drawback.

That's not to say there aren't possibilities for synergy. The Warrior may want to take a look at him. Combining Coliseum Manager with Warsong Commander will allow him to charge the face or a low-health minion before a quick Hero Power can call him back. In fact, if the Warrior is running low on cards and it's late in the game, Coliseum Manager can actually be deployed more than once for a quick rush.

Other than that, it's an unusual minion and one that you won't want to buff, otherwise a Hero Power will undo all of that work. 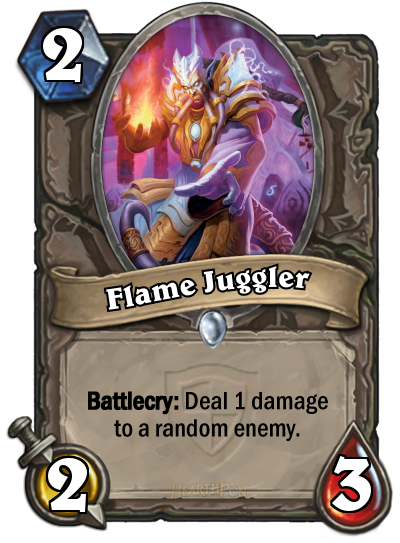 This is clearly meant to be an early play minion with its menial Battlecry and low stats. Its main function will be to pretty much ensure that Ironforge Rifleman ends up more obsolete than he already is.

Unfortunately, there aren't a lot of synergy possibilities for this guy at the moment. Its Battlecry won't make much of a dent in enemy minions and its randomness may not even hit the desired target. That makes it a less useful Turn 2 minion than somethihng like Mechwarper or Micro Machine. Flame Juggler looks like he'll most likely end up in the lower tier of usefulness when it comes to Grand Tournament minions. 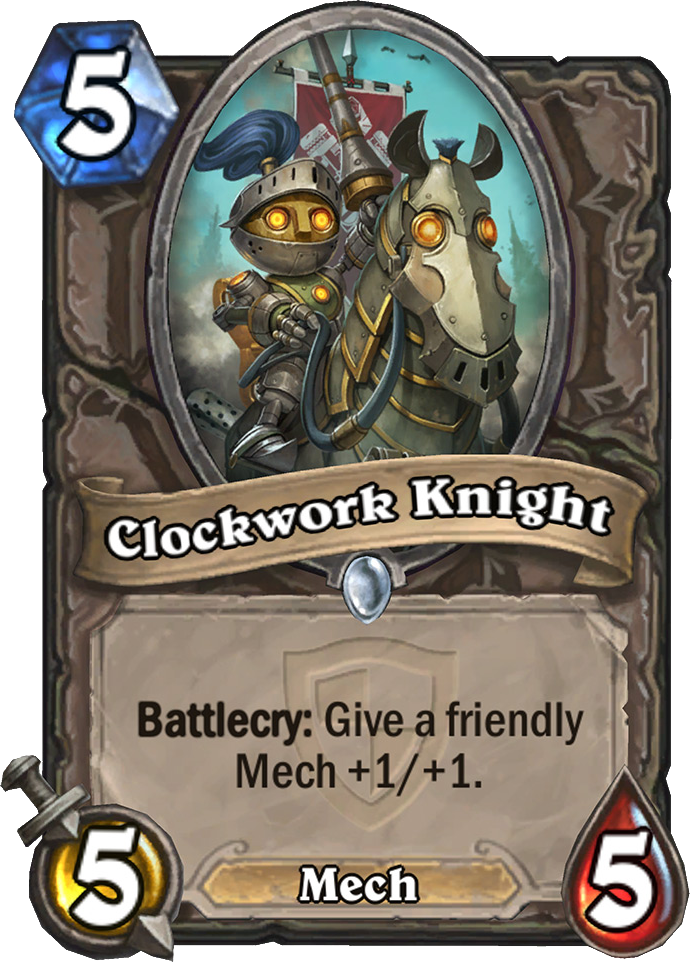 Judging by his effect, Clockwork Knight looks to be an all-class alternative to the class-specific Screwjank Clunker and Iron Sensei. If there's a useful mech on the board, like Mechwarper, Clockwork Knight can give him a quick boost.

The problem here is that there's already a minion that performs that Battlecry for a lower cost. That's Shattered Sun Cleric. So what makes Clockwork Knight stand out? His 5/5 stats sound pretty nice, until the realization hits that Loatheb will offer the same with a far more useful Battlecry effect.

That's not to say Clockwork Knight should hit the scrap heap, because Mechwarper could mean a 5/5 minion on Turn 4. Aside from that, there are some good alternatives that are already out in the wild. 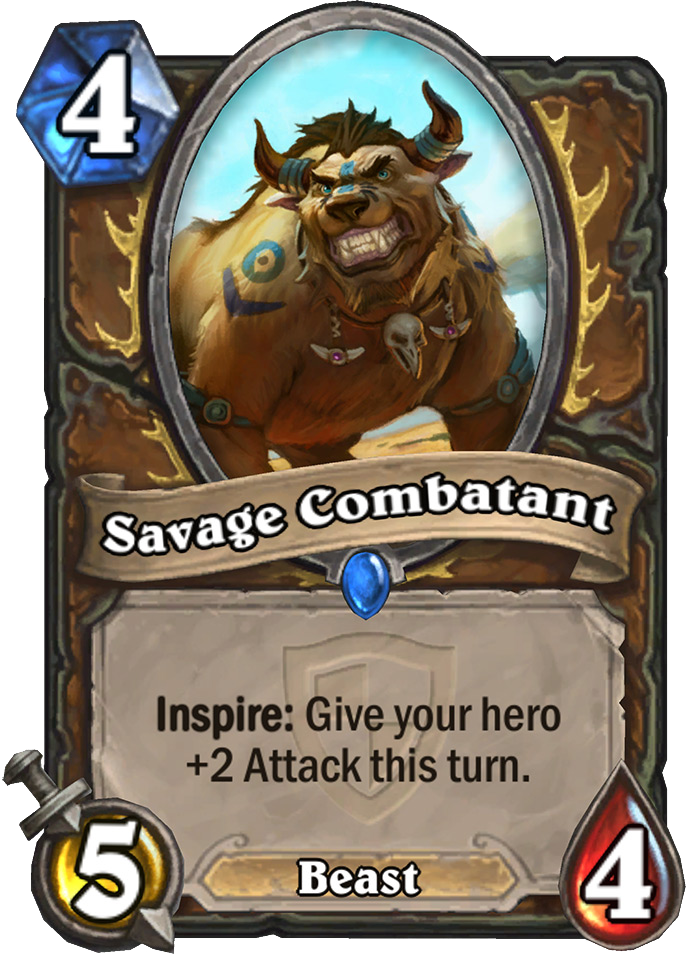 Just by analyzing its cost and stats alone, Savage Combatant should already replace any Lost Tallstriders that may be in a Druid's deck. Savage Combatant's Inspire effect should be helpful in finishing off any minions on the brink of death. Just be careful, though. The Druid may get +2 Attack added to his Hero Power, but he won't get any additional armor.

As one might imagine, Savage Combatant will go well with the Druid's direct attack spells, like Claw and Bite. It might even make Savagery a more useful spell. But if your opponent doesn't deal with Savage Combatant right away, it might just give the popular Savage Roar spell some extra teeth on the next turn. 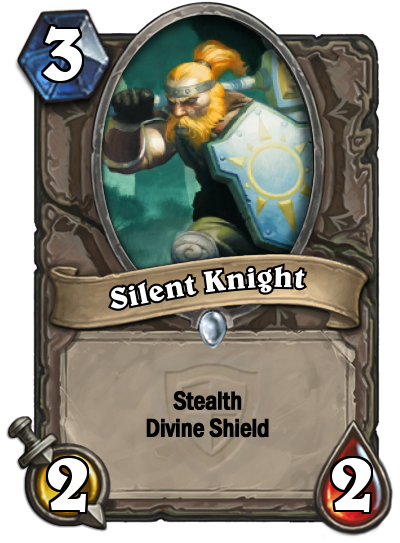 That's an expensive proposition for a 2/2 minion. Silent Knight's lure is obviously his Stealth and Divine Shield, so even if a Priest or Mage deployed an area-of-effect spell, it would withstand that first blow. But Silent Knight may pale in comparison to a more useful minion, the perpetually-powerful Shade of Naxxramas.

Paladins should opt for Shade every time out, since he has enough spells and minions that could give it a Divine Shield, if necessary. Priests should likewise go with Shade, since they can gradually buff if with effects like Power Word: Shield each turn until it's ready to strike. It could act as a hit-and-run striker in a Rogue deck, but beyond that, the uses for Silent Knight are fairly limited. It just gets swallowed up in the Shade in just about every way.

There's still plenty more to go with the reveals for Hearthstone's Grand Tournament expansion. Shacknews will continue its ongoing analysis of these new cards as they're released, so stay tuned for more in the coming weeks. In fact, come back Monday, as we take a look at some Legendaries.