5 characters that deserve to be voted into Disney Infinity 3.0

Yesterday, the people at Disney Interactive opened up the floor to the Disney Infinity fanbase to vote in the game's next character. Allow the Oh My Disney blog to explain:

"Disney Infinity Player’s Pick 2015 has officially begun. Starting today, Disney Infinity wants you to choose which new character should be included in an upcoming edition of the game! No pressure, but this is a really big deal. The identity of a new Disney Infinity character is in your hands. There are a few ways you can join in and vote. First, just participate in our handy poll below, featuring twenty fan-favorite characters. You can also tweet at Disney Infinity, or comment on their Instagram or Facebook, with #OurDisneyInfinity and your top pick."

With all of that said, Disney has opened the vote to 20 specific characters (along with the option for a write-in vote). Shacknews would like to get in on this action and make the case for these five characters to make it into the game. 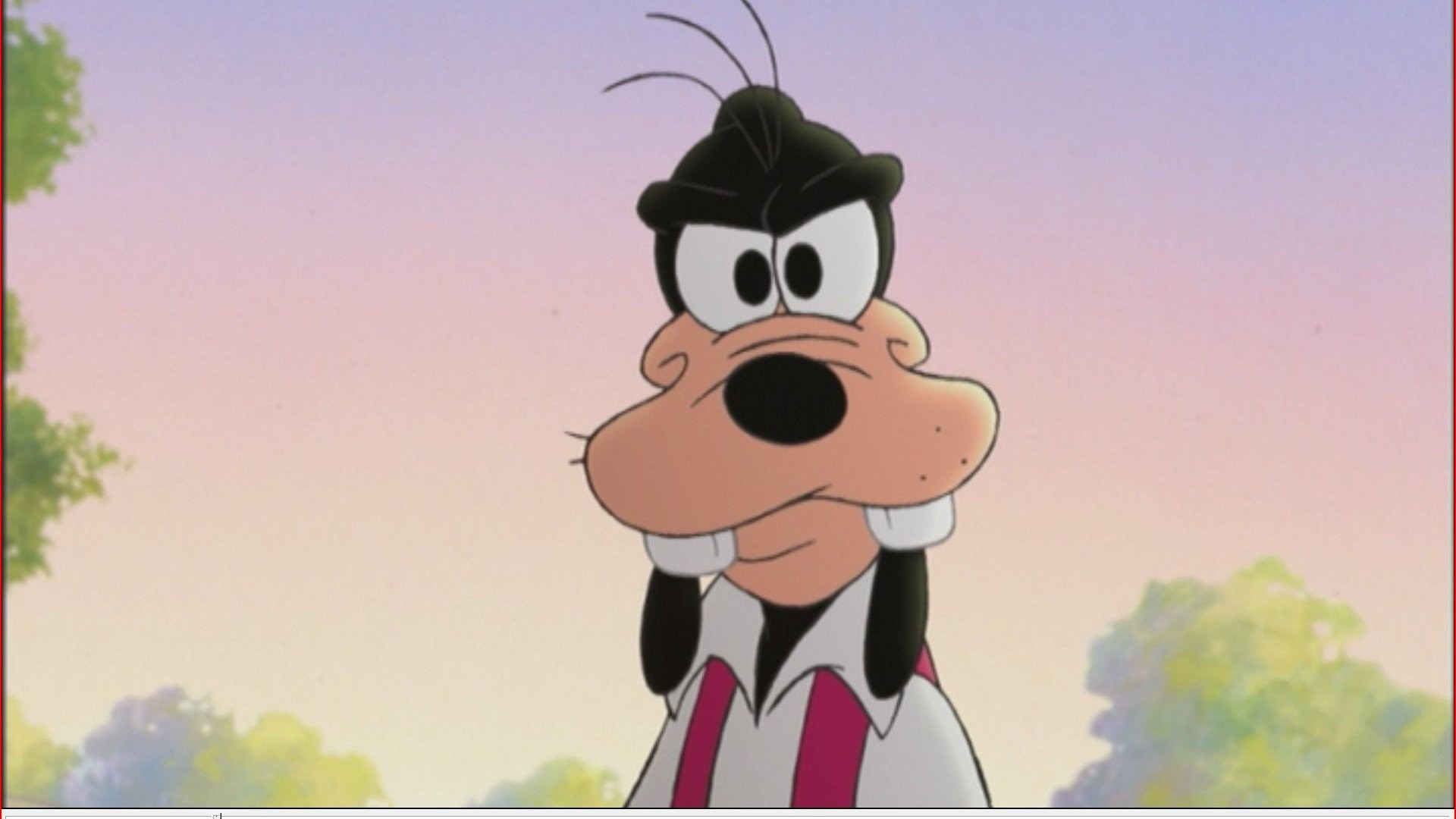 It's really kind of preposterous that Goofy hasn't made it into the game already, especially given that Mickey Mouse and Donald Duck are both going to be a part of the roster. The trinity of Disney mainstays deserve to be together. They're like the Three Musketeers... and I'm not just saying that because they also starred in a movie called The Three Musketeers.

But the reasons for voting Goofy in go beyond that. This year marks the 20th anniversay of A Goofy Movie, one of the heights of Goofy's revival in the 90s. It's one of those movies that helped further flesh out Goofy as more than a pratfalling eccentric. It made him into a well-meaning father and a relatable family man -- while also further cementing him as a pratfalling eccentric. If for no other reason, the 20th anniversary of this movie is justification to introduce Goofy to the Disney Infinity ranks. If he does make it, let's hope Disney Infinity gives players a chance to relive the oh-so-many "How to" shorts that made the character a household name. 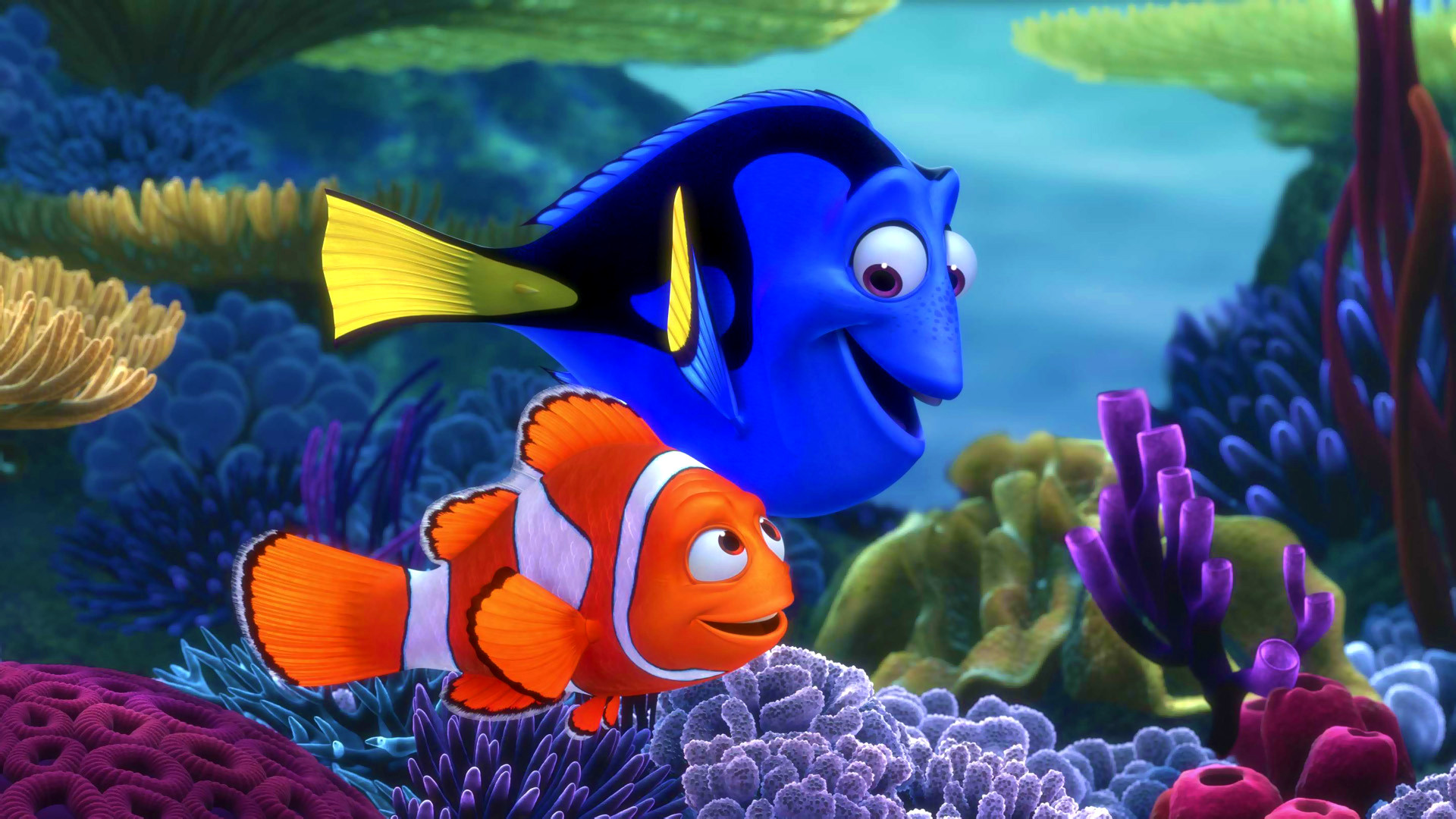 On the surface, this might be problematic. After all, Disney Infinity is pretty much an exclusively land-based game. So how would this possibly work? That's a bridge Disney Interactive can cross when they get to it, I suppose.

But with Finding Dory rapidly approaching, it's a good time to remind Disney fans of just how much fun this absent-minded blue tang was in her Finding Nemo debut. With the brilliant voice work of Ellen DeGeneres behind her, Dory was the bright-eyed optimist of the movie, always seeing the best in all situations. She never lost her smile, even when being eaten by a whale or when at the center of a Fish-Eaters Anonymous meeting.

A turn in Disney Infinity would not only be a good way to honor Dory, but it would also give one lucky voice actress plenty of work to do. After all, for authenticity's sake, Dory... could never... stop... talking. 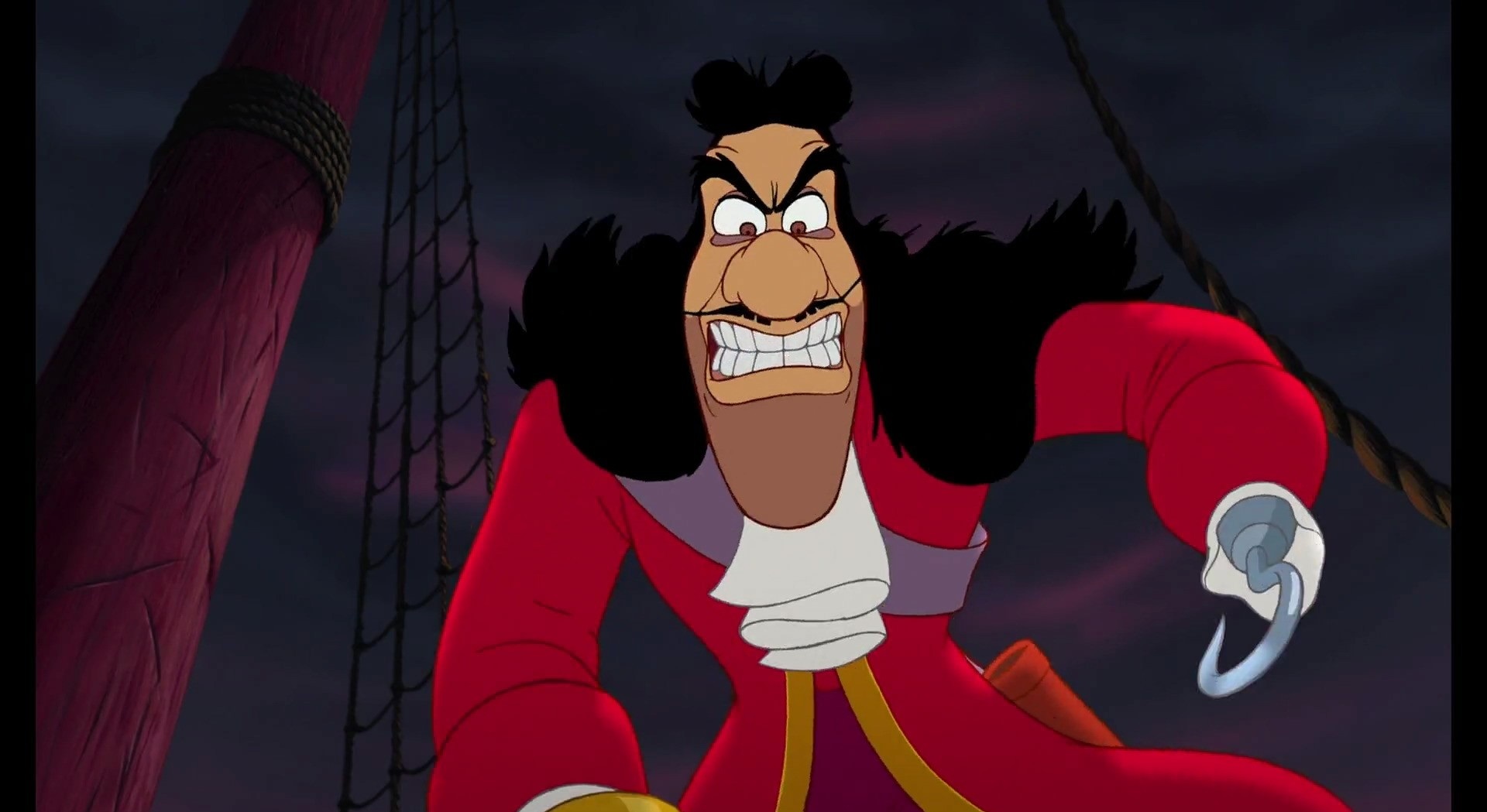 Peter Pan is a story that just begs to be retold every couple of years. NBC attempted it last year with Allison Williams starring in Peter Pan LIVE. Director Joe Wright will tap into the well again later this year with Pan. And of course, Disney has touched on elements of the Peter Pan story for decades, more recently going into spin-offs like "Disney Fairies" and "Jake and the Neverland Pirates."

So then why isn't Captain Hook a part of Disney Infinity yet? Sure, that blasted Peter Pan is on this poll, too, but the Disney villain fraternity is vastly underrepresented and there is arguably no greater representative of the old-school Disney baddies than Hook. Go all the way with the pirate theme and give Hook a pirate ship vehicle, give him an entourage of pirates, and invite Tick-Tock the crocodile to be omnipresent whenever Hook is around. The Toy Box possibilities could be really entertaining with Hook leading the way, especially if Disney Infinity goes on to introduce elements from the Pirates of the Carribean movies later down the line. 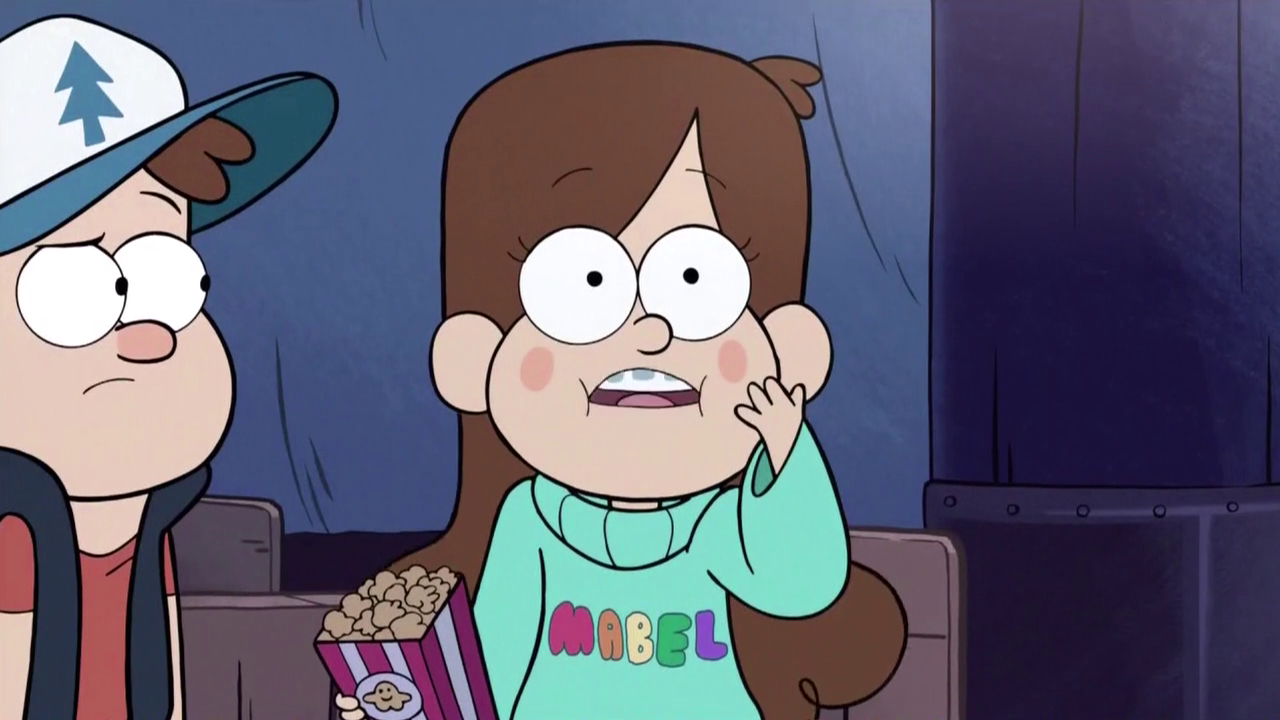 Alright, now we're getting into personal choices. Gravity Falls has been one of the best animated shows to debut in recent years, introducing insane X-Files-style mysteries and unexplained phenomena and blending them with off-the-wall humor. The show is filled with memorable characters, but perhaps none moreso than Mabel Pines.

Voiced by the one-of-a-kind Kristen Schaal, Mabel brings a total childlike innocence and enthusiasm to the town of Gravity Falls, often acting as a wacky sidekick to her "straight man" twin brother, Dipper. But she'll also grow beyond that role to send the message that it's alright to embrace who you are and be happy with yourself. As someone with a young niece, I love that Mabel is teaching her how to be a crazy little kid and also teaching her to be her own strong person. Gravity Falls can get surprisingly dark and mature, which has especially been the case for the first half of the show's second season. Mabel is often the main source of levity, which is a big part of why she's one of the show's most popular characters.

There's a disturbing lack of Gravity Falls presence in Disney Infinity and it'd be great to see Mabel bring along set pieces from the show along with her. She's the heart of the series, so she should definitely be the first member of the cast to debut in the massive Disney game.

But as long as I'm getting into personal choices... 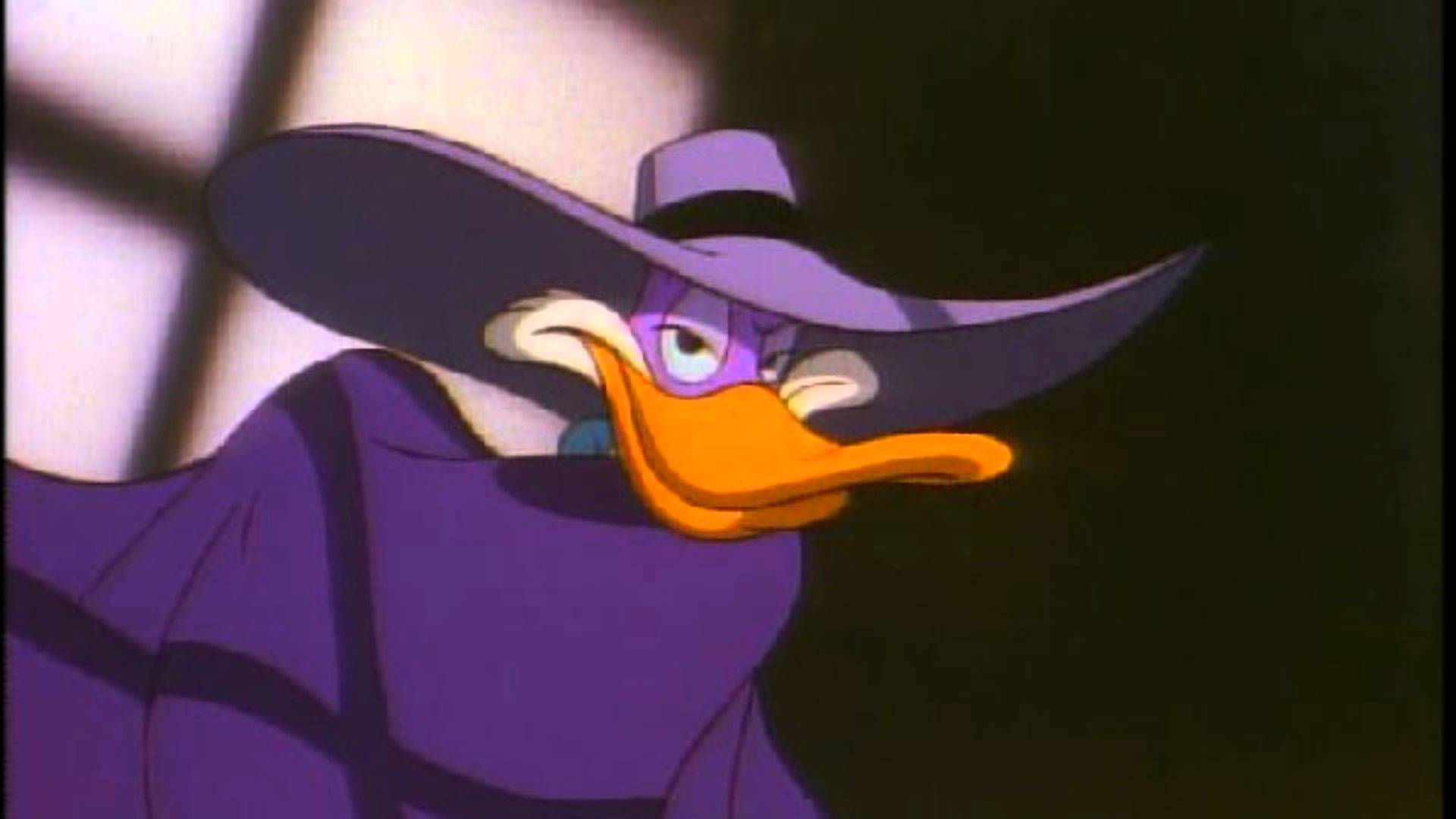 This is not even a question for me, personally. I grew up on Darkwing Duck in the early 90s. He was Disney's greatest spoof of heroes like Batman, James Bond, and the like. He's St. Canard's greatest hero, embracing the night for the greater good... and also for the greater glory. He's the hero St. Canard deserves... just not the one it wants.

At the height of the Disney Afternoon block of cartoons in the early 90s, Darkwing Duck was king. He had a slew of gadgets, a sharp wit, a keen intellect (albeit one he severely overestimated at times), a lovable supporting cast, and a dangerous (yet wacky) rogues gallery. Kids that grew up with Darkwing Duck were devastated when the show was abruptly cancelled, but the nostalgic renaissance has been building for several years. It all culminated with a comic book revival in 2010 (appropriately titled, "The Duck Knight Returns"), a run with Kaboom Comics that was short-lived due to several external factors. However, a good duck can't be kept down and Darkwing Duck will ride again later this year with a whole new comic book series.

So where does all this fit into Disney Infinity? There's a lot of love that's still out there for this character, whether it's for his heroism, his humor, his ego, or his desire to simply be a good dad. Darkwing Duck's few years on the television airwaves were more than enough to leave a lasting impression on a generation, one that even the Disney Infinity team itself recently celebrated in a video that can be seen below. This is where I'll be placing my vote.