Hearthstone: Heroes of Warcraft's upcoming Grand Tournament expansion is placing a greater emphasis on Hero Powers. The Inspire mechanic is one that will trigger effects with Hero Powers used, but today, Blizzard revealed a new Legendary minion that will essentially put those powers on steroids.

Blizzard explains this idea over on Battle.net. Meet Justicar Trueheart, a 6-cost 6/3 minion. Those stats are nothing interesting, but the Battlecry effect will turn some heads. It simply states "Replace your starting Hero Power with a better one." How much better? Well, check out the image below. 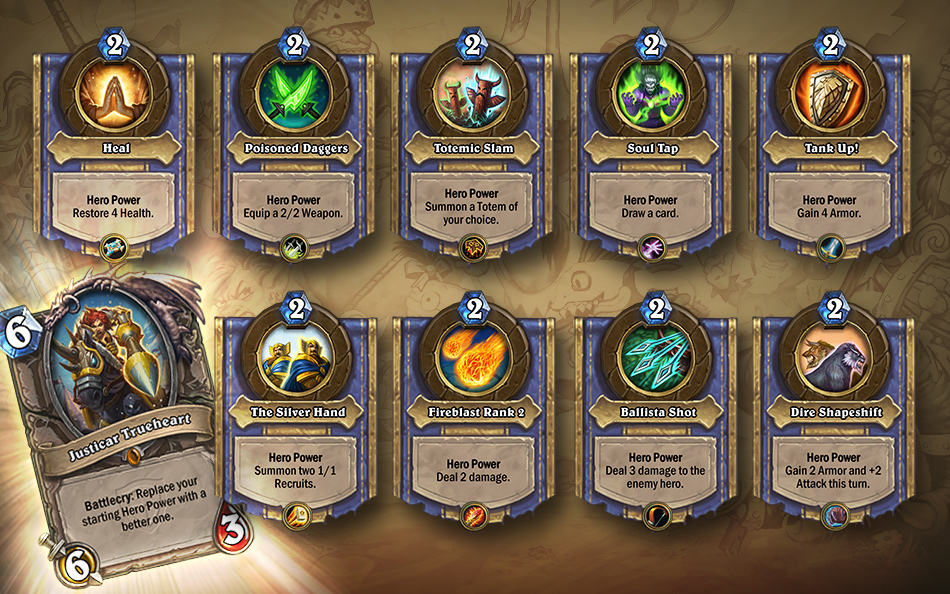 Some of these enhanced Hero Powers stand to be game-changers. The ones that stand out are the Warlock's power, which no longer has a life-draining drawback, and the Priest's power, which essentially offers Prophet Velen's double heal without his presence. Of course, if you were to have Prophet Velen out, that Heal would double to 8 Health. Justicar Trueheart's ability is a Battlecry, which means that the effect remains permanent throughout the rest of the game. In terms of the Hearthstone meta-game, this is potentially a major shift.