As has been the case for the past several years, the Evolution Championship Series tournament is home to more than the greatest fighting games in the world. It also plays home to a handful of competitive indie games that can be played alongside friends. The batch this year has been an eclectic one, with a number of indie developers showing off some unique blends of traditional genres across several platforms. As part of the weekend, Shacknews had a chance to go hands-on with many of them. 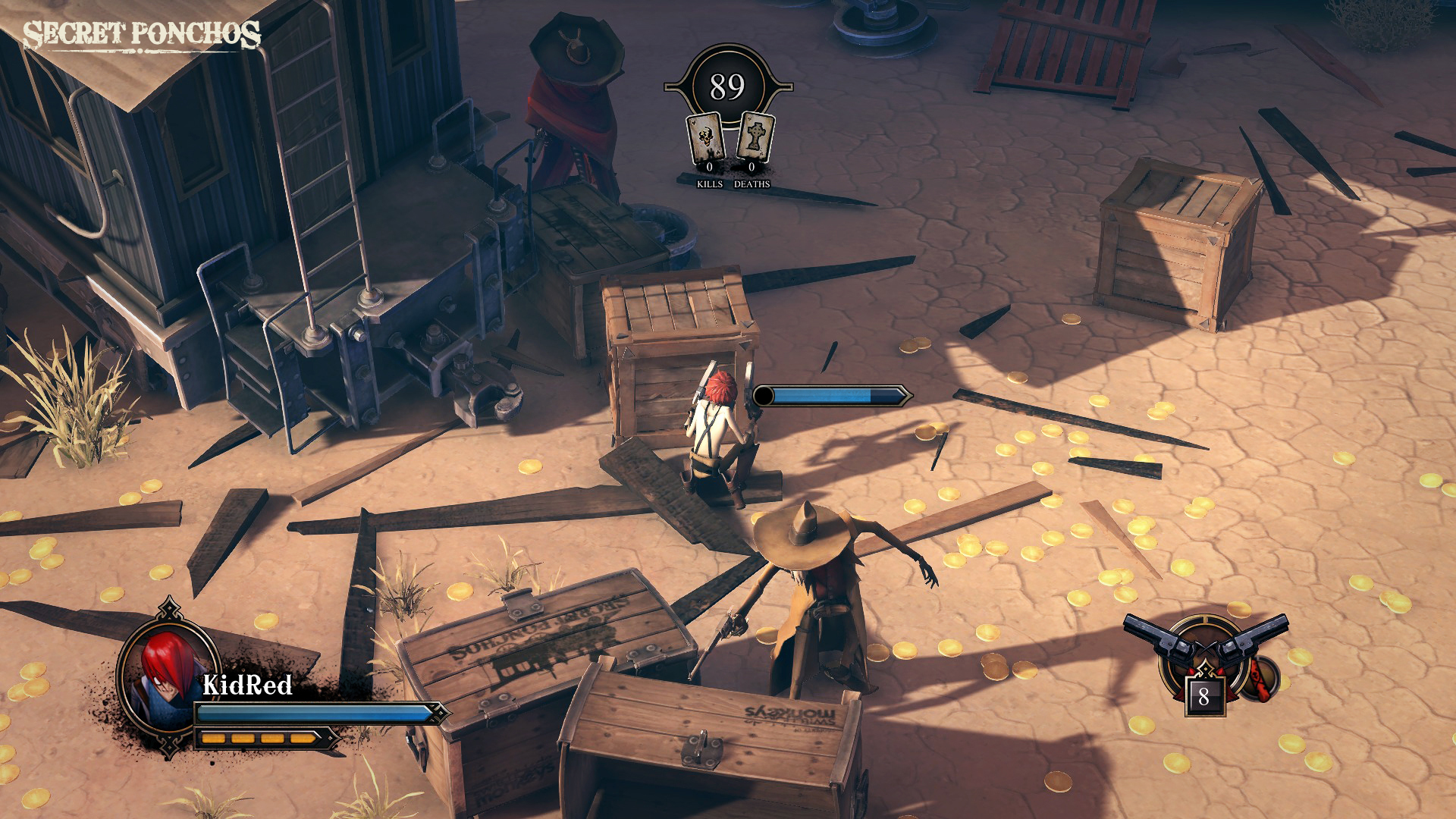 Secret Ponchos offers a competitive atmosphere rarely seen in games today, taking players back to the age of the Spaghetti Western. Using an isometric overhead view, the idea is to lure out opposing players and either gun them down or use one of your unique abilities to dispatch them. On the surface, it appears to be a versus run-and-gun shooter, but as players acclimate themselves to the stage environments and set pieces, they can exercise more strategy and attempt to get the drop on opponents.

This game will favor those with quick reflexes that can aim the right analog stick at their target and fire precision shots. As in the old western days, reloading is manual and time-consuming. Dodging doesn't always work, since there's a stamina meter in place to prevent that mechanic's abuse. Cover is vital to break an opponent's line-of-sight, though most of the cover is destructible.

There are six characters to play with, each with their own attributes and abilities. My time with the game was limited to 2v2 scenarios, but there's also the option for one-on-one or full-blown 3v3 and 4v4 team-based shootouts. There's still a ways for developer Switchblade Monkeys Entertainment to go before this game is ready to draw on PC, which is why they're currently in the midst of a 12-week Steam Early Access period. But look for Secret Ponchos to officially release for PC in just a couple of weeks. For those that can't wait, however, the game is already out on PlayStation 4 with a number of content updates. 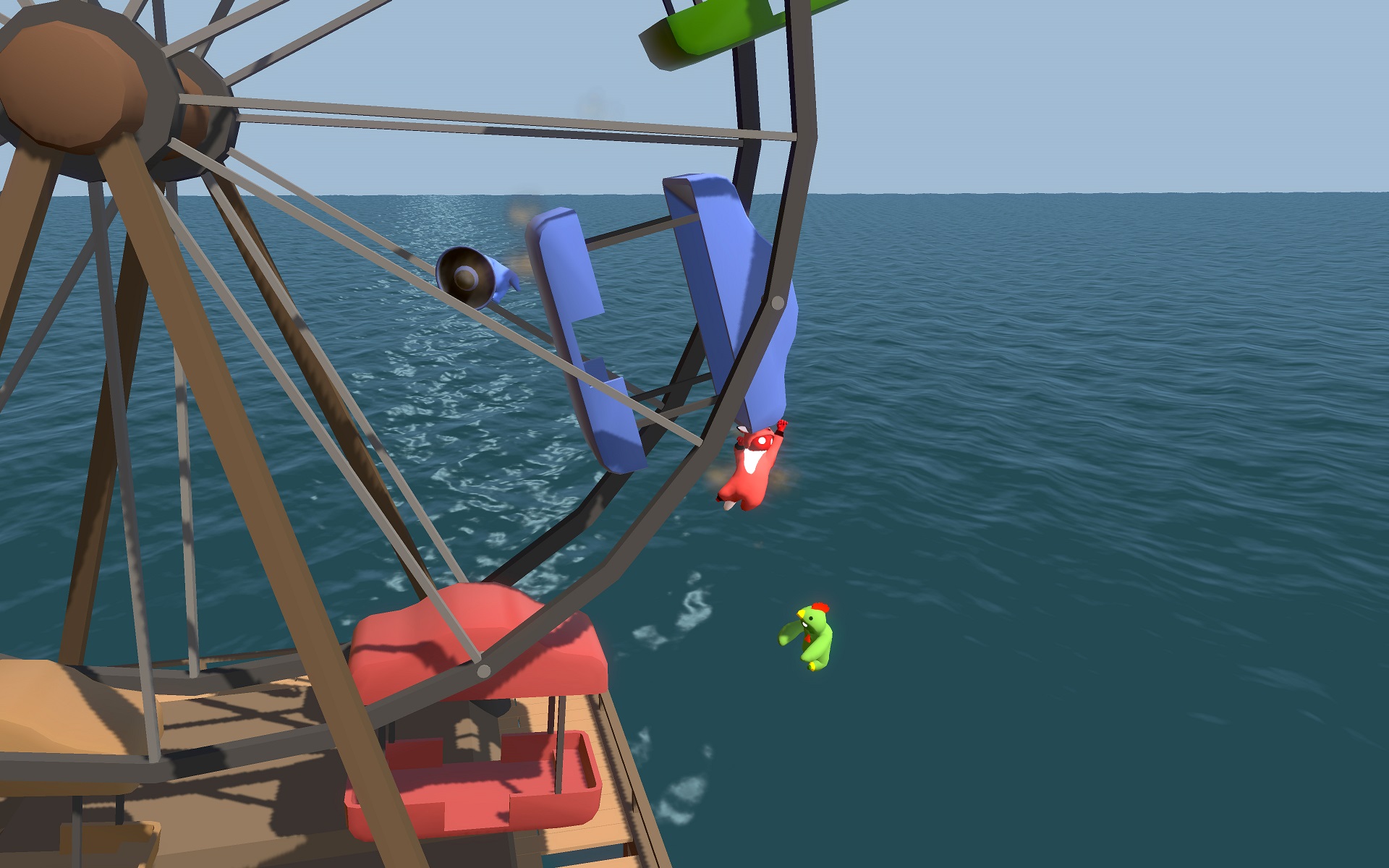 As far as Double Fine-published efforts go, Gang Beasts stands as one of the strangest. Developed by the team at Boneloaf, the idea is basically to grapple with other players in 3D arenas and throw them out of the ring or towards a hazard. The only thing is, all of these characters are gelatinous and have totally rubbery physics.

That leads to some truly chaotic battles, especially with some whacked-out arena choices. Some of the battles take place in hazardous factories, atop ferris wheels, and on unstable glaciers. As the conditions get more dangerous, getting a firm grasp on the opponent can get a little tougher. But there's nothing quite as satisfying as performing an overhead press and tossing some poor sucker into a buzzsaw.

Gang Beasts is currently a part of Steam Early Access. The full version is coming soon to PC, PlayStation 4, and PlayStation Vita.

Tumblestone takes the puzzle formula established by games like Bust A Move and somewhat turned it on its head. This is a four-player competitive puzzle game from the makers of The Bridge, in which players are given Bust A Move-style playing fields with colored blocks littering the ceiling. The idea is to clear off the field before anyone else. To do so, players must line up vertical shots and shoot three same-colored blocks in a row. It's not as easy as it sounds, because a third block may be buried and unreachable, making the next move impossible. At that point, the puzzle resets and the player must start from scratch. As layouts get more complex, the games get more intense, as friends scramble to be the first one finished.

Tumblestone is early in development, but it's already showing the potential for fun, especially for competitive puzzle fanatics. Look for Tumblestone to hit PC, Xbox One, PlayStation 4, Wii U, Xbox 360, PlayStation 3, PlayStation Vita, and mobile devices in 2016. 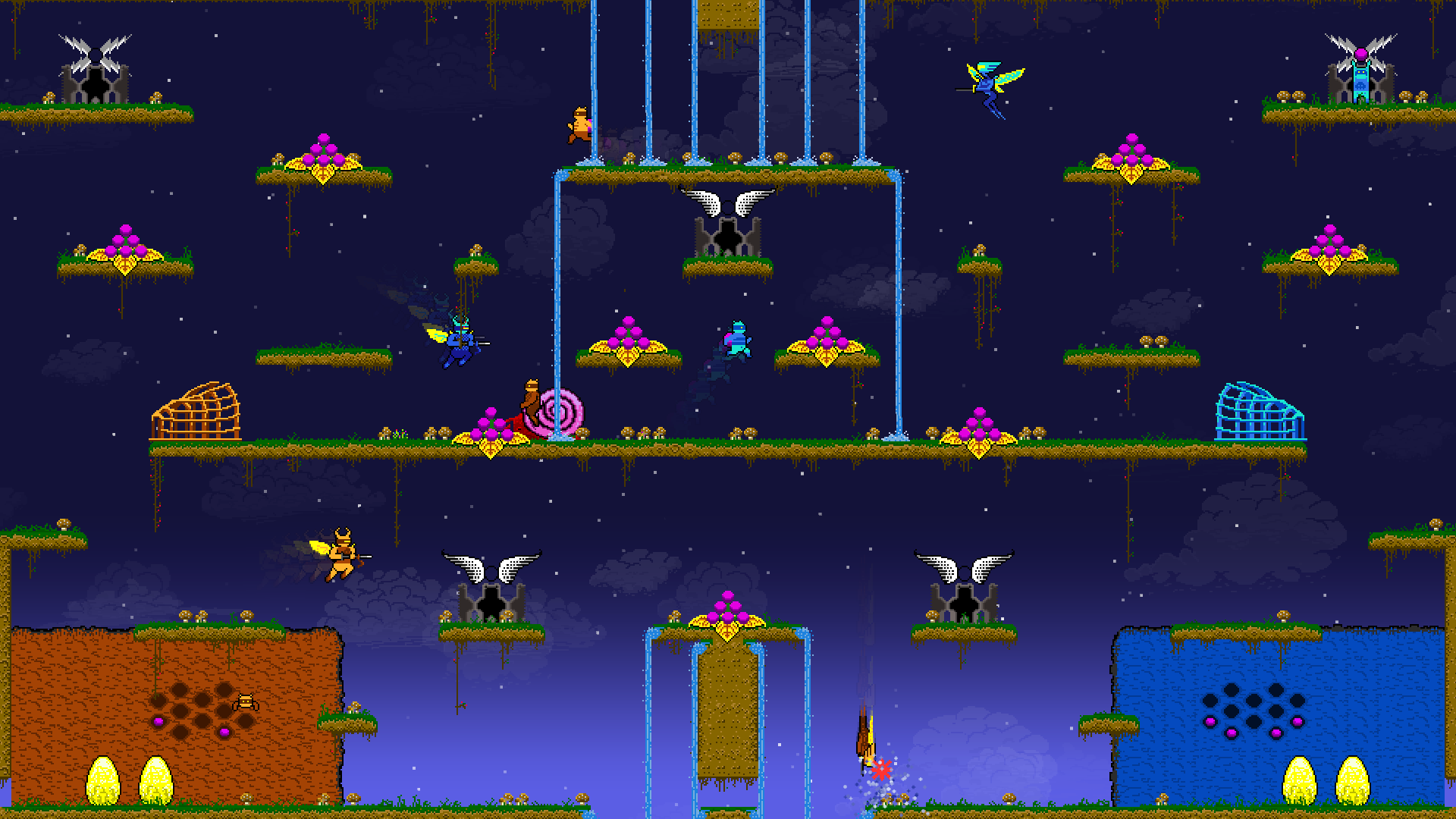 It's been a good, long while since Shacknews had the pleasure of going hands-on with Killer Queen, the 5v5 competitive multiplayer arcade game from Joshua DeBonis & Nikita Mikros. And it's just as addictive now as it was in 2013.

For those unfamiliar, Killer Queen is played on a double arcade cabinet setup, with each cabinet housing five players. One player from each team is the queen with three lives, while the other players are workers with infinite lives. The idea is to either kill the queen three times by killing her with your own queen or by upgrading workers to warriors and using their offense (Military Victory), collecting a certain number of fruit and bringing it all back to the home base (Economic Victory), or riding a slow-crawling snail to your team's goal (Snail Victory). The numerous win conditions make Killer Queen a hilarious experience, especially since it's easy to ignore the opposing team making snail or economic rushes.

Flying is not always responsive, which is likely a drawback of arcade buttons that wear out over time, but Killer Queen is an enjoyable romp that mostly requires team strategy. But the game is easy enough that random teams can learn on the fly and go with the flow. And when the opposing team has nearly snuck the snail into their goal, communication comes naturally.

Killer Queen arcade cabinets are a rarity, but the team is looking to expand its presence. For more, including locations, check out the game's website.