With a successful Season 2 now behind them, all that was left for the people at Iron Galaxy was an EVO 2015 panel about their time with Killer Instinct. Adam Isgreen and James Goddard of Xbox, along with Adam Heart and Alex Jebailey of Iron Galaxy, were heading this year's panel, but they didn't come down for a mere retrospective. There were some announcements made during the panel, including some new details on the popular Shadow Jago, as well as the upcoming Windows 10 version of the game.

After crediting the Killer Instinct community for helping lead a successful revival after a 20-year hiatus, the topic turned to Season 2 and a look back at some of what helped define it. That included the returning and original characters ("Nine characters in nine months," boasted Heart.) that debuted, the new Rivals mode, a whole new story, and the various new systems. 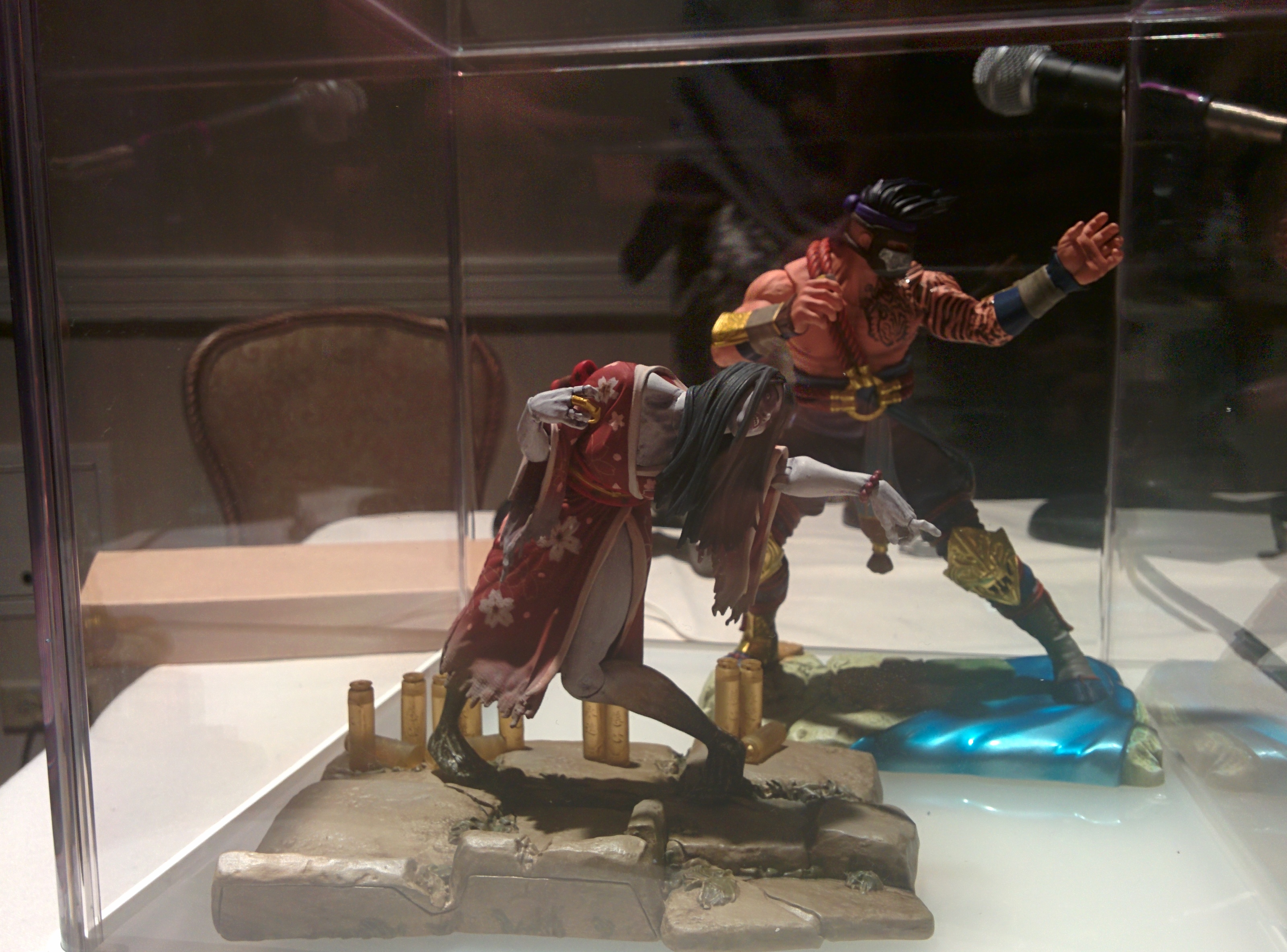 That was followed by an announcement that Killer Instinct would get into the merchandising game. That includes new T-shirts from designers Eighty-Sixed (with additional designs coming soon) and the Season 2 soundtrack. Collectible figures are also being designed, including figures for Sabrewulf, Hisako, and Fulgore. They will also come with set pieces, like interchangeable parts and stage pieces. Spinal, in fact, comes across as a full-blown diorama, with the figure placed atop his pirate beach stage. 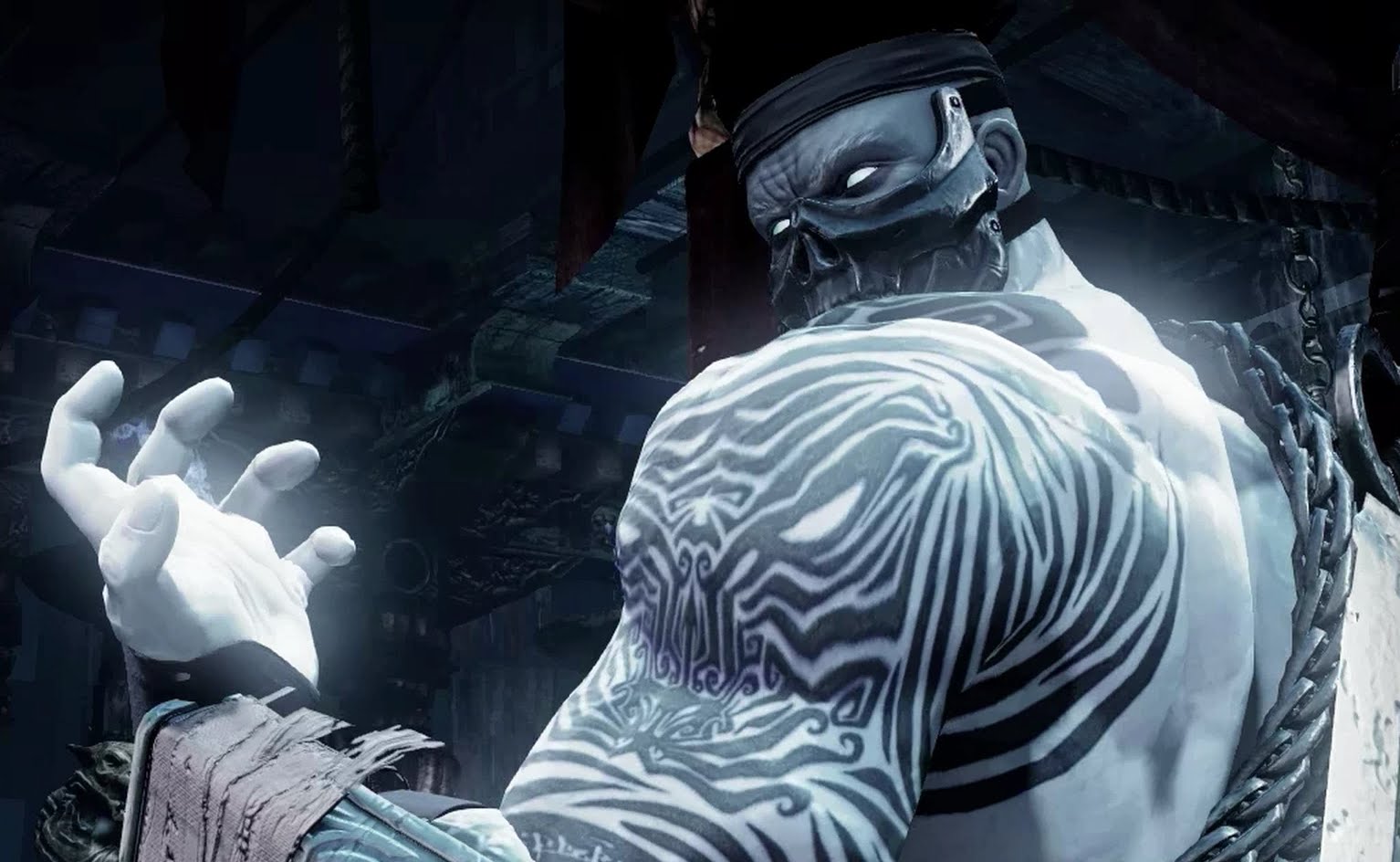 Then everyone got down to business, as the topic turned to Shadow Jago, who Iron Galaxy had previously indicated would become a full-blown character all his own. This character is set to receive some major changes, retaining the Shadow Jago boss moves, while featuring his own distinct move set. However, his Laser Sword special has been sent to the wayside. But Shadow Jago is very dangerous, as he'll have his own Shadow Surge trait, which will allow him to perform a special move and press the same button to spend some Shadow Meter to perform an enhanced version of that move.

Shadow Jago will have quite a formidable moveset. He'll have the ability to perform an air Shendokuken fireball, as well as the ability to throw a second one to cover additional space. Dark Fury will give Shadow Jago a vertical rising punch that does not move forward at all, allowing him to catch cross-ups. Surging this move will teleport Shadow Jago to the ground and begin the move again. A Dark Slide allows Shadow Jago a sliding kick, but surging this move will teleport him behind his opponent. Dark Stalking gives Shadow Jago a powerful divekick, but if it's blocked, it will bounce off his opponent, leaving him open to attack. Surging the Dark Stalking divekick can hit several times and act as a linker for combos. Dark Dashing gives Shadow Jago a greater dash distance than Jago, but it will take him longer to cover those distances. He can also phase through his opponents while dashing. The only detail Iron Galaxy did not discuss was Shadow Jago's Instinct Mode, which they are teasing for a later reveal.

The topic then turned to the Windows 10 version of Killer Instinct. Cross-platform play was emphasized, noting that the PC and Xbox One communities would not be segregated. The panel also noted that all Xbox One content will carry over to PC, so those that have already picked up content for consoles can bring everything along to Windows 10. Iron Galaxy and Microsoft will also look to support all Xbox One fighting sticks on PC.

Look for the Shadow Jago changes to hit later this year, while the PC version of Killer Instinct is also set to hit in the near future.

Update: The full panel has been uploaded. Check it out below.