Tales from the Borderlands: four burning questions after 'Catch A Ride'

Warning: The following contains spoilers for Tales from the Borderlands' third episode, "Catch A Ride." If you have not played this episode, turn back now.

Telltale Games has now reached and passed the halfway point for Tales from the Borderlands. A lot has changed since the series first started and many of the characters have changed in some big ways. Rhys has taken and survived the forces of both the monolithic Hyperion and the chaotic forces of the planet Pandora, while Fiona has parlayed her quick wit to become something of a Vault Hunter-in-training.

Those that have completed 'Catch A Ride' know where the next episode is headed -- back to where the story originally started, aboard the Hyperion space station, Helios. But before making the trip home, it's time to examine four more burning questions that have emerged from the latest episode of Tales from the Borderlands. 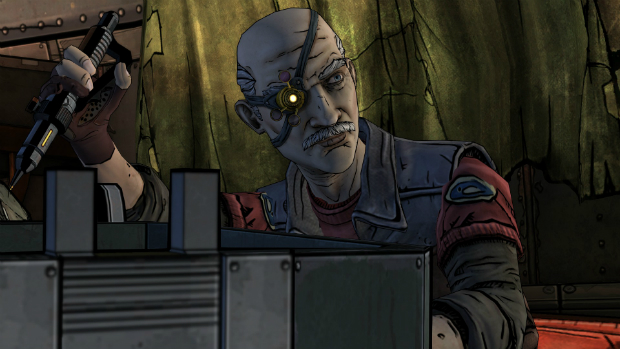 Was there more to Felix's actions in the first episode?

This seemed pretty black and white. As soon as 10 million dollars entered the picture, it seemed obvious that Felix had betrayed Fiona and Sasha to take the money and run. It sounded pretty straightforward.

"Catch A Ride" has introduced some shades of grey into this subplot. Contrary to what the last episode may have implied, Athena was not actually hunting Fiona and Sasha for the bounty on their heads. Rather, she noted that Felix had hired her to protect them and teach them valuable survival skills. At what point did Felix make this hire? Did he do this knowing he'd take off with the 10 million, thinking he could offer a cut to Athena? Was his intention always to develop Fiona as a strong, self-reliant Vault Hunter? And did he do all this knowing that August (the big mark) was the son of his old flame, Vallory? Did he realize he would have to go out of his way to make sure Fiona and Sasha were protected?

There now seems to be more to Felix than first meets the eye, which could make Fiona's final words to him sting a lot more, depending on how players opted to play out that pivotal moment in the first episode. 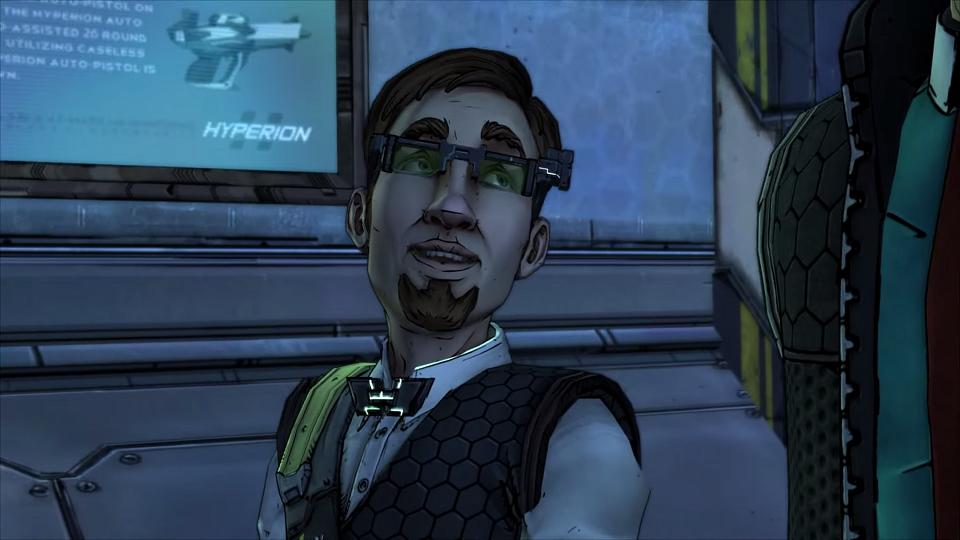 Alright, seriously, can Vaughn be trusted?

This is not merely a repeat of the question I asked after the last episode. There's something that doesn't feel entirely kosher about Vaughn's place with the team. After spending the better part of three episodes trying to butter him up and make him feel like Rhys' best friend forever ("That's bro, bro!"), he's still pointing out how he doesn't quite fit in. In this particular case, that could be very dangerous.

For those that ended "Atlas Mugged" by trusting Handsome Jack, they'll recall a conversation Vaughn had with Rhys outside the dome about the old Keg-A-Tron 9000 Party Blowout Smash, where he pointed out the time that Rhys basically left him outside and essentially out in the cold. If Rhys opted to apologize, Vaughn would reply that he's over it, but is he really? If he is, why bring it up at all? On top of that, think about a scene a few moments later and look at the way he almost feebly asks Fiona if there's anything he can do to help the team, as everyone has their function and he seemingly doesn't. But most importantly, keep in mind that the episode ends with him completely missing.

Remember that Vaughn isn't above selling Rhys out, as he already attempted to do so earlier in the game when he tipped Vasquez off about their location. While a large percentage of players have chosen to forgive Vaughn for this transgression, it doesn't mean he's above selling out his friends. Vaughn is rapidly proving to be a guy with a massive inferiority complex and a guy with that level of insecurity is definitely somebody to watch out for, because he could just as easily be looking for the first opportunity to become a big shot. His whereabouts at the end of "Catch A Ride" will be an essential question going into the next episode. 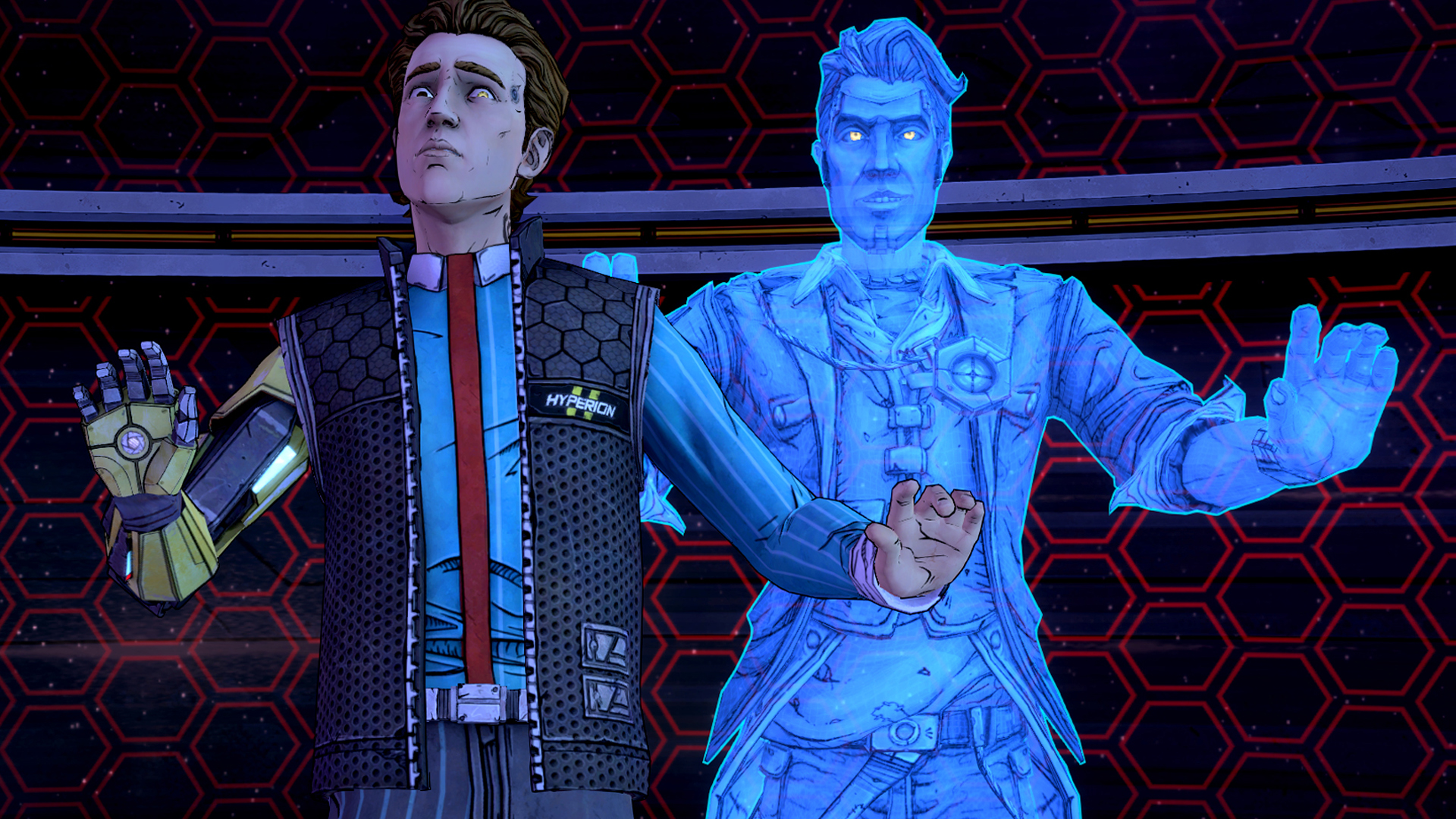 How quickly is Handsome Jack's control over Rhys spreading?

Those that opted to side with Handsome Jack at the end of "Atlas Mugged" know that the Borderlands antagonist is making himself more and more at home in Rhys' body with every passing minute. In fact, the latter half of 'Catch A Ride' got downright uncomfortable with Jack completely taking over while Rhys was unconscious. If Rhys did indeed open Pandora's Box (no pun intended), will he be able to close it again?

It already doesn't sound like an easy task, but the fact that Rhys is now headed up to Helios isn't about to make things any simpler. If anything, Jack will have far greater motivation to make any kind of move now that he's about to set foot on a space station filled with his admirers. If he has a power play in him, this would be the right time to play it. Although, he may not even have to, as this next question will point out. 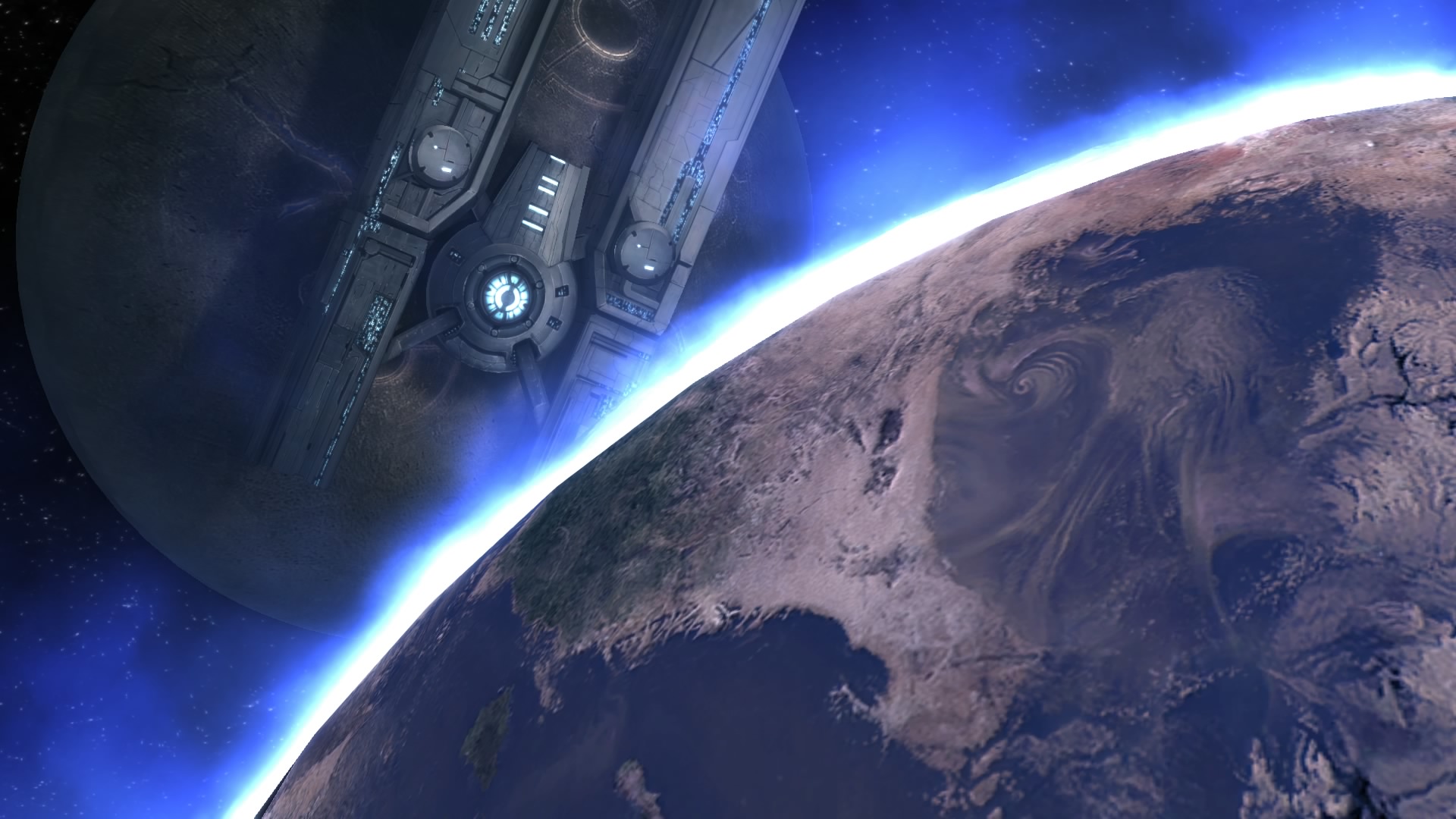 Will Hyperion actively hunt down Rhys upon his return to Helios?

Gortys has pointed to where everyone needs to go next, pointing to the Hyperion space station, Helios. Essentially, this is a homecoming for Rhys... which is not exactly a good thing. Recall that Vasquez ordered Rhys be brought back alive, as everyone had become wise that the Nakayama Drive had an adverse effect on his cybernetic implants. In fact, there's a good chance they know exactly what's going on with Rhys.

If that's the case, there isn't much hope that Rhys will get a warm reception upon his return to Helios. His former colleagues will likely look to put him on the operating table sooner than later to find out what's going on in his head.

Oh, and there's also that little matter of Vasquez being dead. There's a huge vacancy atop Hyperion at the moment and it's a no-brainer that at least one ambitious employee will try and pull a power play by bringing in Rhys. 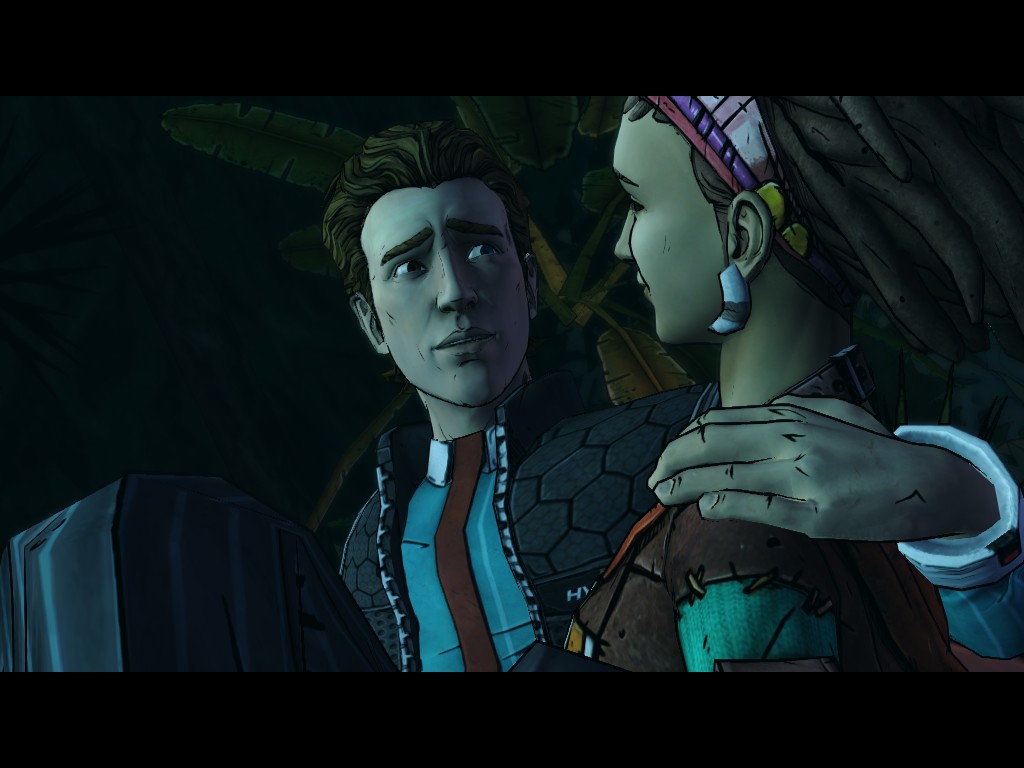 BONUS: Will Rhys' burgeoning relationship with Sasha change his aspirations?

Confession time: This is more of a burning question for myself and the people that decided to follow a surprising option that's quietly surfaced over the course of the game.

Yes, Telltale has planted the seeds for a romance subplot between Rhys and Sasha. It doesn't take much to see the subtle beginnings of this relationship, dating back to the first episode pairing the two together to take out Bandits while Sasha later admired Rhys' stun baton. As the two explored the luscious biodome, options came up to observe the romantic atmosphere, leading to Rhys and Sasha getting closer. Rhys even got the option to put a flower in her hair.

Admittedly, up to that point, I played Rhys as something of a power-hungry despot that just happens to be keeping his friends close. The Sasha romance option has thrown me for something of a loop. Taking her safety (and by extension, everyone else's) into account has made me more hesitant to continue any alliance with Handsome Jack and, in fact, a later scene in which Jack forced control from Rhys actually made me cringe. As mentioned before, Vasquez is dead, so there's an open spot at the top of Hyperion. But if the romance subplot continues, will Rhys take Sasha into consideration before making the move he's wanted to make since the beginning of this story?

Tales from the Borderlands is starting to heat up. For more on 'Catch A Ride,' be sure to catch up with our episode impressions.