E3 2015: What happened after the Uncharted 4: Among Thieves demo ended

When we last left Nathan Drake, he was crashing into a wooden structure, just as the Uncharted 4: Among Thieves logo popped up on-screen. For those watching the Sony E3 2015 press conference, that's where the gameplay demo ended. For those attending a special closed-door screening on the show floor, the story continued.

To recap the gameplay demo showed at the end of Sony's press conference, Nate and Sully were out searching for Nate's brother, Sam. They're quickly ambushed by mercenaries, including a pack of them riding in an armored military vehicle. A great chase took them all the way down towards a bridge, where Nate grabbed onto a crane for dear life. 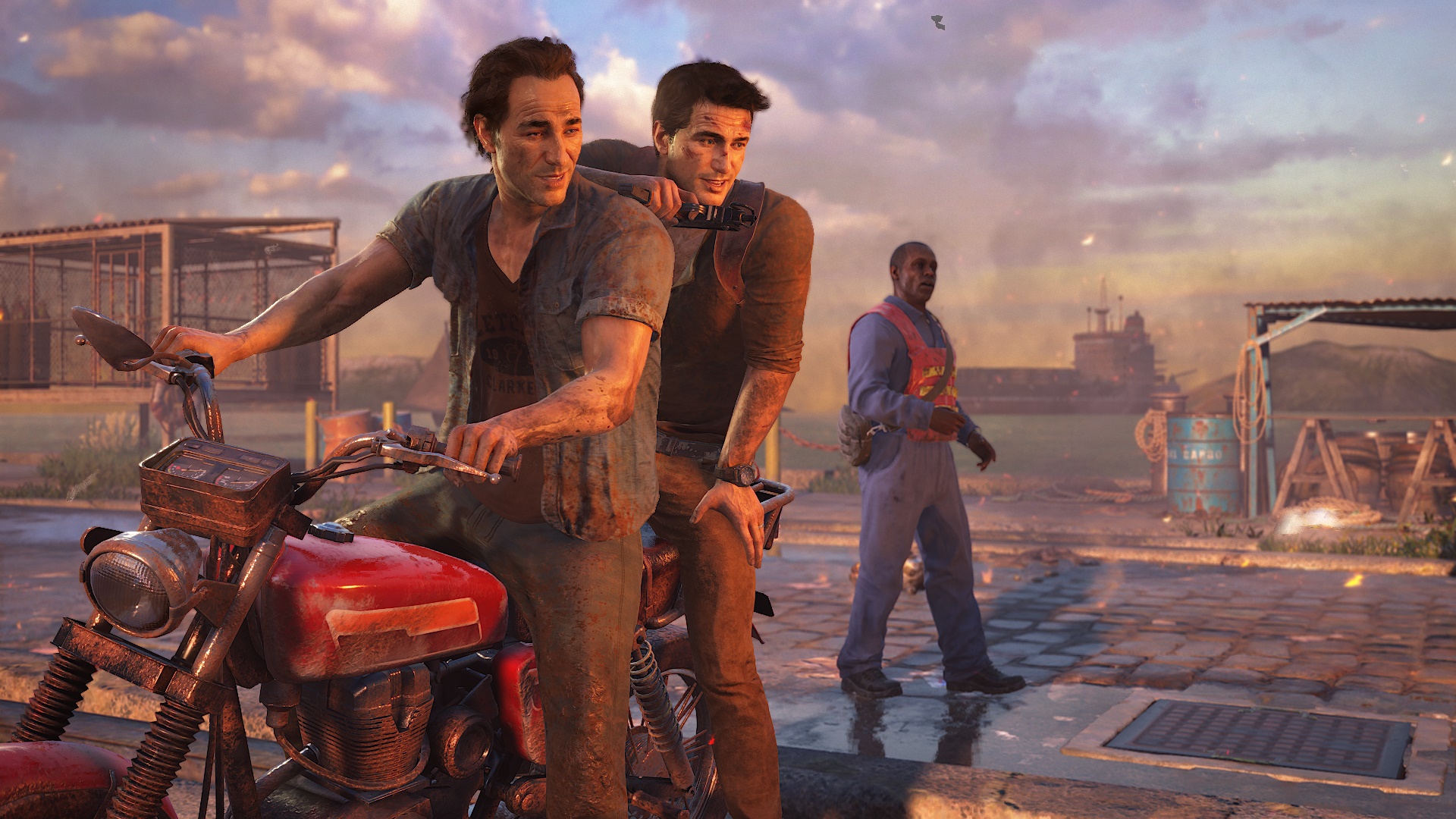 Picking up where the demo left off, Nate manages to keep a grip on the crane, as it keeps driving down the bridge. More mercenaries come riding in on a Jeep, with Nate shooting at them to ward them off. At this point, Nate's getting dragged along the mud with motorcycle baddies catching up to him. Nate climbs onto the back of the crane and picks up an assault rifle dispatched by an enemy to shoot at the incoming motorcycle mercs. Nate jumps onto another Jeep and rams more motorcycle enemies to knock them off their bikes.

At this point, Nate catches up to Sam, where they both argue over who's jumping to who. Nate suddenly gets sideswiped by the military vehicle that was pursuing him and Sully earlier. A QTE kicks in to have Nate push the remains of the Jeep of him before it bursts into flames and explodes. As Nate emerges, he must shoot at a couple of other mercs while lying on his back.

Sam picks Nate up and puts him on the back of his bike, but the military vehicle gives chase again. At this point, Nate grabs an SMG and starts shooting, as the camera goes back and forth from the front of Sam's bike to a more isometric view. Finally, Sam's able to elude the truck and Nate puts the finishing touches on it to blow the sucker up, once and for all.

The Uncharted 4 logo pops up again, but a second scene quickly sees Nate and Sam catch up to Sully at a nearby hotel. Sam has found a clue in regards to an ancient common building that housed treasure from hundreds of thousands of pirates. Nate deciphered a symbol that Sam collected, determining that the treasure would be located northeast of King's Bay. As they all prepare to depart, they enter the hotel to find a very unhappy Elena, who pointed out to Nate that he was a long way from Malaysia. 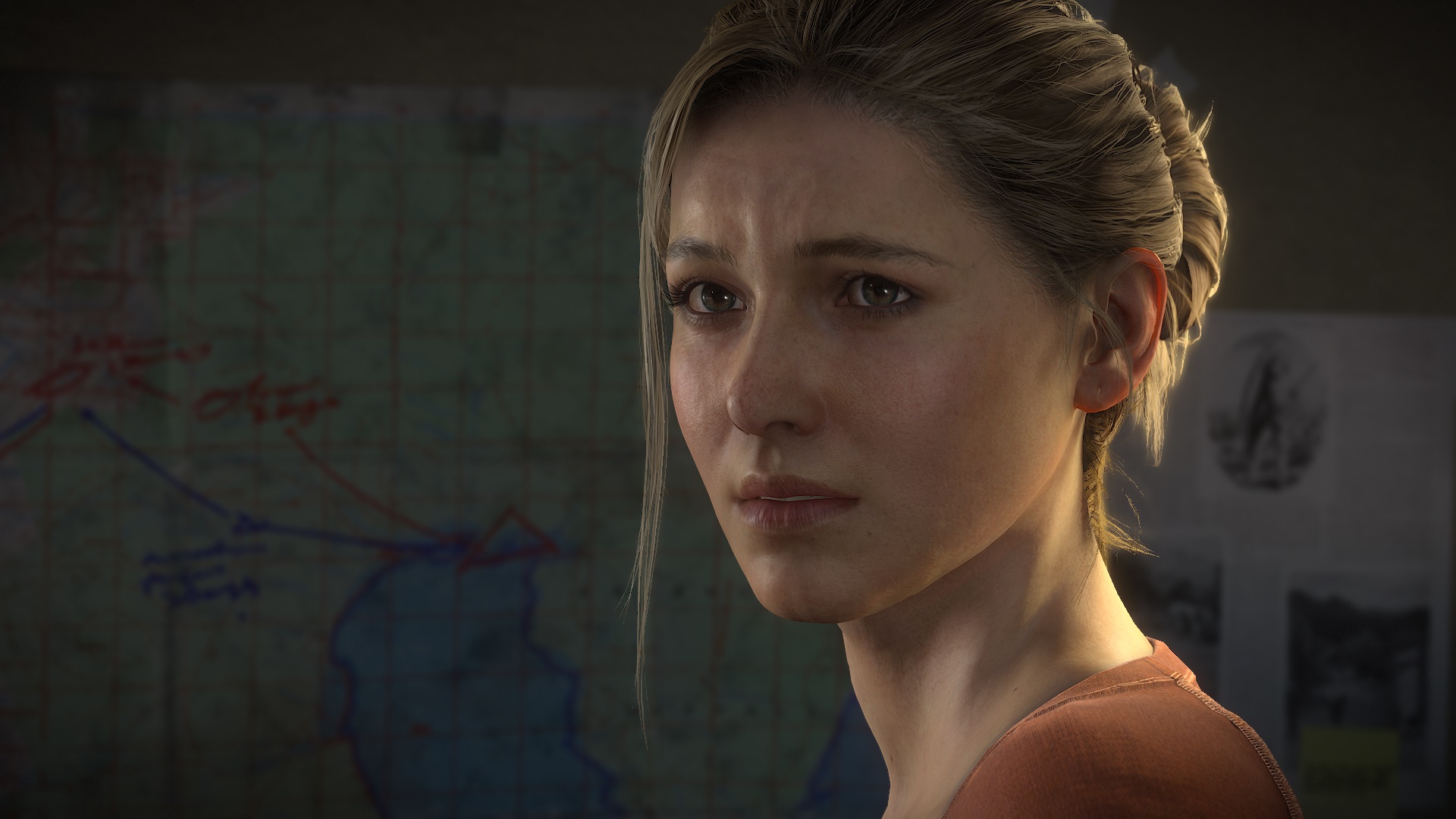 The plot of Uncharted 4: Among Thieves is set to thicken when it comes to PlayStation 4 next year. Look for more details on Nathan Drake's latest treasure hunt in the coming months.