E3 2015: Most Anticipated from PlayStation

As part of our coverage for E3 2015, Shacknews is taking a look at some of the most anticipated games for this year's show. Today, EIC Steve Watts is looking at the most awaited games coming to PlayStation.

Sony has taken an aggressive stance this generation, building on its momentum from the 2013 press conference with dogged pursuit of promising indies alongside its usual slate of top-tier AAAs. This year's line-up appears to strike that balance once again, with one standout franchise title flanked by a bevy of intriguing artsy projects.

We haven't seen much of Rime since its initial Gamescom showing, but that small taste was enough to pique our interest. This colorful adventure platformer from the studio behind the much more dark-and-dour survival game Deadlight has already drawn visual comparisons to games like Journey and Wind Waker. It tells a fable of a boy attempting to escape a cursed island, with the help of an artifact that manipulates the environment and time. 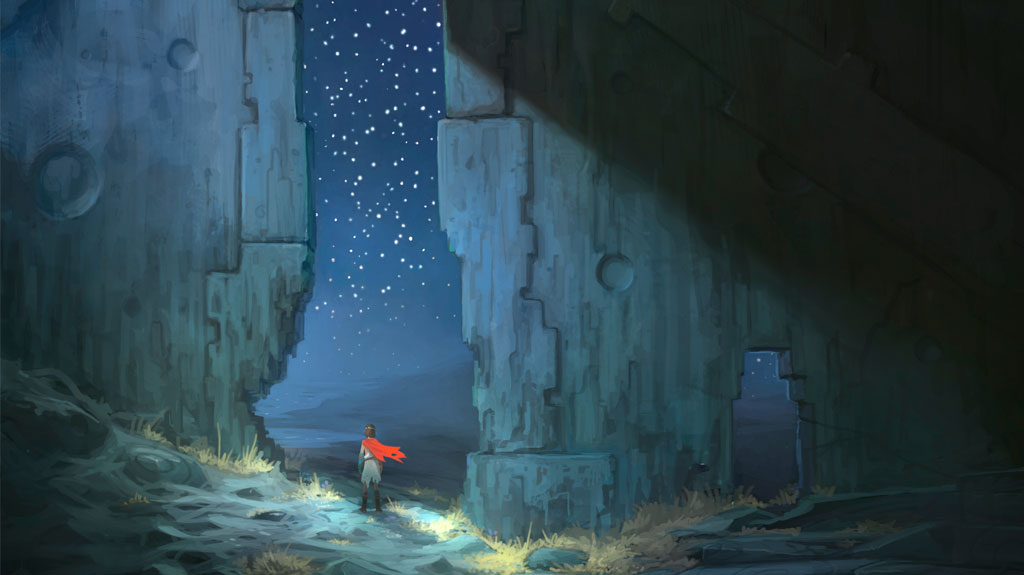 Sony's description promises that sound, light, and touch are all integral to puzzle-solving, so we're definitely curious to learn more.

An indie with some heavy name recognition, Wild (or "WiLD") is the debut project of Wild Sheep, a new indie studio co-founded by Ubisoft's Michel Ancel. So far Wild looks like an open-world playground, letting you take control of any of its multitude of wild animals: wolves, horses, sheep, whatever. Its debut announcement also reflected a distinct lack of goals, letting players approach it however they might like. All in all it sounds something akin to survival games like Day Z, but set in a wilderness promised to be the size of Europe.

Until Dawn is very much rooted in the ever-popular slasher horror genre, as eight friends attempt to survive the night while being stalked by a deranged serial killer. One teaser, featuring actress Hayden Panettiere as one of the potential victims, was so absurdly riffing on horror tropes that it looked silly. But Supermassive Games promises more to this thriller than towel-clad girls hiding under the bed.

By featuring a full cast of eight main characters, it's being built around the idea of replay. You're not supposed to fully understand the story in a single playthrough, and your decisions are said to severely impact events with unforeseen consequences. It does raise the question: will a serial killer story still be interesting once the killer's identity is revealed? Or will the branching paths mean any of the protagonists could be the killer themselves? It's enough reason to want to see more.

Everybody's Gone to the Rapture

Dear Esther helped to kick off the modern trend of first-person exploration games. The follow-up from The Chinese Room, Everybody's Gone to the Rapture, looks to be very much in-line with that that concept, but even more ambitious. This time, you control six different protagonists, each with their own special connection to landmarks in a post-apocalyptic English village. It's the kind of story-based experience that makes for a nice breather between all the action-heavy games of E3, so we can hope Sony gives it a solid presence.

Of course, it wouldn't be E3 without a big-name franchise, and Uncharted is about as big as they come. After massive success with three console games (and one oft-forgotten Vita game), Nathan Drake took a long hiatus. Naughty Dog has continued to support Uncharted 3 with multiplayer updates, but it was clear Drake's Deception was starting to hit a saturation point that could exhaust the character. A break was just what he needed. Now, after four years, Drake's return feels more welcome.

A Thief's End introduces Nathan's brother, Sam, and Naughty Dog has been hinting at family relationships coming into play in a big way. The title implies one of the two brothers may not be long for this world, which should be something to see given the series' cinematic presentation. Not only that, but the added horsepower of the PlayStation 4 along with Naughty Dog's knack for hardware optimization means this is our best chance at seeing what the new generation can really do.

It's been delayed into next year, but it's still a sure bet that this will have a huge presence at this year's show.

Now that publishers and big investors are getting involved, virtual reality is breaking out like never before. That means we're sure to see Sony give some love to Project Morpheus, its own proprietary VR device. While this isn't a game, it's definitely the sort of device that demands its own dedicated software to properly show off. We're excited to see just how Sony chooses to showcase its headset, but at the same time, we're curious: how will Sony, or any company, show off VR during a press conference? Do they choose to abstain altogether and keep it to experiences on the show floor? What does the hurdles of showing VR in this way mean for its market viability? We're not sure, yet.

To quote a cliche, hope springs eternal. The Last Guardian has been on and off again so many times we've lost count. At several points during its lifespan it's been regarded as vaporware, a promising game that simply didn't make the cut. Most recently we thought it was well-and-truly dead when its trademark expired, only to see it renewed just days later. It's a long shot for appearing at this year's conference, but until Sony officially tells us it's dead and buried, we're going to keep anticipating.

Sony will undoubtedly have new games to announce this year, as well. What are you hoping to see? Let us know in the comments.