The game's Story Mode will see players venture out to save the last star in the universe, called Solus, from a mysterious evil. The story can be played solo or with up to three other friends, either online or locally via split-screen. Parties can be comprised of any combination of a massive roster of 25 heroes. All of these characters can be built up persistently through something called the Helix System, in which characters can level up from 1 to 10 in a single story mission. That basically means all characters can max out their abilities in the course of a single mission or multiplayer session. Missions can also be replayed for better loot later down the line.

Battleborn will also feature three competitive multiplayer modes. Incursion is a tower defense horde mode that sees players band together, along with their army of minions, to protect their base from enemies. Devastation is a deathmatch mode that has teams battling to capture and hold territories. Then there's Meltdown, which sees teams guard minions and lead them to the center of the map, where they proceed to incinerate themselves. The team with the most sacrificial lambs wins. Five factions will be battling it out in multiplayer and those factions include the protectors known as the Peacekeepers, the preservers of order known as the Eldrid, the mercenaries known as the Rogues, the profiteers known as the Last Light Consortium (LLC), and the powermongers called the Jennerit Empire. 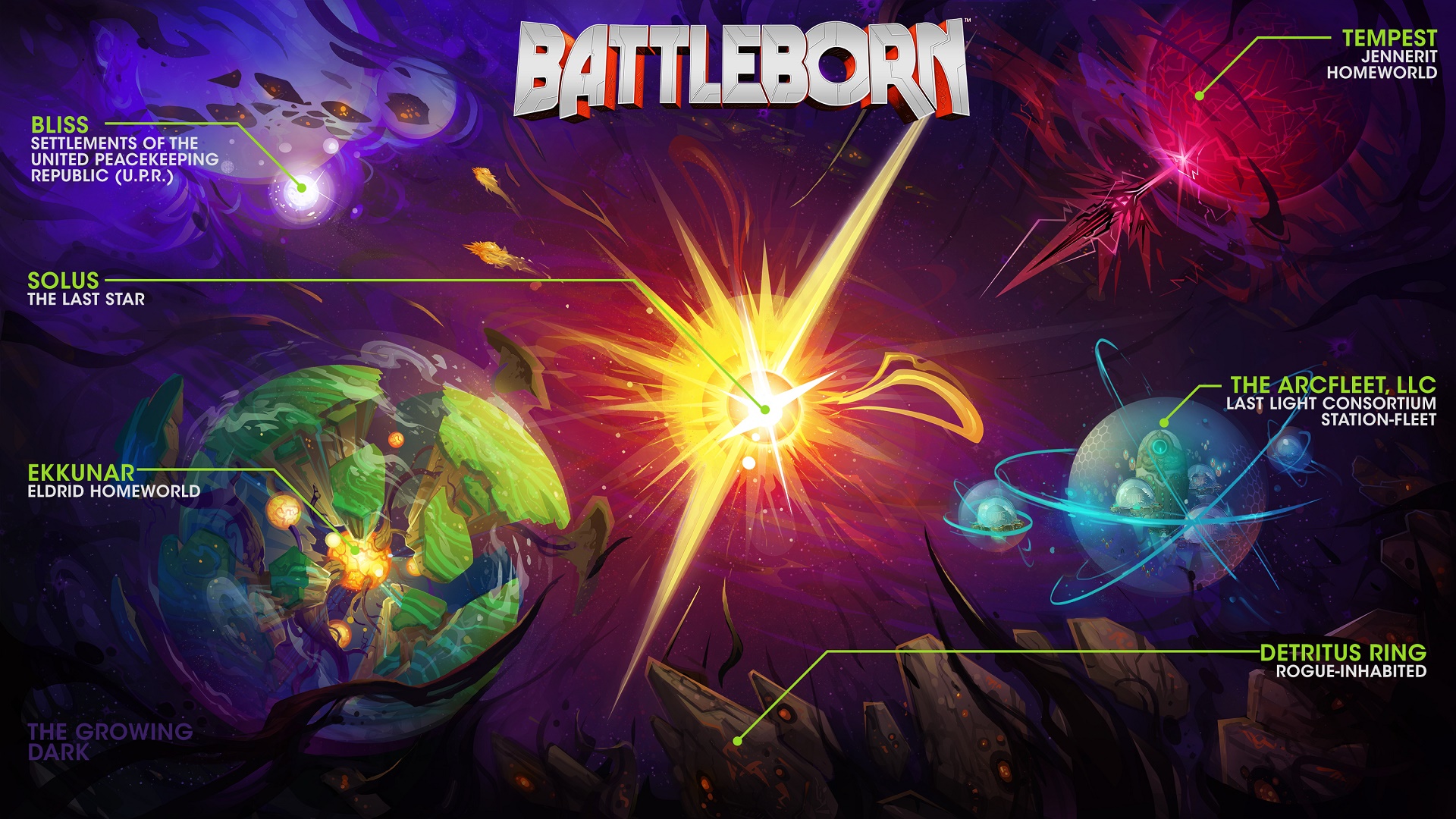 Finally, the first handful of the game's heroes have been revealed. They are:

This is scratching the surface, so look for more information about Battleborn to come during E3 in just a couple of weeks. Battleborn is shooting for a winter release on PC, Xbox One, and PlayStation 4 for $59.99.