Much of the excitement of Disney Infinity 3.0 revolves around the addition of the Star Wars franchise. That makes sense. The multi-billion dollar acquisition from a couple of years ago was one of the last major cards Disney Interactive had to play for its toy-based game. But there's more to Disney Infnity 3.0 than simply Star Wars. There are also some new sets based on other Disney properties, including one based on the upcoming Disney/Pixar effort, Inside Out.

While the Inside Out Play Set will feature the characters from the upcoming film, it will not follow the movie plot. Rather, Avalanche Software is creating something of a sequel story that follows the ongoing life of main character Riley. The game will begin with Riley falling asleep while watching TV, as so many people tend to do. However, she'll accidentally switch channels to a horror movie that happens to be running. Her subconscious will pick up on the frightening imagery and will infect her mind. 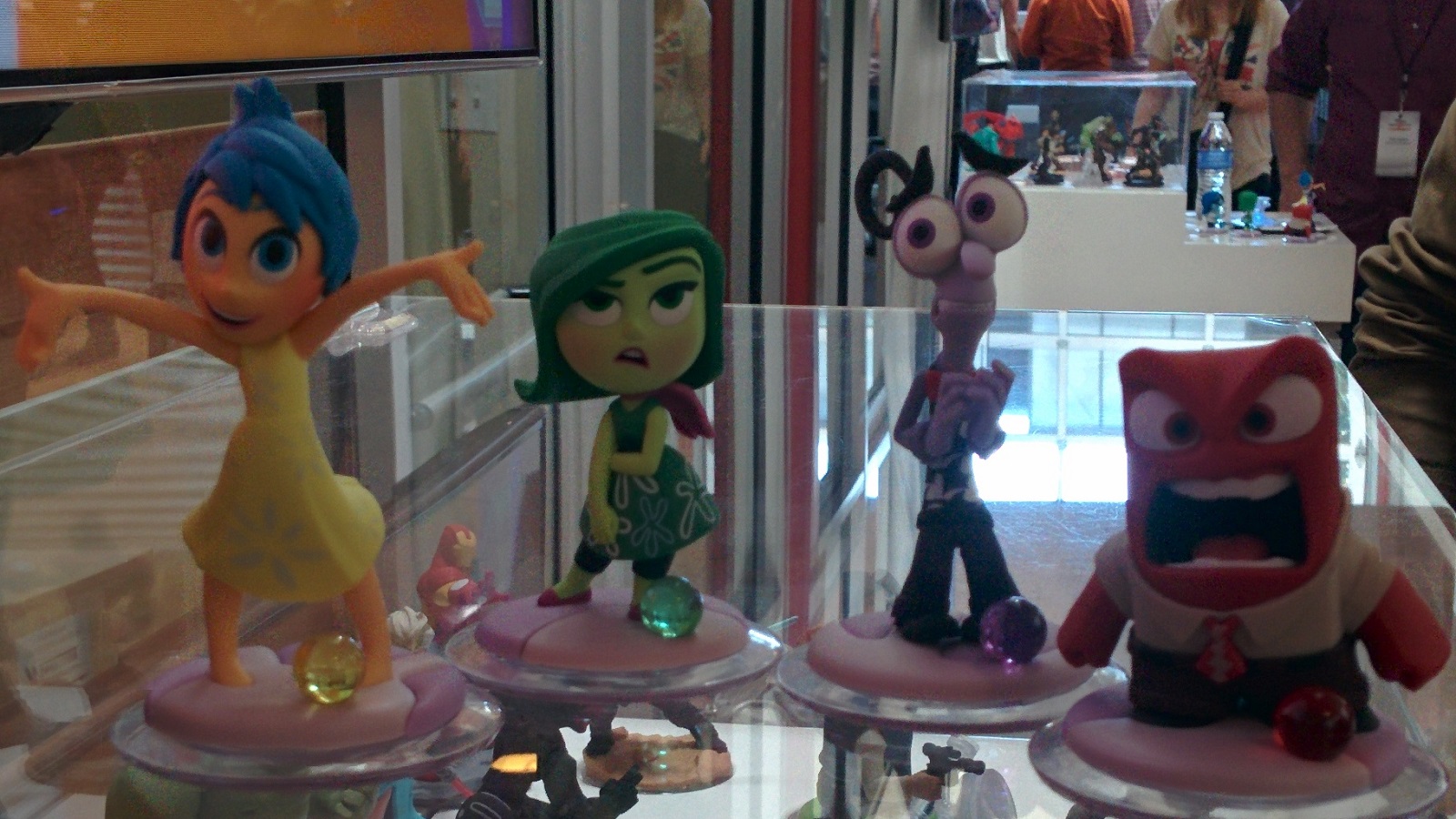 This is where the rest of the main Inside Out cast comes in. Players will jump into a 2D/3D platformer, controlling each of Riley's Emotions: Joy, Fear, Anger, Disgust, and Sadness. As swamp creatures and killer broccoli run amok in Riley's brain, the Emotions must use their unique skills to complete platforming sequences and complete certain tasks. For our hands-on, the task was to collect balloons scattered throughout the stage.

The stage would switch between 2D side-scrolling and 3D platforming at various point, finding different places to put the balloons. Avalanche even sprinkled in some novel twists to the 2D sequences by introducing anti-gravity areas that will have characters running across plains while upside-down. It's nothing intensely difficult, given the age group that the game is aiming for, but it looks to be competently put together, while also featuring some witty banter from each of the characters. 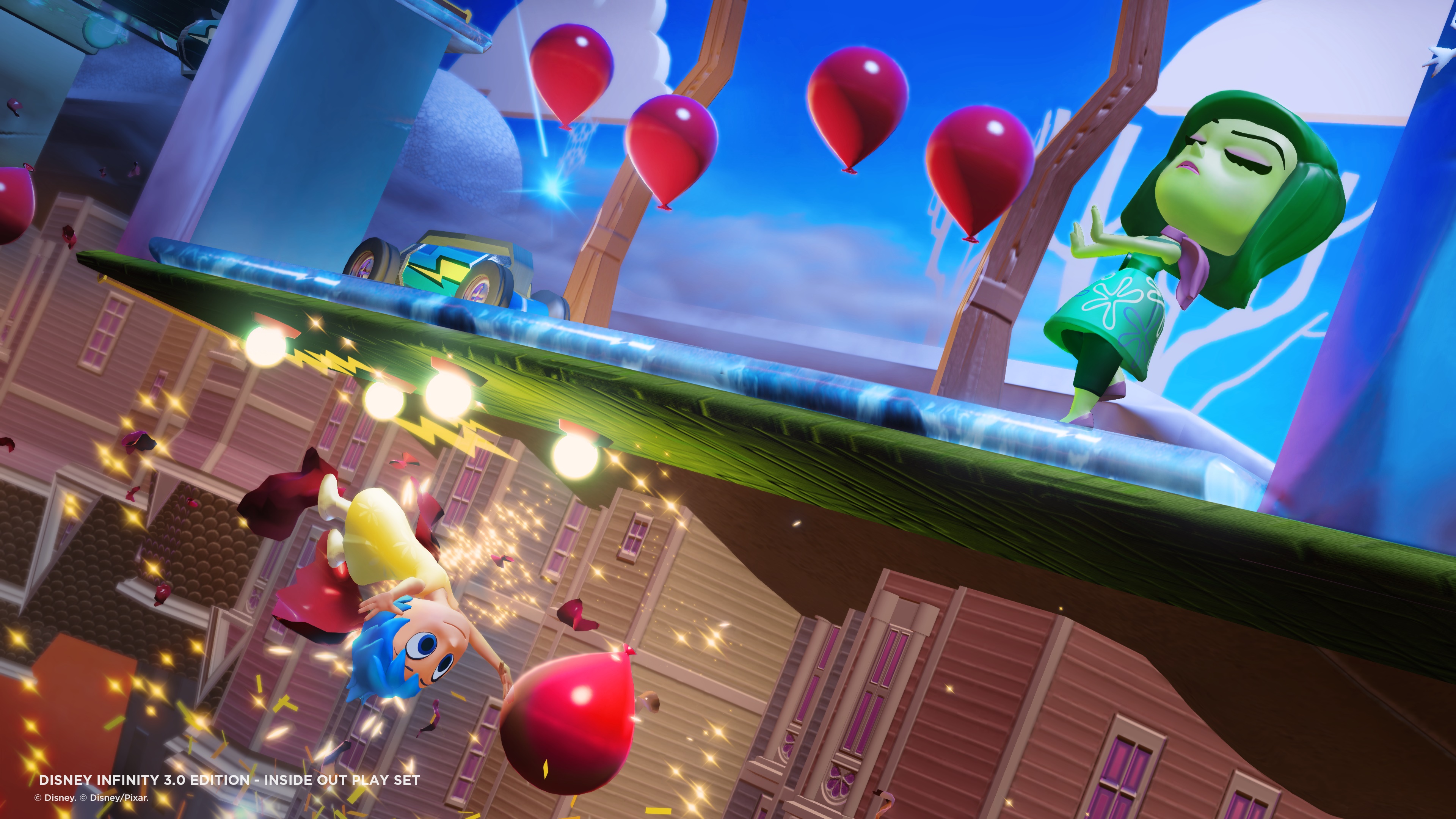 The Emotion skills include: 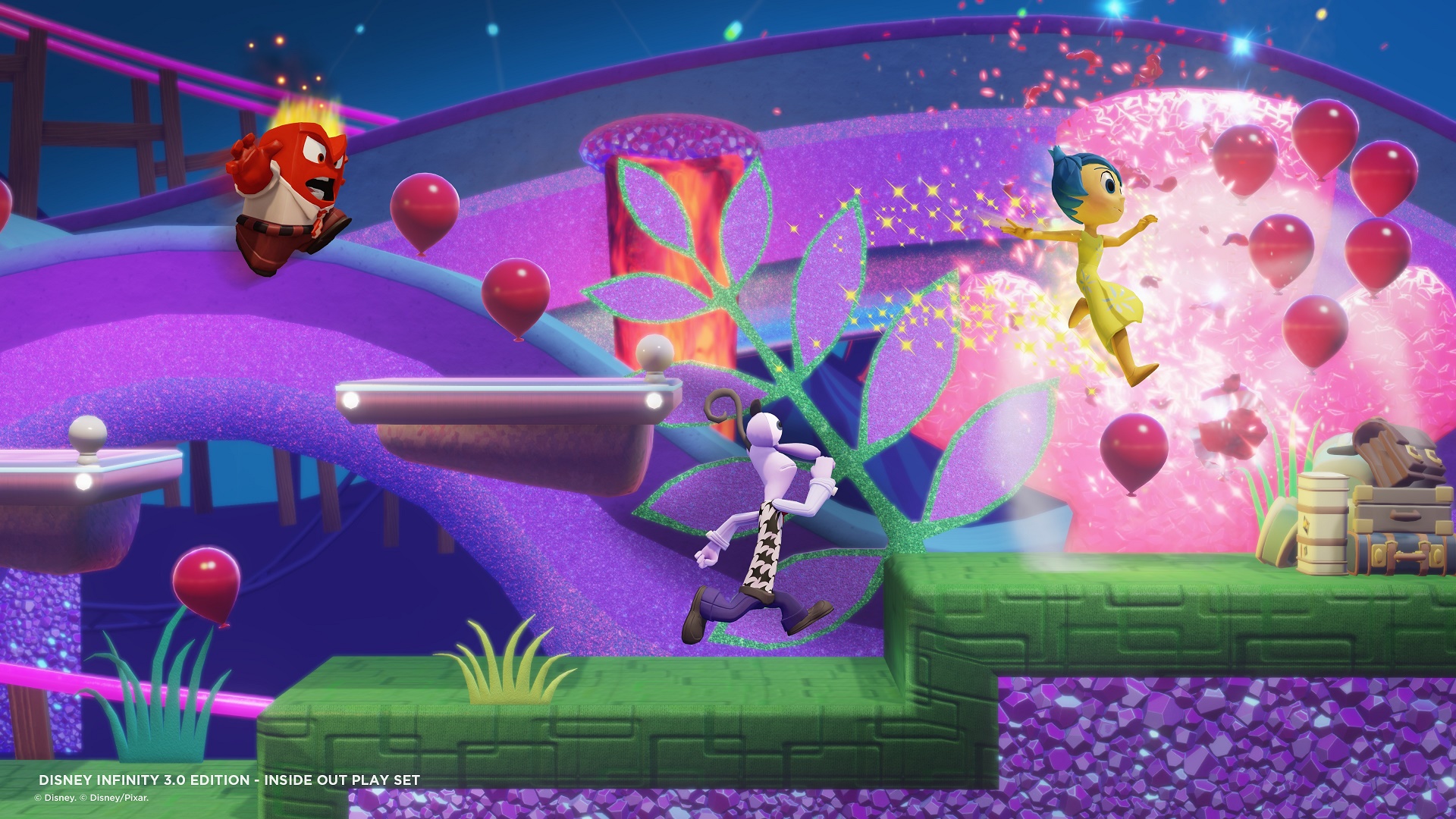 Avalanche plans to mix up the traditional platforming sequences with some puzzles, many of them based on music. To proceed, players must leap across these musical platforms in sequence to play a song and pave the way.

Players can jump into this Play Set solo, but with five Emotions, there's plenty of room for two-player co-op. Two players will be able to take the Emotions and use their skills in conjunction with one another to complete stages. For example, Anger can carry a friend across lava and keep them both safe, while Sadness can do the same for any of her other friends and stay atop clouds for an unlimited time.

Inside Out is hitting theaters in three weeks, but it'll take slightly longer for the Inside Out Play Set to make its way to Disney Infinity. These figures will be introduced with Disney Infinity 3.0 when it releases this fall on PC, PlayStation 4, Xbox One, Wii U, Xbox 360, PlayStation 3, iOS, and Android.