Life is Strange 'Chaos Theory' impressions - 'Theory' of everything

At what point did you lose your childlike innocence? When did you turn from a bright-eyed, optimistic young child and become a jaded teenager, convinced that everything in the universe has turned against you? When did hope disappear? That's one of the central themes of Life is Strange's third episode, "Chaos Theory," which has proven to be Dontnod Entertainment's best installment of the series to date.

The third episode picks up right where the second episode's powerful ending left off. There's a figurative dark cloud lingering over Blackwell Academy with Max Caulfield right at the center of it. To get to the bottom of what caused the events of the last episode to happen, Max and Chloe decide to get stealthy. 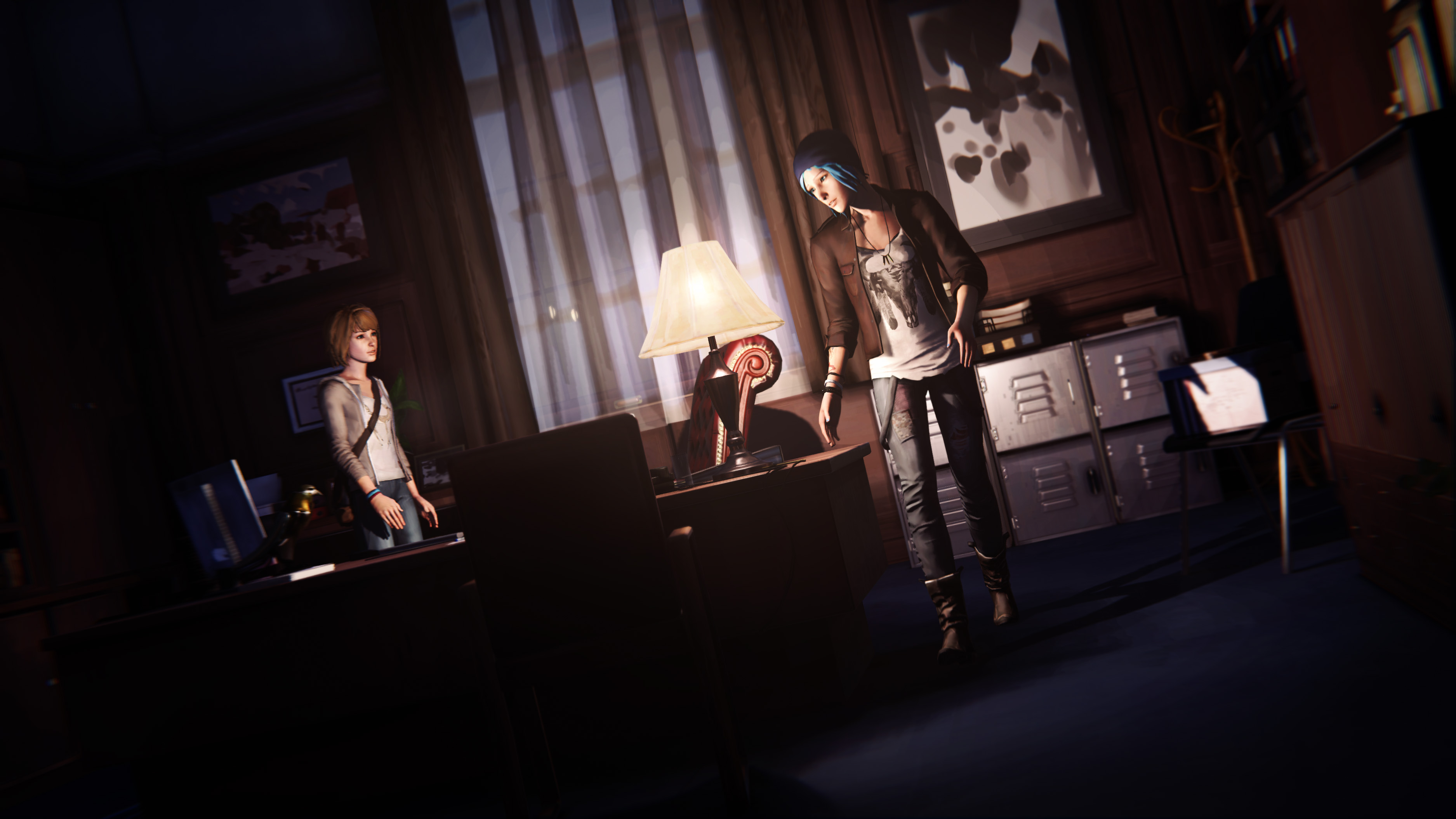 Most of the first part of the game will involve a clandestine mission to break into Pricipal Wells' office to dig through student files, getting a better insight into what's been happening. Along the way, the game continues to explore Max and Chloe's friendship, culminating with some high school mischief. This is where Dontnod adds to some of the gameplay side of the story, tossing in a stealth sequence that's all-too-brief.

More elements of one of the game's central mysteries are pushed forward, with the Rachel Amber mystery, in particular, getting a major twist. It's one that was somewhat unexpected, yet not entirely out of the realm of possibility. More importantly, the sudden left turn fits into the story fine and helps further Chloe's descent into despair. It certainly makes more sense than the plot point involving draconian school security David Madsen and the all-powerful Prescott family, though that pairing may make more sense in subsequent episodes.

While the second episode's ending was an emotional stomach punch, the third episode's ending threatens to turn the entire Life is Strange story on its head. Without spoiling the details, Max's powers take another unexpected turn, one that allows her to make an extreme change and completely change the course of events in Arcadia Bay. More specifically, it explores some complex ideas about growing up. Are tragedies meant to happen for a reason? Are they meant to shape us as people? Is there something to accepting the hand that life has dealt us? The ending of "Chaos Theory" only touches on this idea briefly, but it's one of the most gripping twists in the story so far.

If Dontnod's goal is to tell a coming-of-age tale, the third episode does so admirably. With the context of the past episodes, "Chaos Theory" represents a major turning point for Max. It's where she becomes a more assertive person, letting her inner "punk-rock girl" come out to take charge of dangerous situations. Yet, there's still more for her to experience. She still doesn't understand everything that's happening and she may yet have some big-time decisions to make in the next few episodes. And these are decisions that will likely test just how much she's learned and how much she's grown up.

"Chaos Theory" is storytelling at its best and makes some of the best uses of Max's powers to date. It not only challenges players to go back and play with the game's dialogue, but incorporates the rewind ability for stealth, logic, and sequential puzzles. The major dialogue choices didn't feel as consequential as the last episode, but in terms of helping shape Max as a person, they do the job just fine.

Given how this episode ended, look for a lot to change in episode four. That's set to arrive in July.