Sticking to its annual release schedule, Ubisoft recently revealed Assassin’s Creed Syndicate, a new game set in 1868 London or, as History buffs like to call it, the Victorian era. Ubisoft has already shared a number of details about Syndicate, including how it won't have any direct multiplayer, that it will star two playable protagonists (the siblings Jacob and Evie Frye), and that it features fast close-quarters combat with emphasis on hidden weapons like brass knuckles and sword canes. However, despite the in-depth reveal, there’s still a lot we don’t know about Syndicate, and it's important that it be a hit, given how poorly Unity was received last year. So, here are 5 suggestions that could make Syndicate a truly great addition to the series. 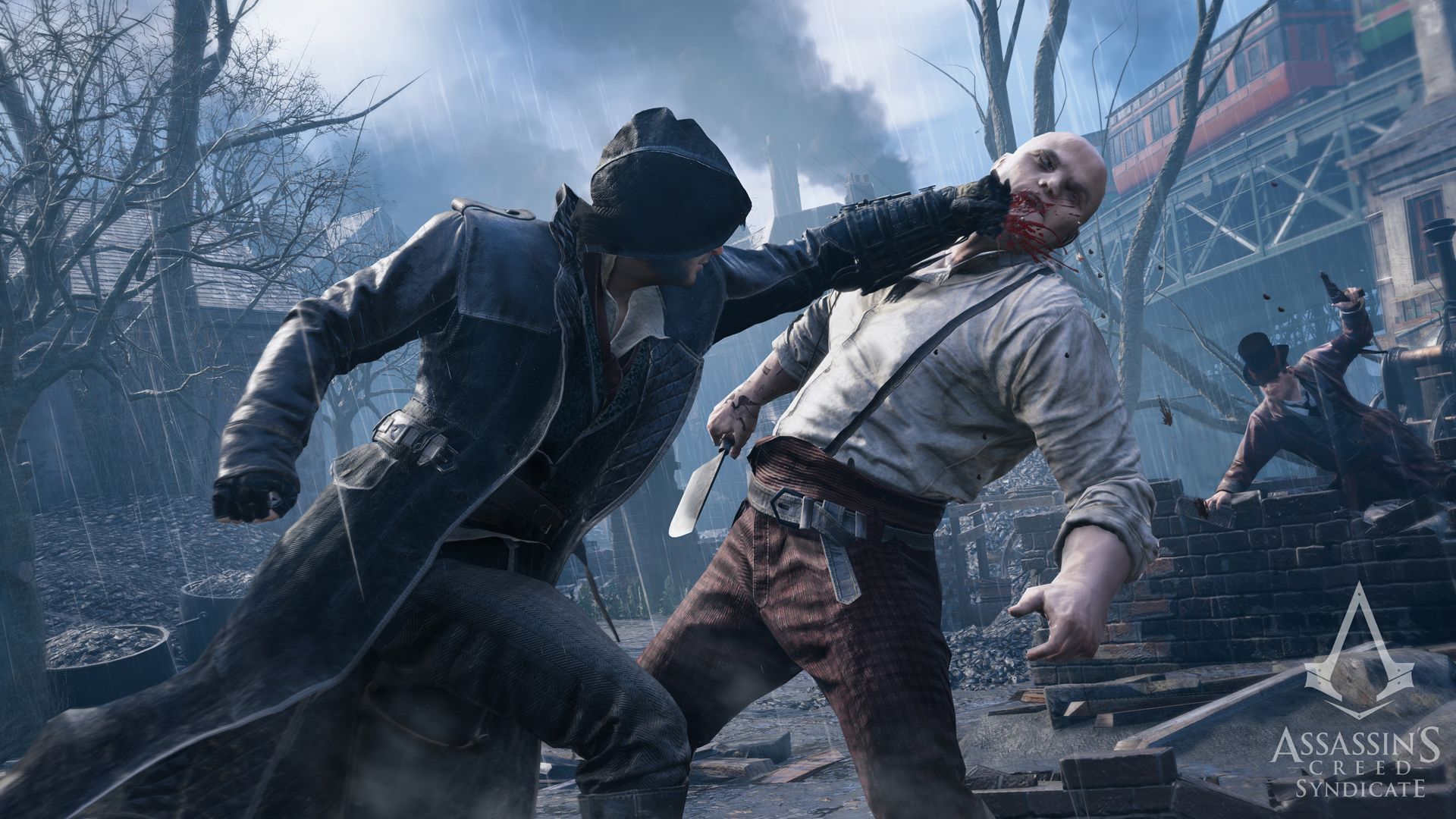 Once it had all of its technical issues sorted out, Assassin’s Creed Unity was actually a pretty decent game that showed off new-gen console capabilities. However, one element of Unity I didn't like was the difficulty curve that ramped up quickly as I ventured deeper into Paris. I understand the game wants players to focus on stealth and surprise, but a single mistake led to being swarmed by a mob of guards that could parry almost all of my attacks, then rip through my health bar with cheap shots and firearms. I’m all for combat that doesn’t feel trivial, but Unity’s combat was a gross over-correction. Hopefully, Syndicate's new fast paced combat will remedy the problem. 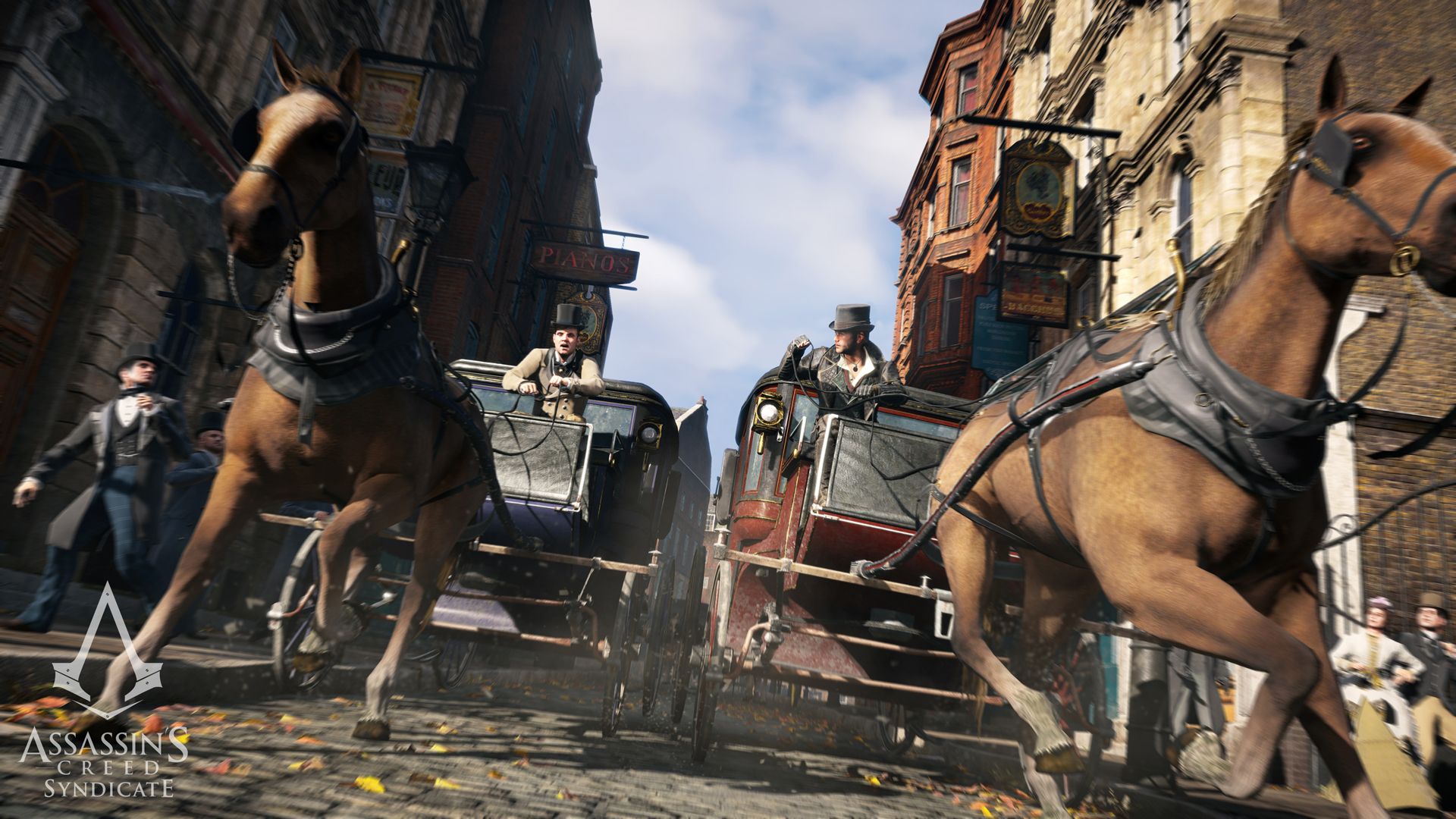 Syndicate won't have any direct forms of competitive or cooperative multiplayer, but that doesn’t mean the game can’t have any sort of multiplayer. The Club Challenges introduced in Unity allows players with like-minded interests to pool their respective points earned from single-player ventures in order to collaborate and compete with other clubs without ever directly interacting. I’d love to see Club Challenges make a return in Syndicate, along with other forms of non-direct multiplayer such as leaderboards for side content. Or maybe a way to affect other players through a companion app, similar to Watch Dogs. 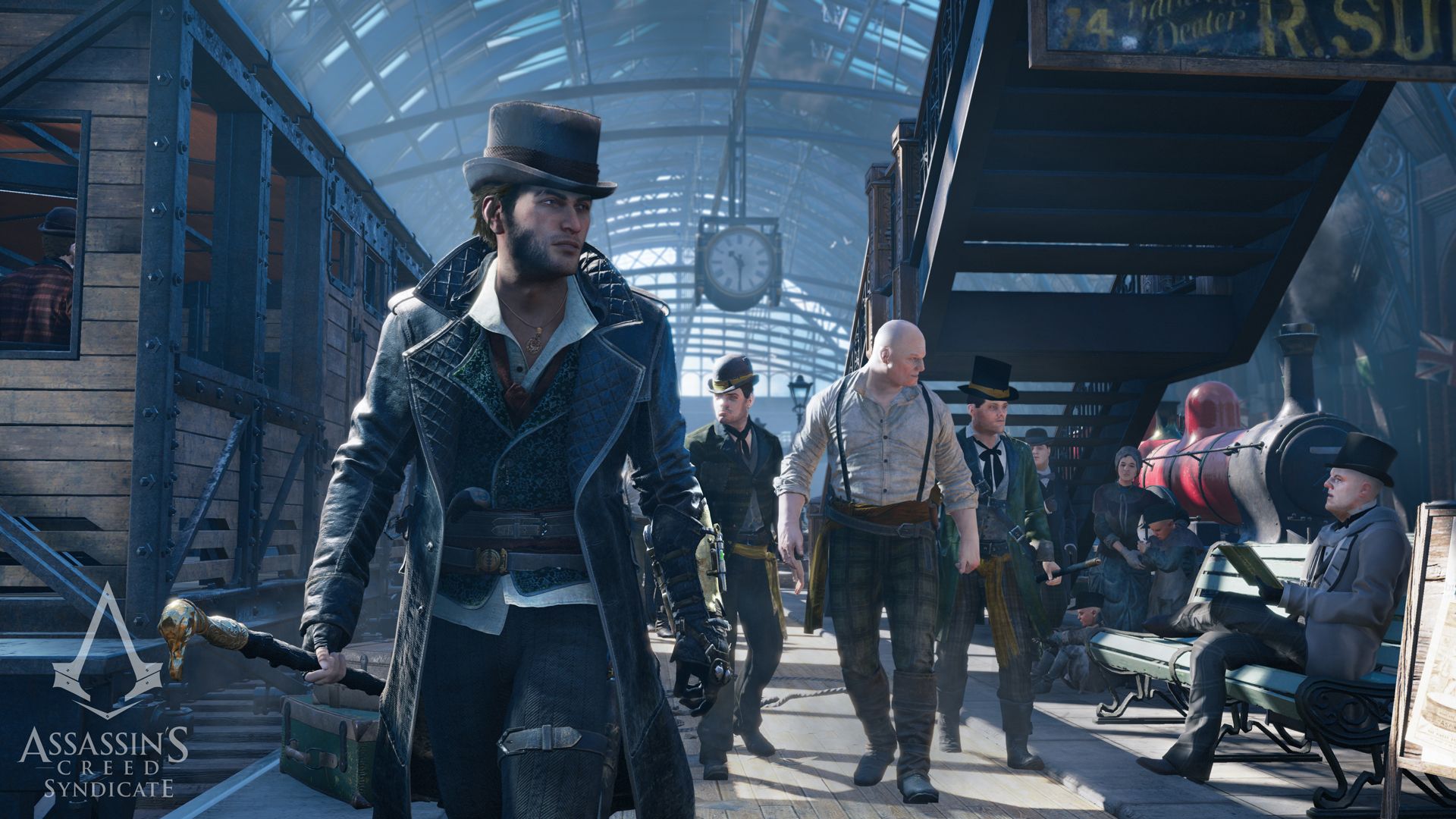 Customizing Unity’s protagonist Arno Dorian with different weapons and outfit pieces is a nice feature, but I feel that tying stats to both the weapons and outfits was a mistake. I was never able to wear the outfit pieces I liked best, since the stat boosts they granted were often inferior those offered by a better (and often uglier) piece of gear. I’d be much more amiable to a system for Syndicate that tied stats solely to weapons (such as in Assassin’s Creed II and III) and allow us to dress Jacob and Evie up however we wish without having a direct impact on gameplay.

Trim Down the Extra Services 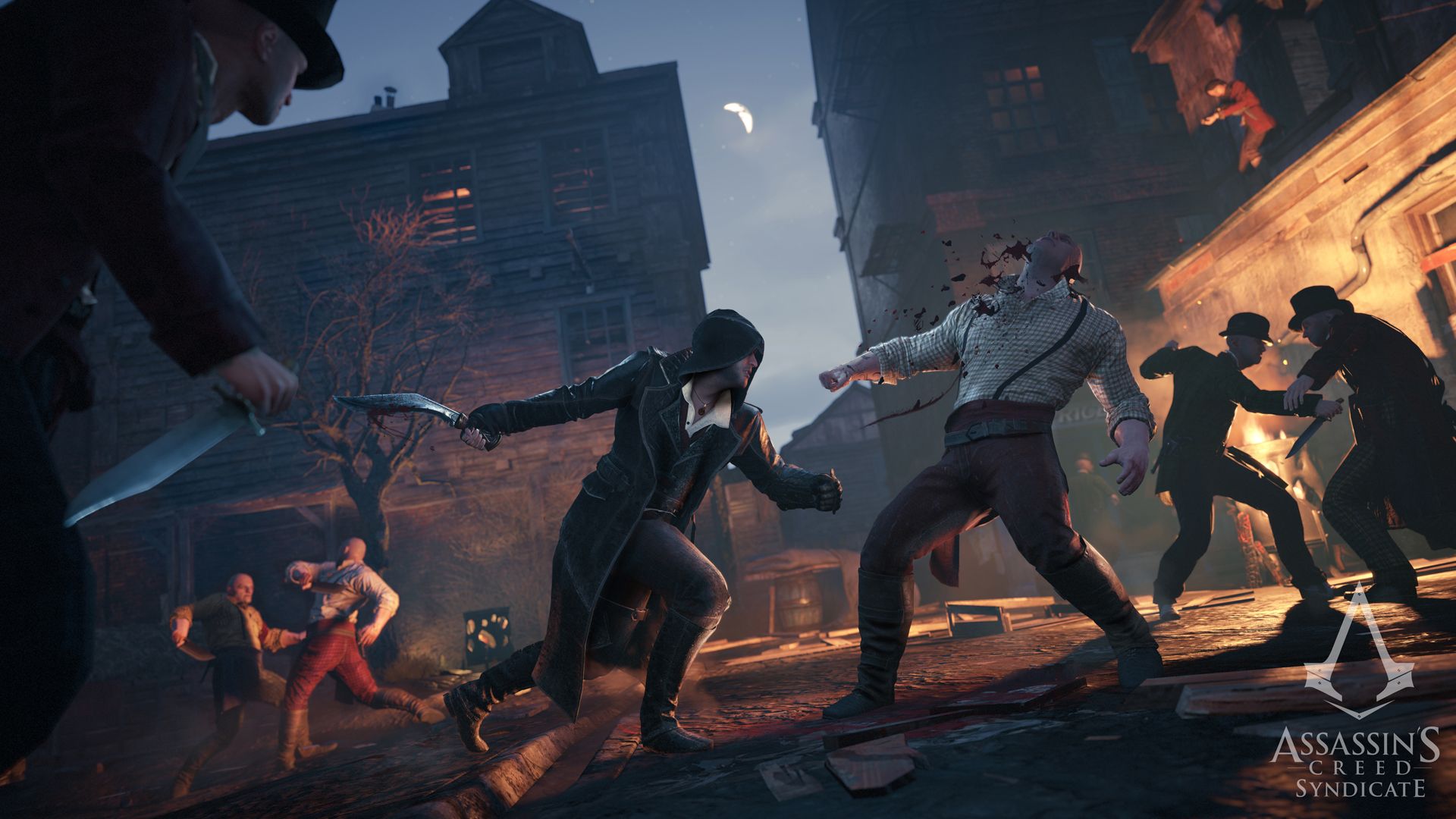 Recent Assassin’s Creed games have made great use of ancillary services such as UPlay, Assassin’s Creed Initiates, and other mobile apps. These side services started out as optional and unobtrusive distractions, but tossing them all into Assassin’s Creed Unity at once made the game feel very bloated. There was also the issue of forcing players to use the mobile app in order to unlock certain chests within Unity, which was later corrected. I’m all for giving players fun things to do when they’re not actively playing, but if the ancillary services shouldn't get in the way of the main game. 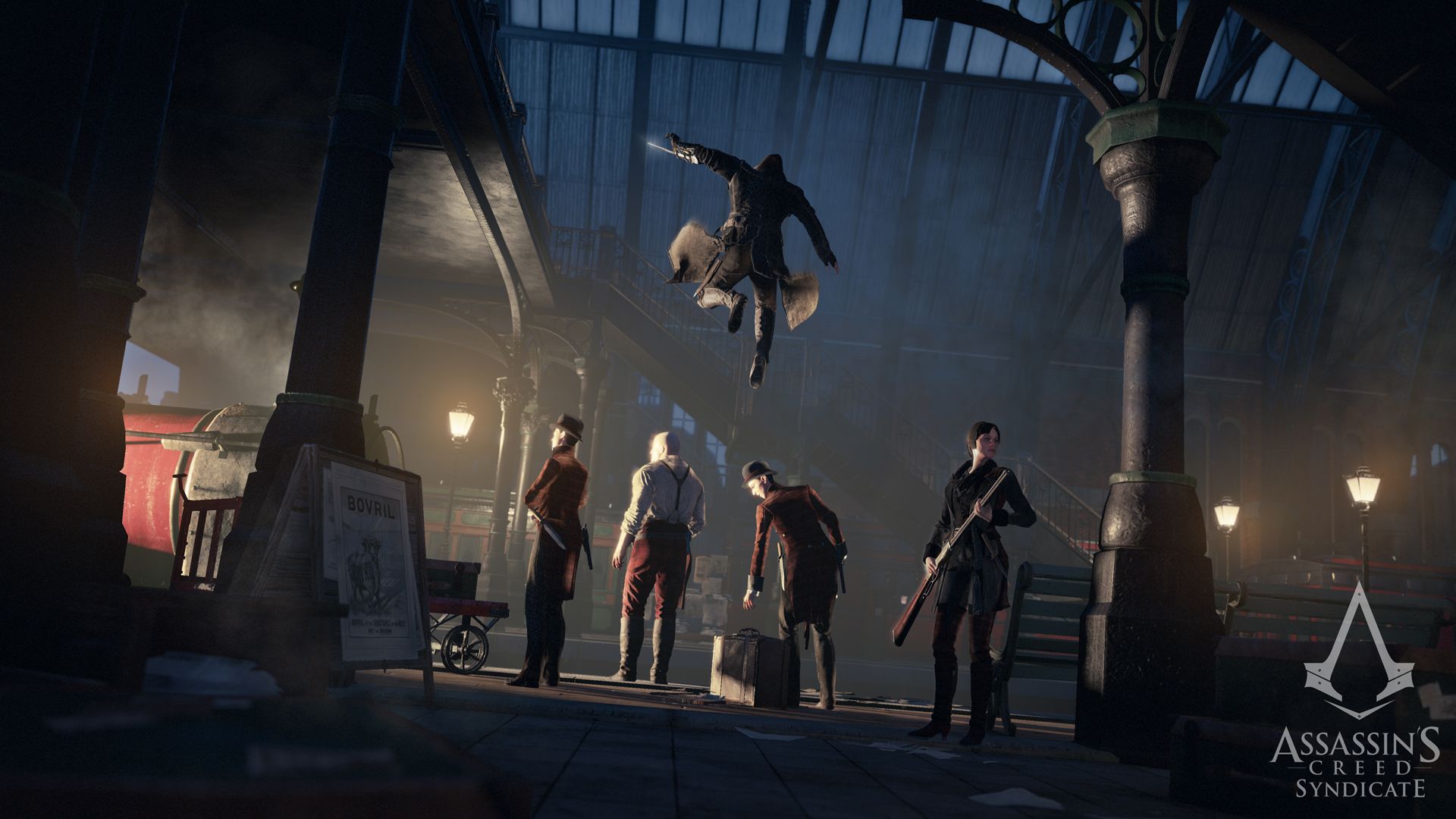 This is perhaps my wildest suggestion for Assassin’s Creed Syndicate, but it is one that I feel could help add longevity to the game. In addition to playing as Jacob and Evie, it would be great to play as customizable gang members, or other Brotherhood recruits. Past Assassin’s Creed games incorporated a system where players recruited new Assassins, sent them out on missions, and could be called for aid. Plus, we know that Syndicate will feature temporary companion characters that you can rescue.

Imagine how cool it would be if you could fully customize your own small stable of Assassins, play as them in their own missions, and have them accompany you when playing missions as Jacob and Evie. Such a system could allow players to add yet another layer of personalization onto their games and could also allow for some interesting DLC opportunities beyond the standard fare of new missions and equipment.

What features do you want to see in Assassin’s Creed Syndicate? Share your thoughts in the comments!