Super Smash Bros. for Wii U and 3DS - Mewtwo impressions

Yesterday was a big day for anyone that picked up Super Smash Bros. on both Wii U and 3DS. A legendary Pokemon resurfaced (after spending the last Smash Bros. game on the bench) with Mewtwo making his triumphant return to the series as the games' first DLC character. For those looking for a quick refresher on the psychic wonder or for those looking to get an idea of what to expect, Shacknews is offering some armchair analysis. 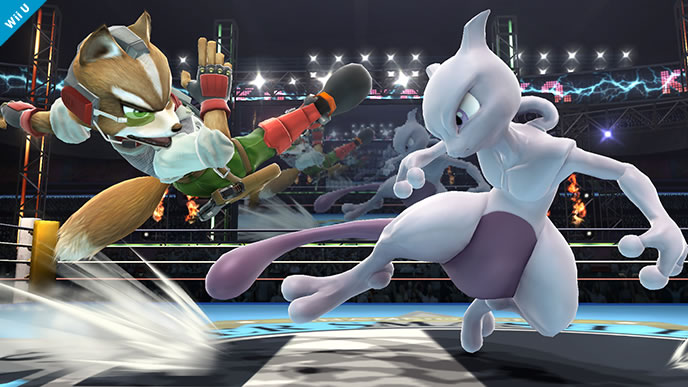 Mewtwo's neutrals and normal attacks are strong, relying on his psychic abilities to send his opponents flying. His side smash can send an opponent a good distance, while his Up smash will nail an opponent for multiple hits before send him skyward. The most interesting neutral is his Down smash, which can be something of a double-edged sword.

Mewtwo's Down smash is effective in the sense that it can launch opponents at a decent rate. The Down smash will see Mewtwo strike at the ground beneath the opponent's feet and the ensuing explosion will send them flying, allowing for some good follow-up possibilities. There's a major downside here, though. The Down smash will only hit an opponent in front and for somewhat limited range, making it a poor crowd control move. Make sure no one sneaks up behind you. 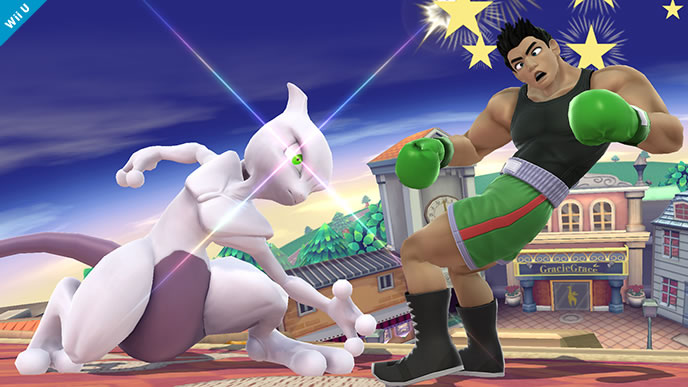 On paper, Mewtwo's specials appear to be pretty cool, even if he apparently does not have any custom moves to his name. Shadow Ball (B) is a decent projectile attack, while his Confusion (side + B) attack can stop opponent attacks by spinning them in the air. Teleport (Up + B) gets a lot of air and looks to be among the best recovery moves in the game, even if it doesn't cause any actual damage. And Disable (Down + B) is strong for stunning opponents and would seemingly be a great setup for follow-up throws of smash attacks.

And really, that's where the biggest drawback for Mewtwo can be found. Hardly any of his specials can be strung together for combos. Disable's stun time is pitifully low, while Confusion doesn't allow for combos at all, which is absurd given its juggle potential. Mewtwo's combo potential is great, but many of his moves don't take advantage of that potential and are, instead, only good for single strikes.

So then what good are Mewtwo's specials? As it turns out, they're plenty good for recovery. If Mewtwo is sent flying, his double jump (with second floaty-flip jump) already covers more ground than average. Teleport will add serious vertical air to the recovery effort, but Confusion also works great at getting some extra horizontal distance. It won't get as much distance as something like Luigi's Green Missile, but Confusion will close some serious ground and will often get Mewtwo back into the fight with inches to spare. 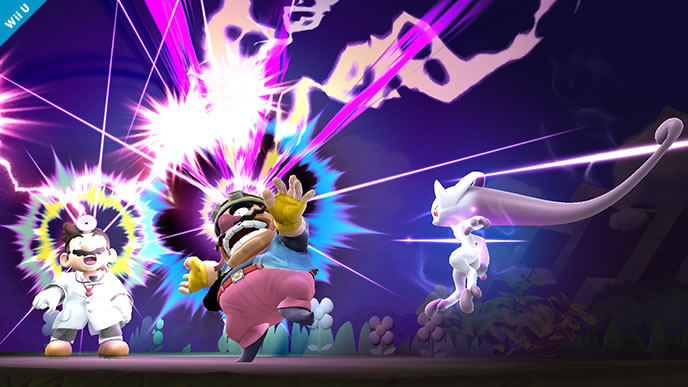 One of Mewtwo's greatest assets is his throws, which are far more powerful than they look. Just as in Melee, Mewtwo's forward throw can be combined with a trio of psychic blasts for extra damage. However, his back throw and up throw are both hard to top, in terms of power and distance. In fact, Mewtwo's throws often make for good finishers.

As mentioned before, Mewtwo's specials make it easy to make up some heavy ground if knocked off the stage. Get ready to practice that recovery, because Mewtwo will get knocked back an awful lot. Though his physical appearance would indicate otherwise, Mewtwo is actually one of the lightest characters in the game. He's even lighter than he was in Melee, making it easy to send him flying. He's definitely a character that wants to avoid toe-to-toe fights with larger brutes and definitely does not want to be surrounded by other fighters.

His Final Smash is also pretty unremarkable. He'll make a very brief transformation into his Mega Evolution and will fire a souped-up Shadow Ball at his foes. Anyone caught in the blast will be momentarily stunned before a trio of psychic blasts zap them in the brain, leading to an explosion. It's quick and it's honestly kind of disappointing, given what the psychic terror is capable of.

For those that don't have Mewtwo yet, look for the Psychic Pokemon to arrive on April 28.