The Man Without Fear has been trending all weekend, with Daredevil making his Netflix debut. To celebrate his arrival, the crew at Gazillion wasted no time in adding Matt Murdock's black Daredevil costume (seen in the early episodes, as well as during the Frank Miller/John Romita Jr. run of the comics) to Marvel Heroes 2015. In addition to some flashy new duds, the character is getting a special round of buffs to entice new players to give him a go. 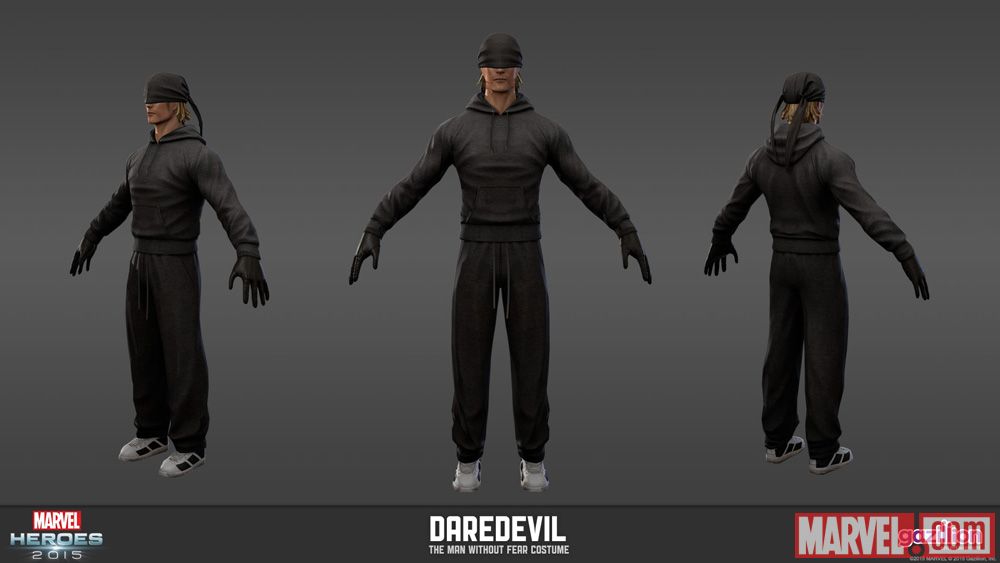 "We overhauled Daredevil’s Unique items and in general, made him a bit [sturdier] to play as," community manager Ryan Collins told Marvel's Ben Chabala. "And as I mentioned, we’ve turned on a server-side XP 50% boost for anybody playing Daredevil!"

The costume is available now in the in-game store, with other Daredevil items also on sale. Marvel Heroes 2015 players will also get a chance to play with some of the game's more recent updates. As originally teased by David Brevik during our interview at GDC, the MMORPG received its latest raid, based on last fall's Axis event.

Also, in the spirit of the recent Daredevil boosts, it should be noted that Marvel Heroes most recently added another of its litigious warriors, the glamorous giant She-Hulk.

Look for upcoming Marvel Heroes 2015 updates to tie in to another major Marvel event, with an unspecified Age of Ultron tie-in slated to arrive in the near future.