Logitech announced its G910 Orion Spark back in September 2014 as a keyboard that is specifically geared towards gamers. The G910 features mechanical keys that use Romer-G switches, instead of the industry popular Cherry switches, for improved durability, as well as its improved actuator speed and its intelligent illumination.

But that’s not all this keyboard features as it’s illuminated by RGB lighting for every key, which means you can create some unique visual effects that will make you the envy of any LAN party, or at least those who ever get to see your keyboard in person. The G910 also features nine programmable G-keys and a slide-out tray that allows its user to place their phone into, which can then use the Arx Control app to display additional information to whatever it is their playing.

The G910 certainly has a lot of bells and whistles, so how does it perform? That’s exactly what we’re here to find out in our review.

Power In The Palm Of Your Hands

One of the most important aspects of any keyboard is how it feels. I write a lot of words on a daily basis, so having a comfortable keyboard is extremely important to me. I went from the Logitech Wireless Solar Keyboard K760, which is nowhere near a gaming keyboard, to the G910 Orion Spark, so the learning curve was extremely difficult for me. One thing I had to get used to was the sheer size of the G910 as I was pretty comfortable with a compact keyboard since I didn’t need anything larger than that to write my stories. The G910, as you can see from images of it, is a massive full-sized keyboard. It features a full QWERTY layout, directional keys, and a number keypad. Above the number keypad, there’s a volume scroller that can increase or decrease your audio with a flick of your finger, or by a few levels with a lighter touch. Next to the scroller is a dedicated mute button, which can come in handy if you’re being verbally assaulted by a 7-year-old in front of family and friends. Above those are dedicated playback buttons and a button that toggles the lights on your keyboard. Considering they’re so close to where my mouse is, it’s nice to have these buttons so close to my right hand.

The nine programmable keys are located on the left side of the keyboard with 5 available in a column to the left of the keys, while 4 additional keys are located in a row above the F1 - F4 keys. You can also change your profiles, which means you really have 27 programmable macro keys if you know exactly how to manage them. The keyboard also has the ability to record macros in a simple way, just press the Macro Record (MR) button, and then press it again to stop recording.

The keys themselves take a bit of getting used to as they keycaps are completely unique to the G910. They keys have a dished shape to them as the WASD controls and surrounding keys have a four-facet dished shape, while the right side of the keyboard have a three-facet dished shape. After using the keyboard for some time, I can tell you the shape of the keys make it much easier to find whatever key I’m looking to press just by feeling them. Both the WASD and arrow keys also feature an extra backlit design in order to help distinguish them from surrounding keys.

RGB keyboards and mice are becoming increasingly popular, and Logitech created a highly customizable one with its G910. In order to customize it, you’ll need to download the Logitech G software, which gives owners of the G910 all they need to customize it to however they would like it to look. Custom lighting effects can be selected, which can change the colors of your keys depending on which is pressed, change color based on a breathing effect, change colors in waves, have random keys change colors through a star effect, or change colors altogether in a cycle. You can also change the color of just specific keys, highlight specific zones (such as the WASD and arrow keys), or highlight colors based on the game you’re playing.

There are a number of stock light colors available, but custom colors can also be created to give you just the right color. In my experience, I never had trouble getting a certain color to show up on the G910 or found any issues with customizing it to my taste. I’m not incredibly imaginative, so I’ve been fine with the key press effect that changes my blue keyboard keys to red as I type on them. 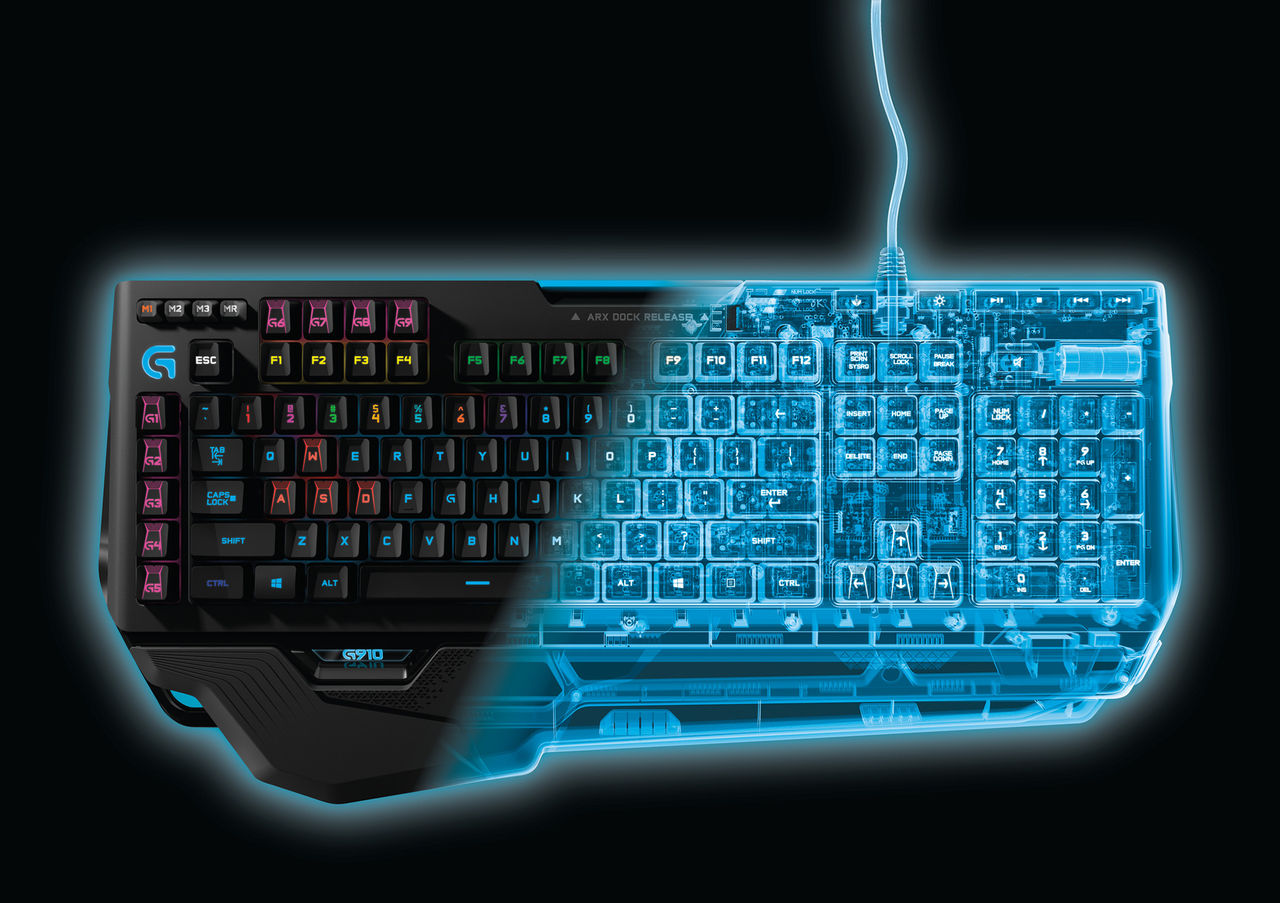 As I said in my opening paragraph, I haven’t had much experience with keyboards of this size or customization, but after using it for some time, I’ve really enjoyed how it performs as well as how versatile it is depending on what I’m playing or working on. The shape of the keycaps felt strange at first, but I became accustomed to their feel and find them to be extremely helpful when I’m looking for a specific key to press. The G910 Orion Spark is a keyboard I would recommend if you like the customization options of RGB peripherals, needs more programmable keys for their games, or enjoys mechanical keyboards as I don't find myself changing it out for another one any time soon.